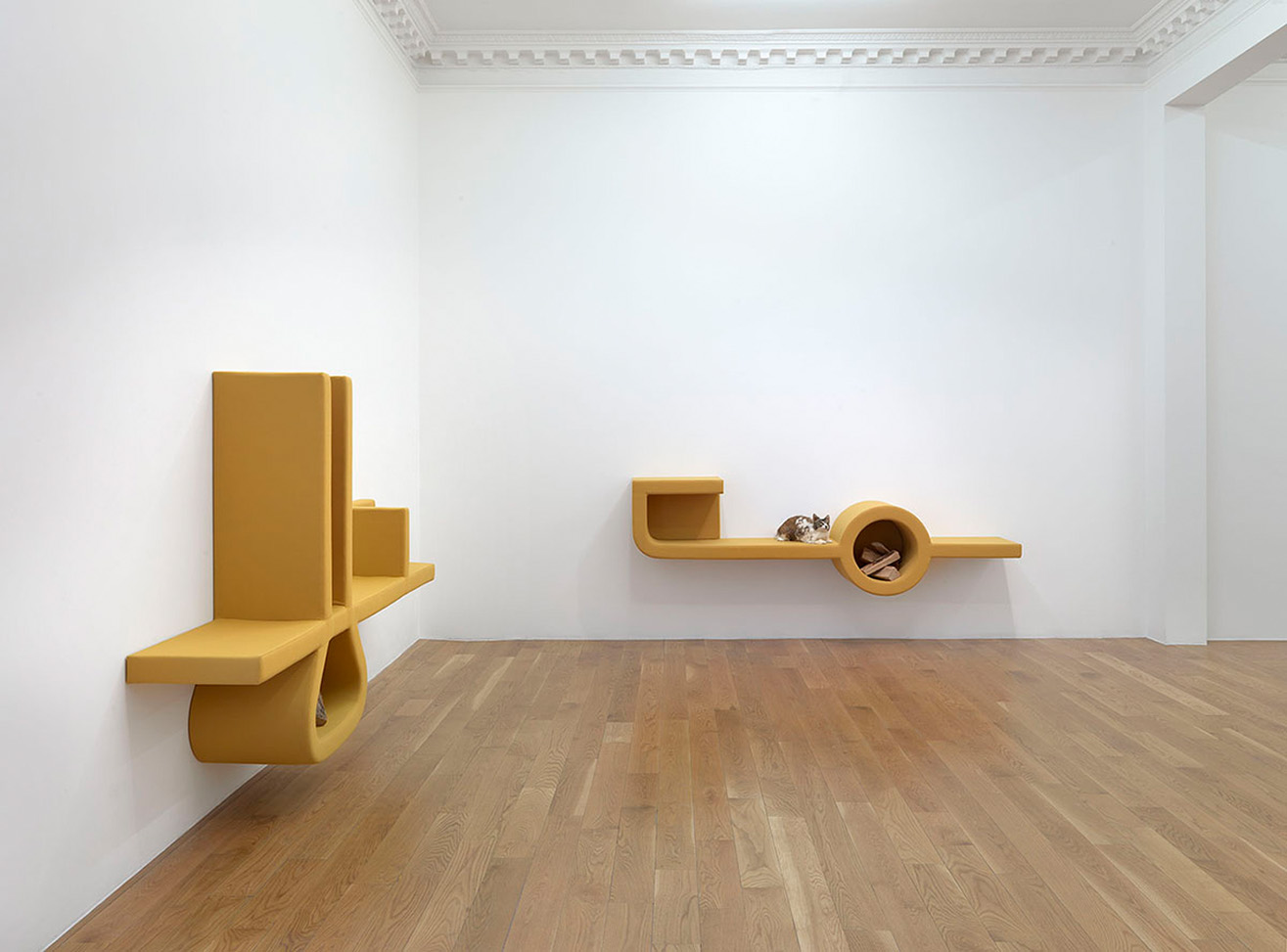 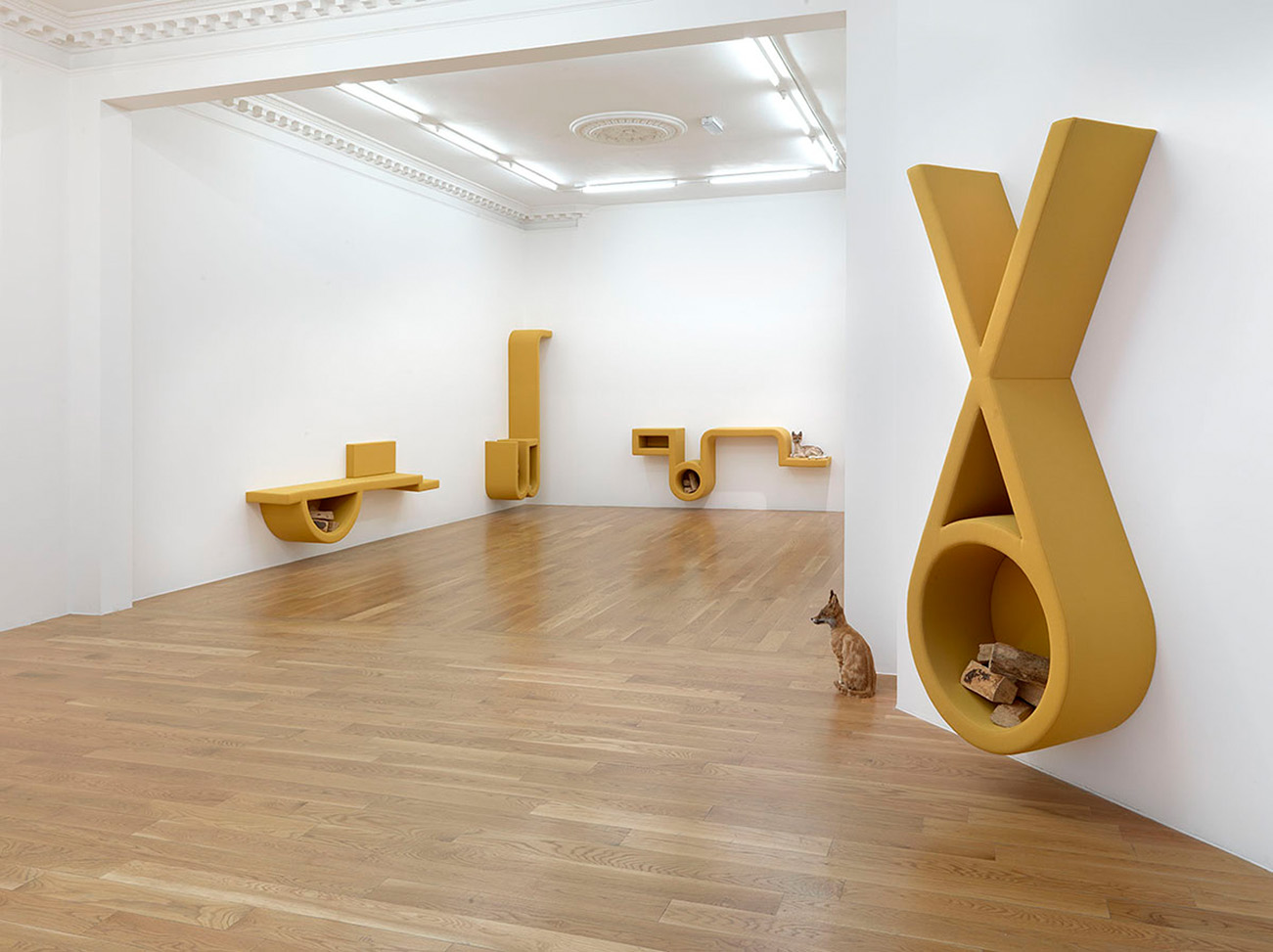 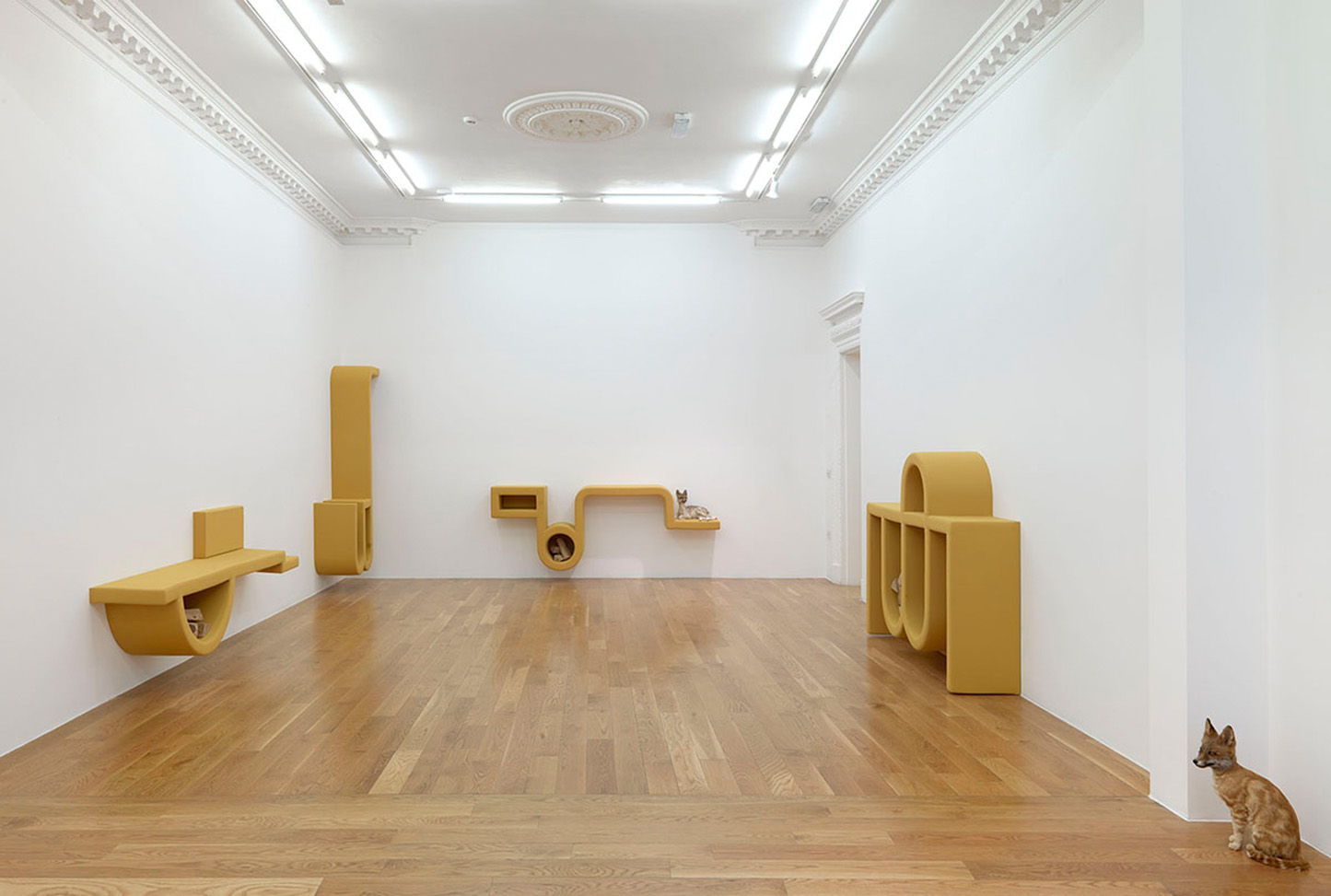 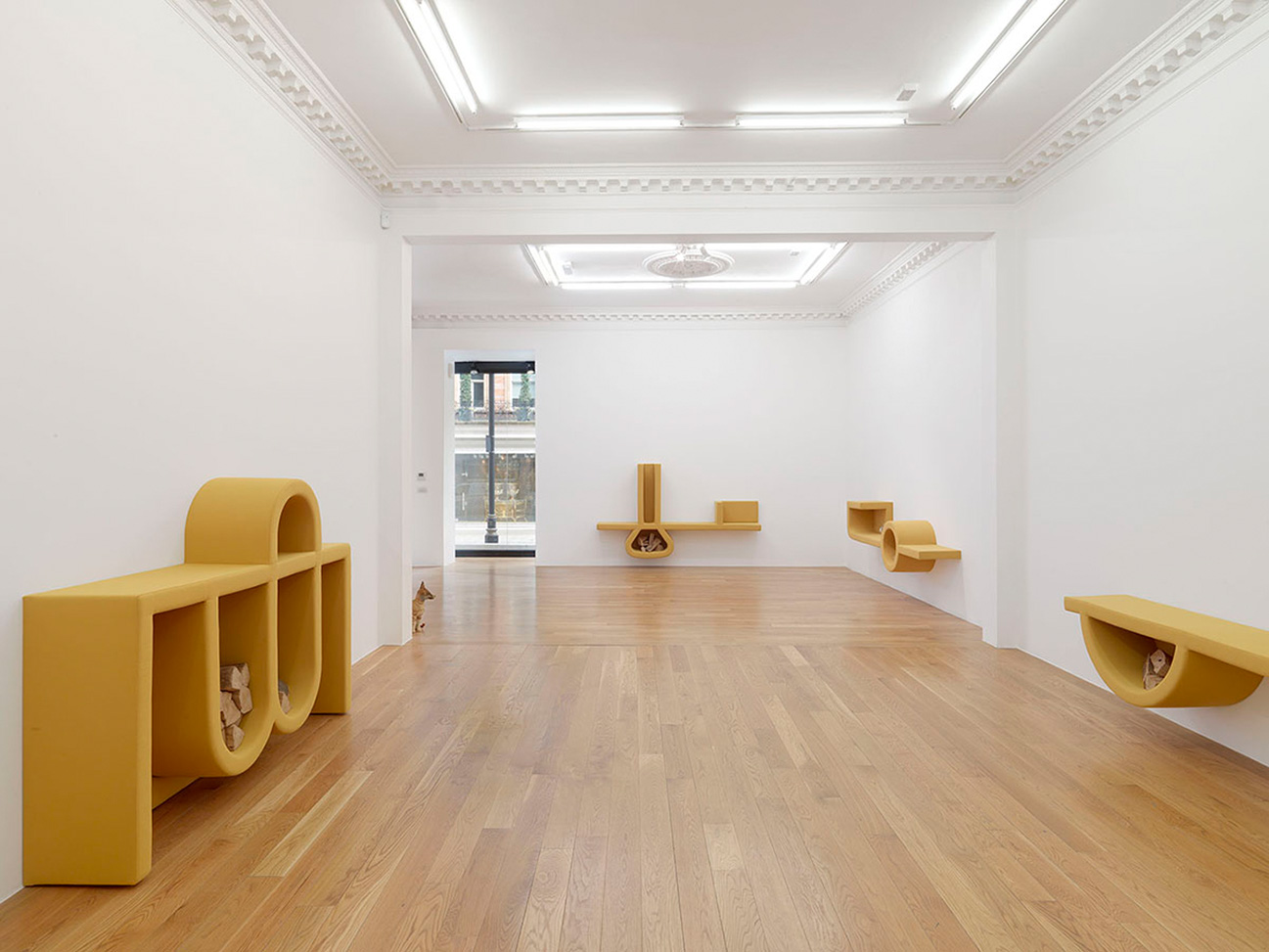 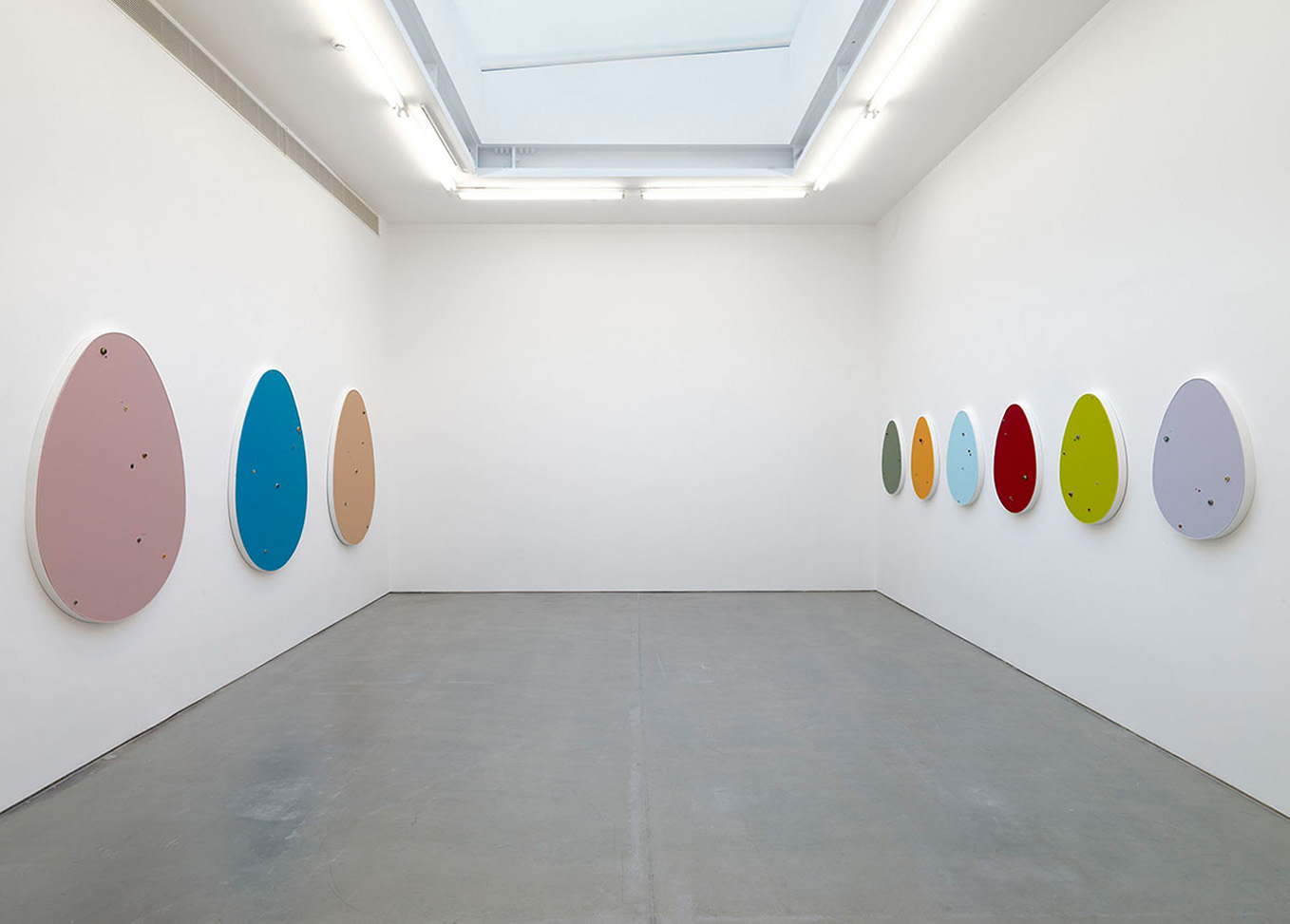 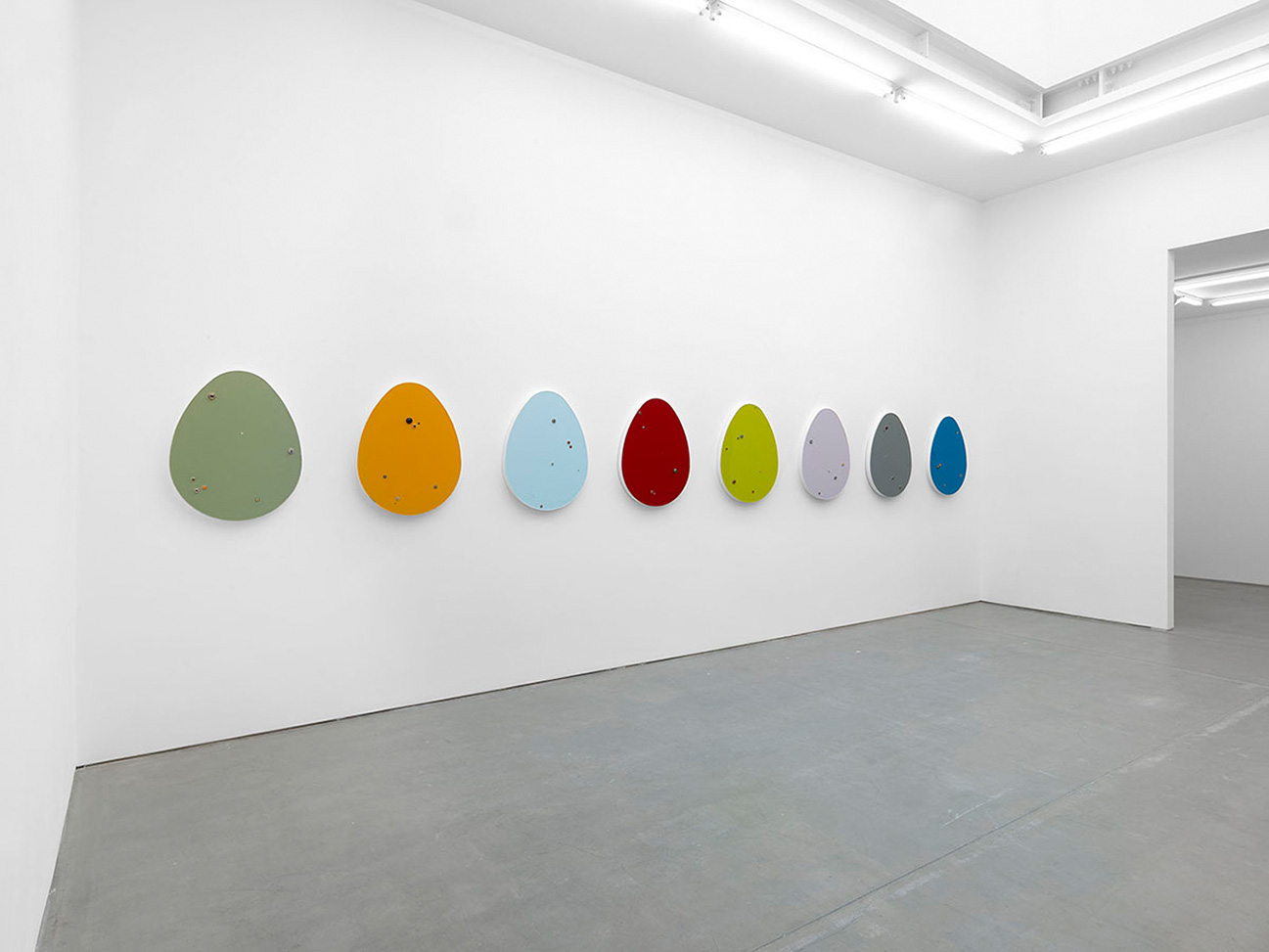 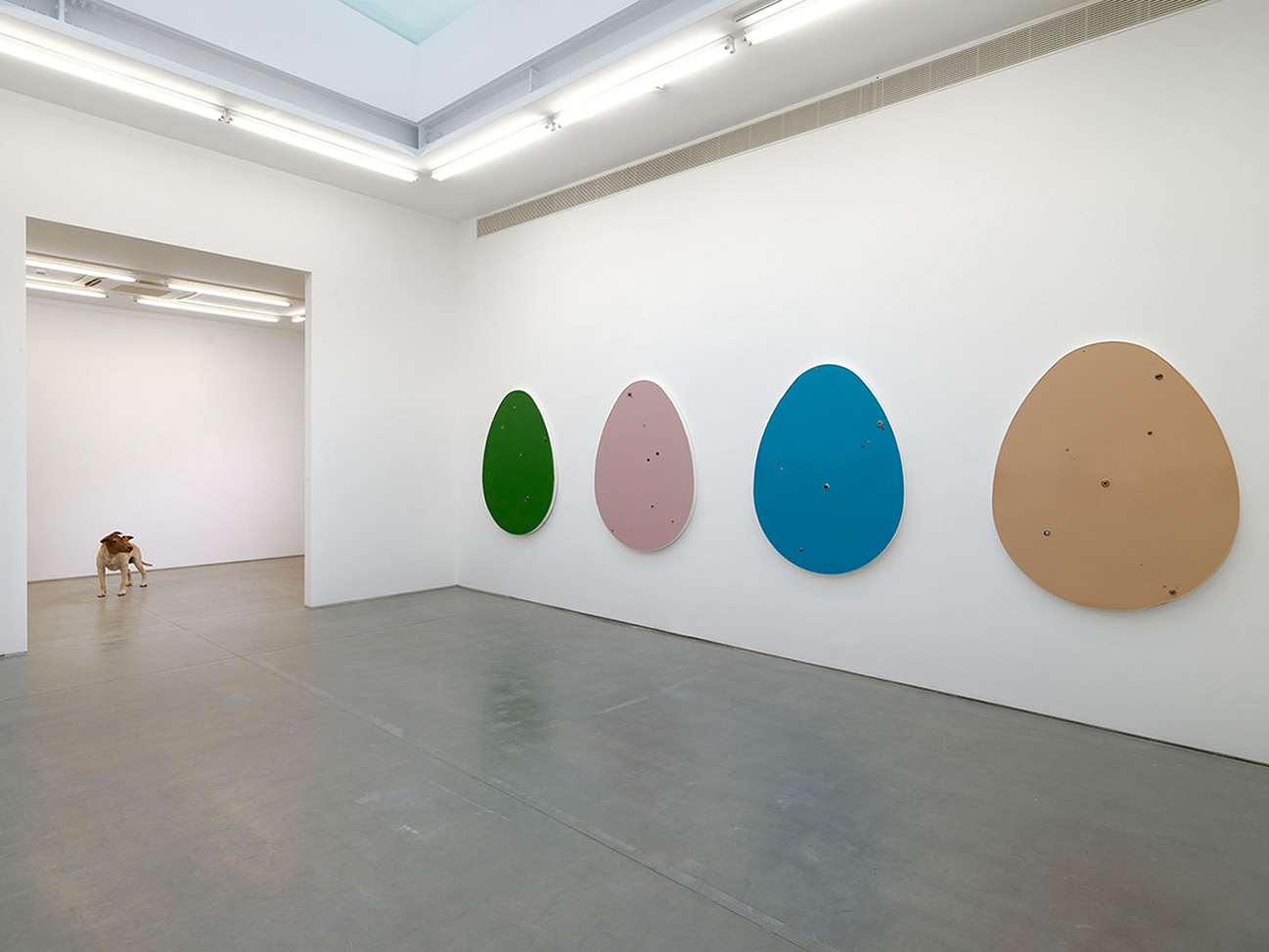 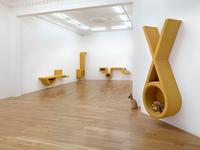 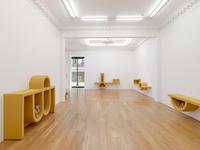 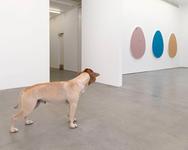 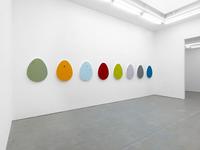 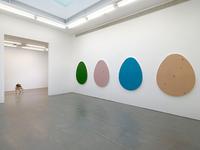 The dynamic world of Thomas Grünfeld expresses itself through mixed media, which include sculpture, taxidermy, photography, felt-collages and installations. The artist aims to generate mixed feelings in the viewer, by playing with the subtle boundary that divides what appears recognisable and what is artificial. Margaret presents Grünfeld’s renowned body of work, such as his strange taxidermy figures, the uncanny objects of the upholstery series and the metaphysical Eye Paintings.

ForMargaret the gallery is transformed into an eerie mock-up of domestic ambiance. The first room will be filled by Thomas Grünfeld’s signature mustard colour series of Polsters (Upholstery Objects) – that he first made for a show at Massimo De Carlo in Milan in 1988: half design objects, half cushions, these works trick the viewer into thinking they are functional, shifting between familiar and unfamiliar, usable and unusable.

The yellow mustard shade of the foam sculptures that, as Grünfeld puts it “is something you would associate with a granny’s house but at the same time now it could be fashionable” – enhances the surreal Twin Peaks atmosphere of the room (Margaret is the name of the iconic “Log-Lady”) and hints to British interior design as it includes in each cushion a “fireplace”. The unsettling environment is heightened by the piles of wooden logs that lay in these fireplaces: the absence of a real fireplace and the inserting of the logs in a semi domestic setting plays with the notion of simple and complex, absurd and logical, realistic and fictional.

Intricately sewn together taxidermy animal hybrids that the artist has long called misfits, are scattered around the various rooms of the exhibition, giving the viewer the evil eye and guarding the pieces in the show. These strange pets, which originate in part from Thomas Grünfeld’s interest in German folkloristic tradition, seem to be there to remind us that the artist’s practice, although it appears rational at first glance, is completely rooted in the irrational and in the exploration of absurdity.

The exhibition is structured as a progressive detour into the realm of the artificial, where the viewer’s perception of reality is challenged and mystified. In the basement, the sleek oval shaped Egg Paintings, a homage to Lucio Fontana, paired with the optical and visual challenge (as if they are watching you) of the “Eyes” enhance the aura of a surreal daze around Grünfeld’s practice. Walking around Margaret makes you feel like you have found yourself in someone’s house when they are not home: familiar and unfamiliar, subdued and exciting, reassuring and unnerving.