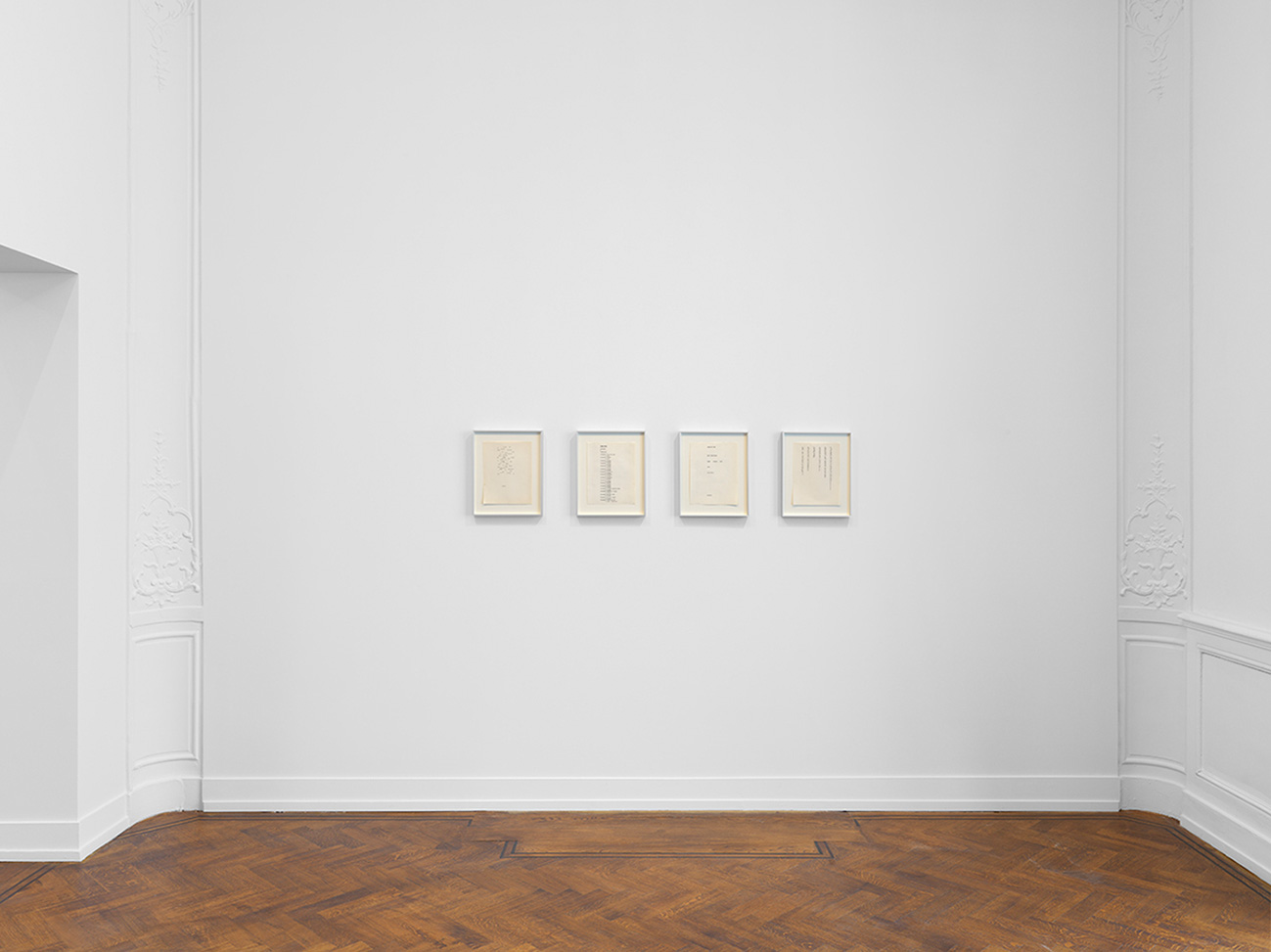 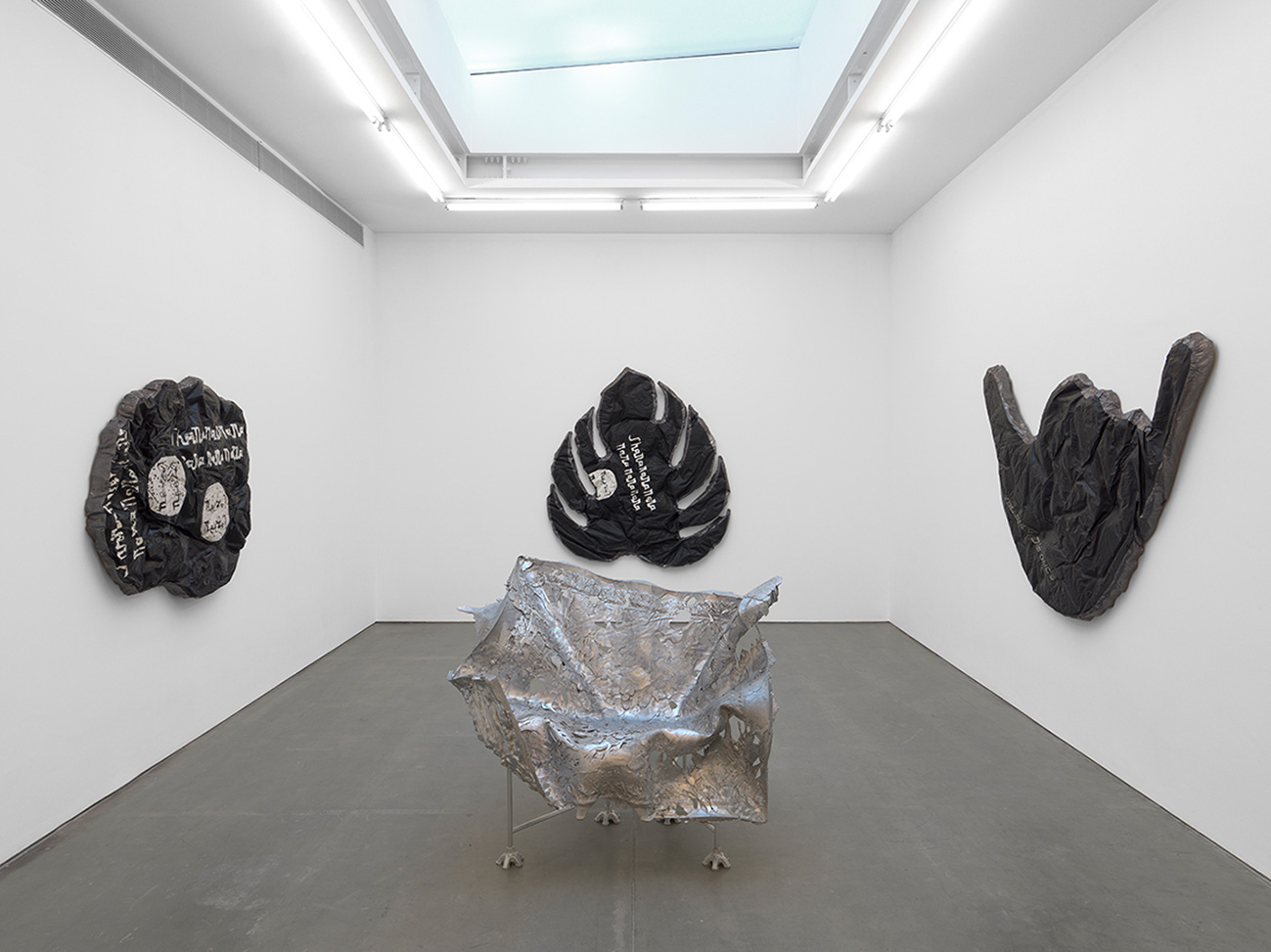 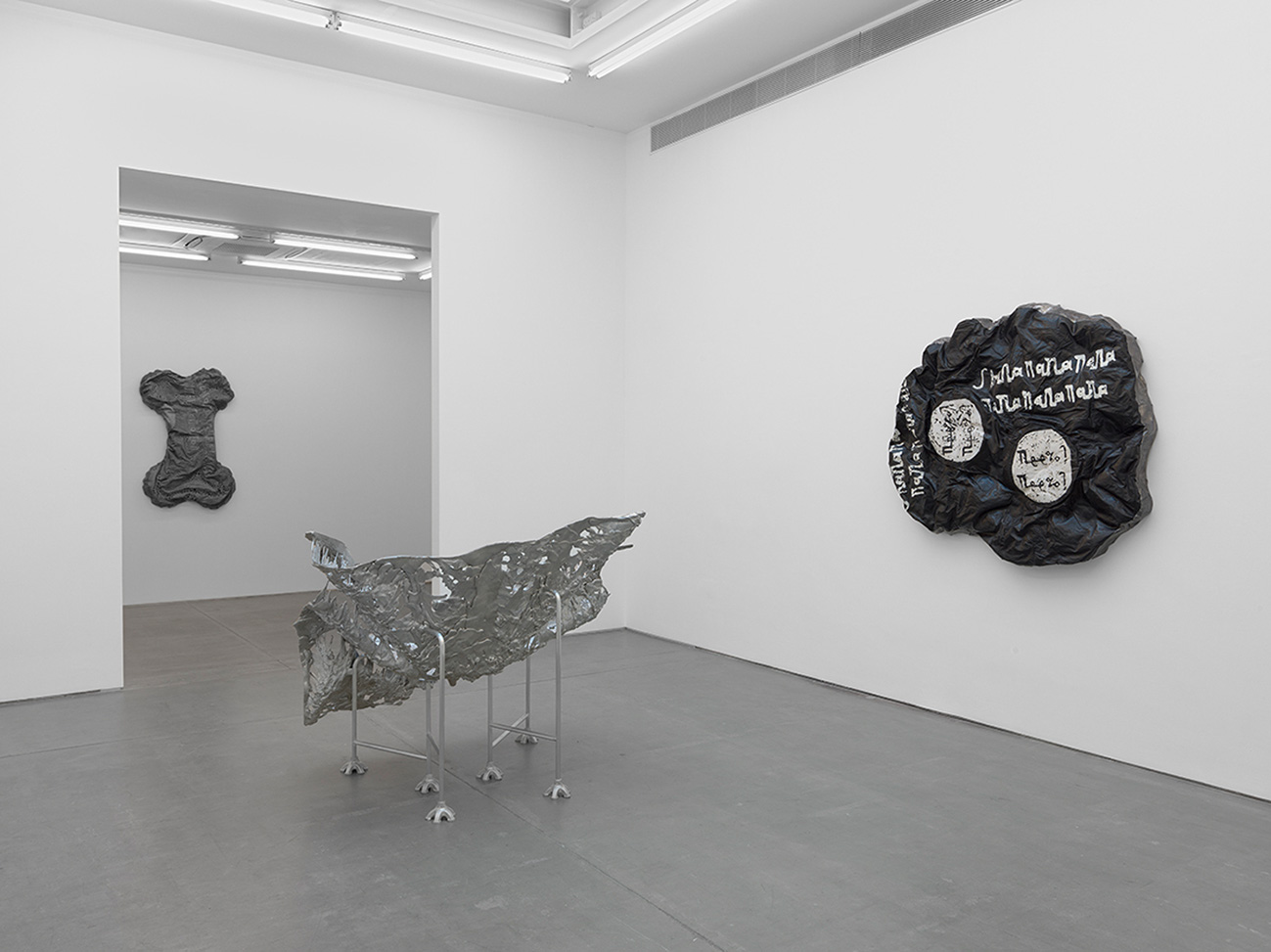 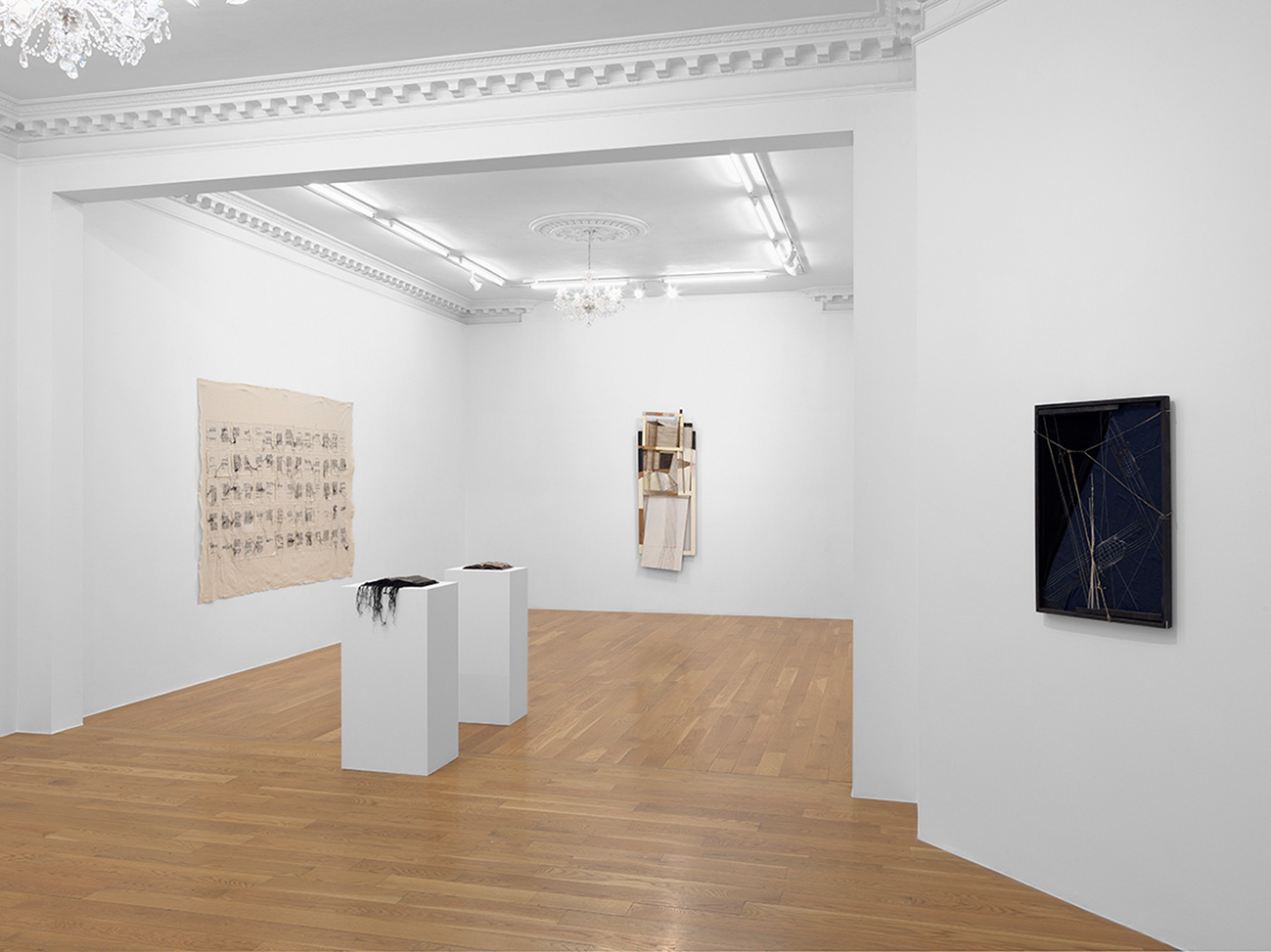 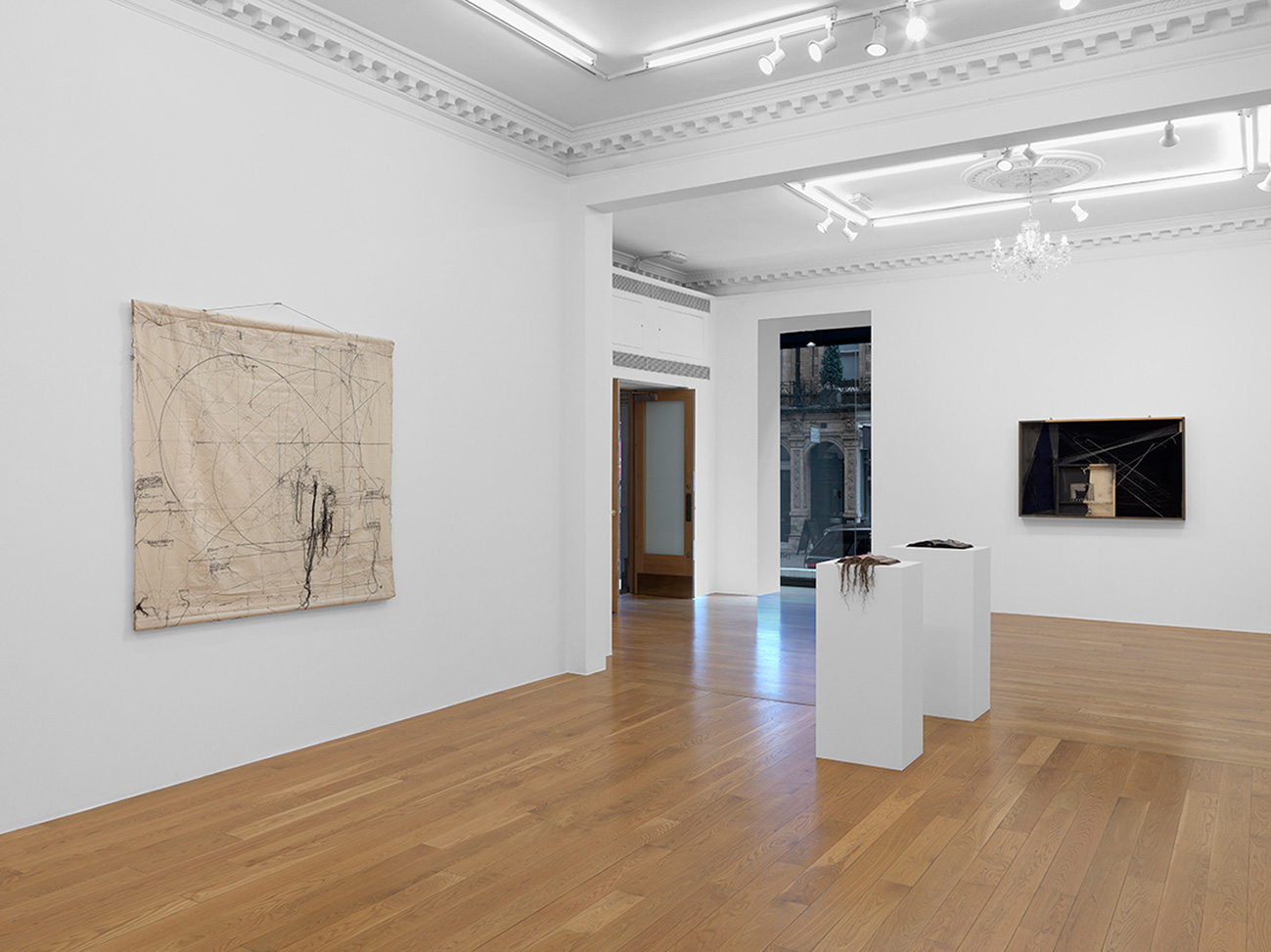 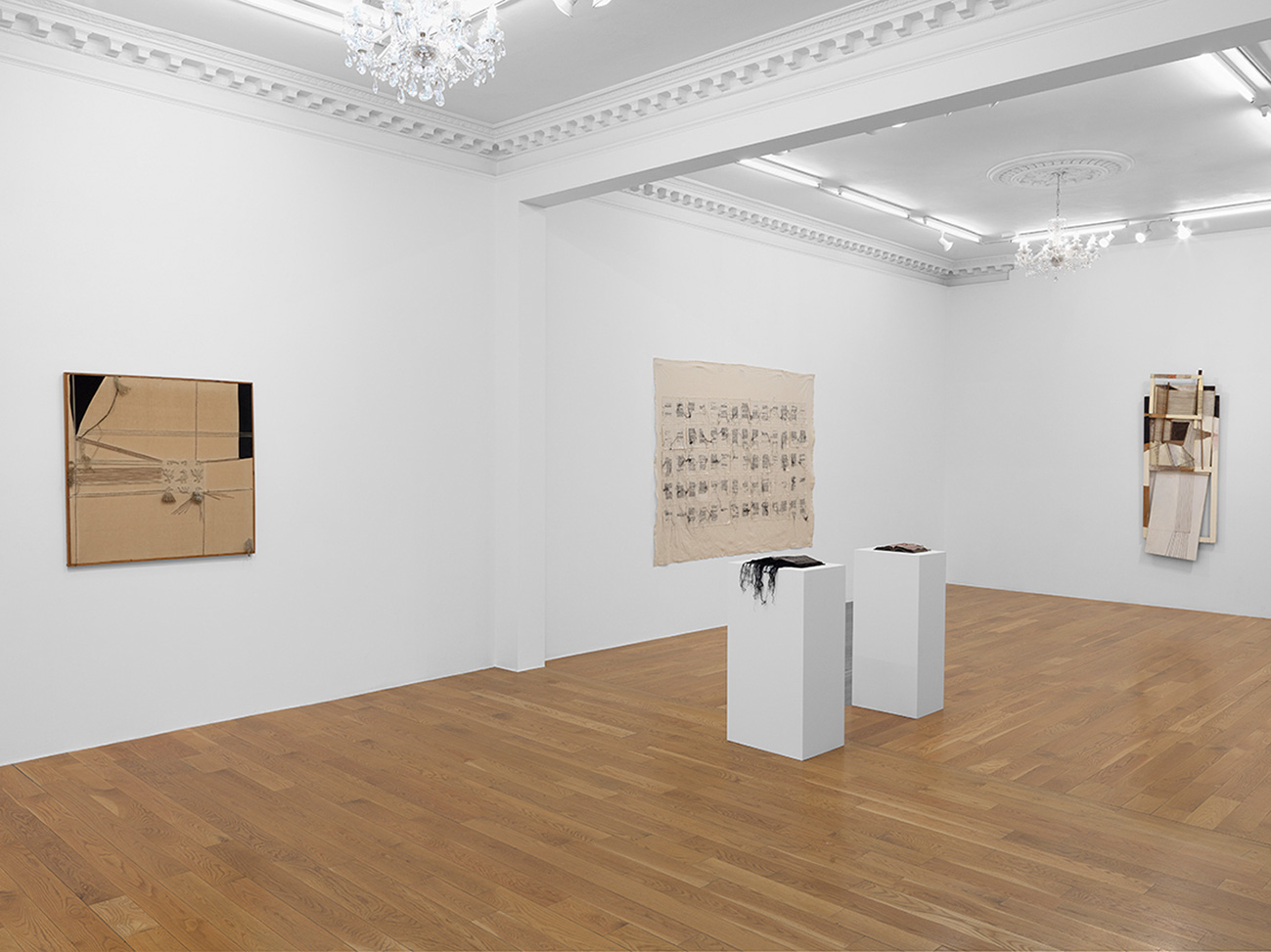 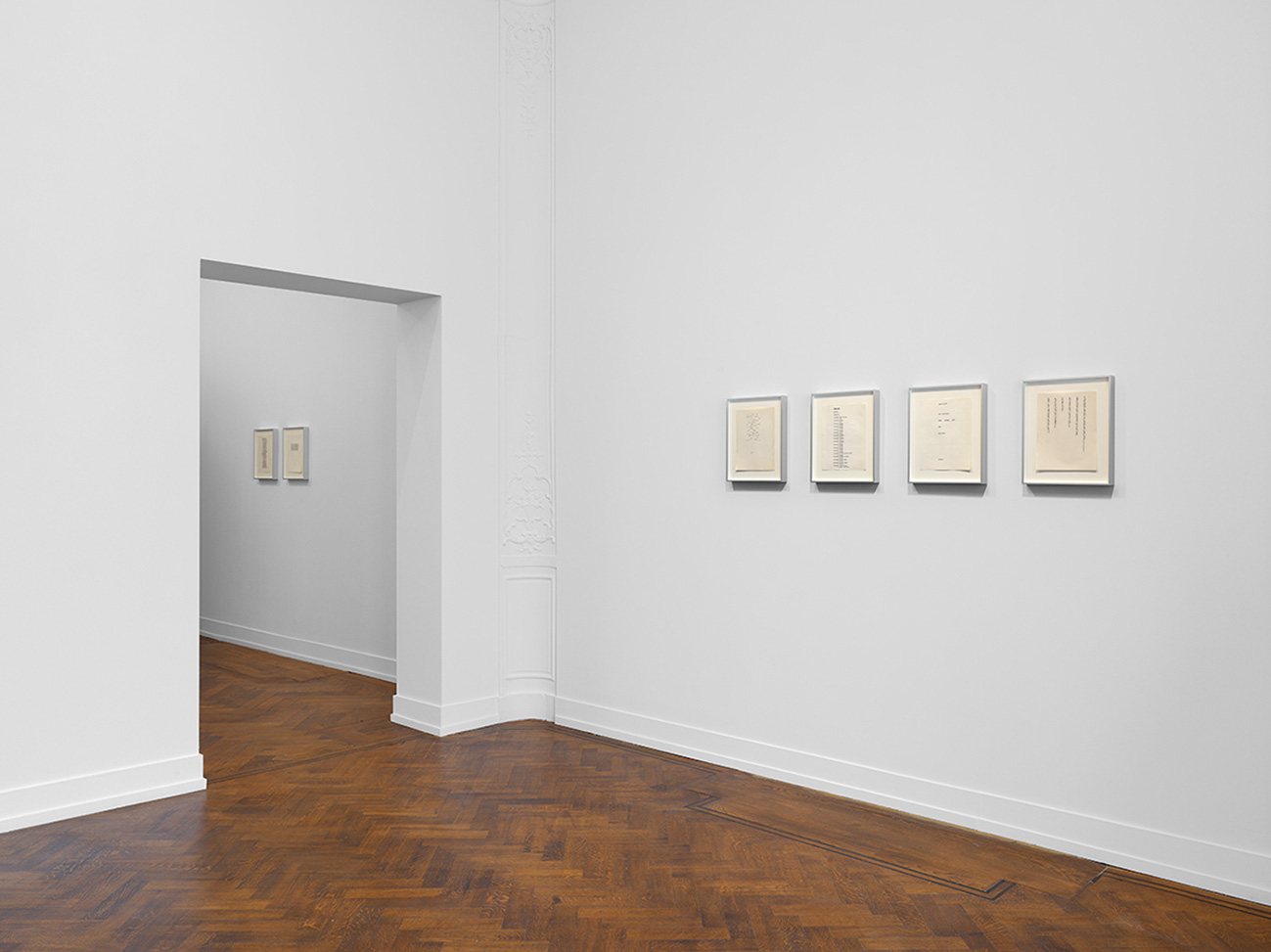 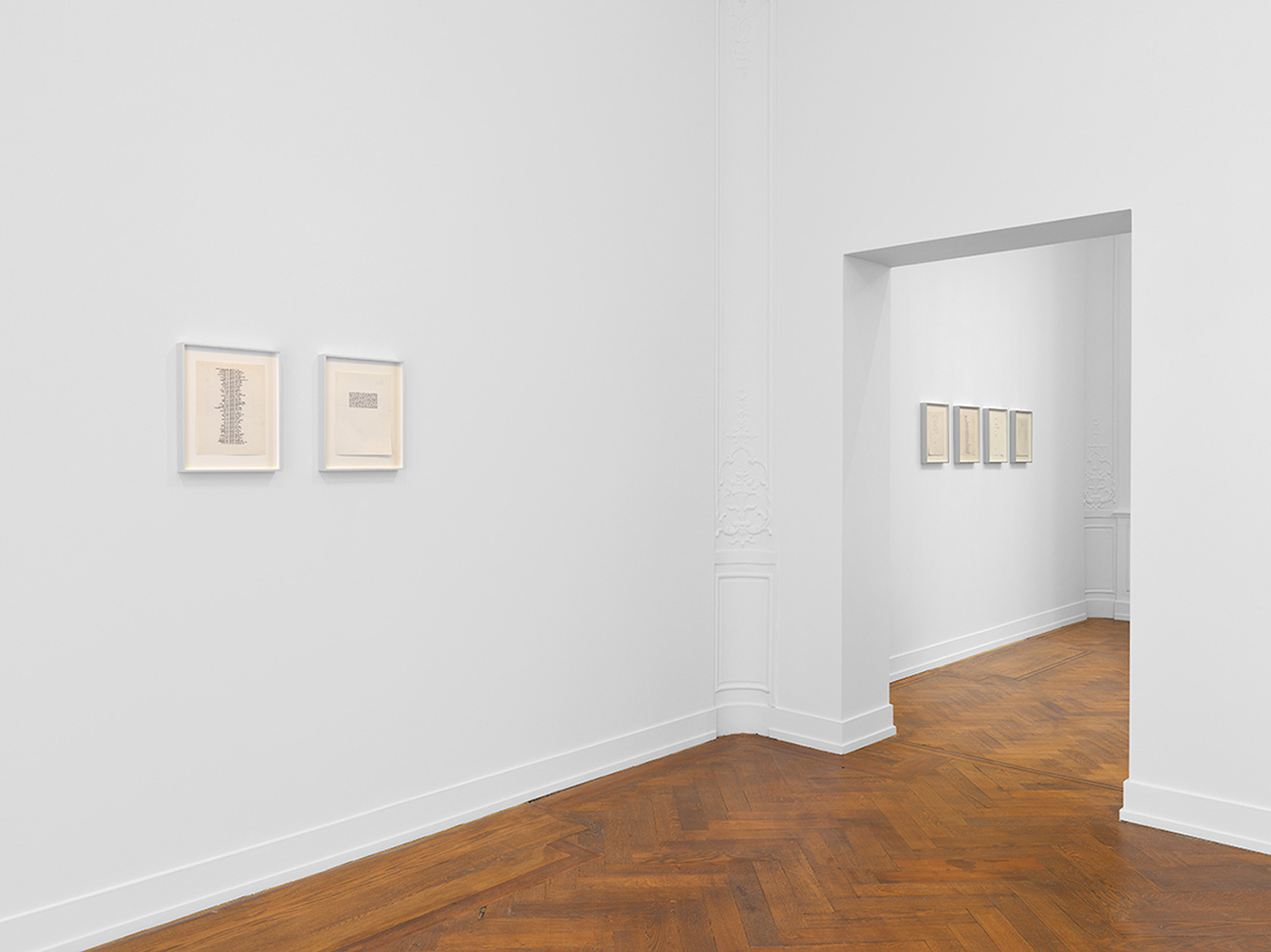 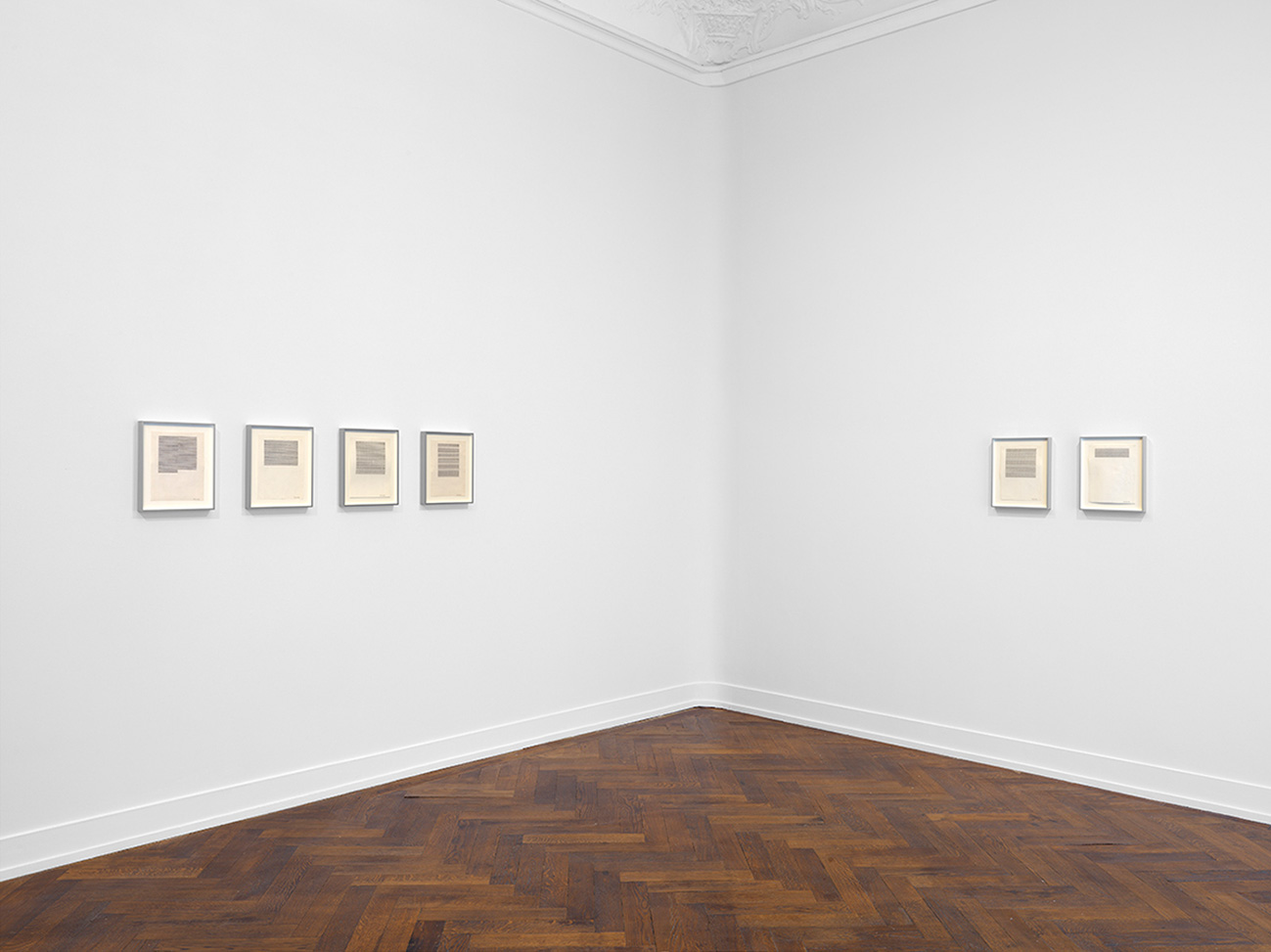 Massimo De Carlo is pleased to present three solo presentations by Andra Ursuţa, Maria Lai, and Carl Andre. Spanning several generations and countries, the exhibition explores three unique and idiosyncratic voices in various trajectories of art history, with each artist displaying a distinct approach to their practice, unified by a level of intensity towards the subject matter chosen.

Romanian artist Andra Ursuţa works primarily within the bounds of sculpture and installation. Her visual language of abjection is provocative, frequently touching upon political controversies with an artistic vocabulary that varies from grotesque, tragicomic, and satirist. For this presentation, Ursuţa has based her research on the extremist group known as “ISIS”, titling the show Vanilla Isis. This series of works were first shown at the Fondazione Sandretto Re Rebaudengo, Turin in 2018.

Vanilla Isis casts an irreverent glance at the extremism prevalent in our modern world, which manifest itself in very different contexts, from terrorist groups to youth subcultures. Through a thorough analysis of the various propaganda strategies of the self-styled Islamic State; which borrows heavily from Western media and popular culture to target a vulnerable demographic of western youth, the exhibition observes the way in which aesthetic trends migrate, or are exploited. In the works on display, Ursuţa distorts and transforms these aesthetic tactics, exploring the mixture of promotion, seduction and machismo of which the language of recruitment that Isis airs to the foreign public.

Taking on the perspective of an impressionable and dissatisfied youth, Ursuţa uses them as the starting point of the exhibition, referring to them as "vanilla" youth. Culturally, this generation of youth can be distinguished by obscurity in entertainment, niche music, sport-like aesthetics – all of which conflates the playful and the warlike, the fun and the lethal, making them indistinguishable to the ‘vanilla youth’. With her signature wry and iconic tone, Ursuţa re- purposes the Isis flag into a series of pool inflatables, transforming the lower ground floor into a gripping meditation on the fine line between violent messages disguised as innocent toys, and the vulnerable eyes perceptive to it.