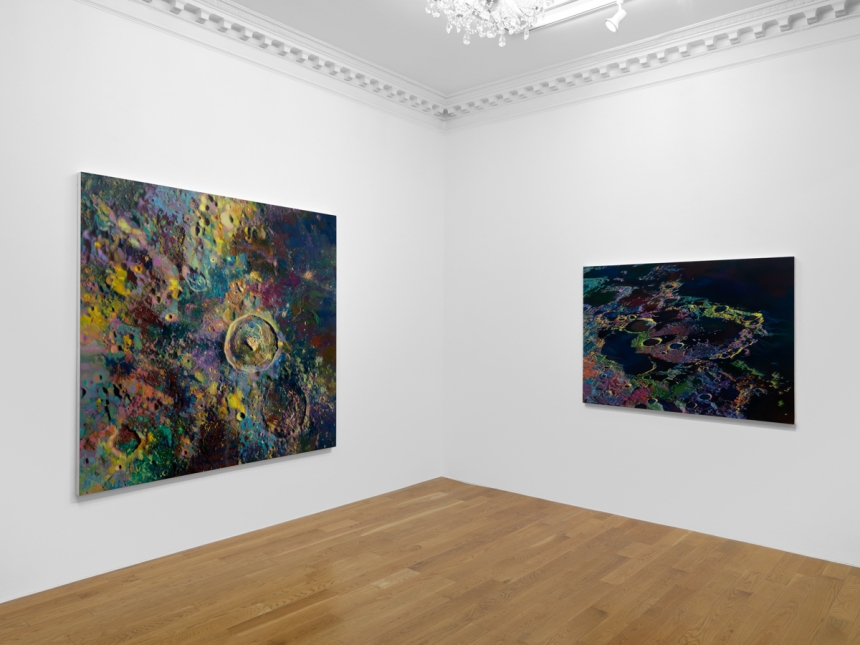 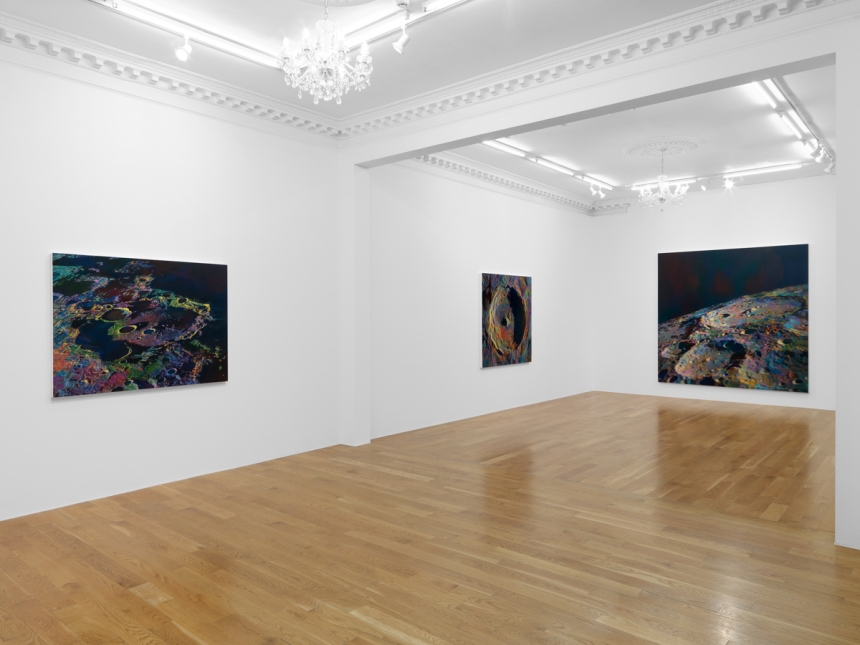 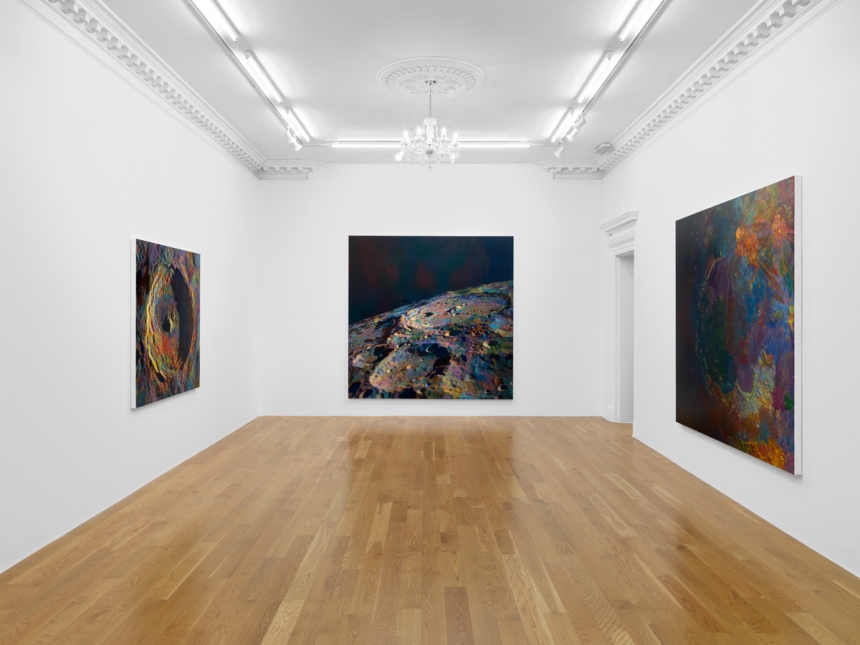 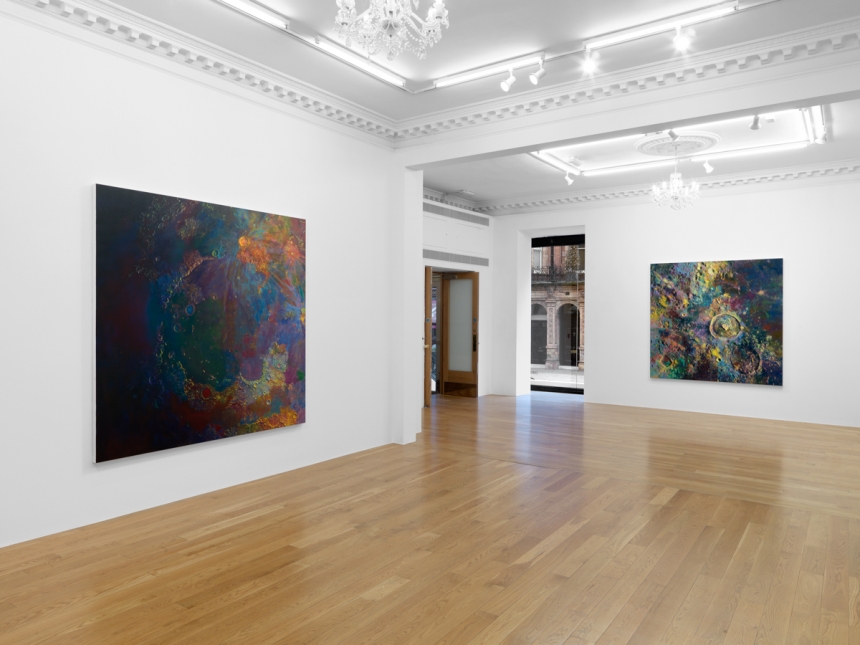 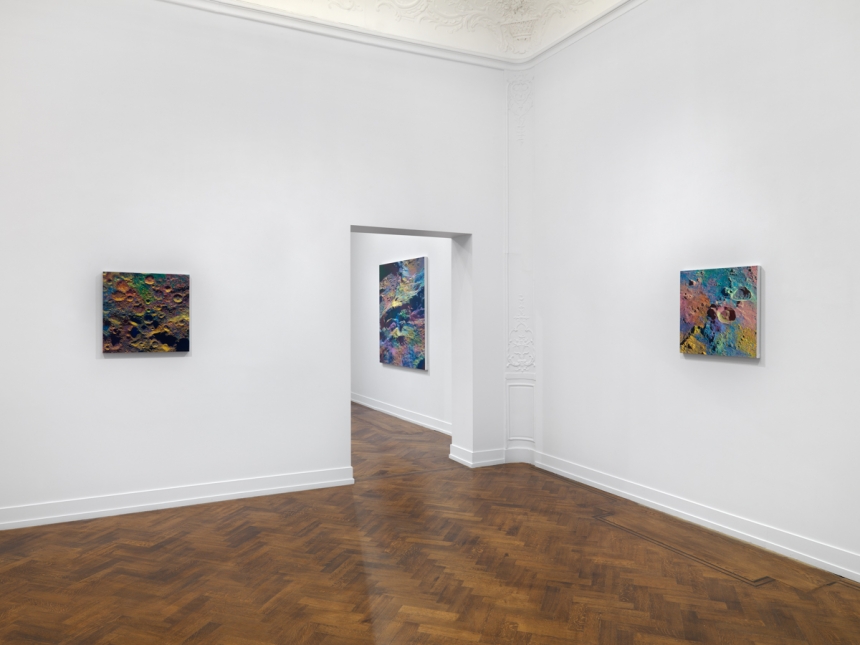 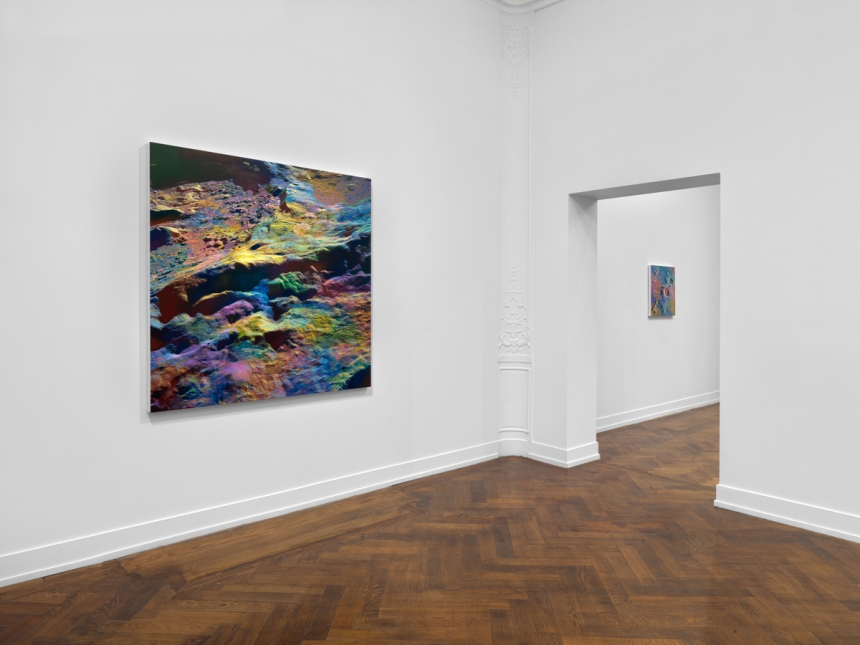 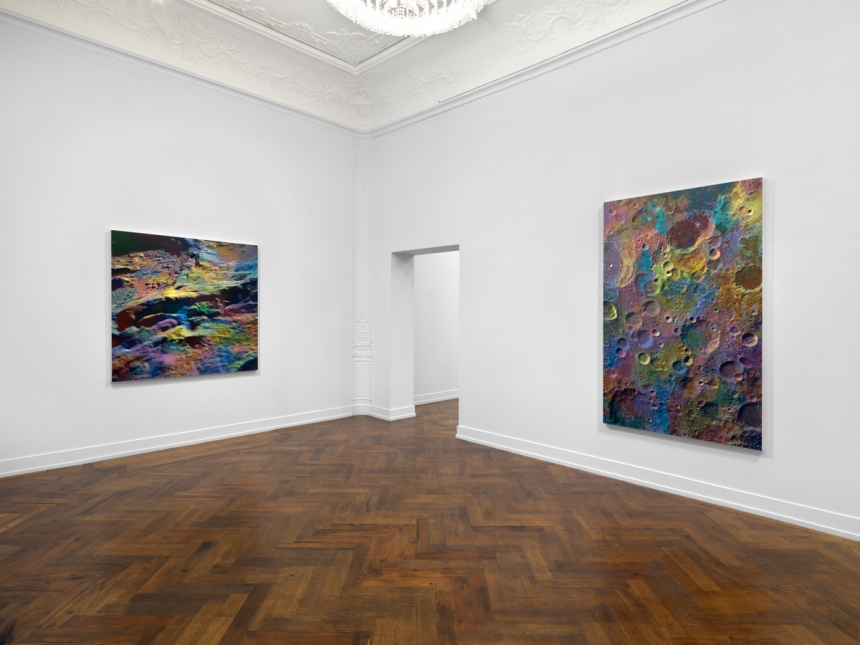 The moon carries a deep affective power that Wang Yuyang has always been attuned to. In constant synchronous rotation with Earth, the moon for Yuyang represents a universal symbol of mankind, controlling the rhythm of time, tidal movements, rains, weather and seasons.

For his first solo exhibition in London the artist presents The Moon Landing Project, a new series of large-scale canvases, filled with luminescent primary colours, to investigate the depths and significance of the earth’s only permanent natural satellite – a subject that has enthralled the artist for a long time. Each canvas in the exhibition is a scientific replica of the moon’s entire surface, tainted by a colourful reminiscence of psychedelic abstraction and a conceptual ingenuity that encompasses the scientific and the mystical.

The Moon Landing Project bridges this gap between scientific inquiry and mystical intrigue. Influenced by a series of images from American artist Michael Light, in which the photographer visually documents the voyage to and from the moon with a sense of breathtaking immediacy. Yuyang delightfully translates the voyage in a further emotive sense, experientially conveying the excitement, disorientation, and awe that the astronauts themselves felt as they were shot into space. By painting through black-and-white filtered glasses,Wang Yuyang cannot be fully aware of the colors he is using while realizing his paintings and therefore adding an element of mystery and mythology to an already overcharged theme such as the Moon and the relationship between us and the universe out there.

In addition to the emotive mysticism of the moon, the artist touches upon the widely speculated conspiracy of the moon landing. The Moon Landing Program 4 2009, presents a dual panel video work encased in a metal, replicating what one imagines as a video projected from the inside of a spaceship. In a lighthearted manner, Yuyang addresses the multifarious rumours of the moon landing being a simulation from Dreamworks studio, refreshing interest in the act of the moon landing yet pairing it with the necessity of technological advance.

Closely connected to astrological beliefs, the moon often represents the realm between the conscious and the unconscious. The realism employed by Yuyang embodies a sense of curiosity towards this grey area, illustrating the peaks and craters of the moon’s surface in uncanny detail, illuminating the canvases like the moon does to our earth at night. In doing so, the artist invites the viewer to contemplate the technicalities and grandiose endeavour of venturing to the moon, and also conjures the mystical power it holds upon mankind.