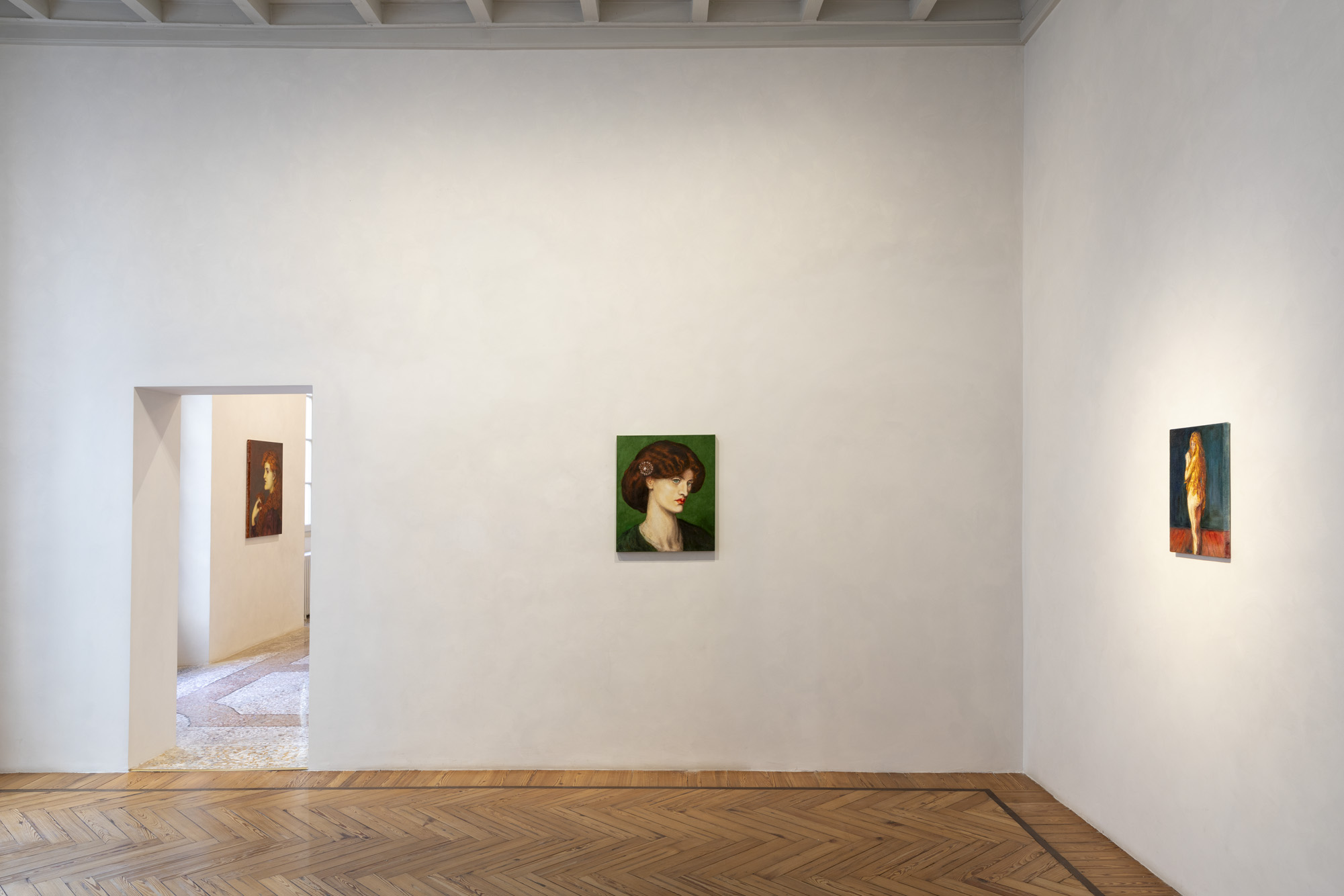 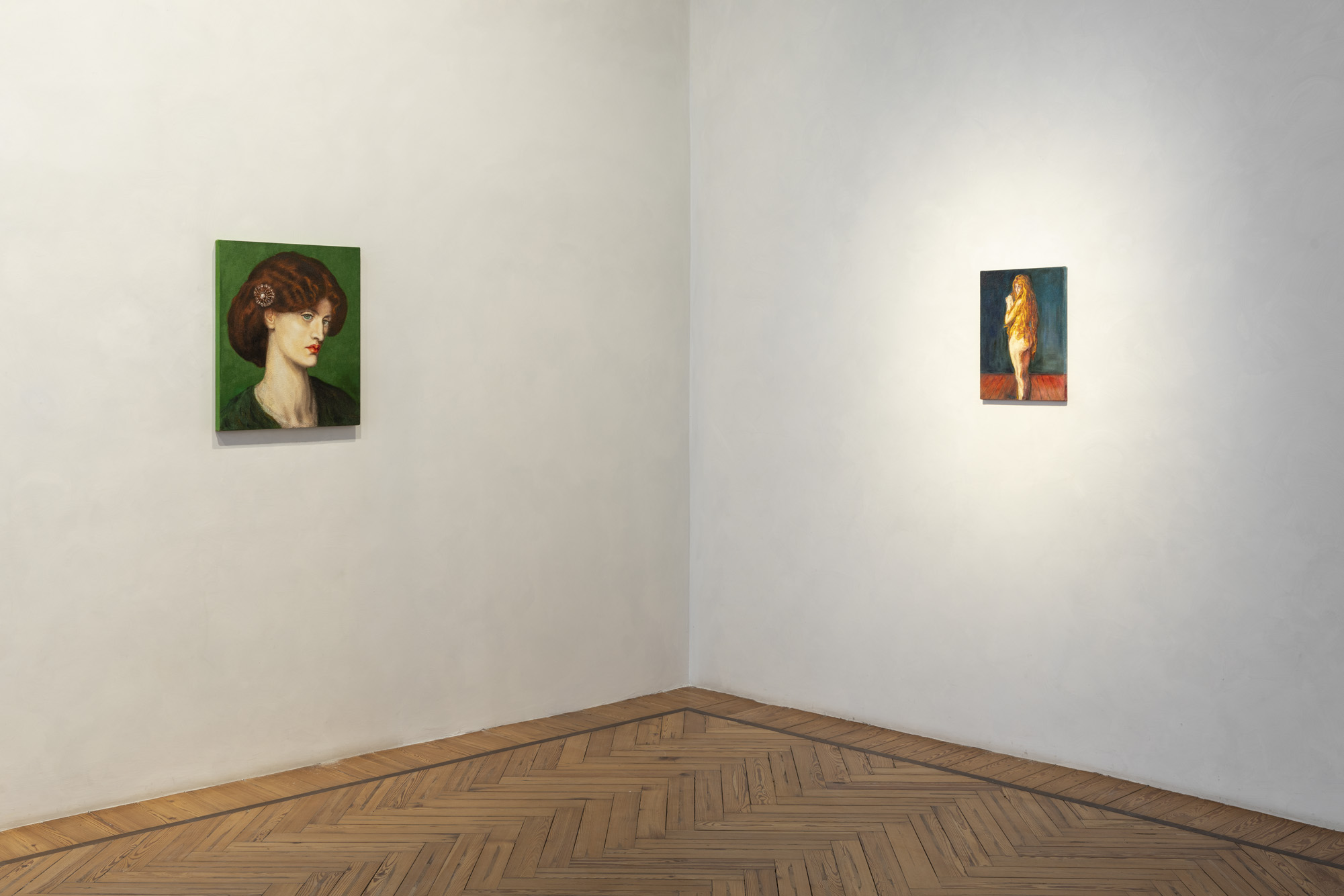 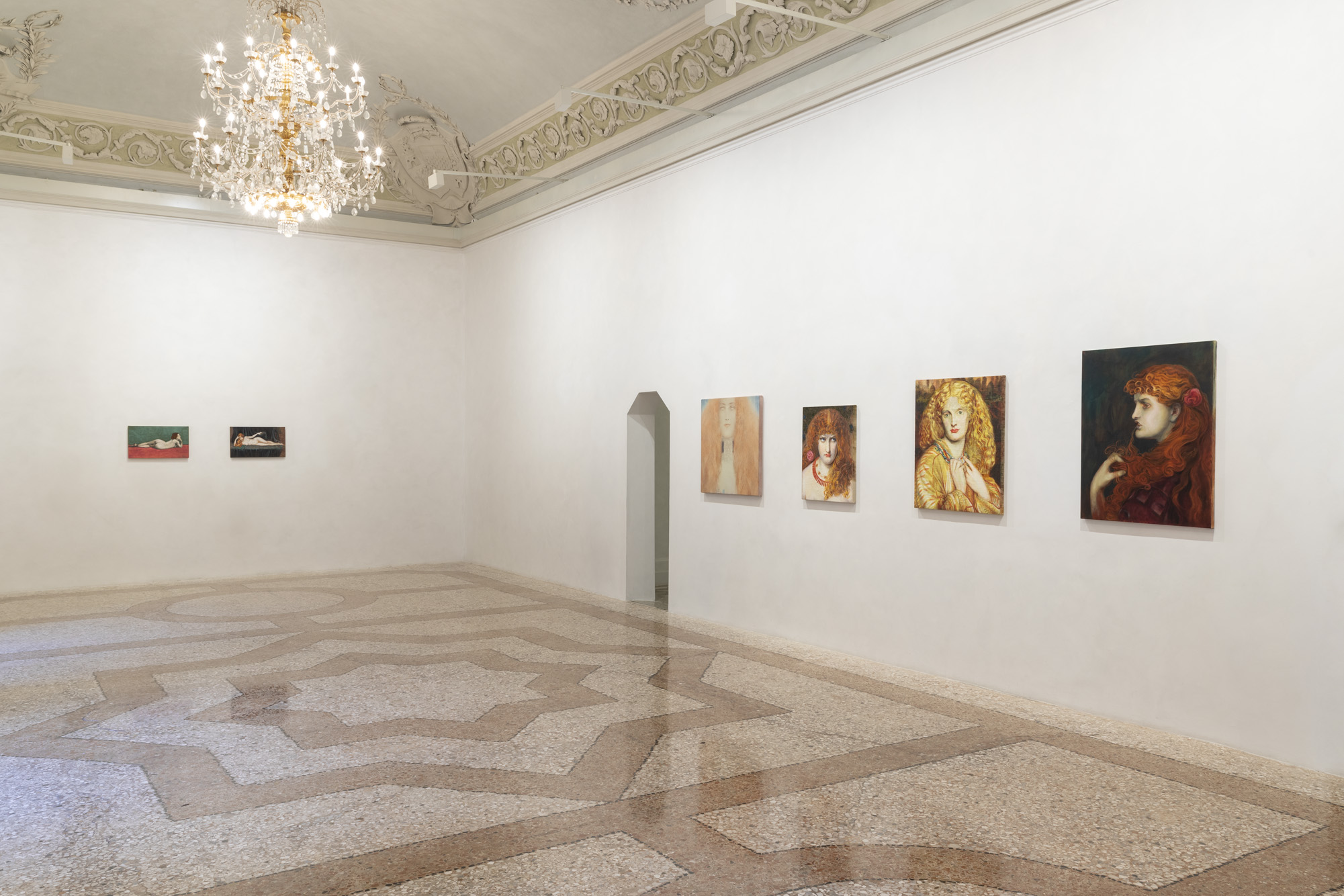 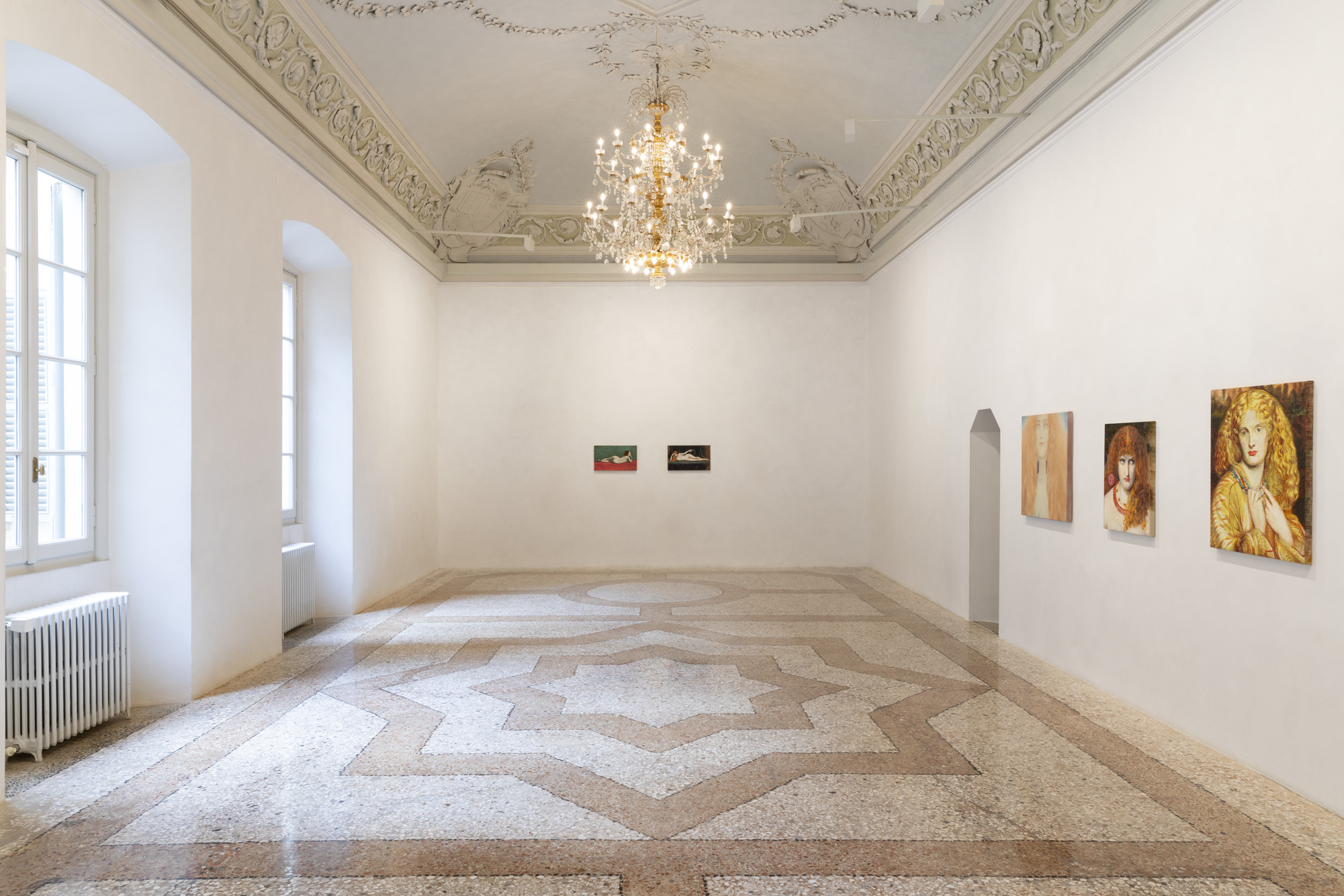 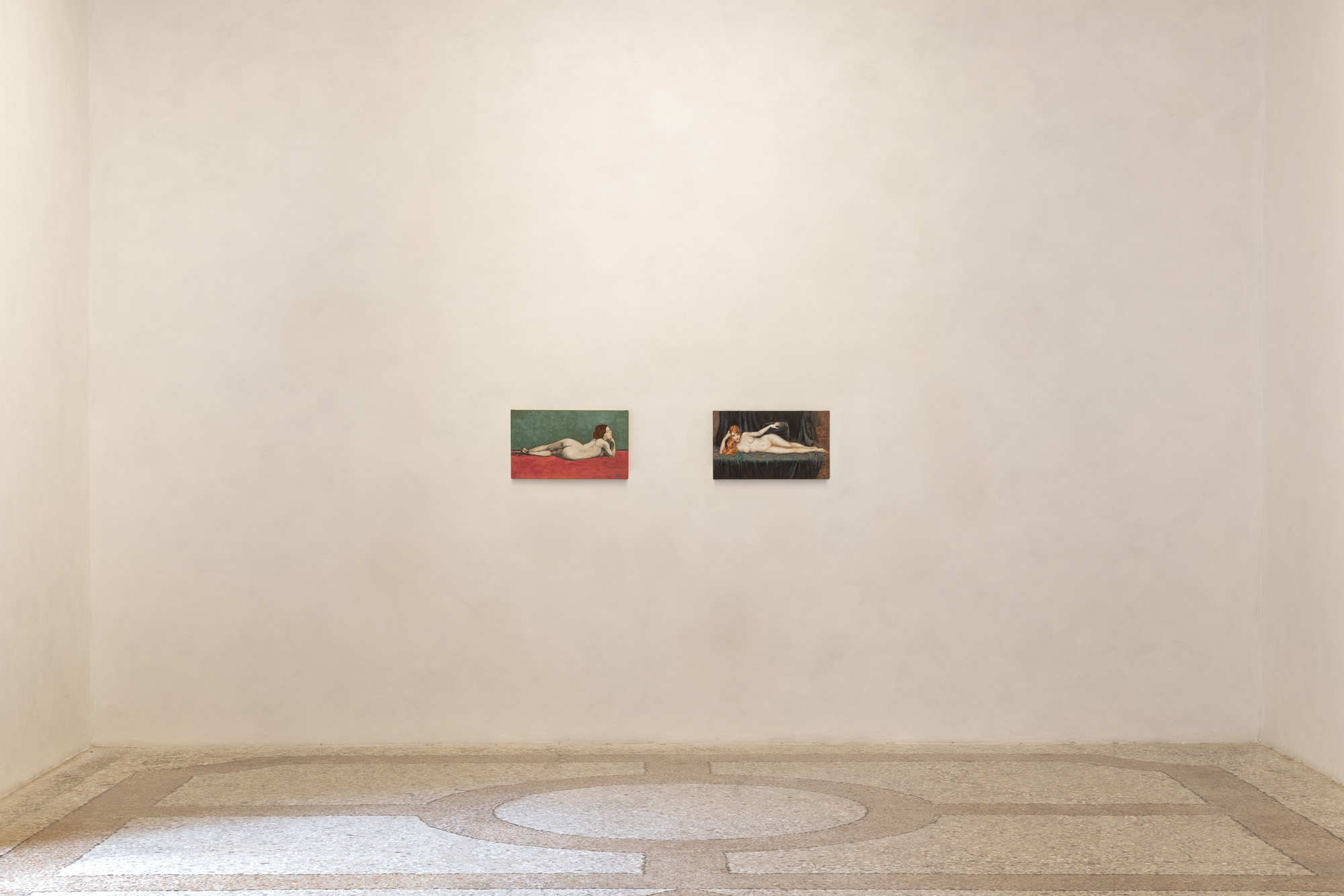 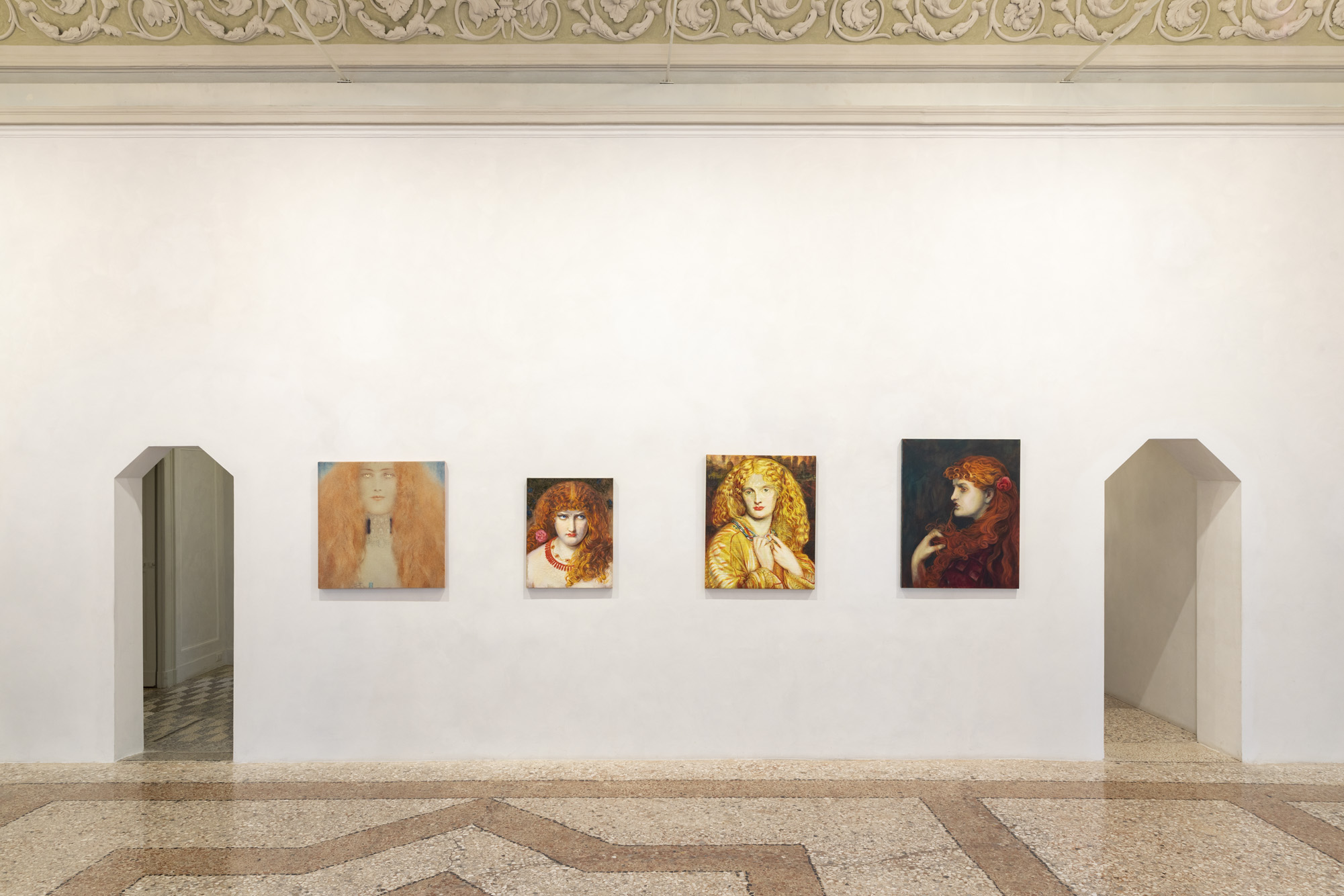 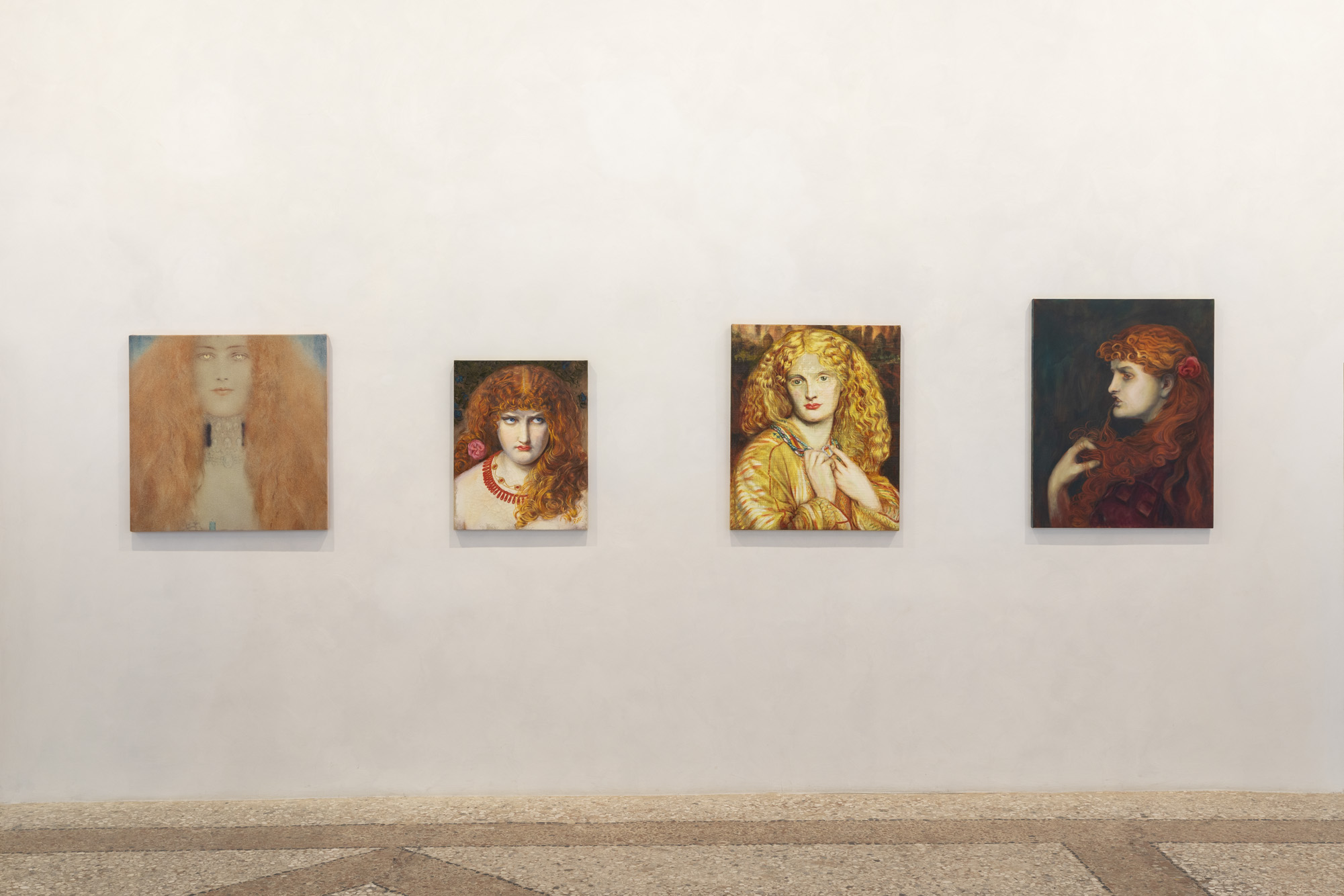 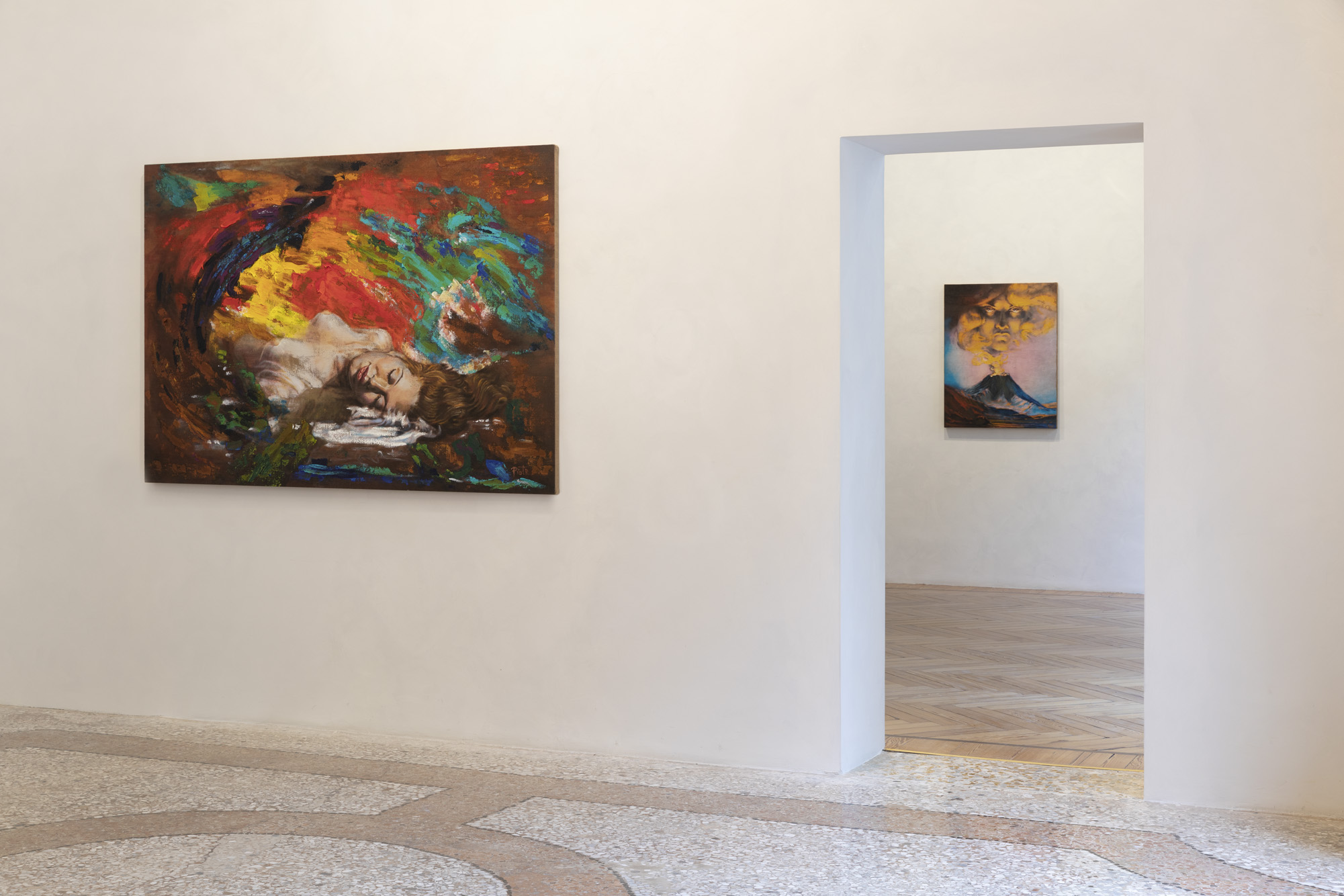 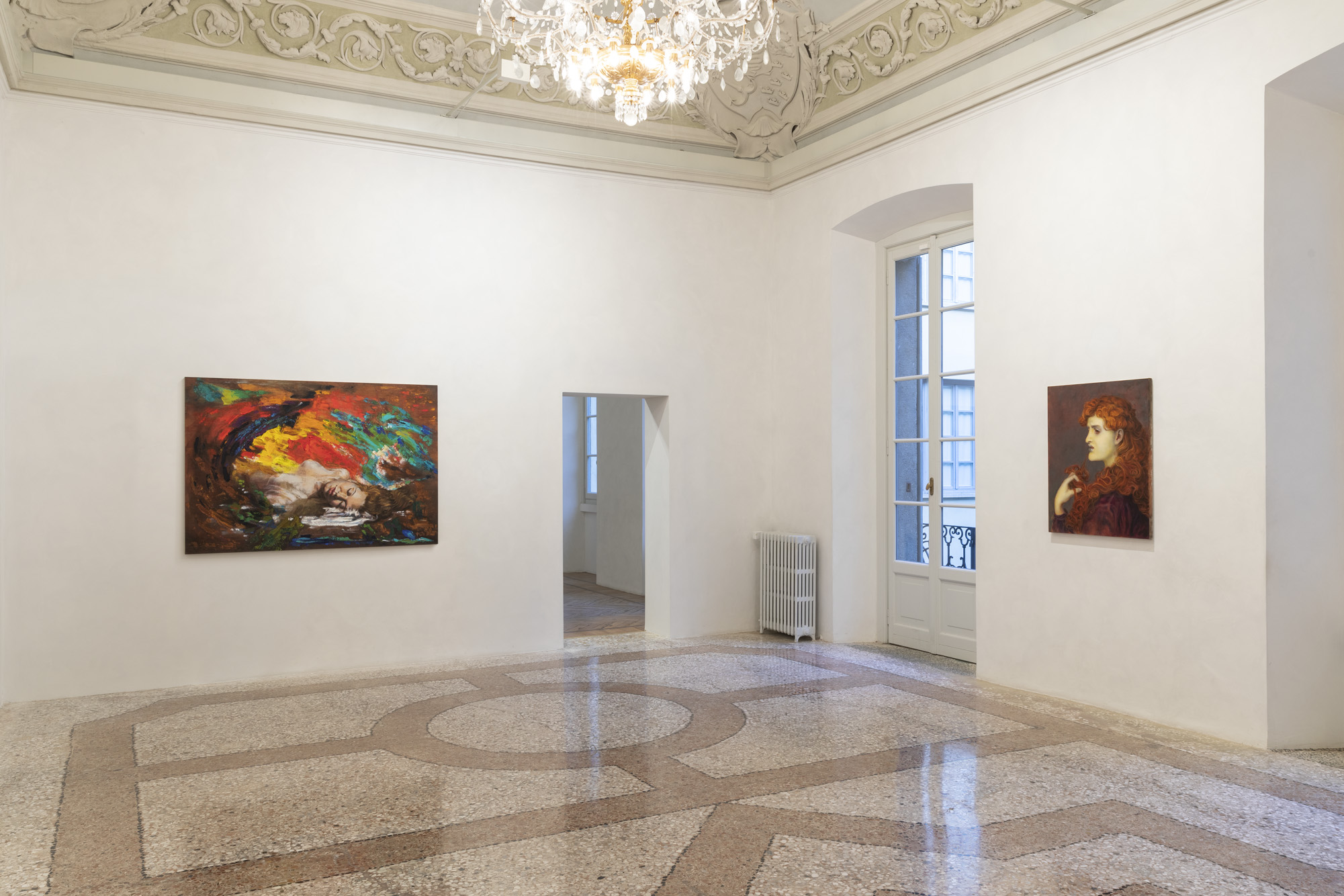 Massimo De Carlo is pleased to present How They Met Themselves, Piotr Uklański’s first solo show in the gallery’s Palazzo Belgioioso space in Milan.

Expanding a new body of figurative paintings that Uklański began in early 2020, How They Met Themselves, Uklański conjures the women who were the unsung protagonists of the Pre-Raphaelite Brotherhood—an artists’ society founded in London in 1848. The Pre-Raphaelites opposed academic painting’s emphasis on the High Renaissance in favor of resurrecting Italian 15th century art and narratives laden with suggestions of the occult and layered sexuality.

In this series, Uklański presents slyly reconsidered portraits of Elizabeth “Lizzie” Siddall, Jane Morris, Emma Jones, Annie Miller, and others who were wives, muses and models for this artistic brotherhood. More than a collection of beautiful women, Uklański proposes an uncanny sisterhood of “stunners”—the term that the Pre- Raphaelites used to describe their muses. Uklański debuted this new series as part of a public art project organized this past summer by Art & Newport Foundation in the Belmont Chapel at the Island Cemetery in Rhode Island.

The exhibition is titled after Dante Gabriel Rossetti’s watercolor, How They Met Themselves (1851-60) which depicts the moment when two identical pairs of lovers - modeled upon Rossetti and his wife-muse Lizzie Siddall in a darkened forest. Despite the characters’ identical costumes and the twinned features, Rosetti’s haunted doubles suggest radical differences that often lurk beneath the similarities of the surface. This unsettling premise of doubling or twinning is the primary subject of Uklański’s Milan exhibition which presents eleven portraits that riff a range of historical source imagery.

Uklański deliberately focuses on the signifier of voluptuous red tresses. At the center of this new series is “Lizzie” Siddall (1829–1862), who was the most adulated and mythologized woman associated with the Pre-Raphaelite Brotherhood. Given her medieval look, the group became transfixed with Siddall—and especially her red hair that was “like dazzling copper.” Europe in the Middle Ages fixated on this attribute as a mark of wickedness. The notorious witch-hunting manual from that era, Malleus Maleficarum, warned that witches had ginger-colored hair. Art historian Griselda Pollock writes that the term ‘witch' was “invented for women who contest the patriarchal orders of theological or medical knowledge. [Their spells] work by casting a penetrating, castrating gaze.” Playing with this dark symbolism, the Pre-Raphaelites used Siddall’s copper hair not only to reimagine a host of tragic heroines, but also to exploit other ‘stunners’.

Contemplating on this new body work for a forthcoming catalogue, critic Alissa Bennett writes, “It is fitting that Piotr Uklański has chosen the portraits of Rossetti and his Pre-Raphaelite brethren as a place to continue a career-long investigation into the strange lapses inherent to all acts of doubling. Though Uklański’s oeuvre is often identified as appropriative, the designation seems to me an inadequate place-holder employed in the absence of a better term.” As such, Uklański has conceived of his revisitation of this charged history as the creation of a series of doppelgängers. His “witchy duplicates” of these stunners dispense with the superficial objectification of these long, red haired beauties, instead staging their painterly return as a haunted resurrection. Uklański imagines the act of painting as an occult séance in which he hopes not only to conjure the models’ likenesses, but to resuscitate their complex individual histories from the fate of one-dimensional “muse-ness.” His renderings honor the creative agency that Siddall had as an accomplished poet and artist. The artist’s renditions speak to revisionist readings of the Pre-Raphaelite sitters: in the last few decades, scholars and curators have exposed the active roles that these women assumed as partners, collaborators, and makers in their own right. Aligned with these important accounts, Uklański’s works disrupt the view of these women as objectified muses. His striking paintings bare their authorial positions as cultural contributors and formidable figures of history.

With this new body of work, Uklański goes beyond simple or direct appropriation to transform the original source images into haunting new oil paintings, most notably in the zombie like twin paintings Untitled (Mary Emma Jones as Proud Maisie) and Untitled (Gertrude Sandys as Proud Maisie). While these paintings open a new formal and material vein in Uklański’s polymathic practice, it conceptually builds upon other past projects that confront tropes from our visual culture—from his landmark photographic installation The Nazis (1998), which presents headshots of actors playing members of the Third Reich, to his recent painting series Ottomania (2017–ongoing), which re-interprets Orientalist portraits of European sitters enrobed in the clothing and signifiers of the East. Now borrowing from Pre-Raphaelite compositions, Uklański shifts how the female figures appear as manifestations of male desire and fantasy in the original paintings. 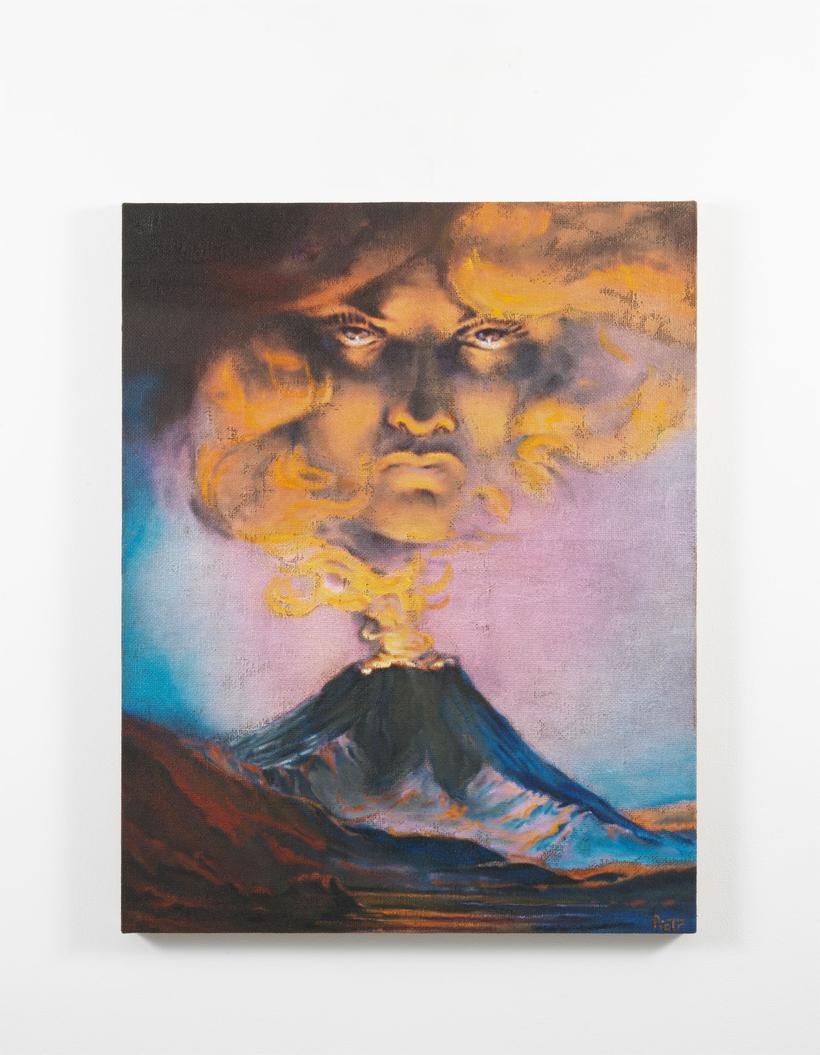 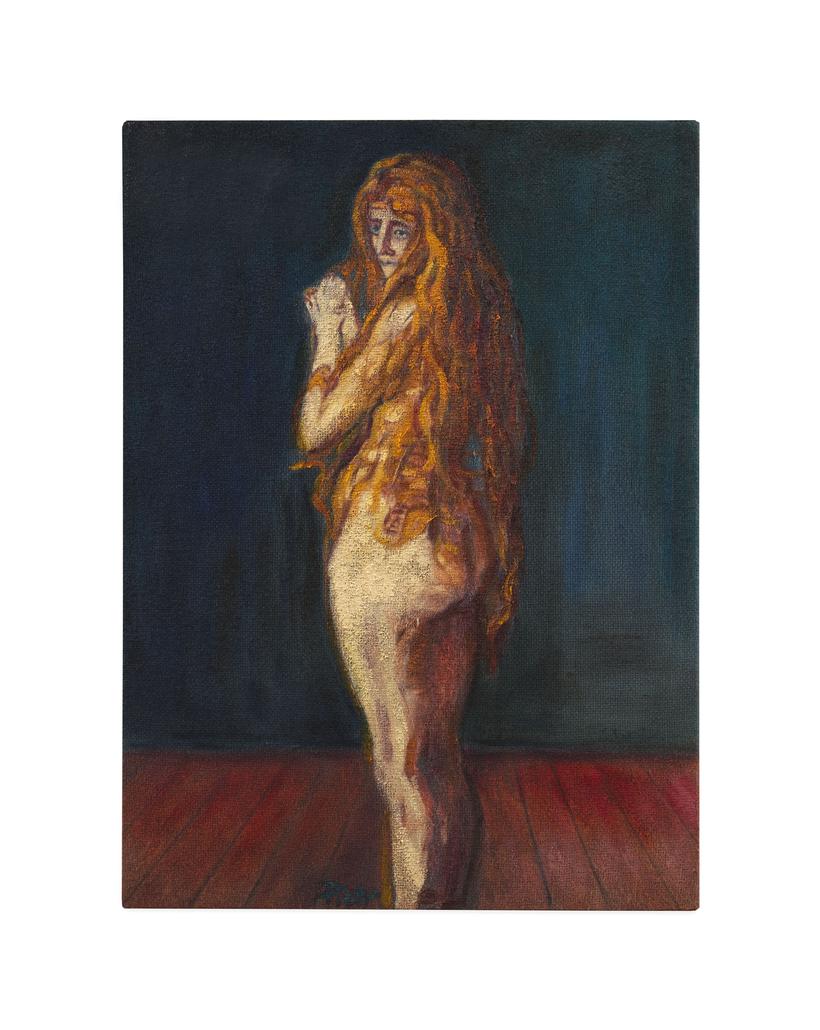 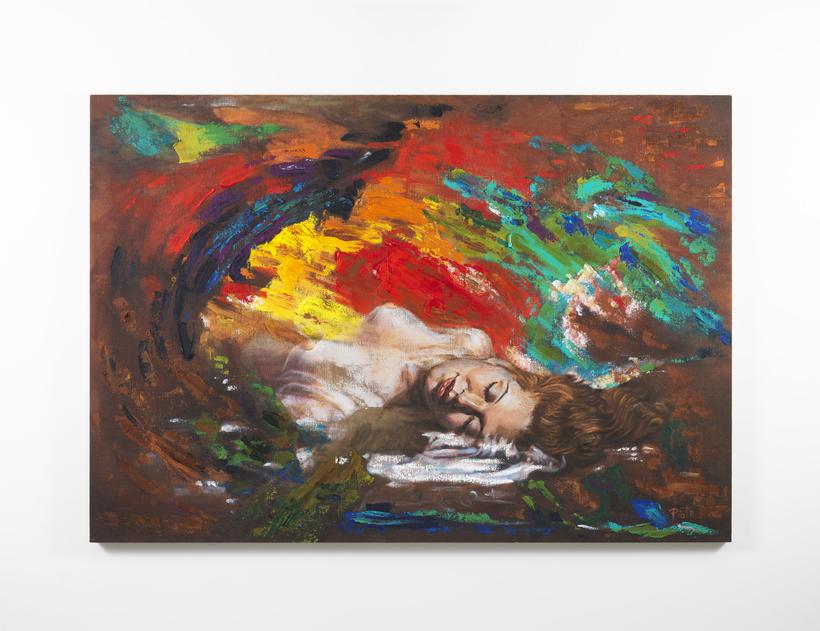 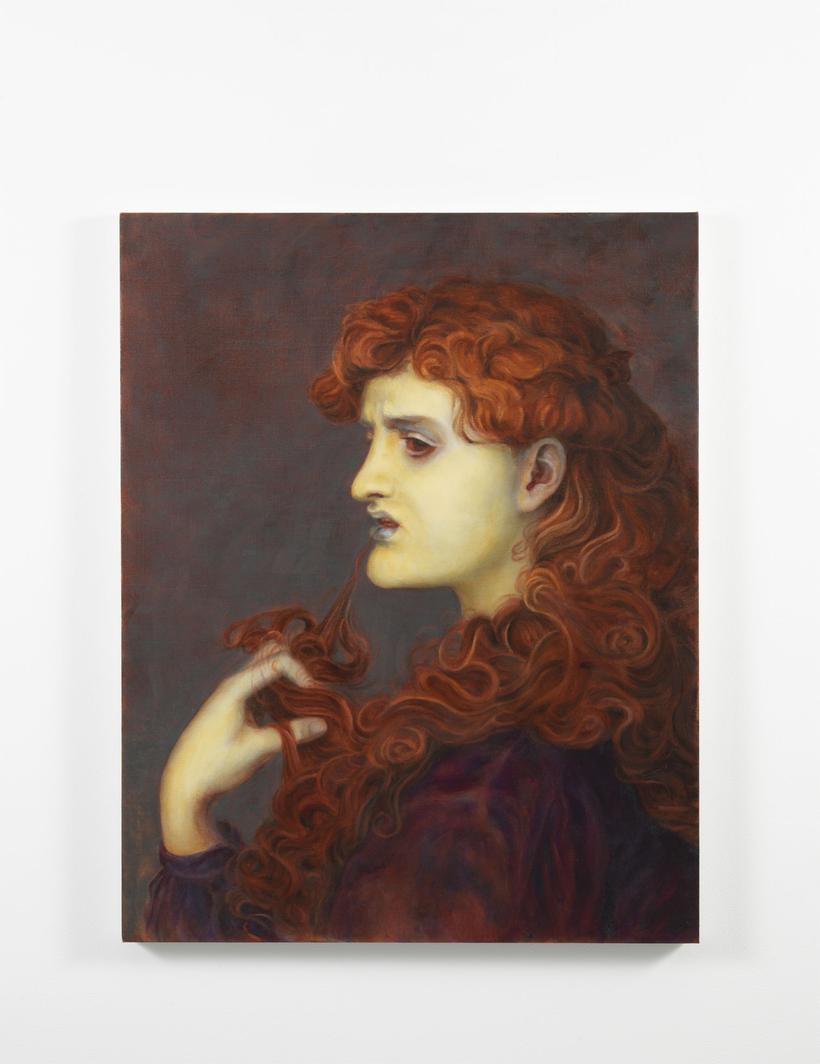 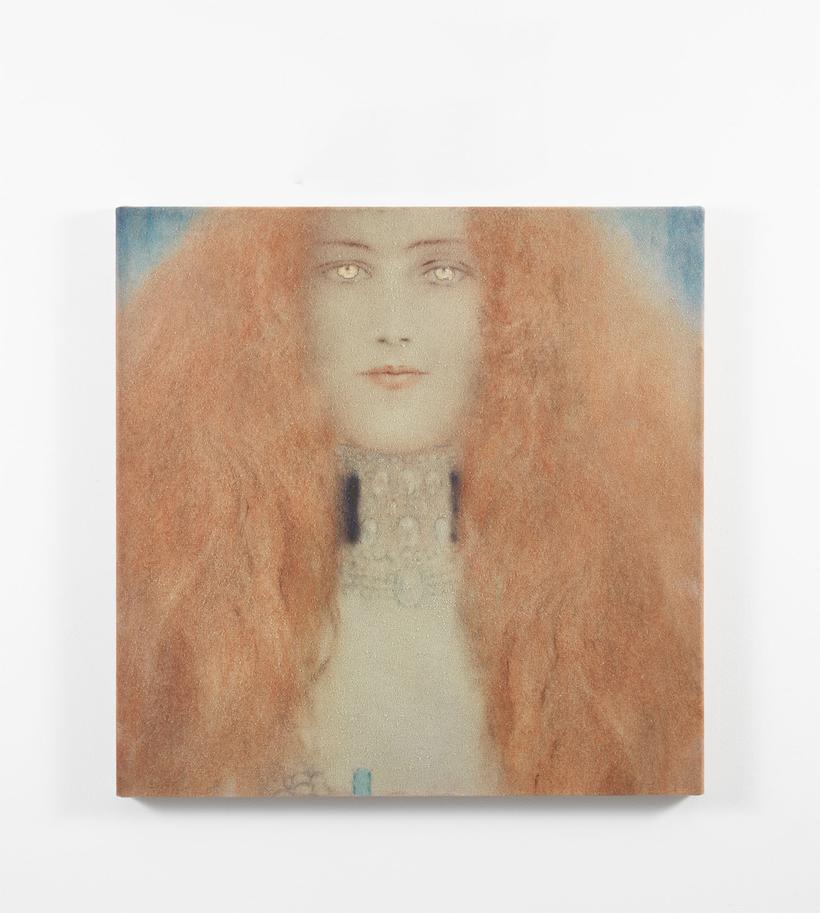 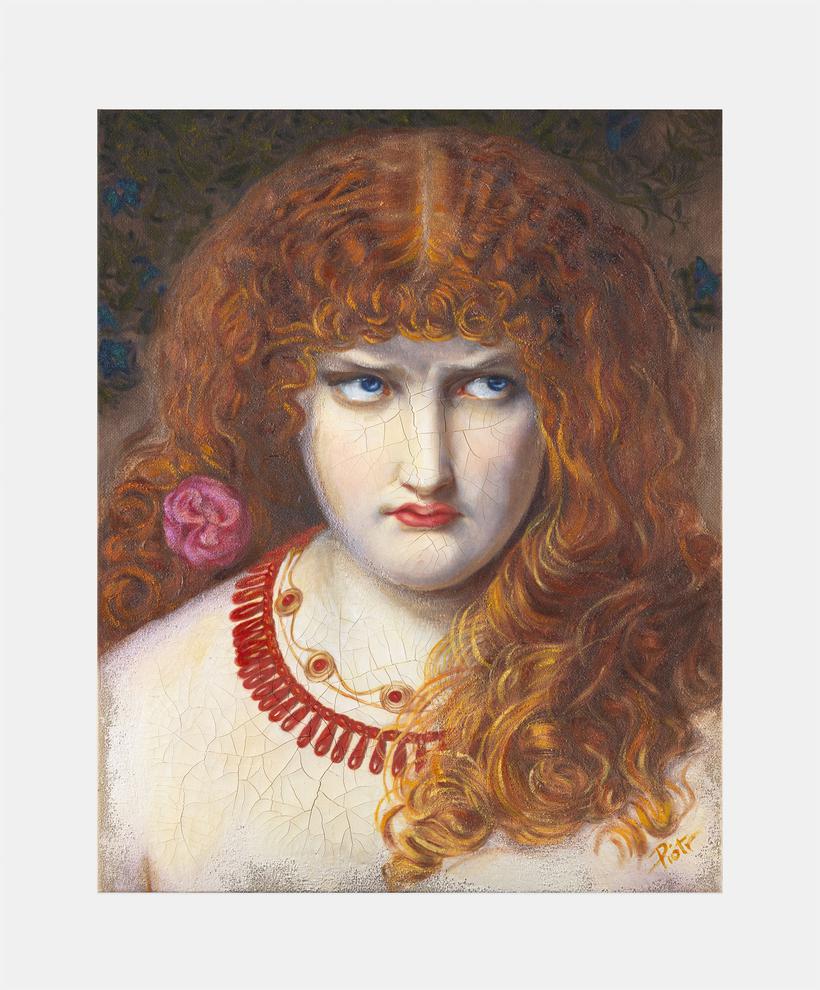 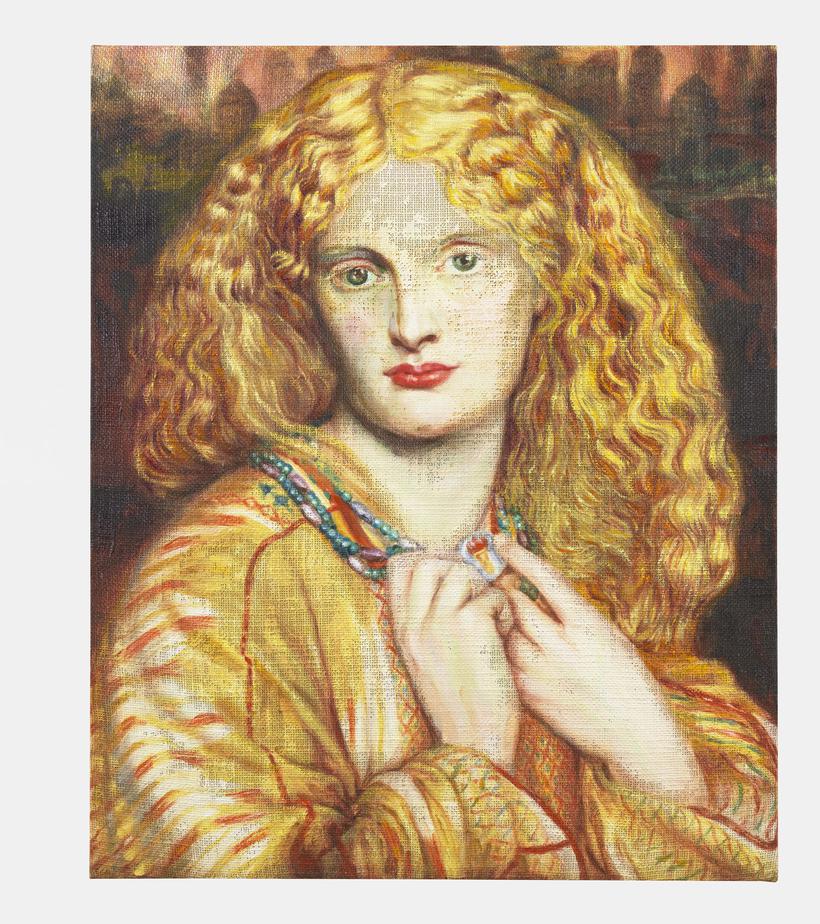 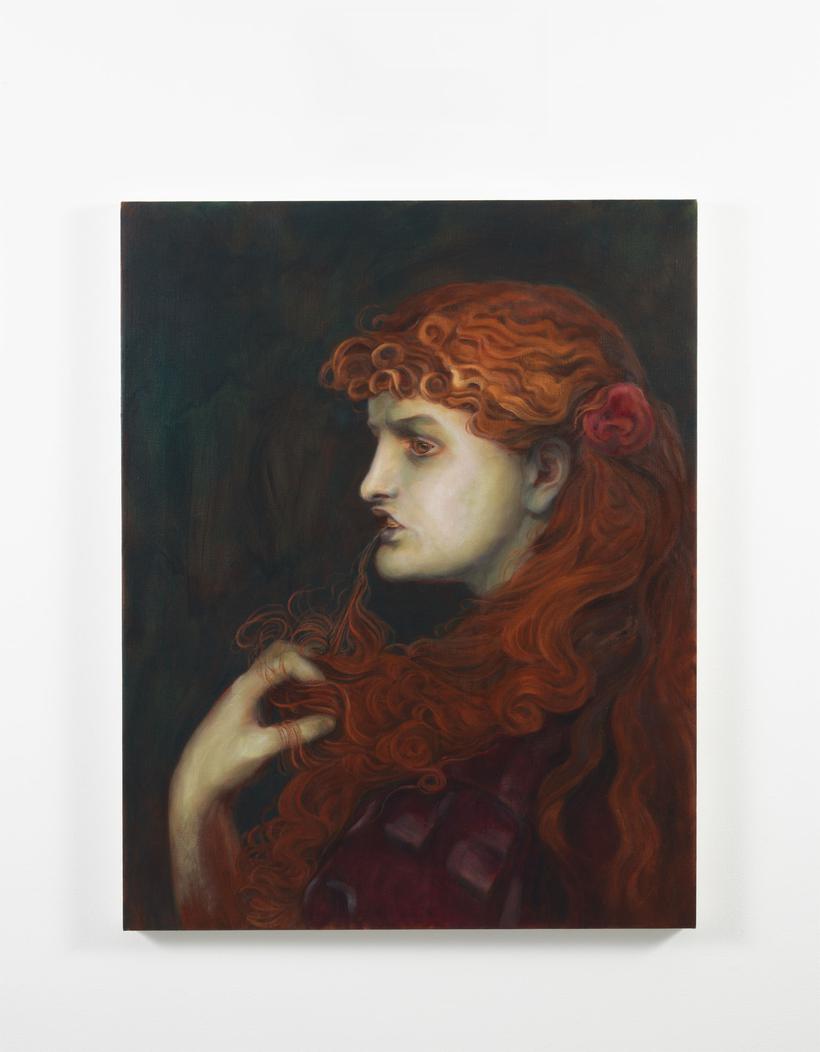 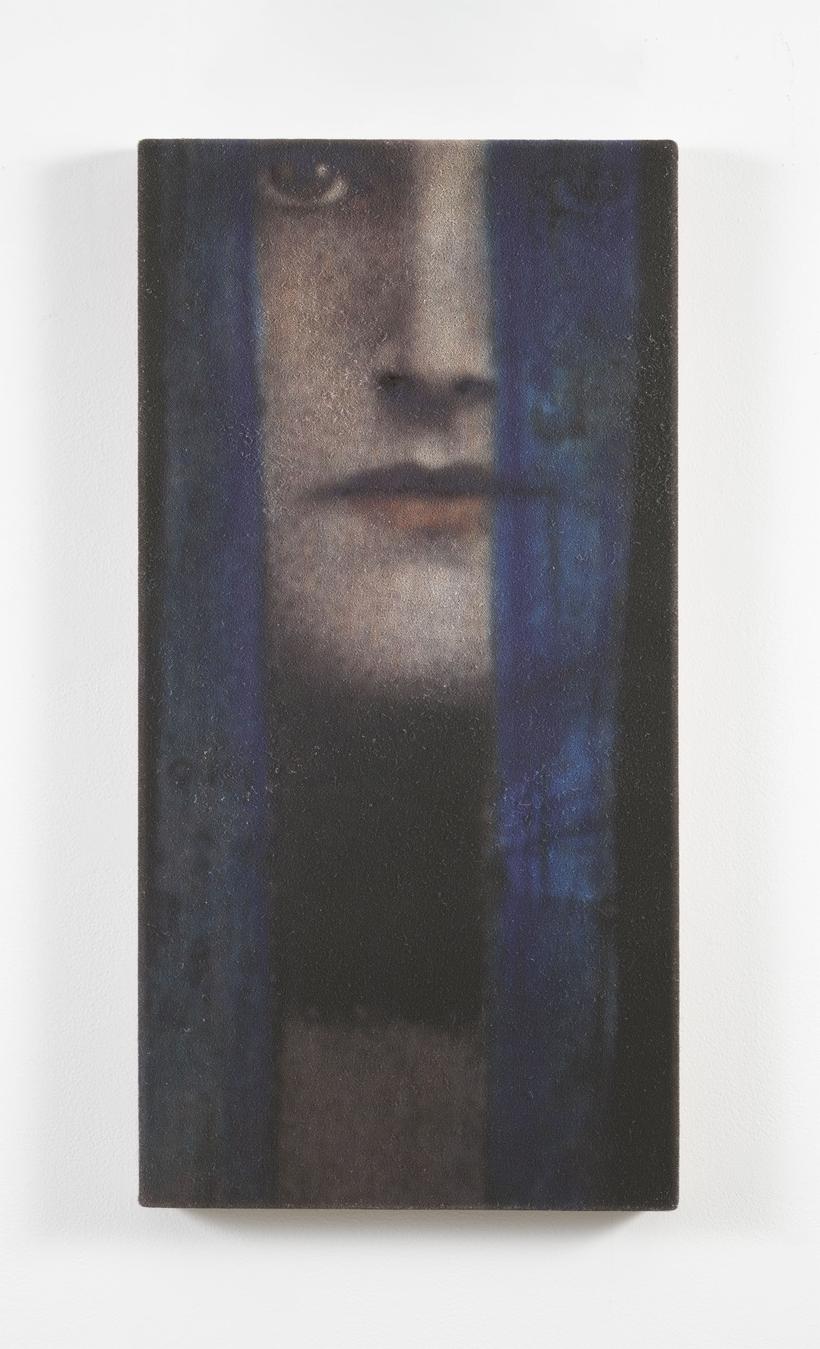 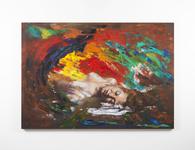