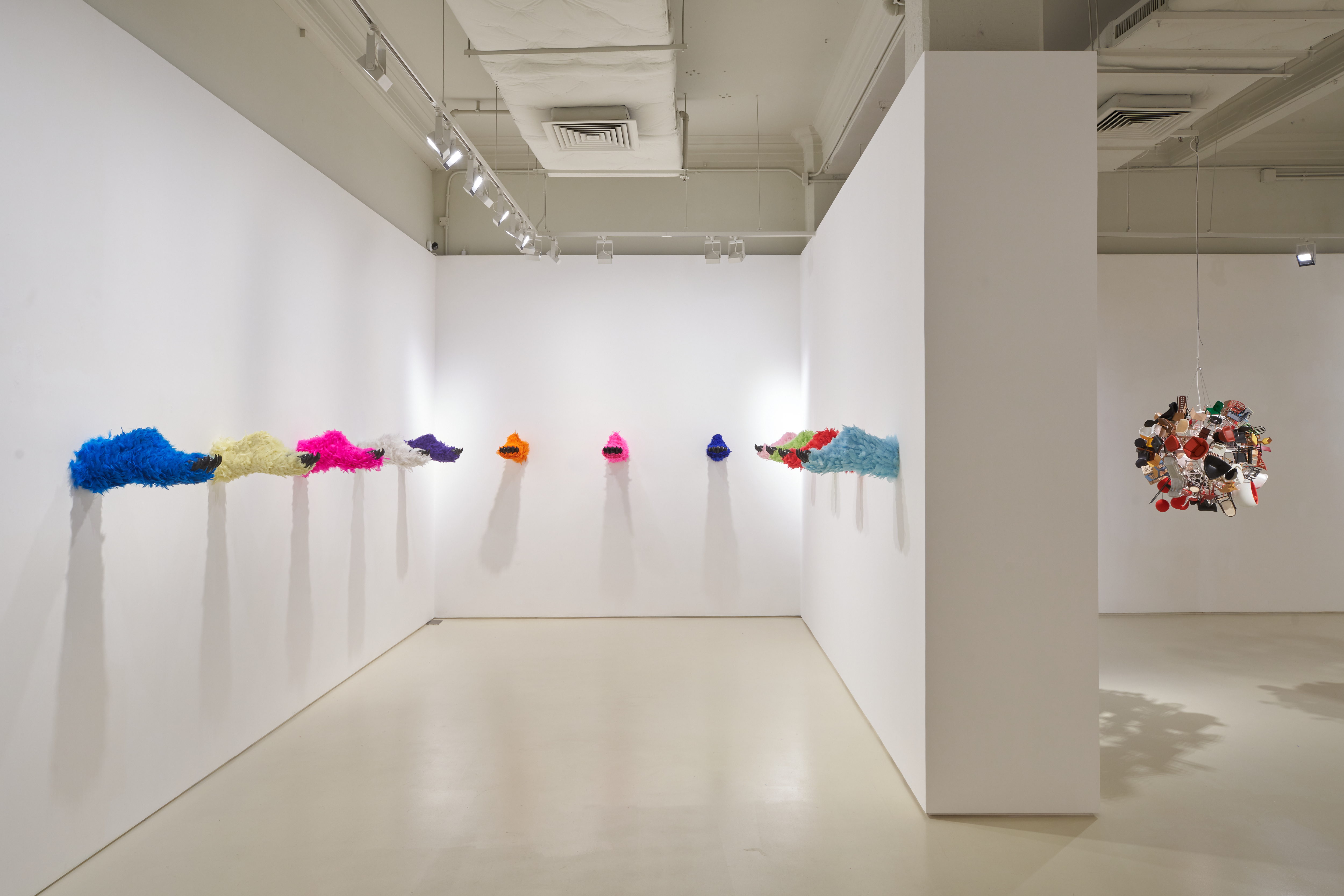 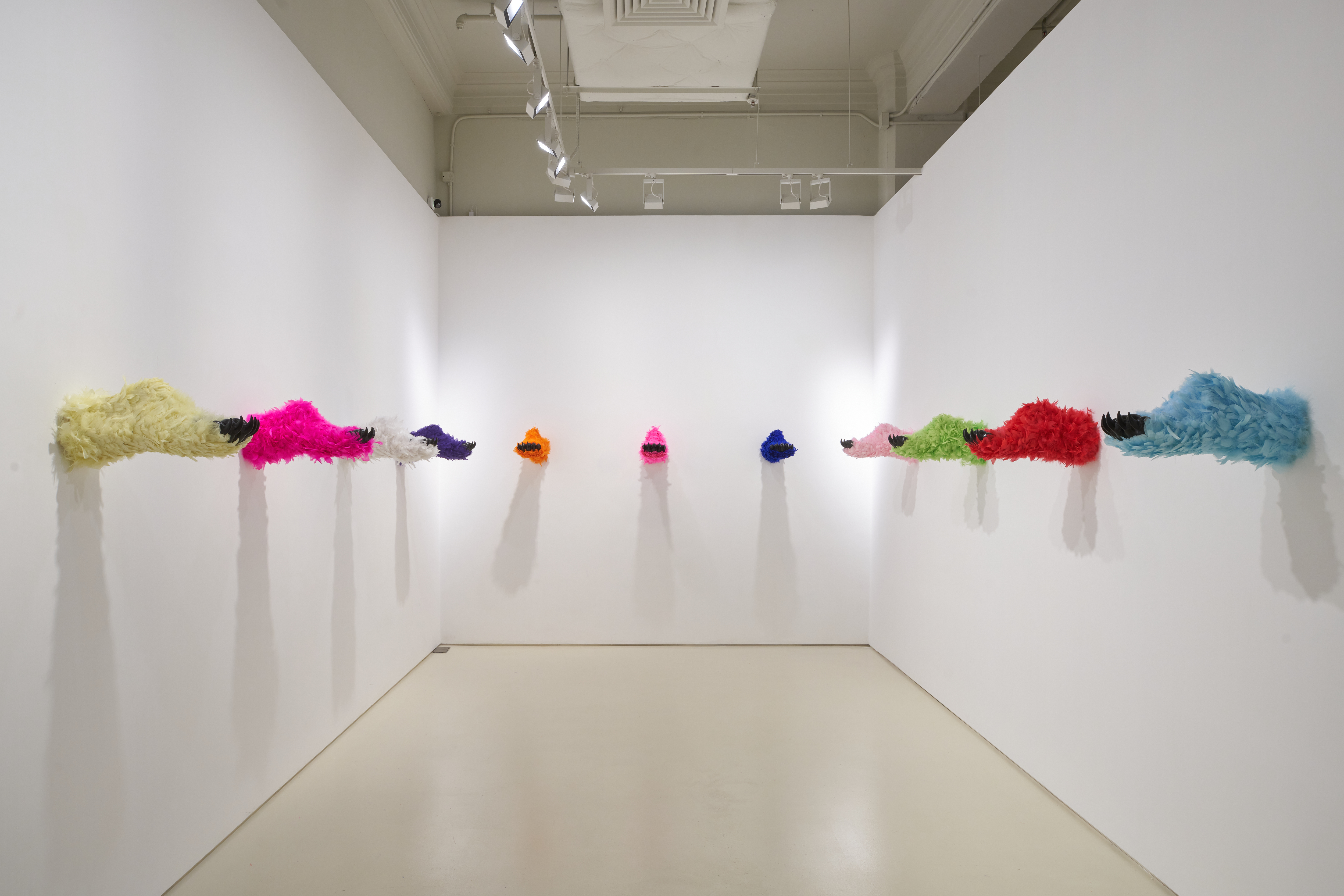 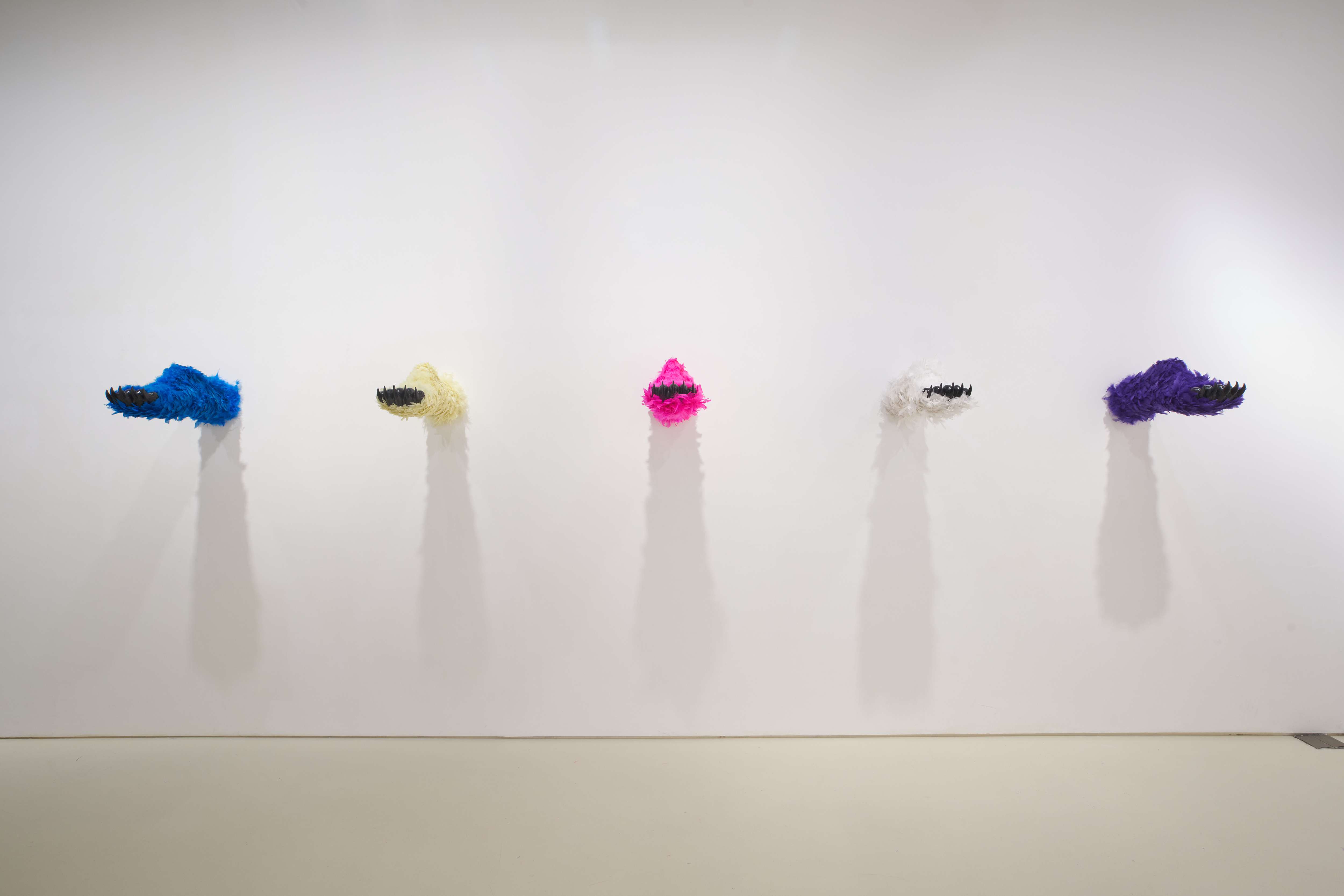 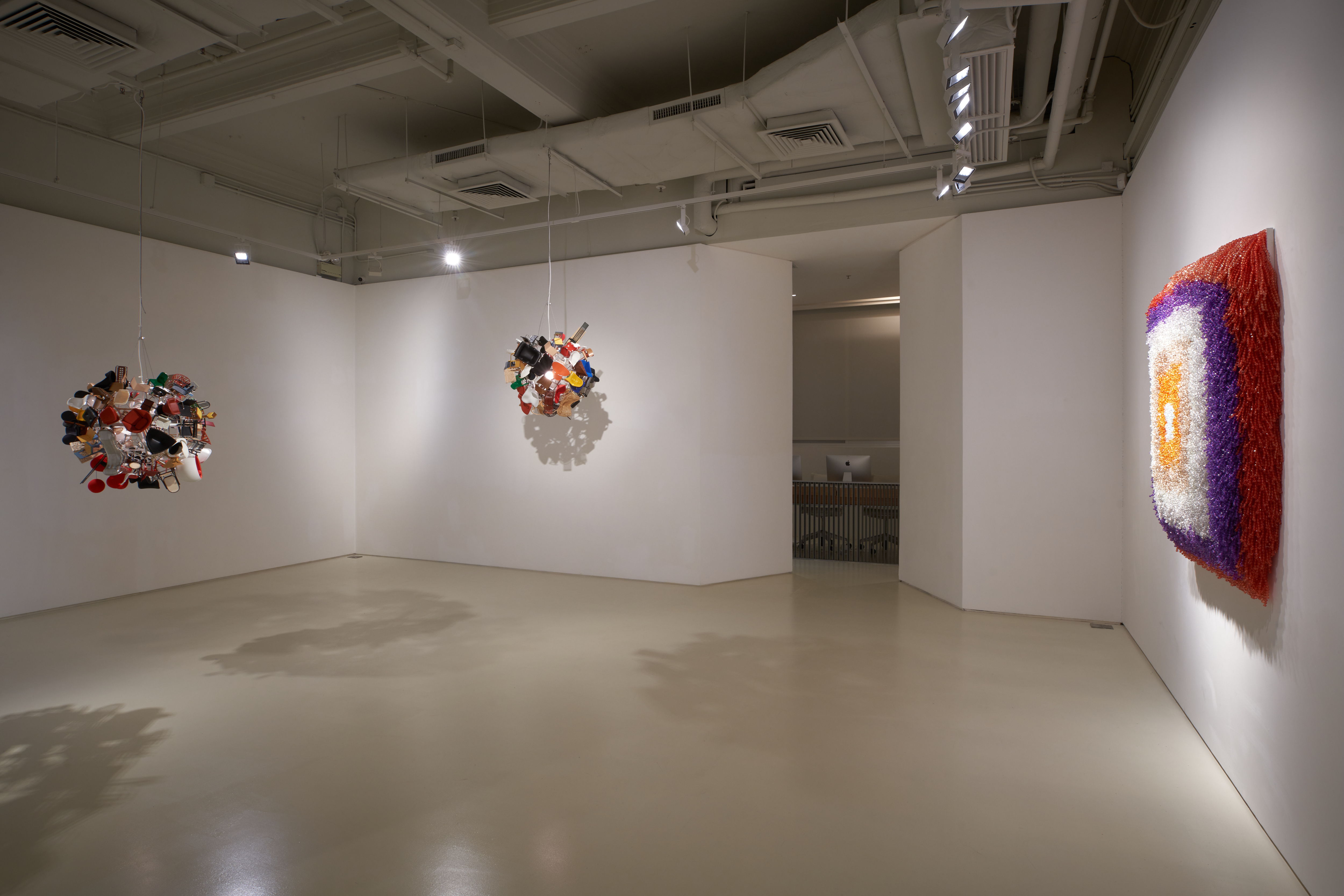 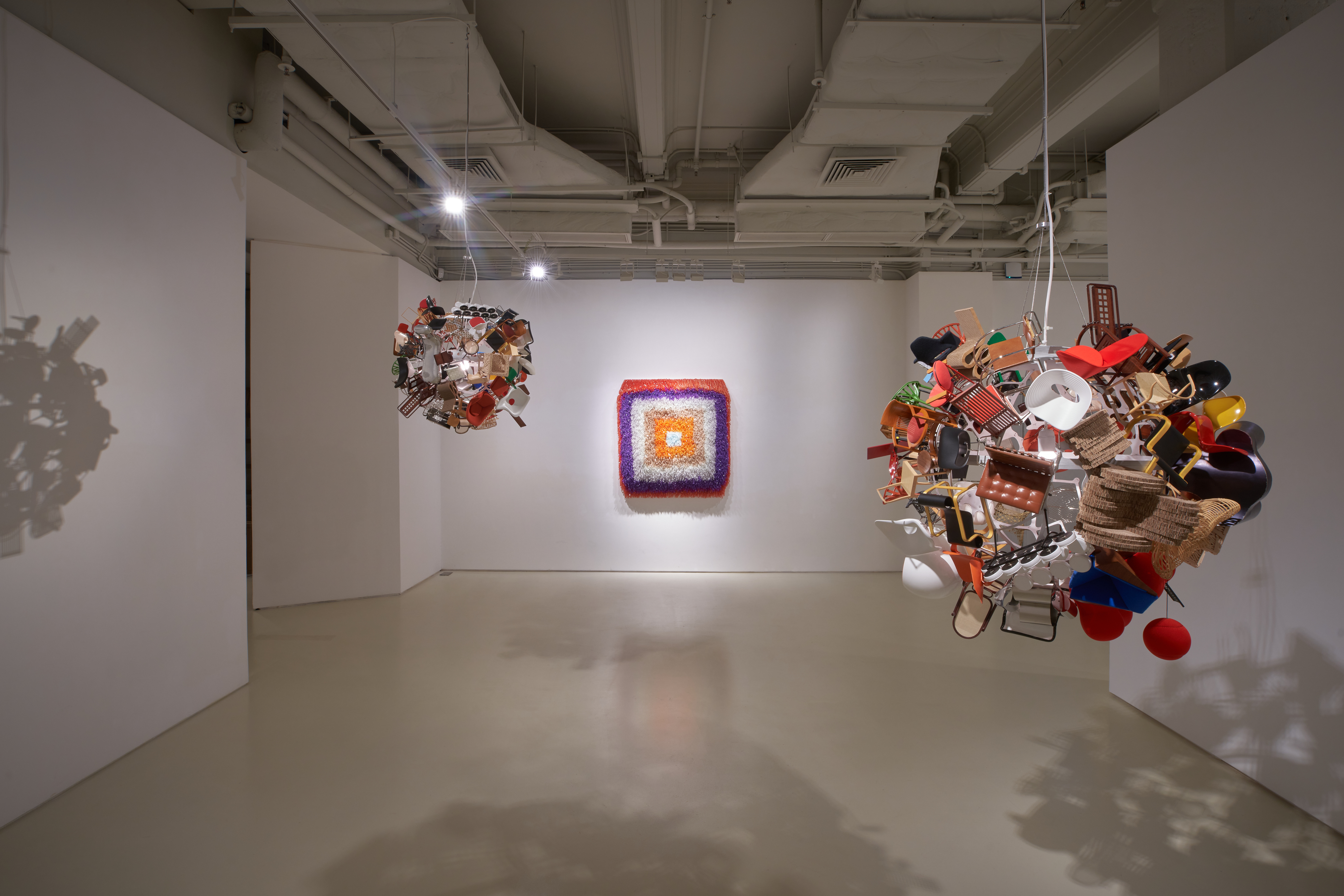 MASSIMODECARLO is pleased to present Paola Pivi’s new solo exhibition “Why not?” with the gallery and the artist’s first one in Hong Kong, nine years after her majestic solo show at Rockbund Art Museum in Shanghai “Share, but it’s not fair.” The show will present one new and first-time seen body of work titled “Bear foot”, along with three iconic works by the Italian artist.

The whimsical creations by Paola Pivi could be all seen as a joyful triumph of pleasure and abundance which, paired with their representational contents, offers a new interpretation of reality. Encompassing different mediums, varying from large-scale installation to photography, sculpture and performance, the artist mesmerizing use of varied media translates enticing real life matters into a light-hearted vocabulary of art.

Paola Pivi’s works are unapologetically and powerfully simple, often made by common and ordinary objects genuinely accumulated together or placed in extraordinary positions or settings. This emerges for example in Lightening ball (2021) and My little ball (2021), the two hanging sculptures on display constructed by the entire current collection of miniatures chairs by Vitra, representing a brief summary of the history of chair design. The small objects are suspended over an aluminium thin, light, hand made frame, with a light bulb within, which also functions as a lamp. The preciously extraordinary miniature chairs by Vitra are packed together so numerous and carefully, they seem ready to explode. In fact, when lit, the lamp projects a mesmerizing design of shadows, the silhouettes of the chairs, all over the walls, allowing the viewer to experience the history of design from a definitely unexpected perspective.

This idea of accumulation and agglomeration is essential in Paola Pivi’s visual language. Multitude objects and persons can be put in a row, lined up together. As such, the twelve artworks from her new body of work Bear foot (2021) are repeatedly and rhythmically displayed on the walls of the gallery.  The polar bear’s “feet”, accurately pointed as if they were in a ballerina pose, covered in feathers, form a multicolour rainbow of kaleidoscopic richness, glowing and fluorescent.

The sculptures give off a sense of direct and cheeky lightness, releasing a sort of fresh energy. This work is the most recent development of the icon series of the multi-coloured plumed bears, so human-like in their poses that always give the impression to be about to spring to life at any moment. Not surprisingly, the ability of Paola Pivi to disorient the viewer by manipulating reality and contexts emerges beautifully in the series of works with animals: by operating on the representational conditions, the artist allows to happen anything imaginable within reality and thus makes reality itself so incredible to seem, eventually, unreal.

The third artwork displayed is pure expression of chilly excess and luxury: I don’t need a title, 2008, is a wall sculpture made of thousands of plexiglas pearls, conceived as a concentration in space of precious elements, it appears as an attractive cascade. This work is part of the iconic Paola Pivi’s series made with pearls. Specifically, those on display are part of a body of works made between 2005 and 2008, characterized by a concentric and geometric design made through the use of pearls in different colours inspired by Joseph Albers.

Paola Pivi invites the viewer to a joyful, positive and fun exhibition and to her universe, surprisingly real, clear and familiar despite its spectacular forms. Through her oeuvre, the Italian artist invites us into another way of approaching reality, where the impossible might become possible, giving us a sense of optimism and hope that now more than ever appears invaluable. 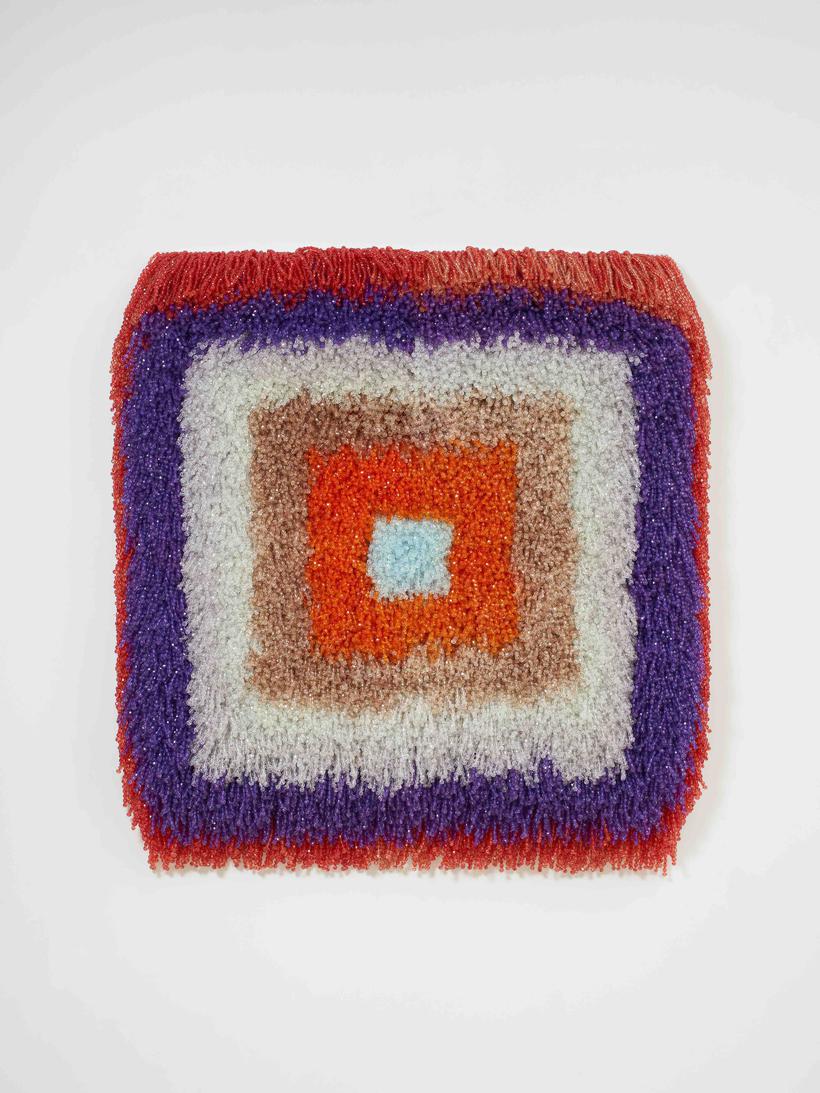 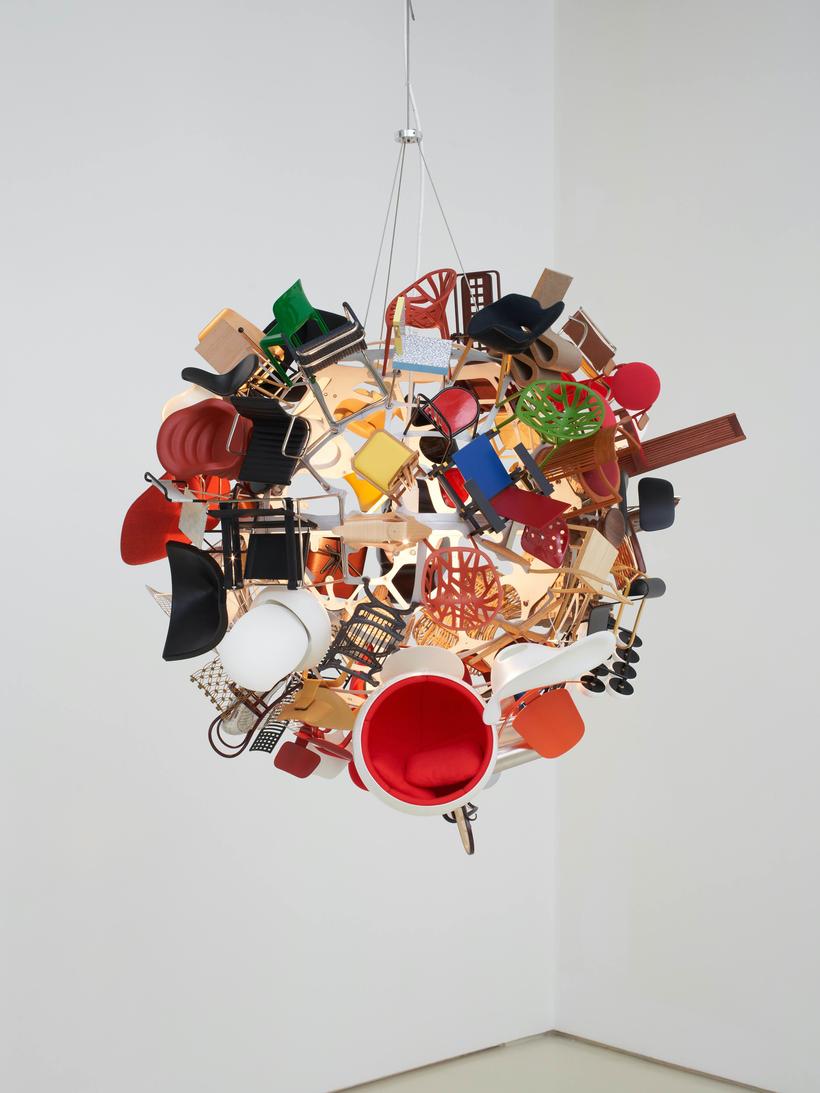 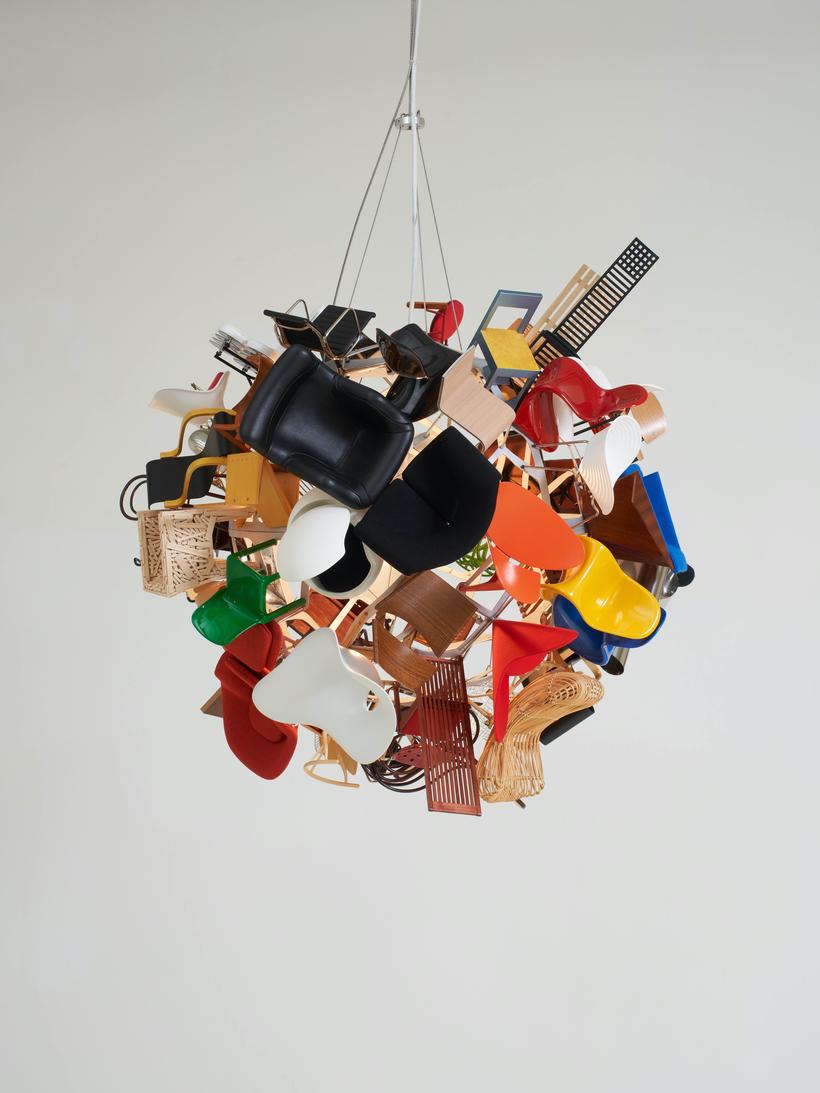 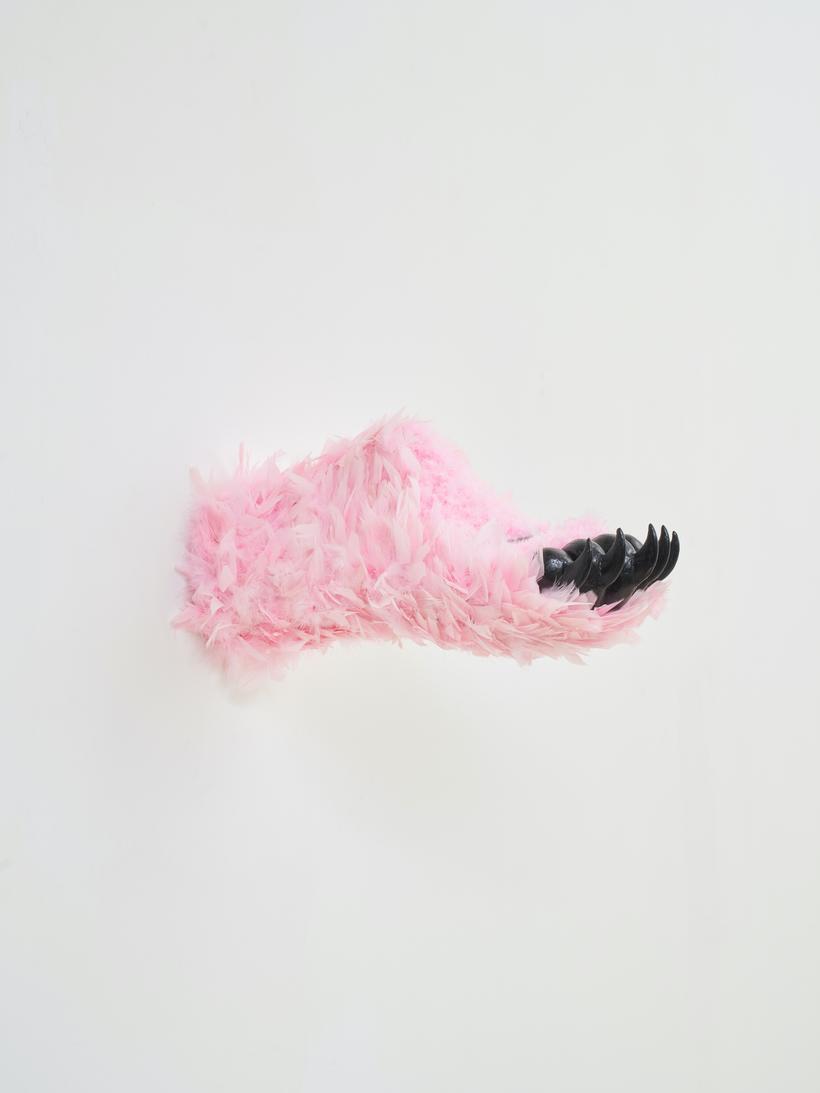 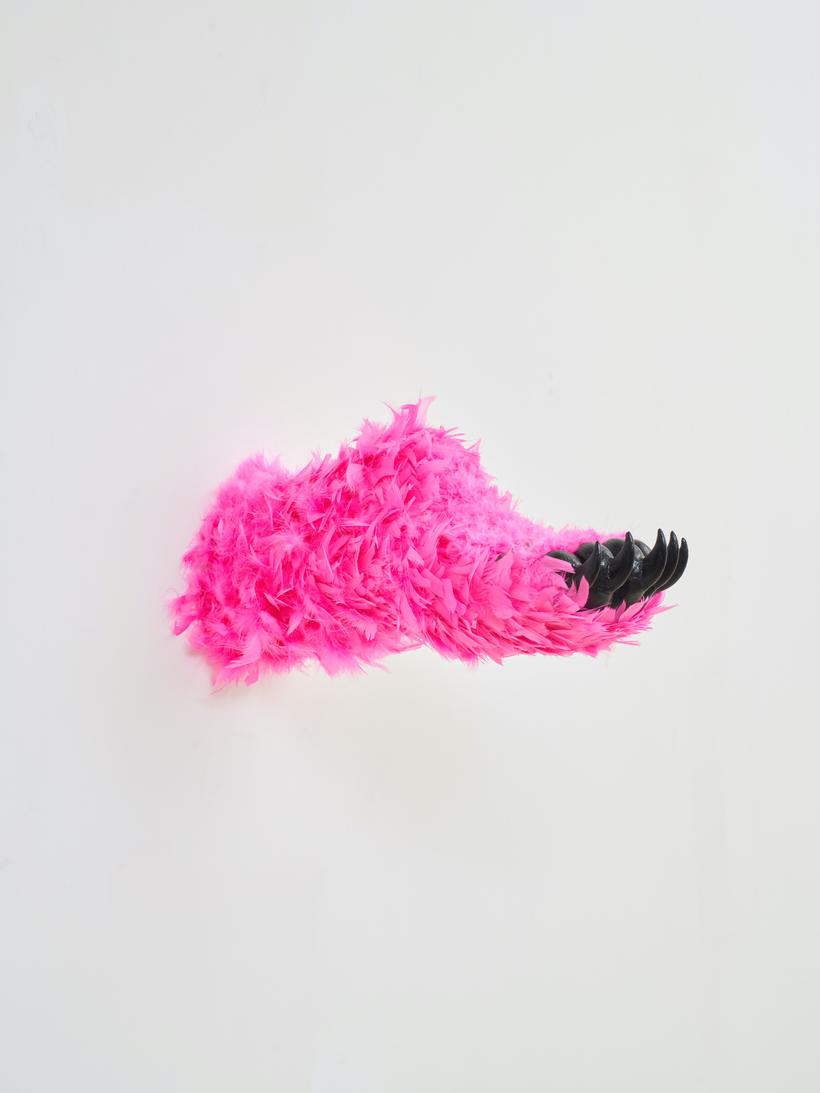 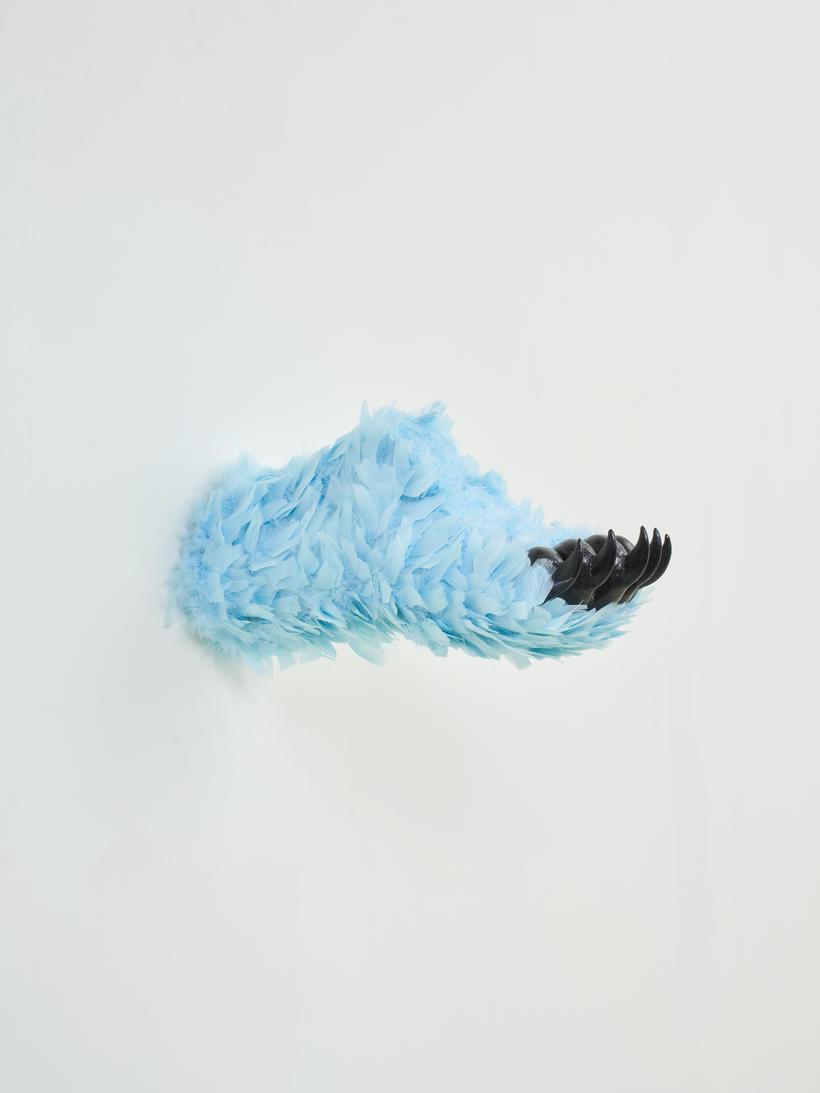 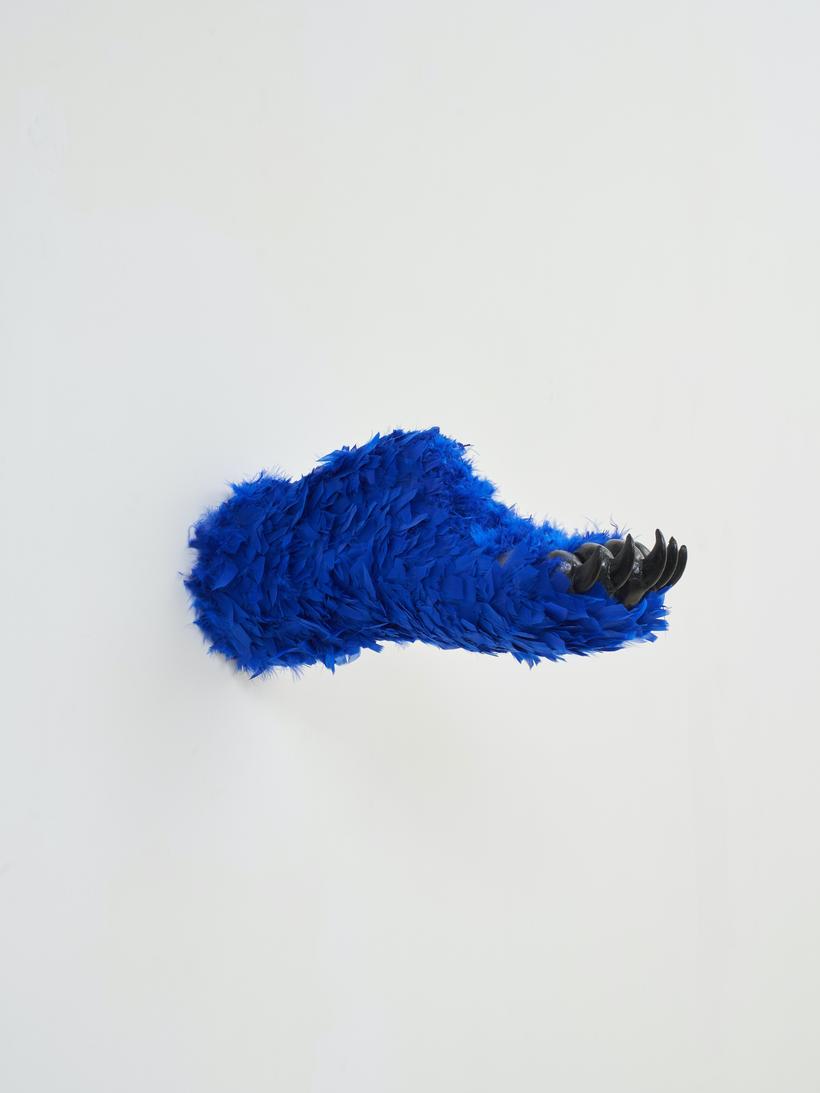 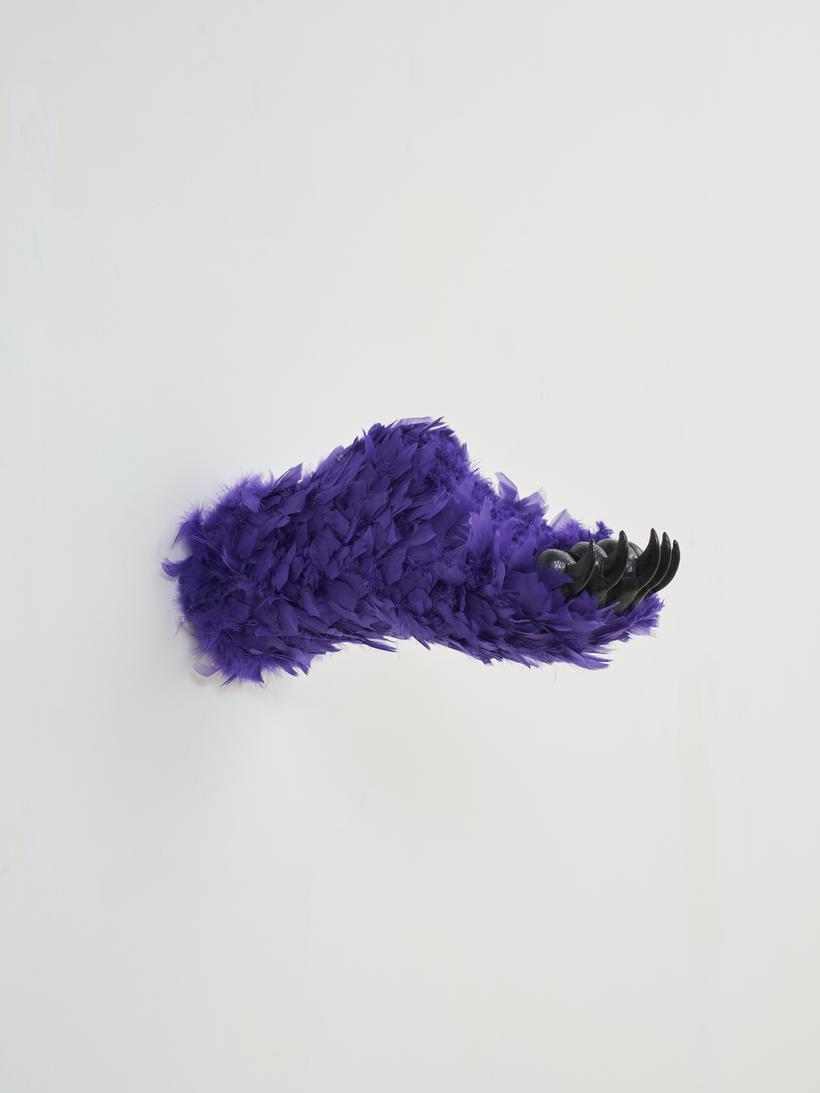 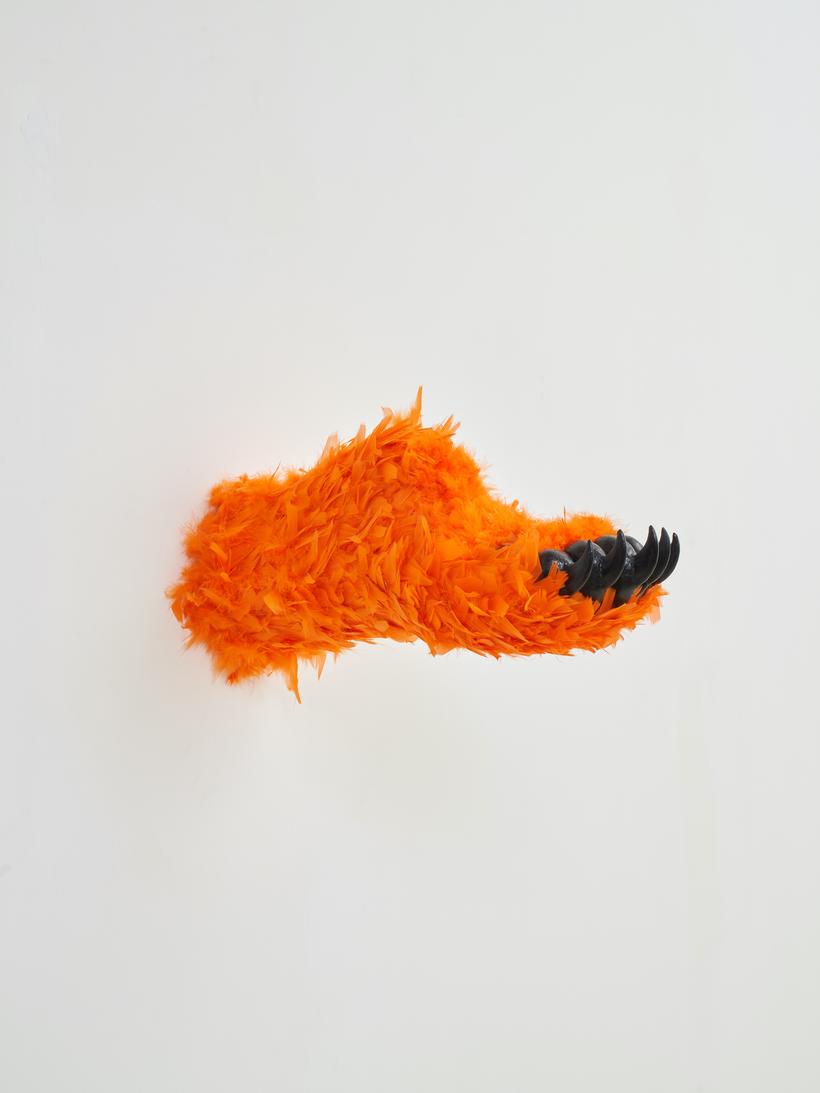 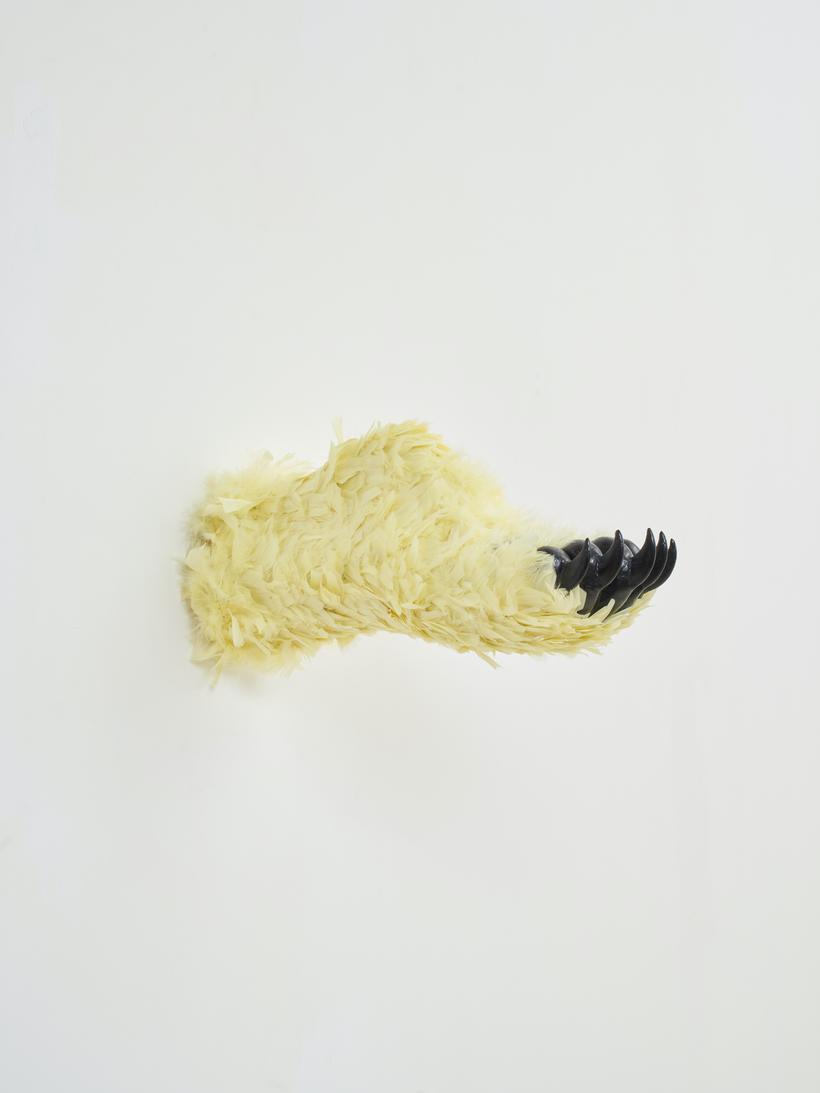 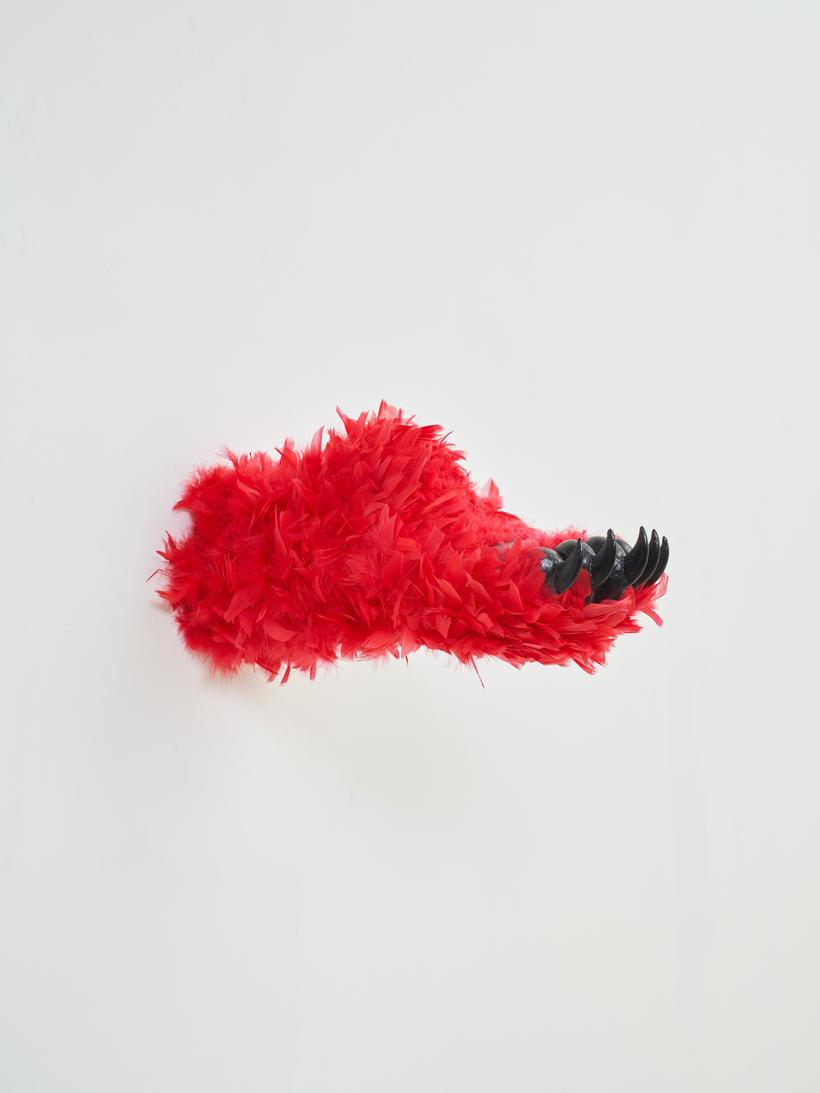 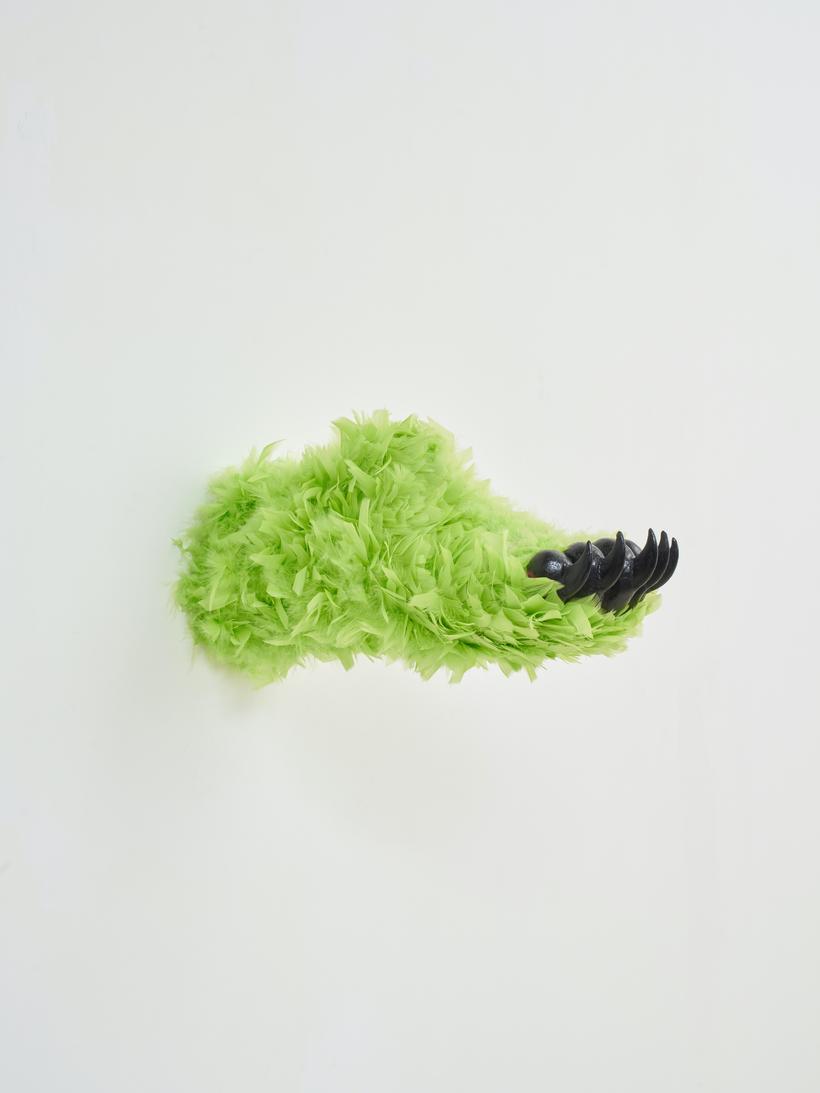 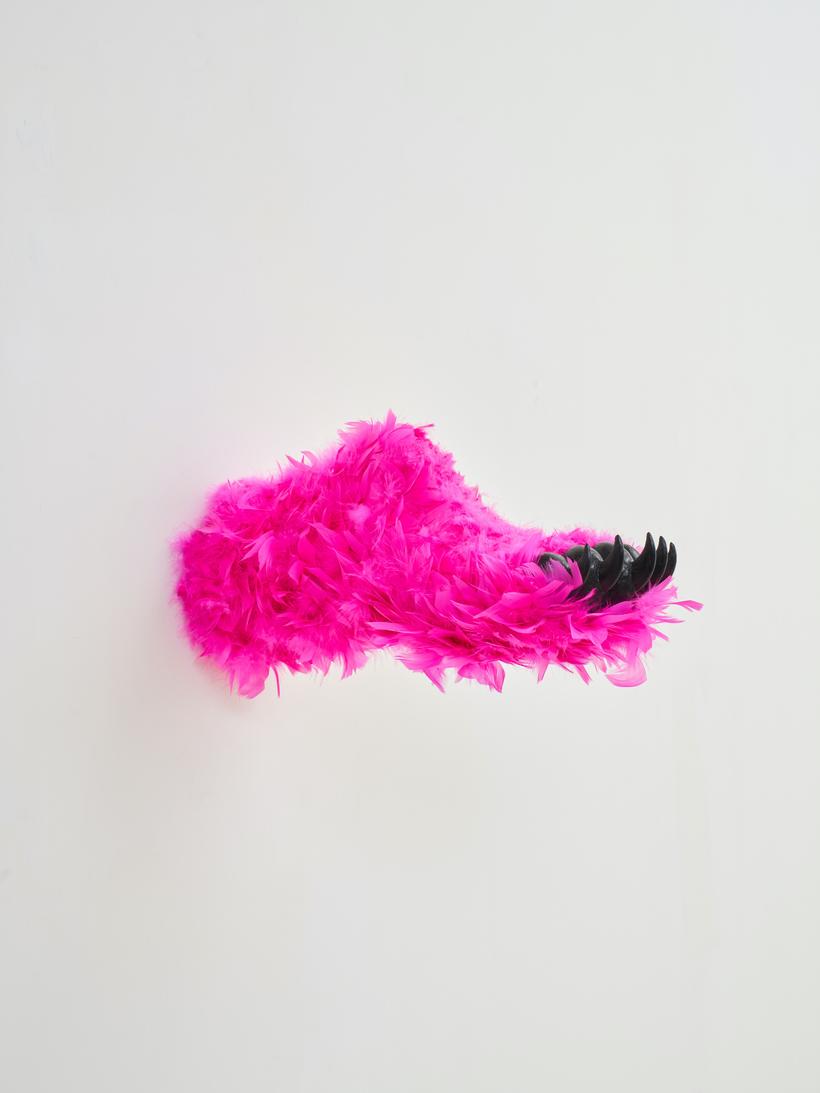 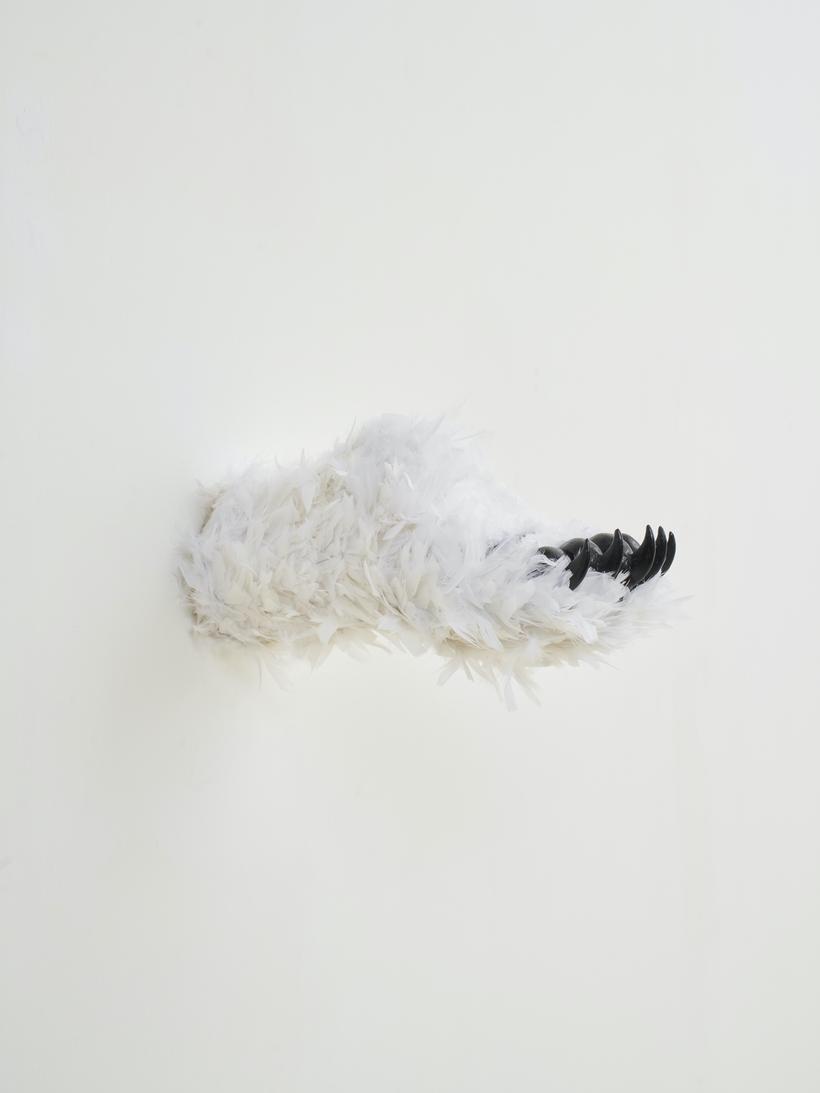 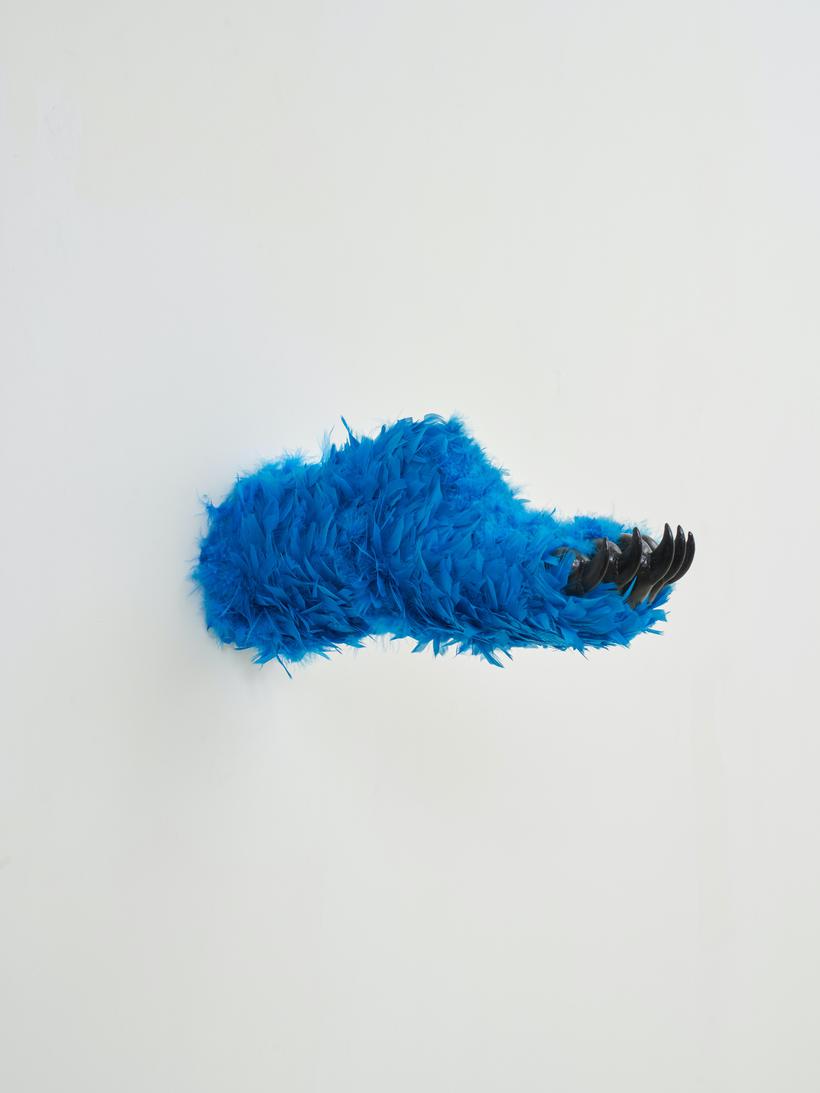