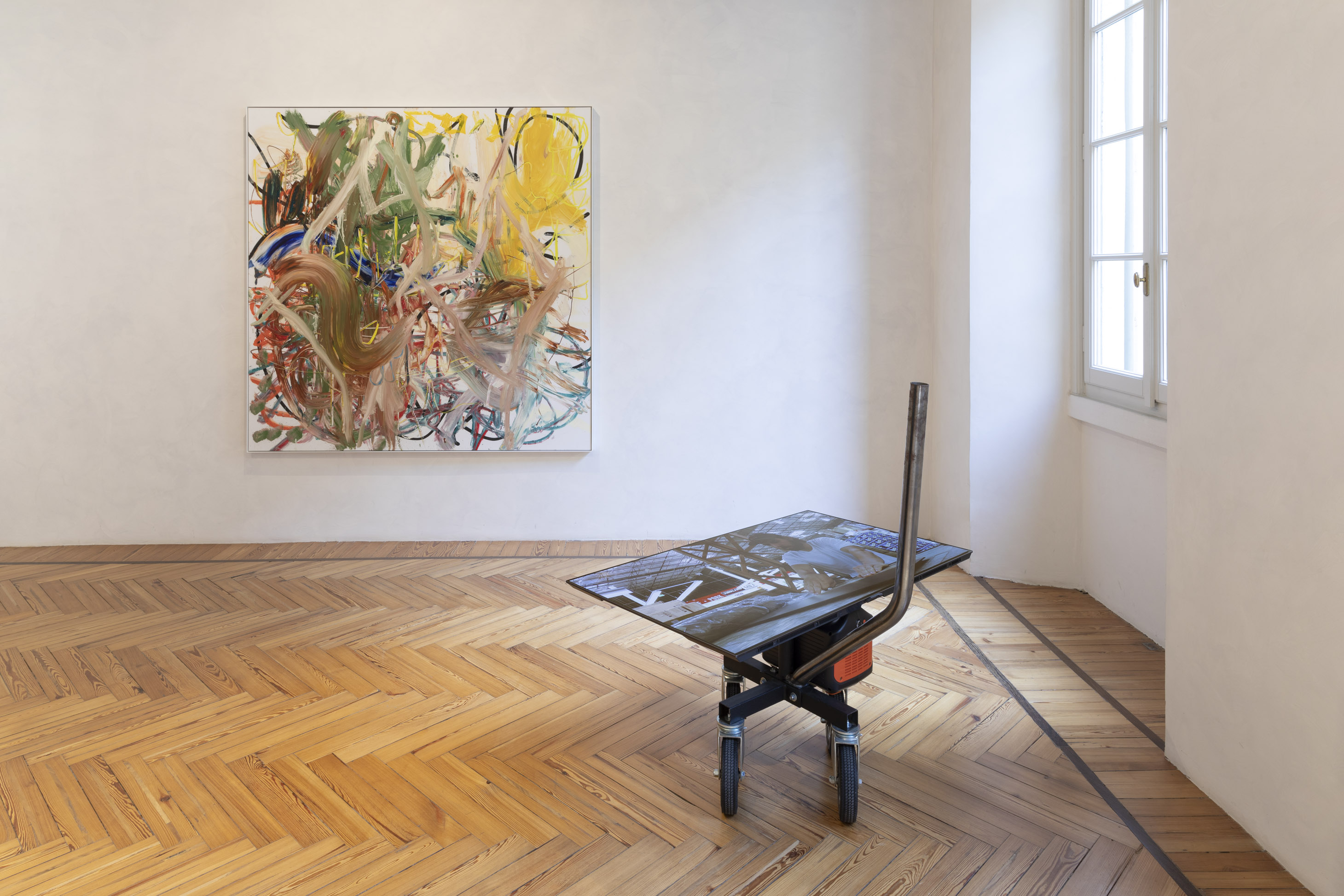 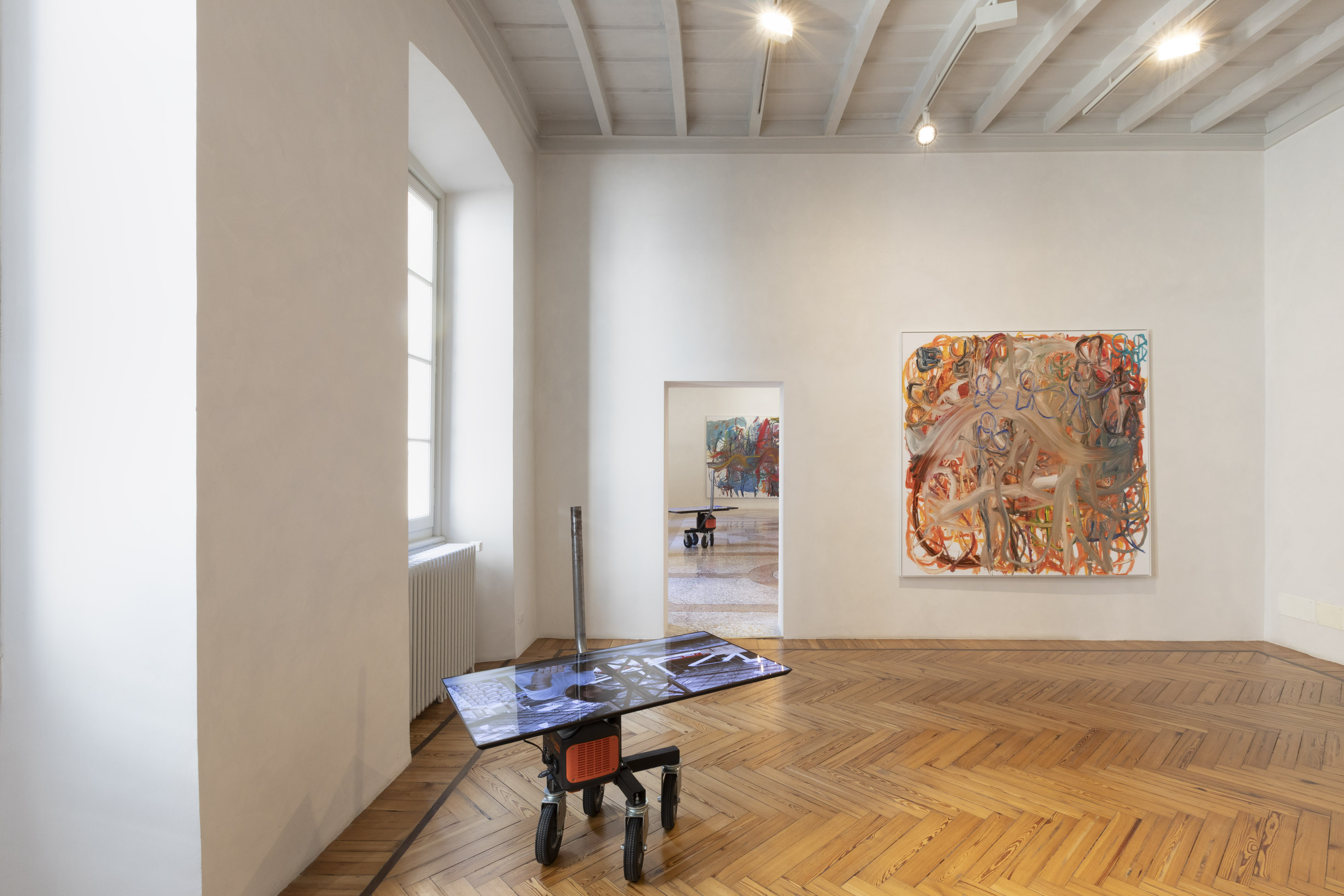 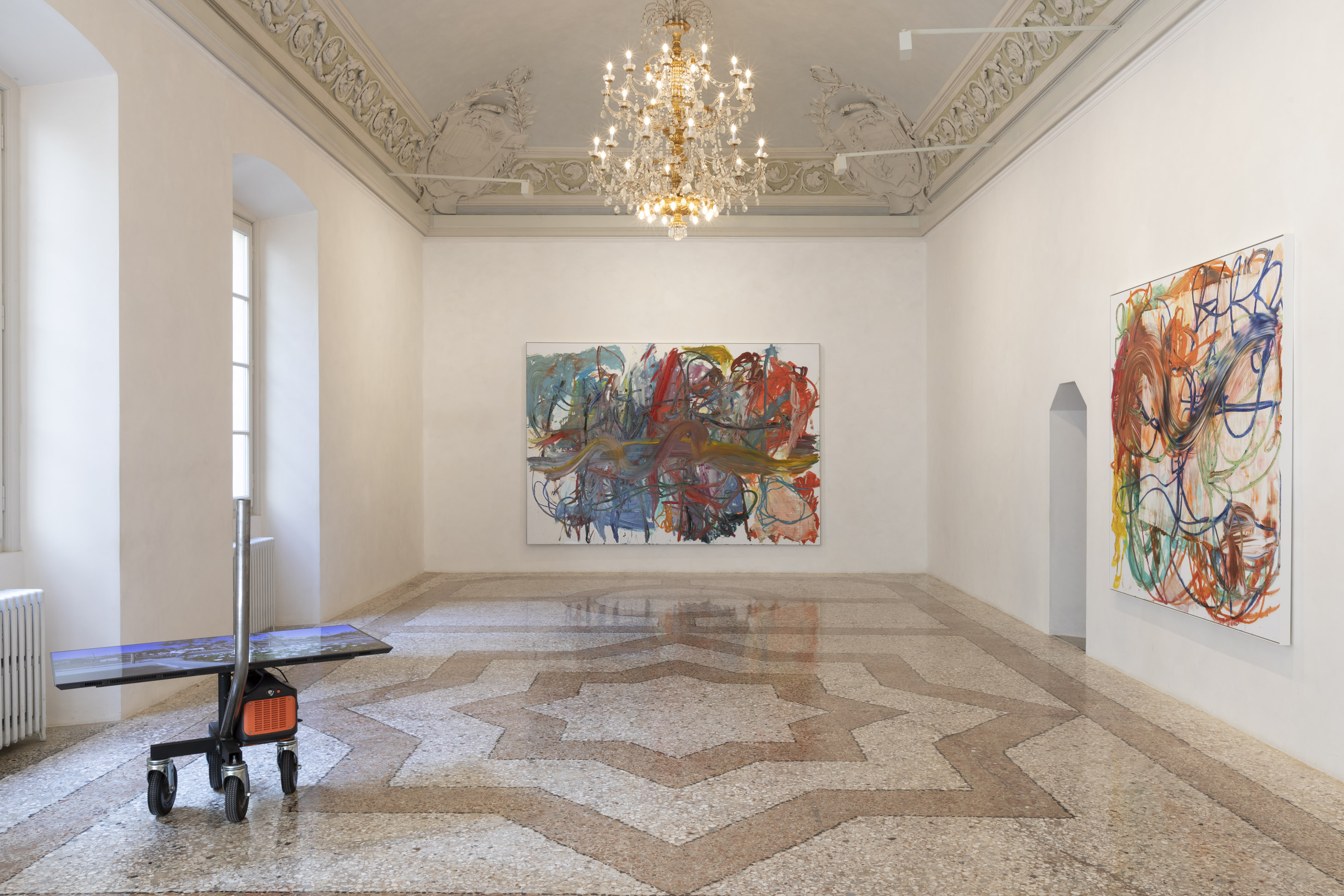 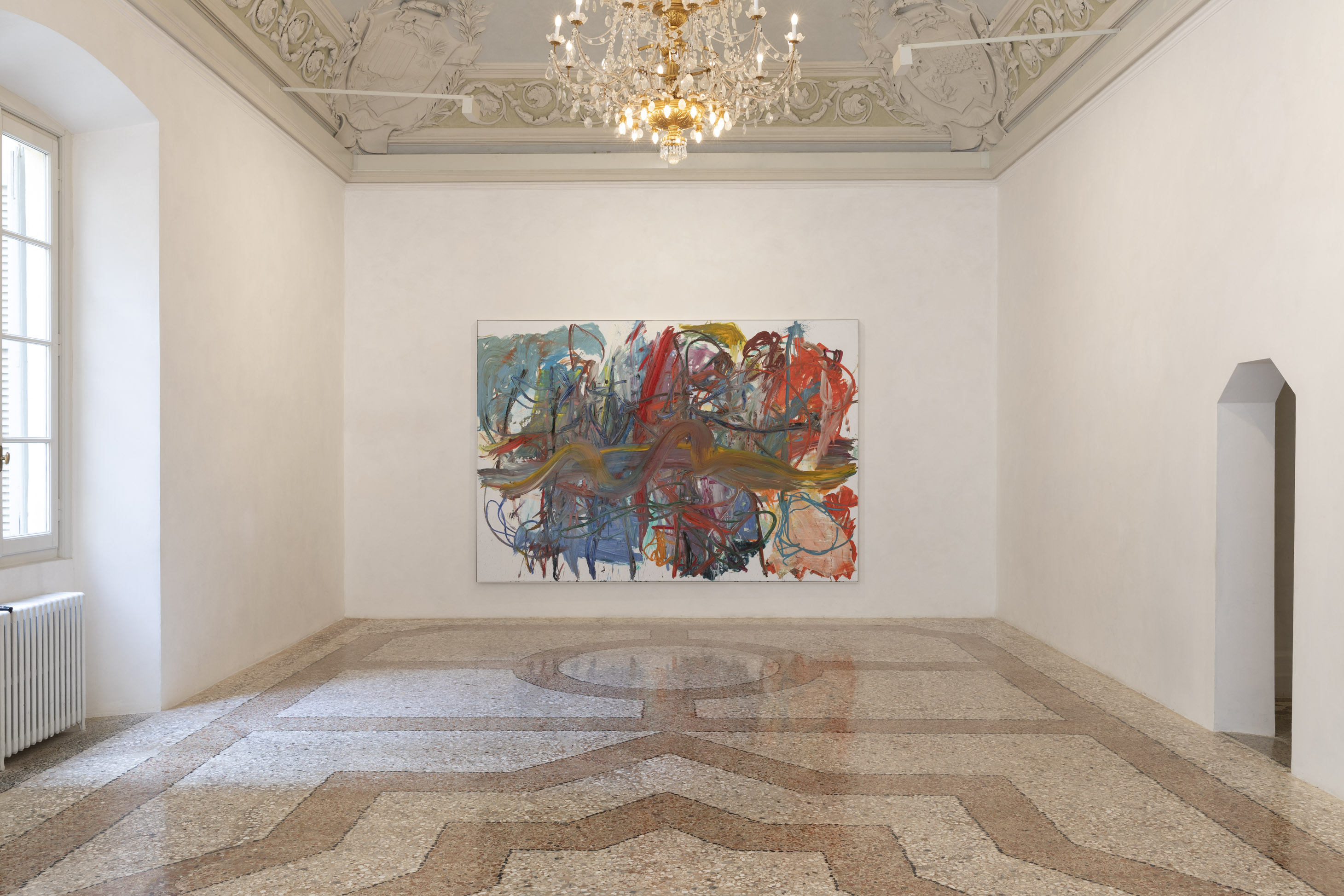 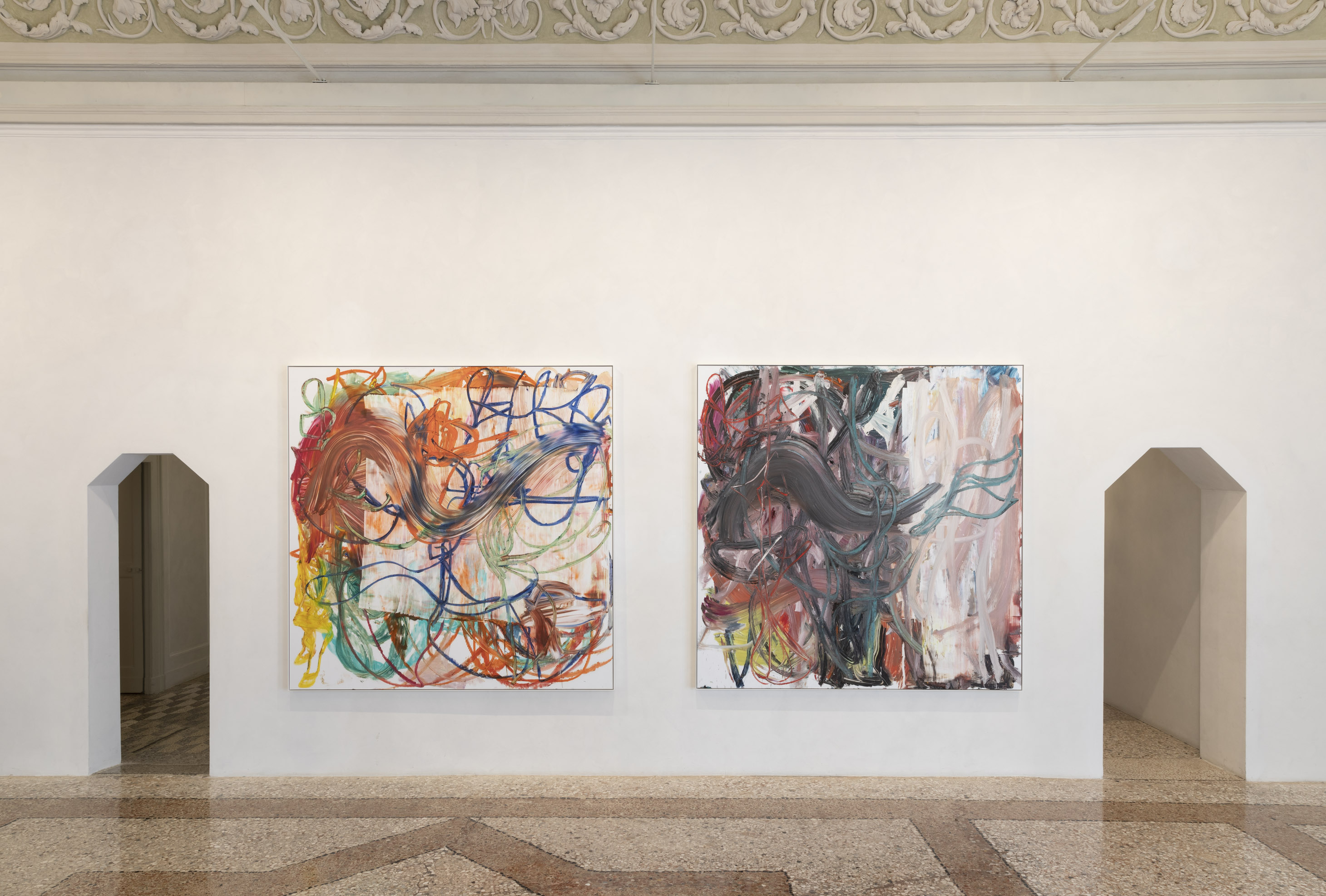 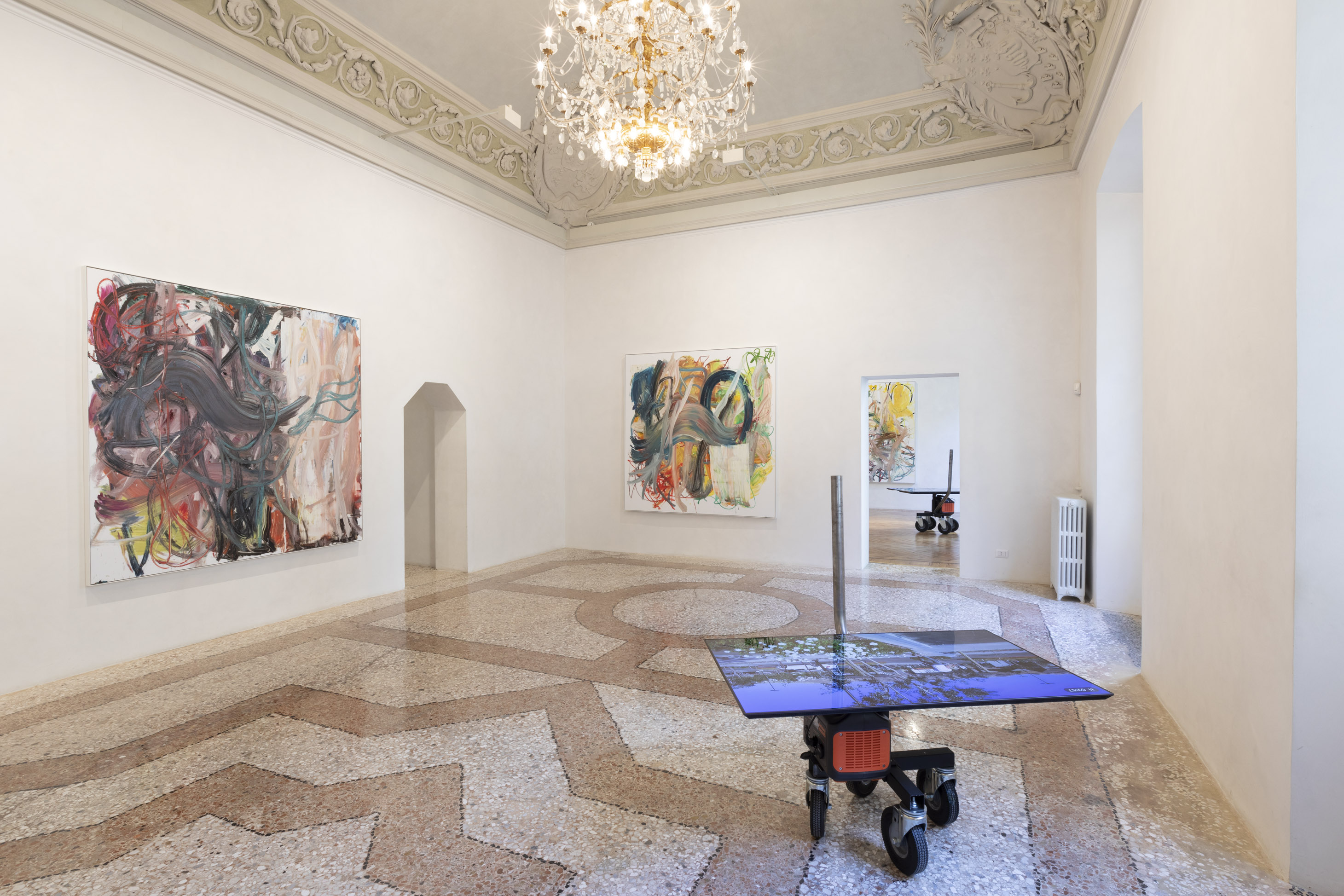 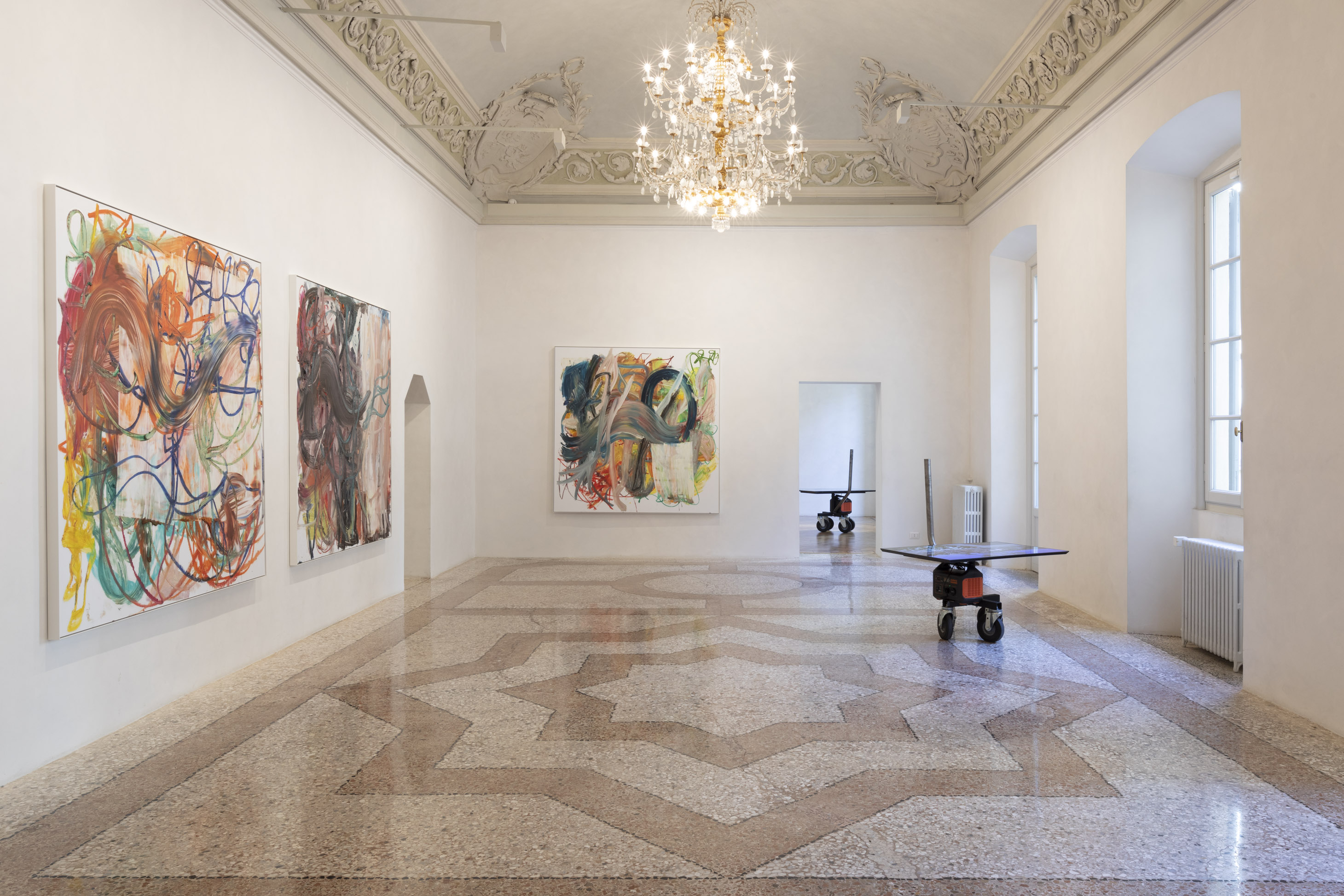 MASSIMODECARLO presents Yucaipa, an exhibition of new works by Aaron Garber-Maikovska (b. 1978, Washington, D.C.). This is the Los Angeles-based artist’s second solo exhibition with the gallery and his first one in Milan.

Aaron Garber-Maikovska’s oeuvre is intrinsically connected to the body, its experiences, its constraints and expression’s possibilities and its immanence as a premise to the affirmation of the act of painting. Somatic is the artist’s preferred descriptor in this instance, with Garber-Maikovska’s practice situated in an interstice between motion, performance, language, and painting. Using his homemade oil bars, the artist is able to articulate a specificity of color and light and layer and screen to embody his visual language.

Yucaipa comprises of a new series of six large-scale abstract paintings all on fluted polypropylene, along with two video-documents mounted on mobile horizontal sculptures. The title of the exhibition refers to a city in Southern California - where the artist had performed in several occasions – that becomes an archetype of all the liminal places connected to his performances, locations that are in a state of transition, hence fluid, dynamic, filled with opportunities.

Executed with rhythmic and physical movements, the abstract paintings are like generative membranes absorbing and releasing energy. The color palette is intense and bright, the composition is dynamic and omnidirectional and the undulating shapes and lines recall the envelope of sound, with its attack, sustain, and decay. The painting process lives symbiotically with that expressed in his performances: through a somatic affirmation, the artist is able to control his physical presence resisting the imposing nature of mechanical daily actions and that of corporate-mediated places. The prospective shifts and, instead of destabilizing, provides the artist different passageways to feel a new, light and dynamic energy that absorbs into the body and later transfers into painting.

The two videos shown in the exhibition are a documentation of this methodology. The monitors, mounted horizontally upon rolling casters and conceived by the artist as an autonomous experience, establish their own way of existence within the show that does not depend upon the paintings. They can be viewed omni-directionally, and they represent a horizontal and flat energy flow that happens simultaneously to the vertical one of the paintings.

With Yucaipa, Aaron Garber-Maikovska seems to distance from the heightened sense of control of some of his previous works – such as the Duo’s series, for example – the electrifying sense of movement and freedom which is central to his work, albeit retaining a cohesive and rhythmic language. Within his practice, the artist uses his body as site for perceptive, physical, conceptual, and spiritual inquiry, and in doing so is able to carve its own space and create a dynamic life affirmation energy. 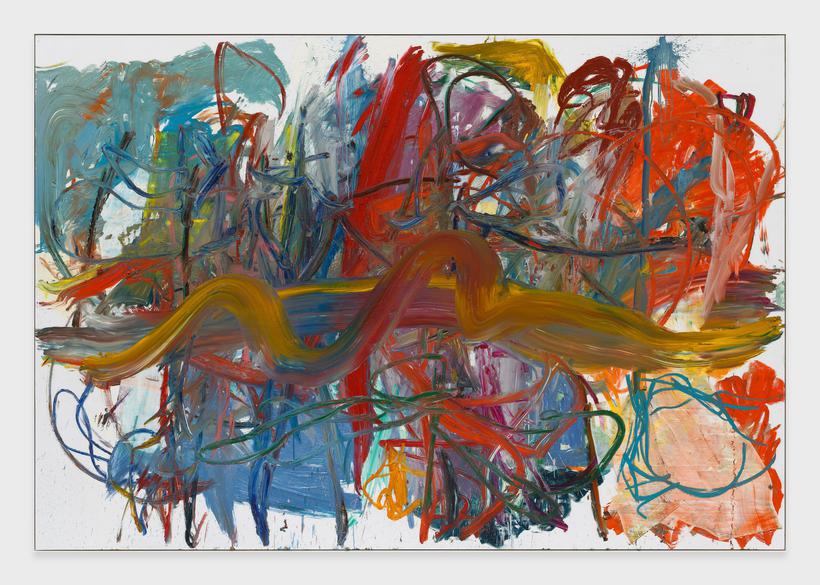 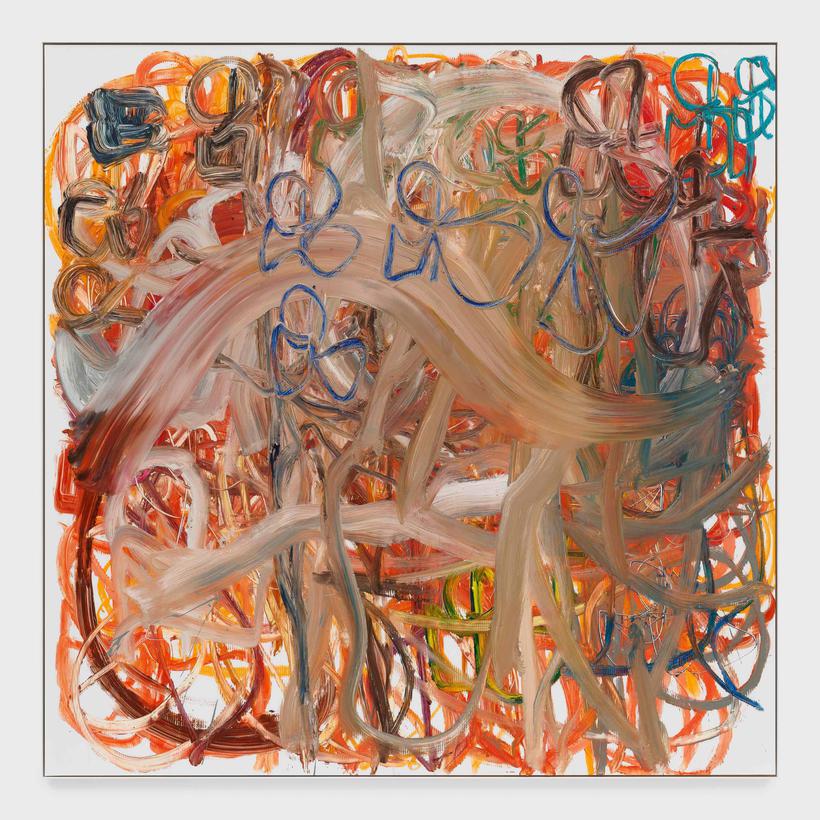 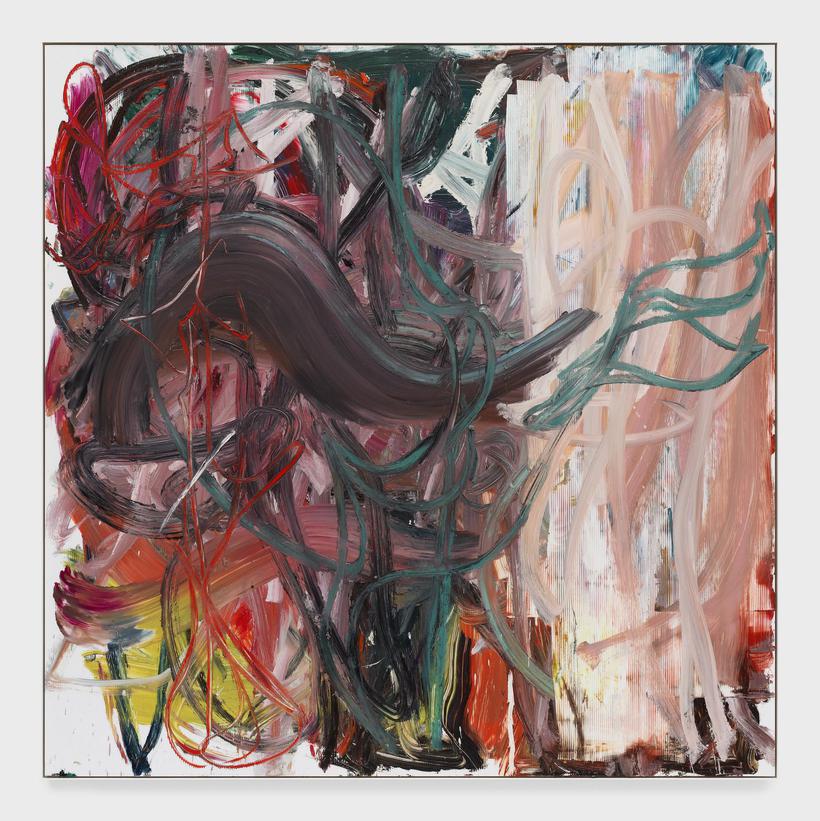 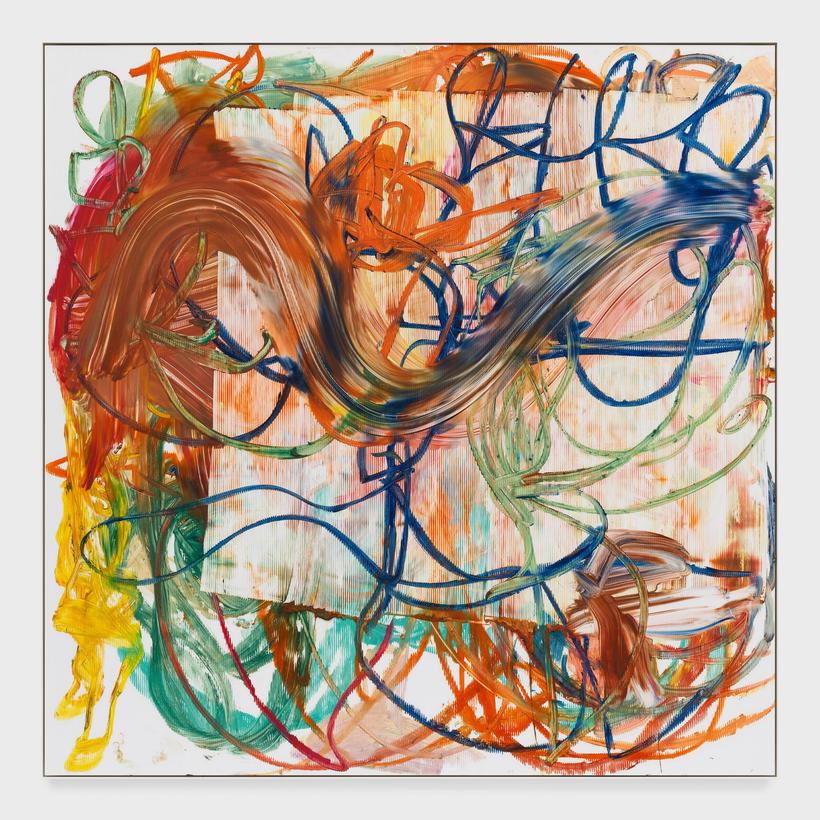 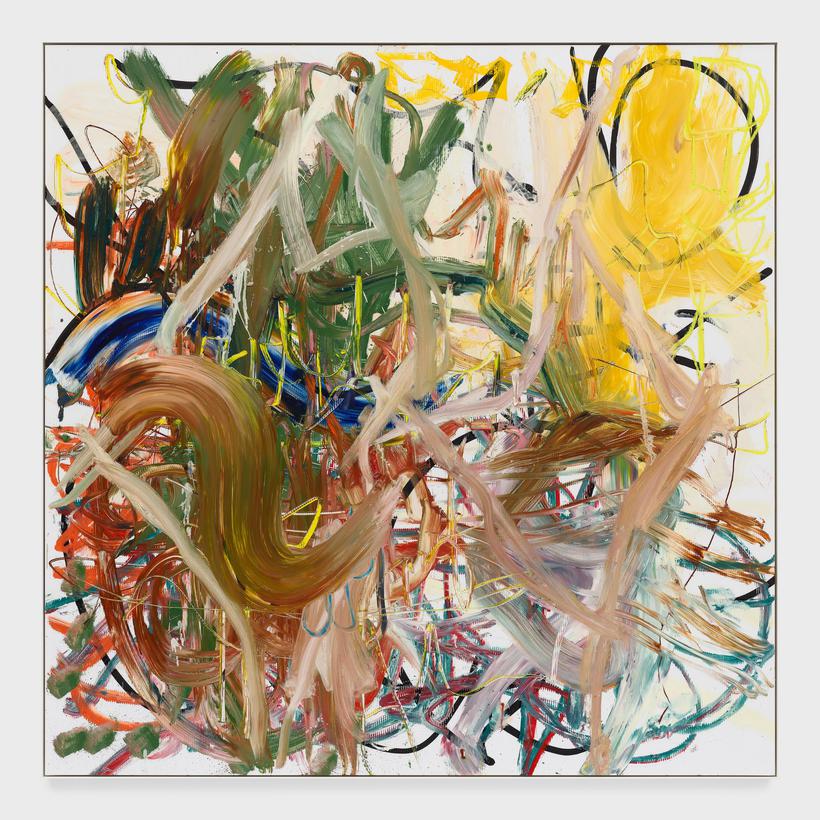 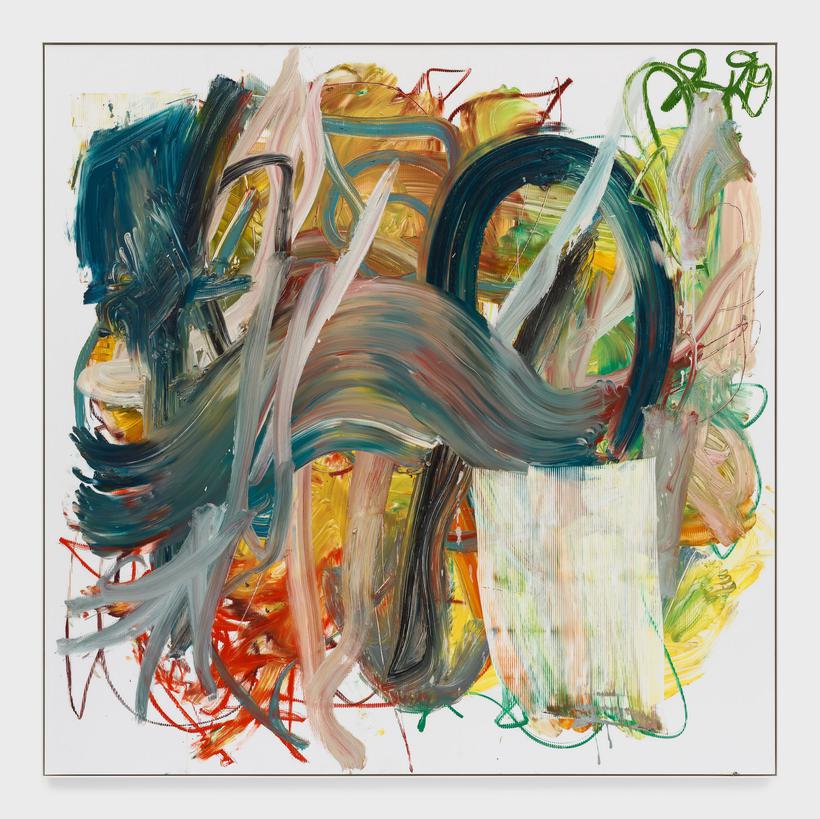 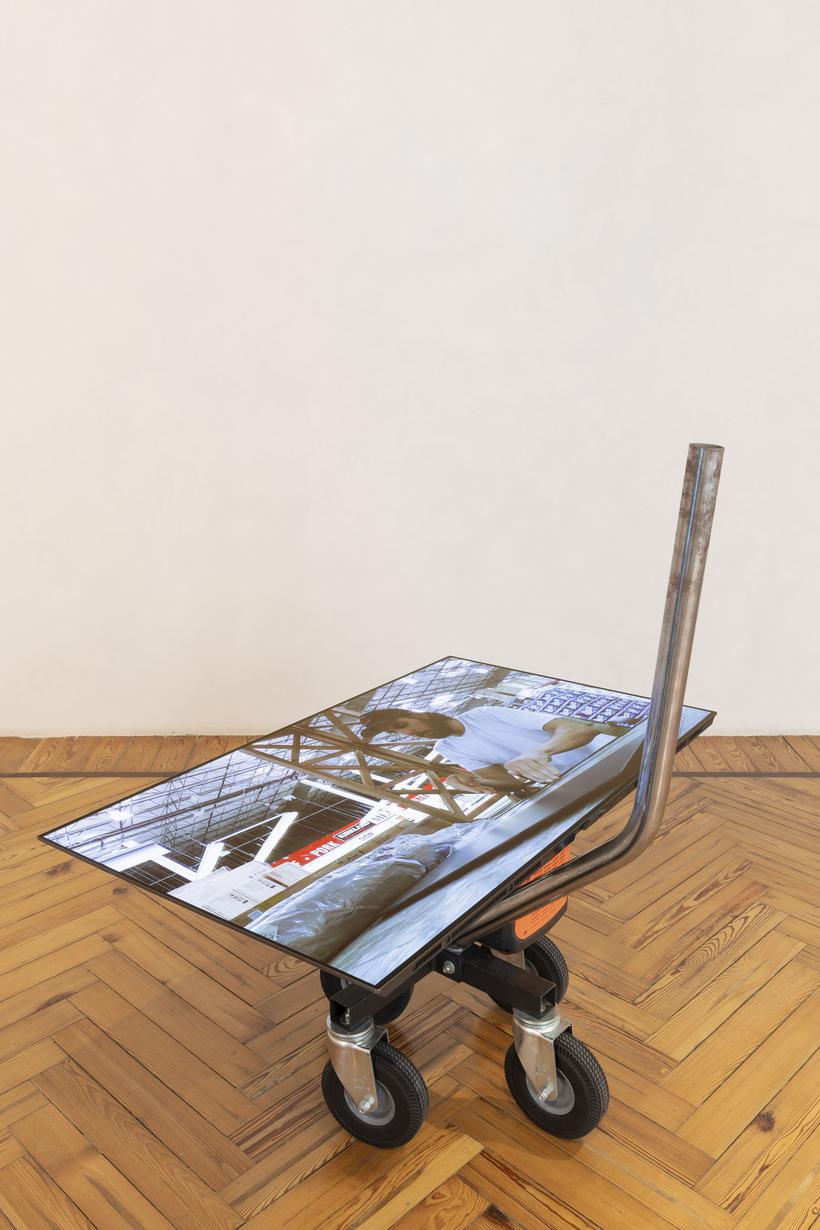 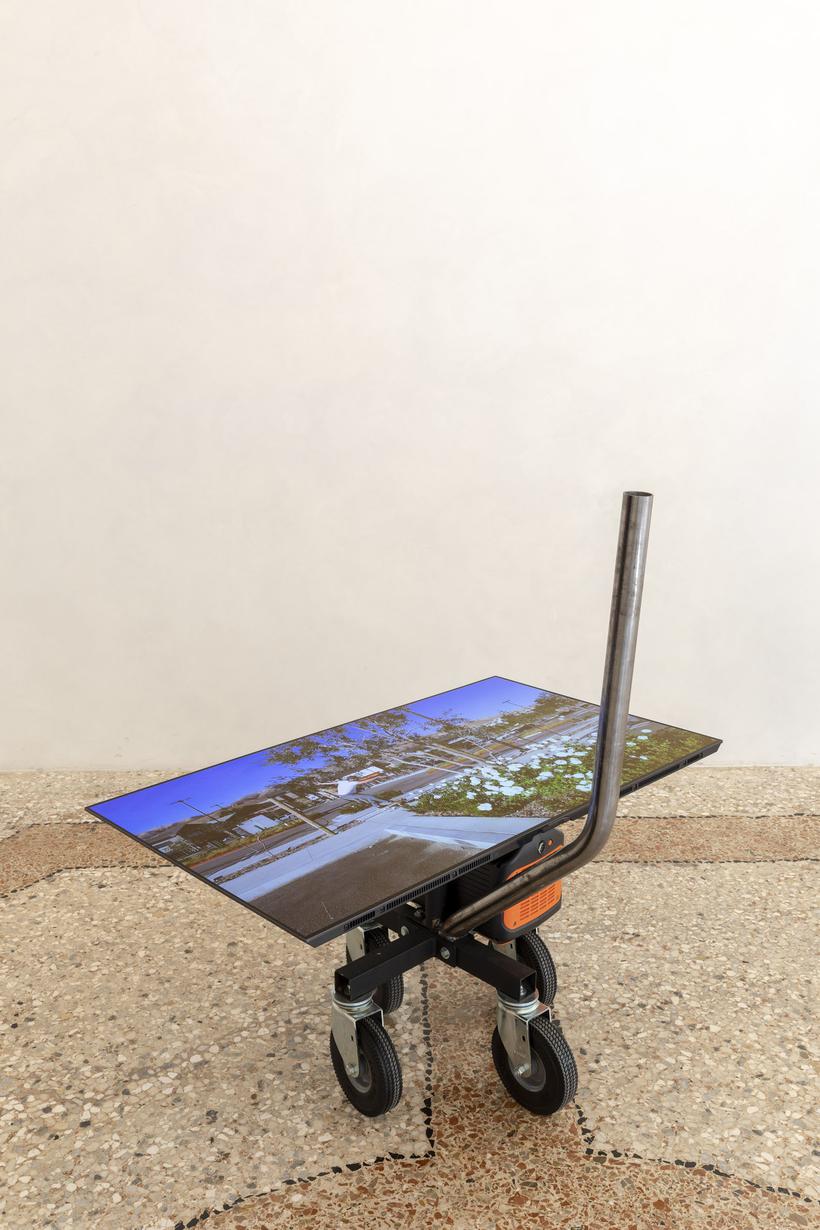 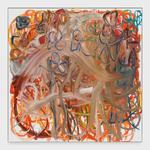 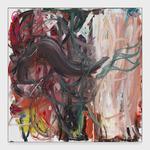 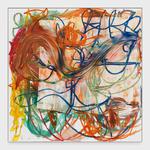 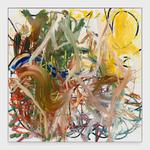 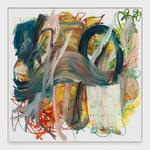