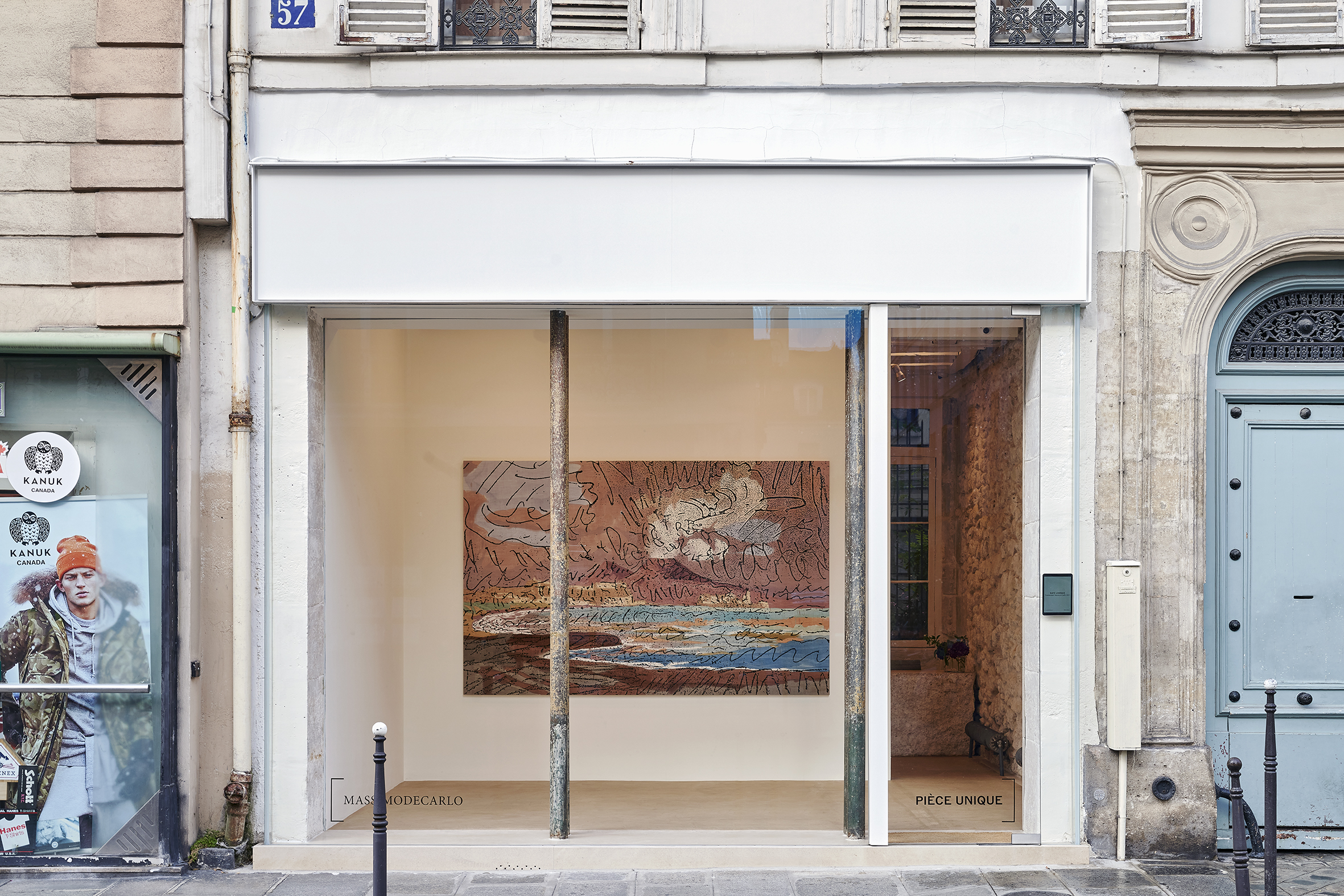 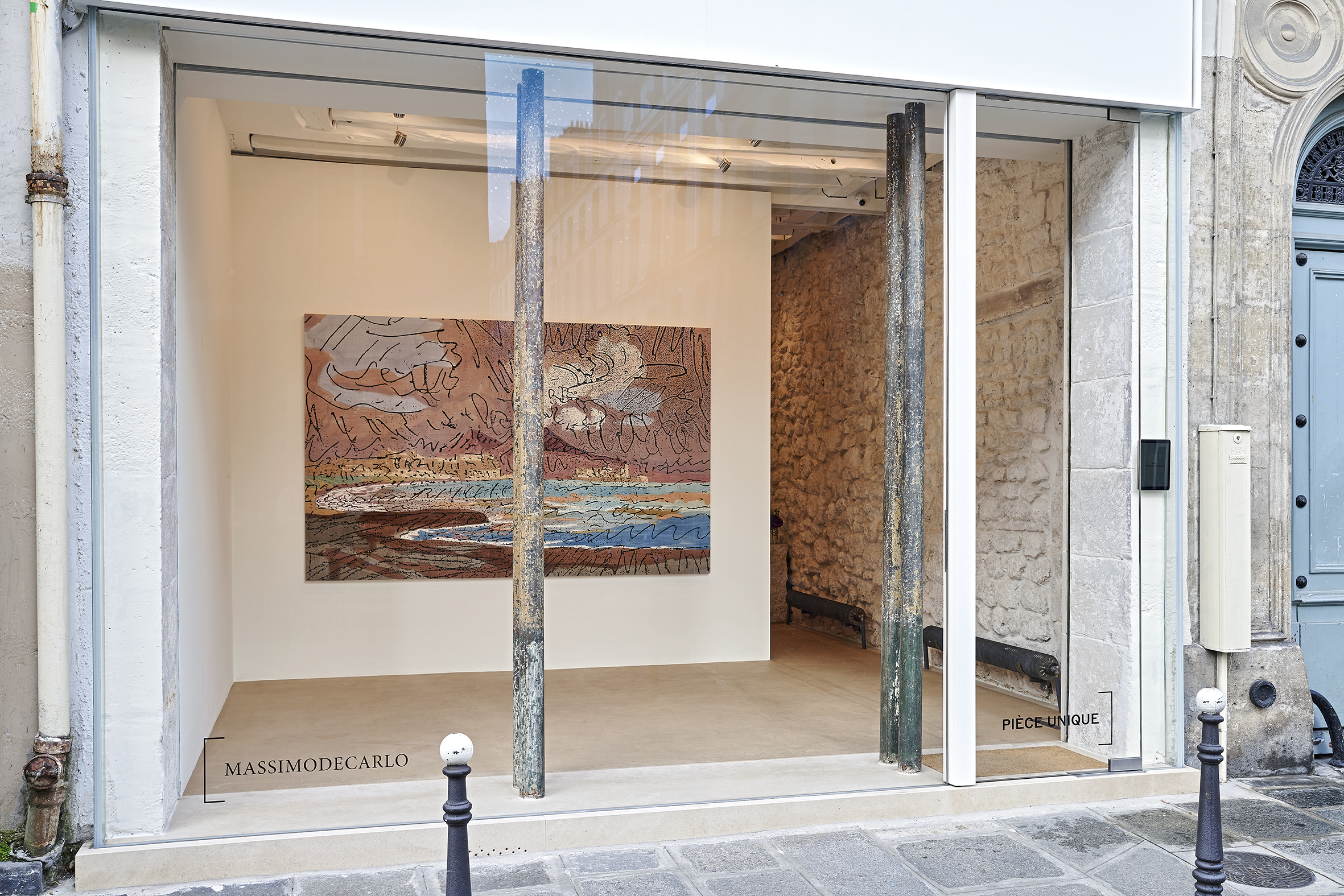 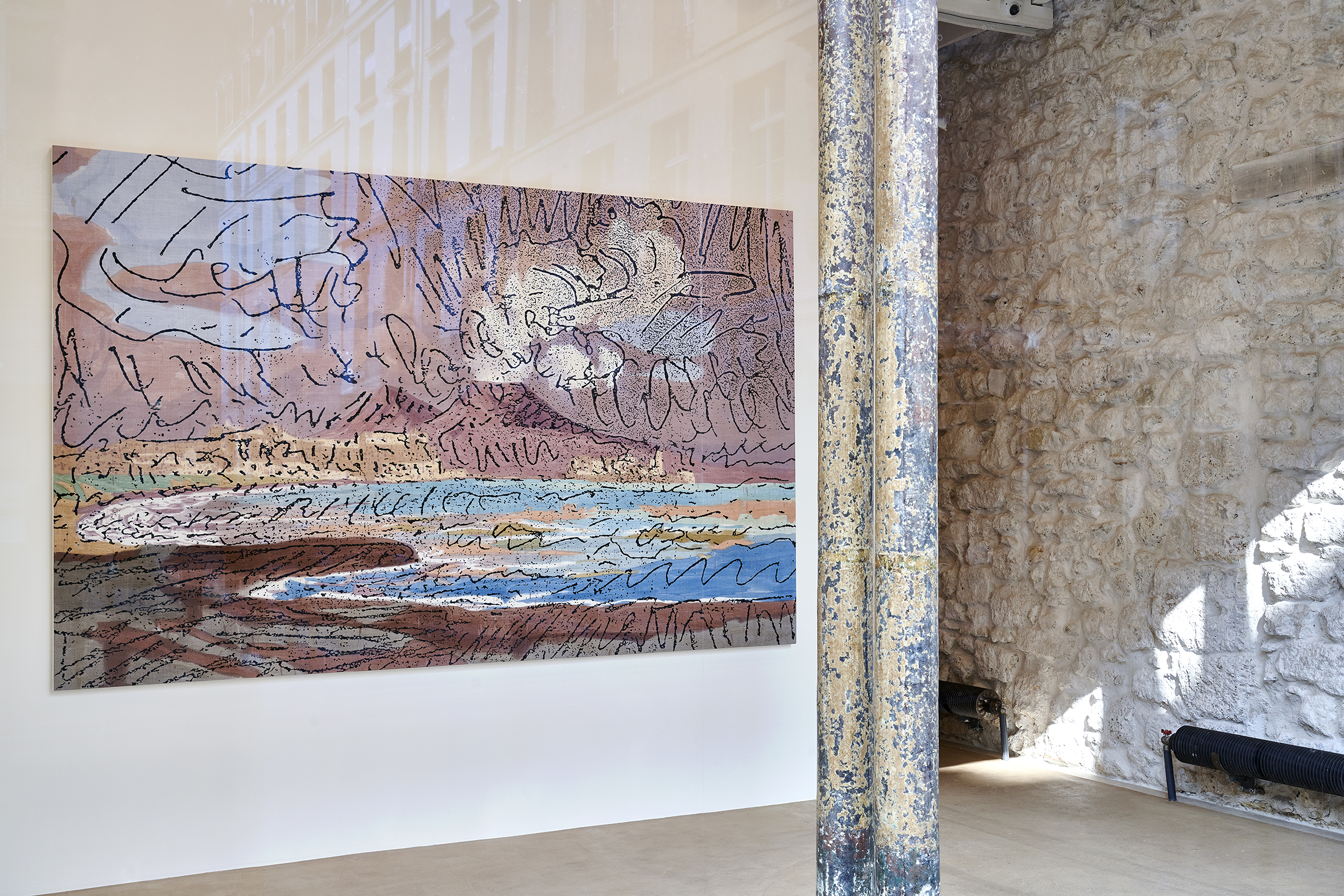 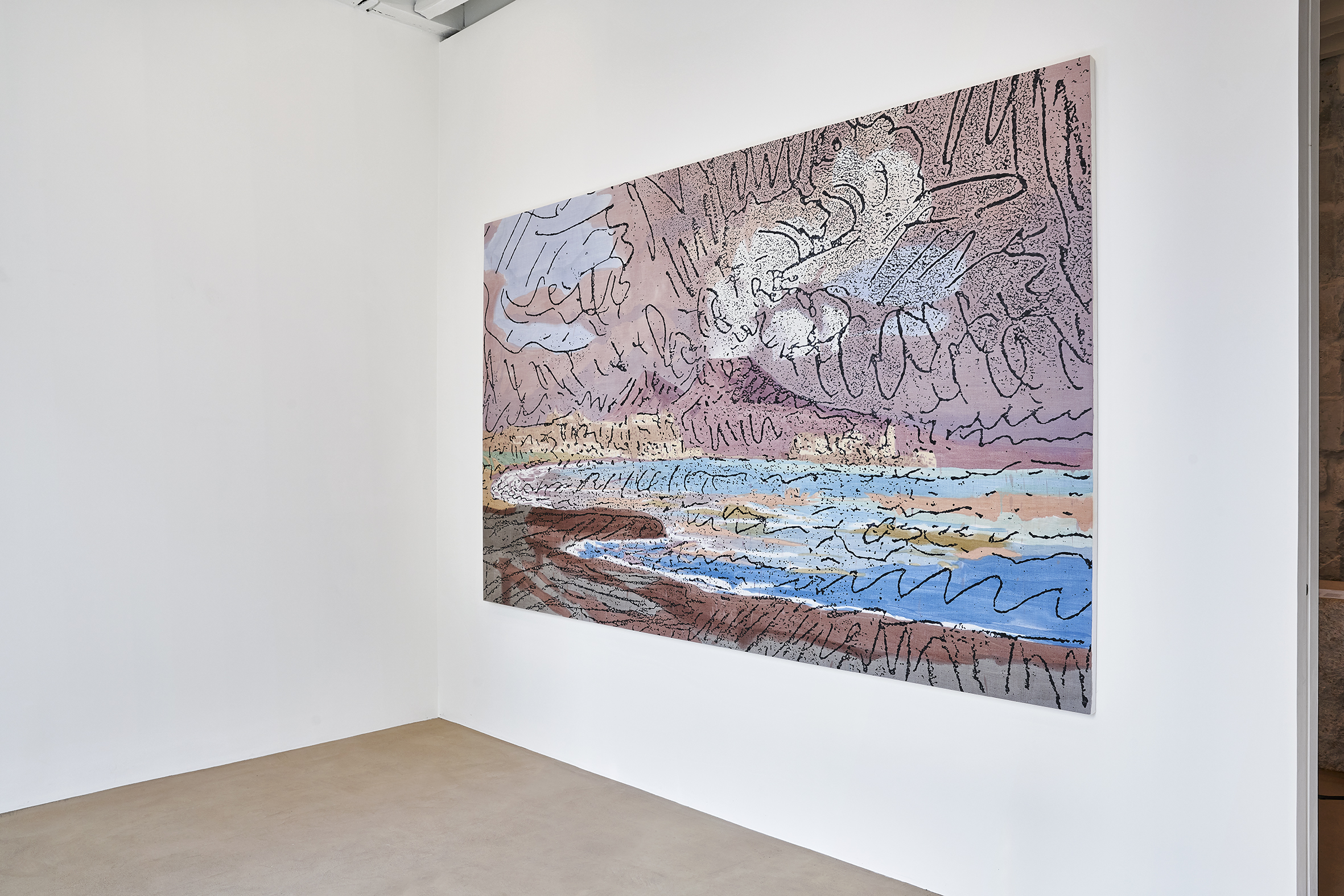 2021 has seemed to burst with a chorus of volcanic eruptions.  Even (or maybe especially) from afar, these eruptions make you feel connected to history.

Whatever happens just above the tectonic plates leading to a rupture that sends lava out of the top of the cone is strangely grounding.  But then the ground itself is on fire and you also have to deal with the extreme poetics of fire raining from the sky.  So it’s devastatingly creative.

I first encountered the paintings of Ippolito Caffi in an exhibition called “Romanticismo” in Milano in 2019.  I saw one painting of a solar eclipse in Venezia and another of Vesuvio.  Before returning home to New York, I visited two other countries, so it wasn’t until many months later, when I was looking through my pictures and reading my notebooks that I remembered seeing these paintings.

I was working on a painting of a Volcanic eruption in Indonesia when I rediscovered the Caffi pictures.  I have some close Italian friends spending the pandemic in Venice and I asked them to look around for some Caffi books with good reproductions of his paintings.  They sent me a few and within a day of receiving them I realized I wanted to make a painting out of a composite of two of his studies of Vesuvio.

I spent months figuring out how to repaint two sections of two of his tiny studies (both of which he probably painted in minutes).  His paintings were a few inches wide, and my paintings of his paintings would be 9 feet wide.  I made two composite “Frankenstein” paintings of Caffi’s Vesuvio studies so that I could show one in Paris and one in New York at the same time.

At a time in which it is very difficult to travel, it appeals to me to have two versions of the same painting being exhibited simultaneously in two cities.

My paintings of Caffi’s paintings are also painted and exhibited in homage to Andy Warhol, who’s 1985 painting, “Vesuvius” was exhibited at the original Pièce Unique gallery in 1994.  Warhol has a special relationship with the iconic image.  While people today seem obsessed with “de-mystifying” ideas and ways of life, Warhol’s artworks are able to lay bare the way that terribly real things can remain mundane and reach mythical proportions simultaneously.

There is a non-scientific equation that renders the patriarchal world as a nuclear family.  Father God, whether dead or in jail, is irrelevant.  Humanity, the perpetual child, has actualized its Oedipal conquest and moved in permanently with Mother Earth.  Mother’s Indigestion—swirling from the skies above or pressure-cooking and exploding from Earth’s core—reminds the children momentarily that the rocking cradle is also the grave. 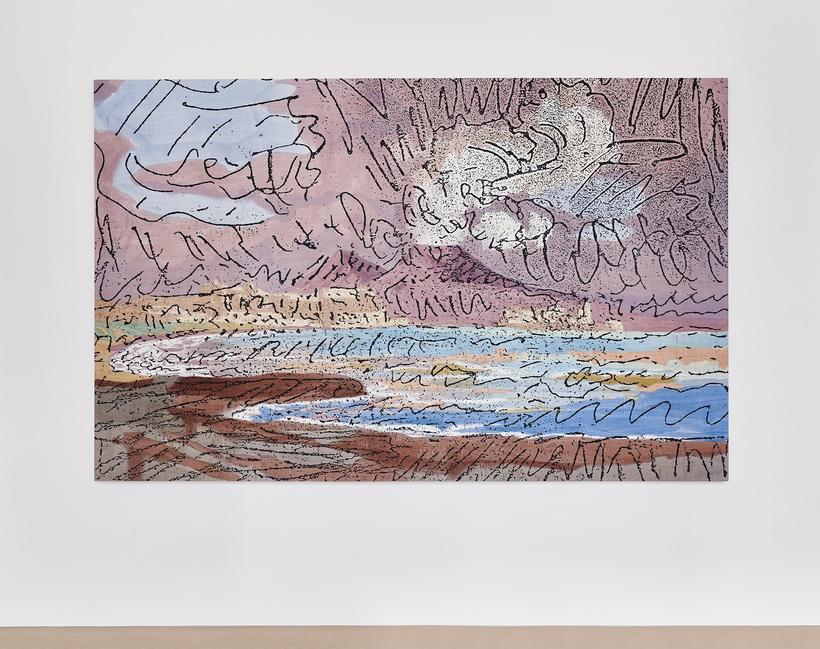 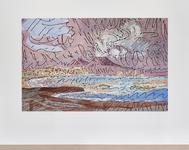