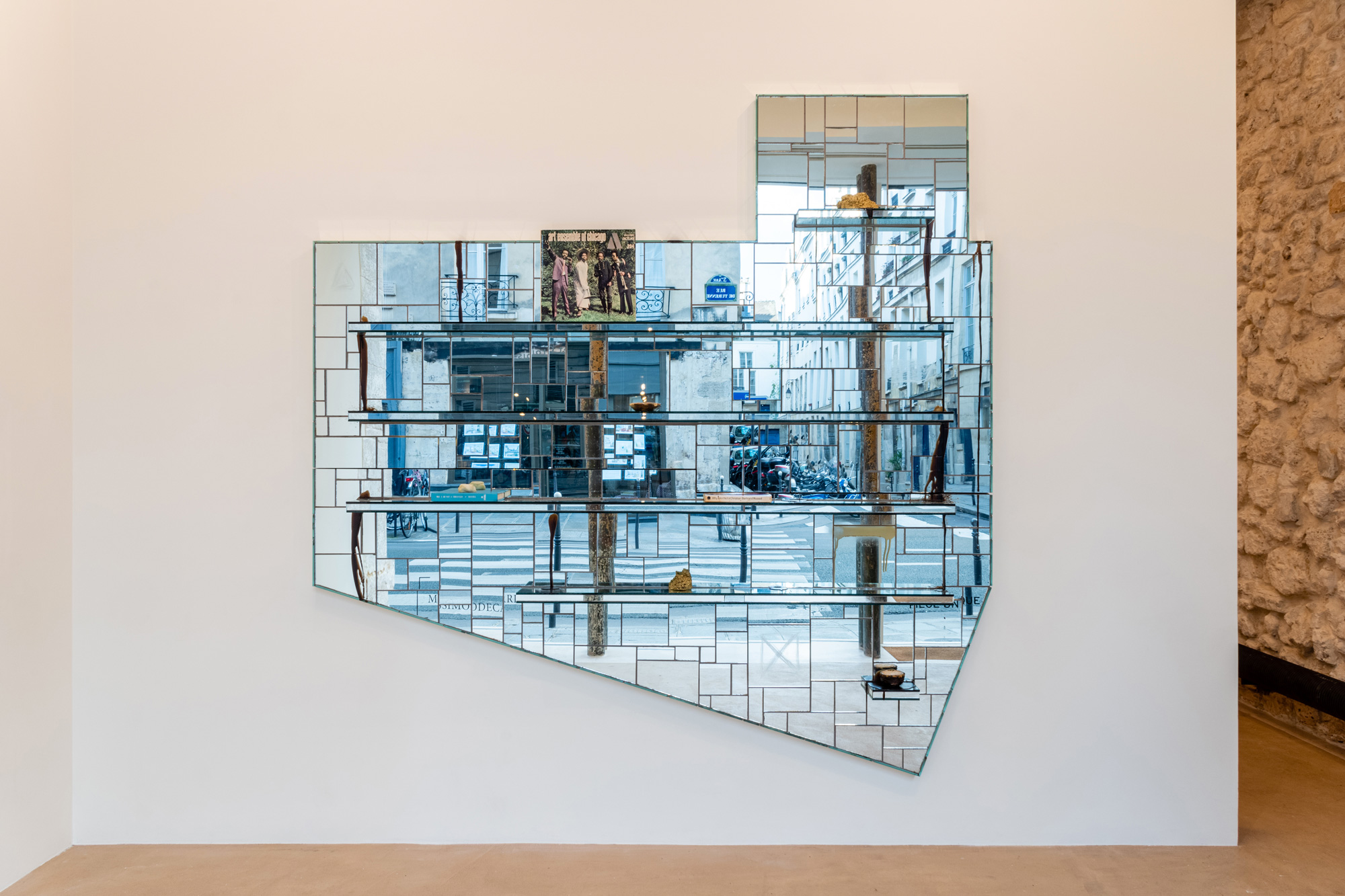 In a process that he describes as “hijacking the domestic” Johnson, who began his career as a photographer in the early 2000’s, quite literally takes possession of pacifist philosopher Bertrand Russell’s home  (1872 – 1970) by reproducing its floorplan as a wall sculpture and incorporating found objects from his own daily life to it.

Placed almost ceremoniously on its mirror shelves like domestic altars or clues to a crossword puzzle, a copy of an Art Ensemble of Chicago vinyl recorded in Paris by BYG records in 1971, towers above Russell’s 1927 Why I am not a Christian, along with space rocks and small pots of shea butter.

Shea butter, a recurring element in Johnson’s compositions, is a direct reminder of his upbringing, as well as a reference to Joseph Beuys’s shamanic performances. By presenting these apparently haphazard, unrelated objects together against the backdrop of Russell’s home that upholds them all, Rashid Johnson, whose practice exquisitely combines mediums and materials – in this case wood, wax, glass and shea butter, offers an ensemble that effectively merges his own personal African American experience with the wider philosophical reflections from Russell’s thought-provoking examination of 20th Century culture and society.

Whose portrait are we looking at? His own or that of the philosopher? Or is this ambiguity the very point?   It is by placing identity at the heart of his practice that Johnson explores the breadth and complexity of the African American experience, which, like this wall sculpture, is composed of countless facets, nooks, crannies, and is even completed by the viewer, whose presence in the mirror reflections becomes part of the bigger picture.