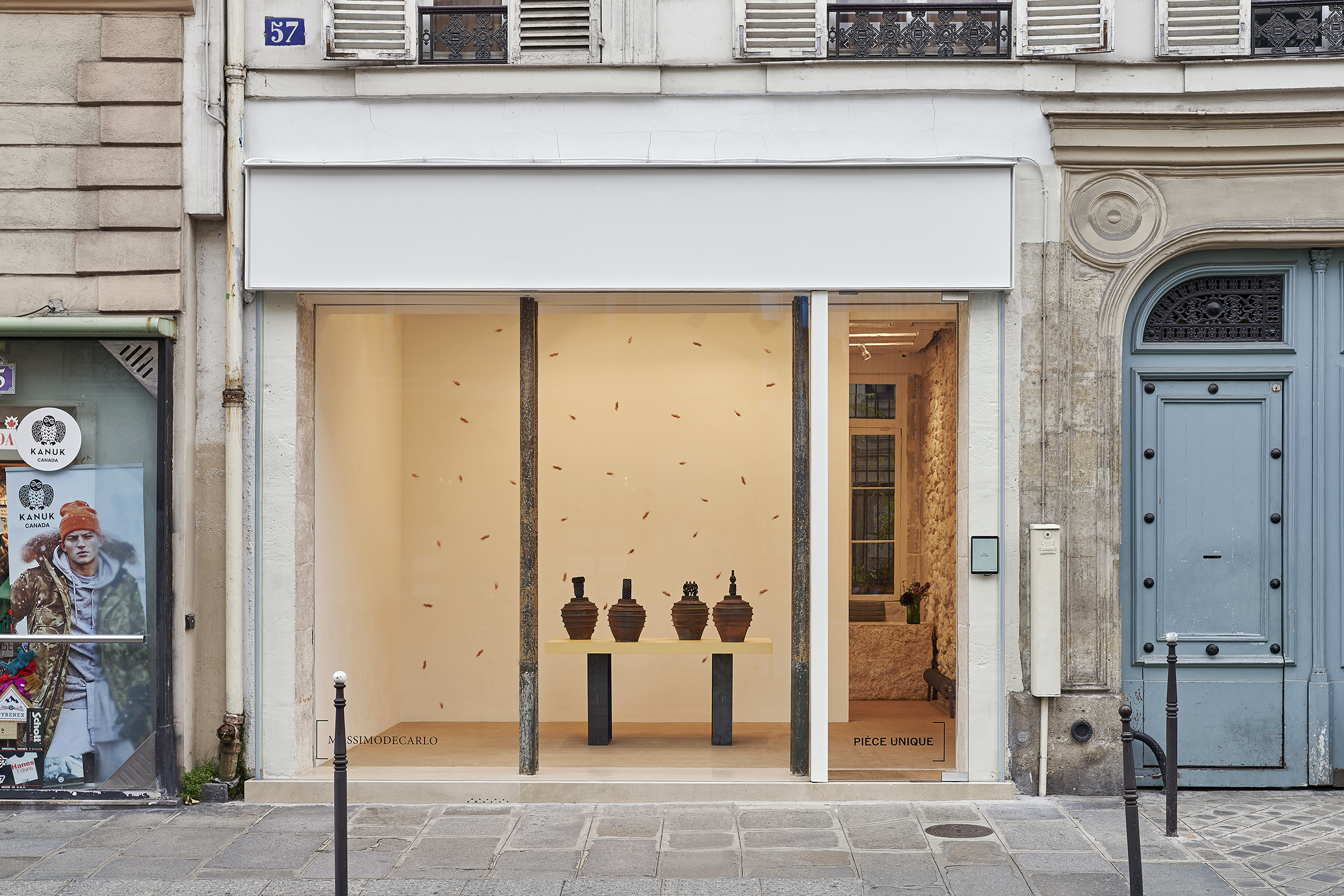 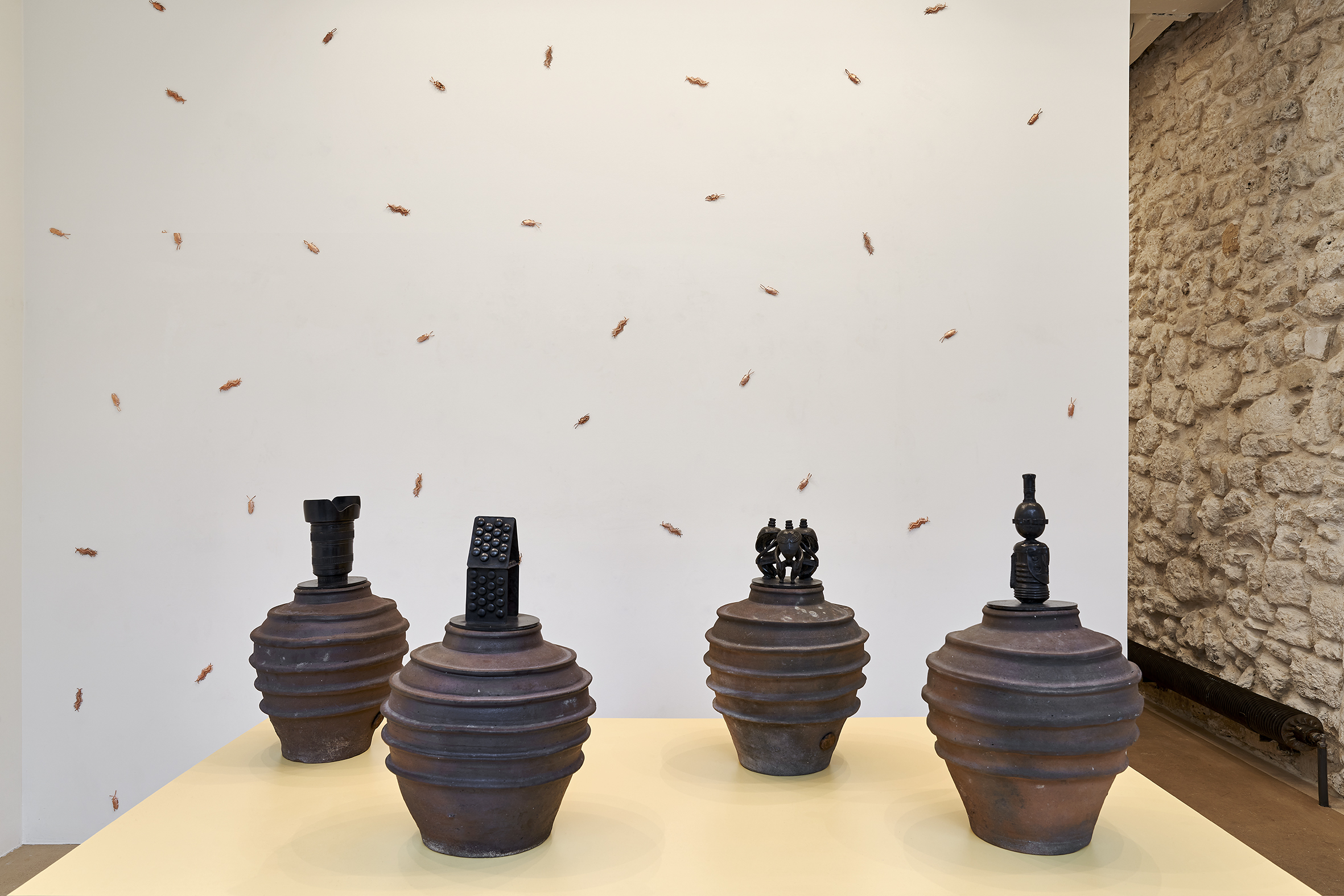 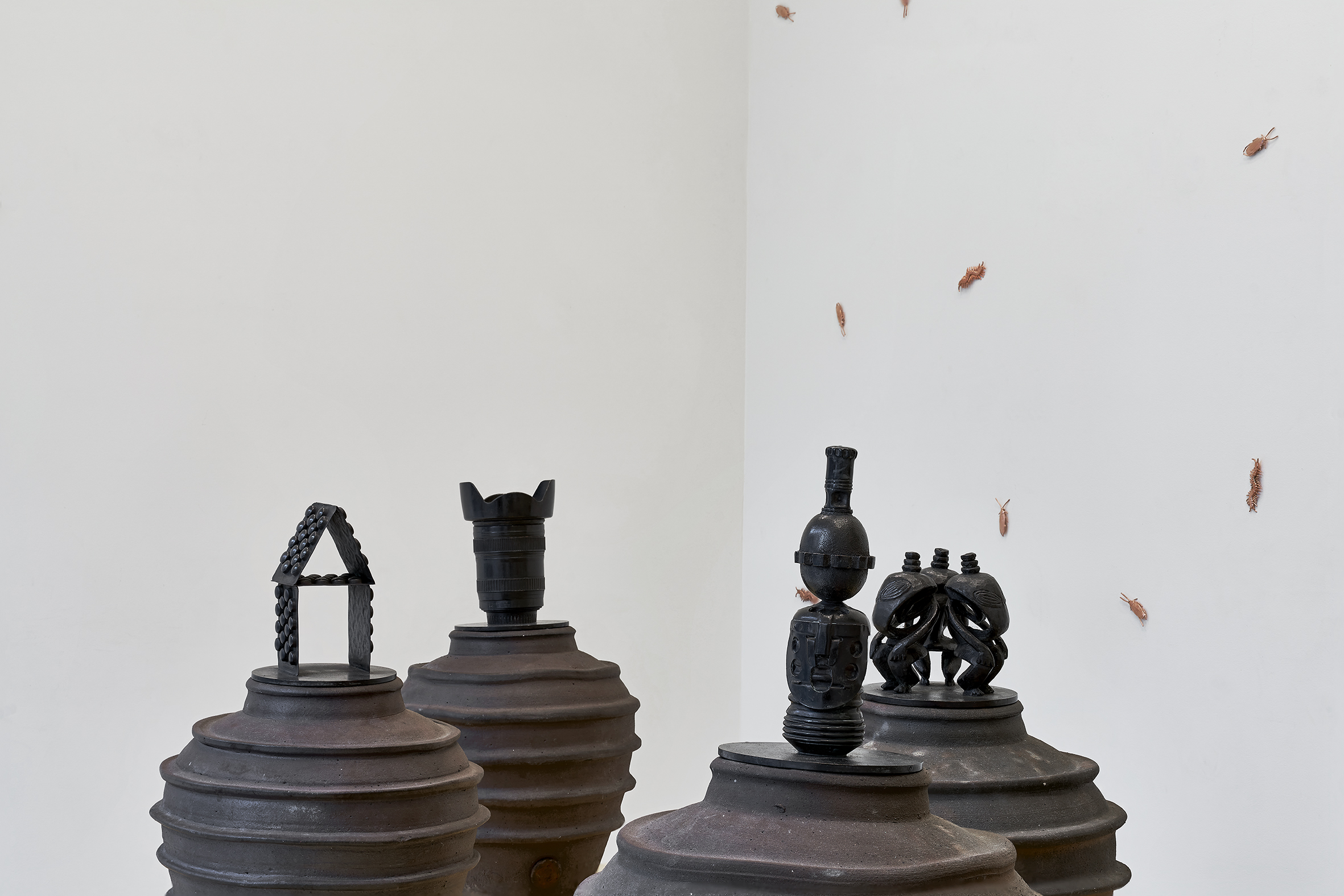 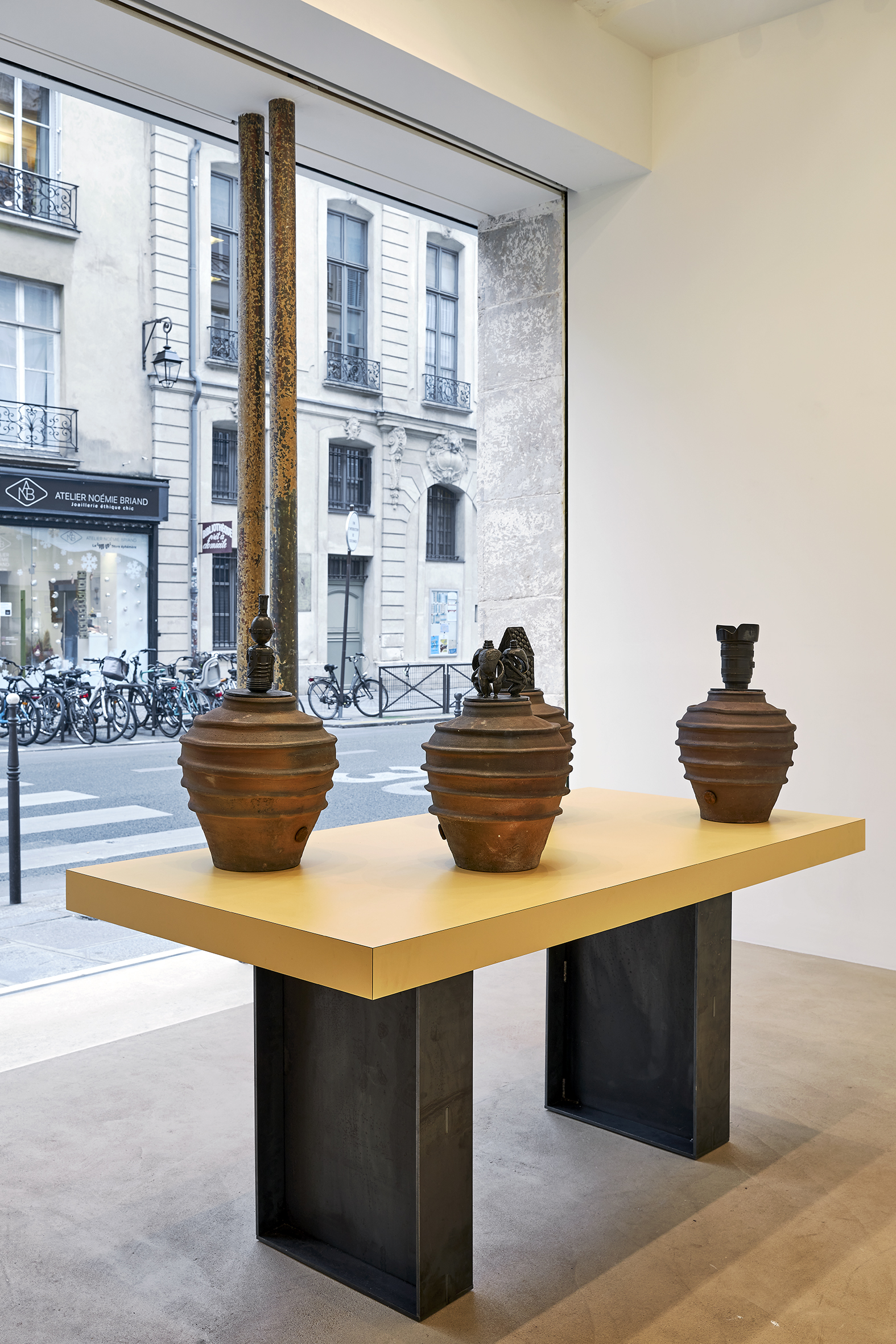 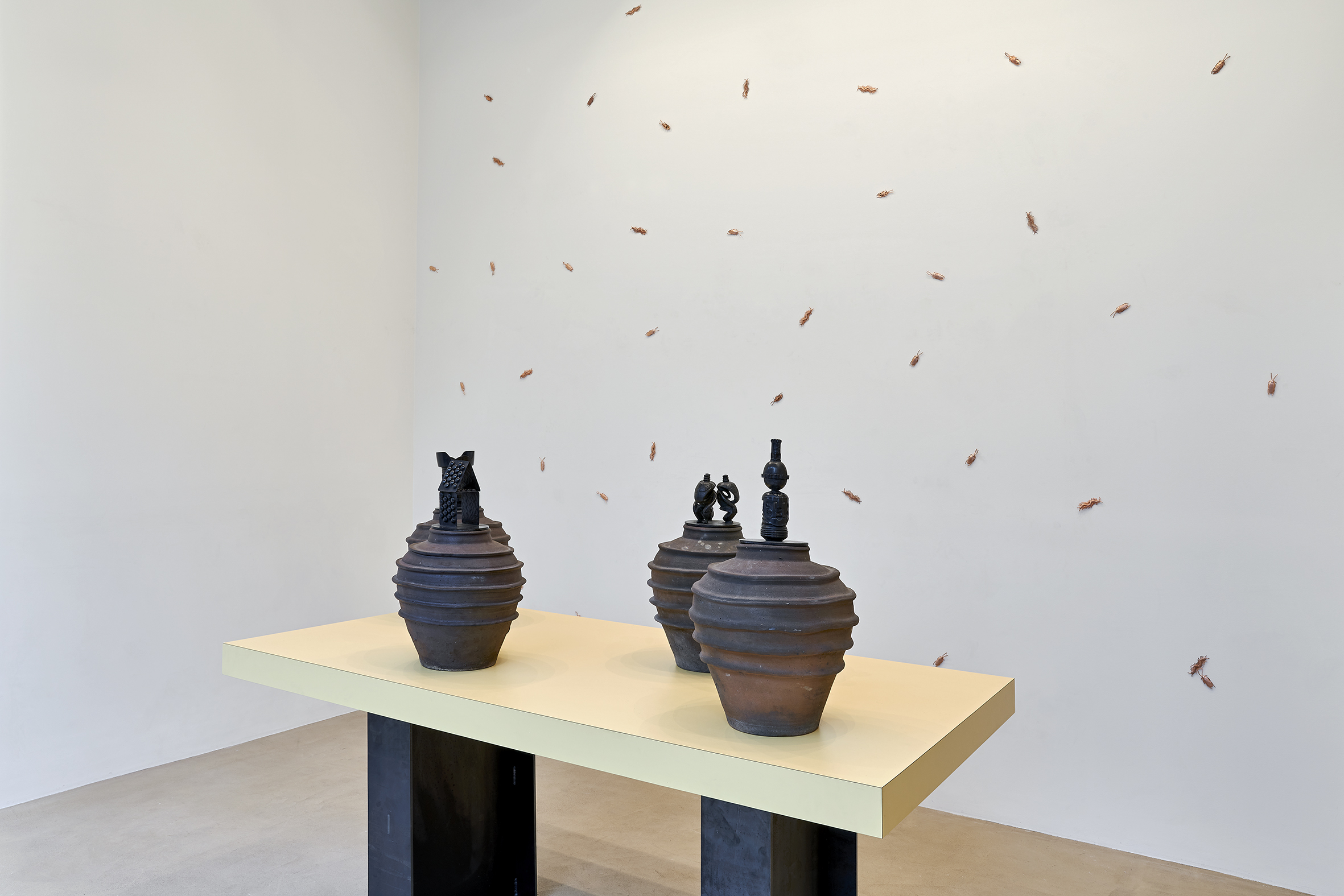 MASSIMODECARLO Pièce Unique is happy to present Crépuscule, Steven Claydon’s first solo show in Paris. The exhibition is accompanied by a text written by the artist, that takes us to the heart of the exhibition: the irresistibly comfortable ambiguity of the very notion of crepuscule.

Crépuscule. twilight. Dämmerrung. The gathering gloaming. The granular realm of passage and passing. Autumn. The collapse of the year and the killing of the king. A dwindling. It’s inescapable. It’s romantic. A morbid catalyst for music and poetry, self-indulgence and self-pity. A missereri, a lachrymosa, a peaen to the triumph of physical and cultural decay...

The Twilight of the Idols. The Decline of the West. The end of days. the Kali Yuga. Nihil Est?
The end?
Riuichi Sakamoto made two interesting electronic pieces of music that commemorate, even triumphalise decline: The End of Europe (1980) and with the Yellow Magic Orchestra, The End of Asia (1980). The latter gave its name to an album (1983) of material that curiously and atypically was played entirely on European Renaissance instruments, its cover a digital resample of a section of the Bayeux Tapestry.
I have often wondered what motivated this singular release. It puts me in mind of Russell Hoban’s Ridley Walker (also 1980) in the way it plays with temporal and cultural disjunction and allusion to alienation and imminent decline. Sakamoto deliberately swaps geographic signifiers, displaces historical epochs while wistfully and elliptically celebrating the inevitable downfall of the imperialist/capitalist model. For me this profoundly inspired and disjunctive experiment transcends mere polystylistic play or slick postmodernist reshuffling. These works appeared amidst an attendant climate of the arms race, political turmoil and an emerging AIDS epidemic.

The foundation of Les disques du Crépuscule was set against a similar stage of distopic urgency. A conjoined assembly of disparate musicians and disciplines who’s aggregate ambience described a label designed with ‘ruin value’ in mind. A poetic retort to the predominance of populist escapism amidst the rubble of the real... a casual visitation of the disconsolate muse, replete with embraces and venom. Crépuscule engendered a climate both maudlin and diffident. Suave. Electric. Eclectic. The elegant polyphony of calamity, gently played out amidst the strains of destructive horns and grinding teeth.

Why do these fragments of arcana seem to chime with our now? Our pale carnage?
It’s easy to see parallels and yet, despite the reverses and accelerated losses I sense a species of reluctant contentment within the willowy marshes of despondency... Morbid surprise that despite the prophetic entreaties of Baudrillard and Kristeva we find we might take refuge in ‘the sepulchral light of dead difference’, cast ourselves in the gloaming of sympathetic abjection where it is perhaps a comfort that the boundaries betwixt subject and object have broken down so thoroughly. Is this the clearing? A beginning? The zone? A blurring of action and efficacy, of otherness and self?

‘The German dämmerrung, like its English translation “twilight” refers to that time between the dark and the light of day, with no immediate indication of which comes after which. Therefore “twilight of the Idols” does not indicate whether it marks a transition from day to night or the other way around. All it claims to do is to sound the clear note that comes between being out of tune and being in tune: like twilight it marks the time between what came before and the beginning of that which comes after. It is intended to make it impossible to live with idols.’*

*From Tracy Strong’s introduction to the Hackett 1997 edition of Friedrich Nietzsche’s Twilight of the Idols. 1889. 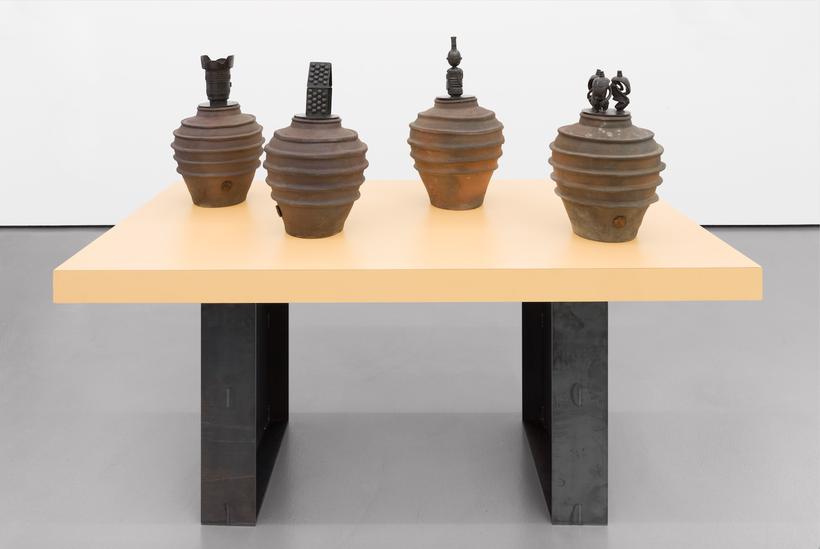 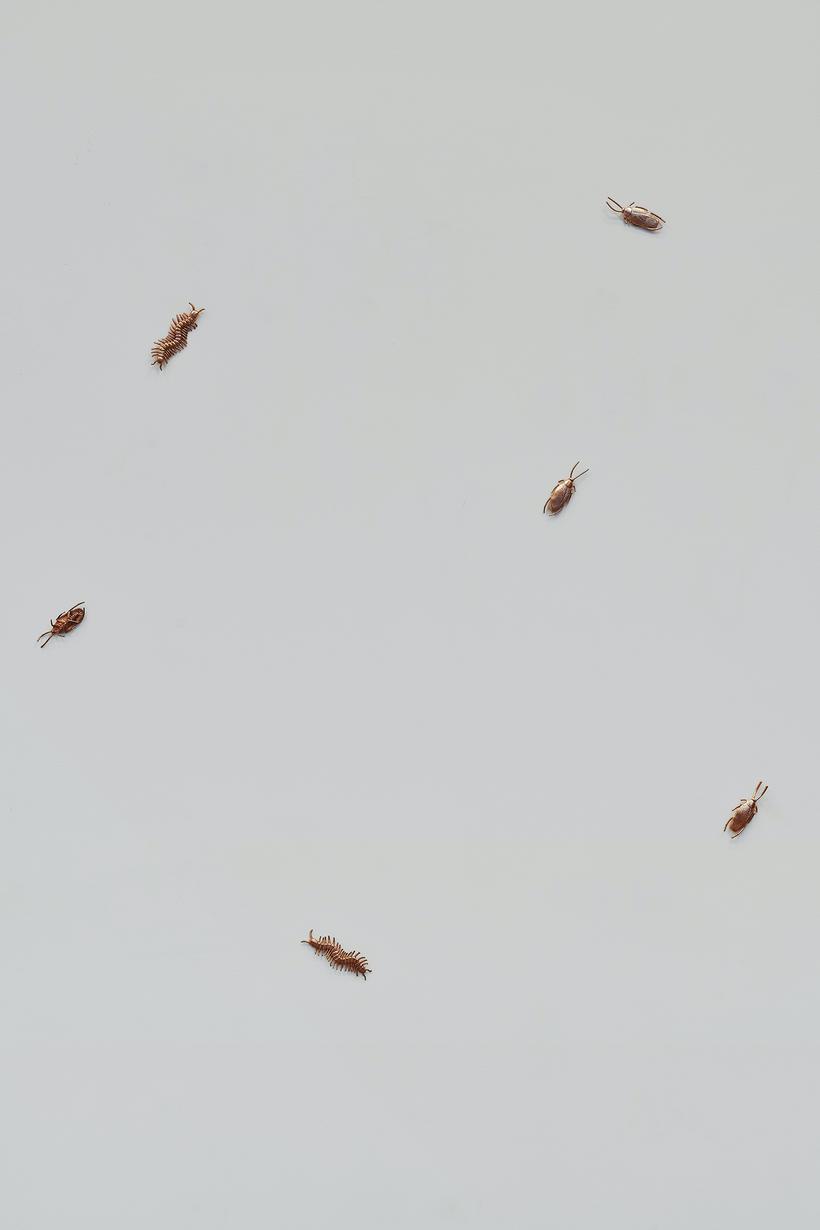