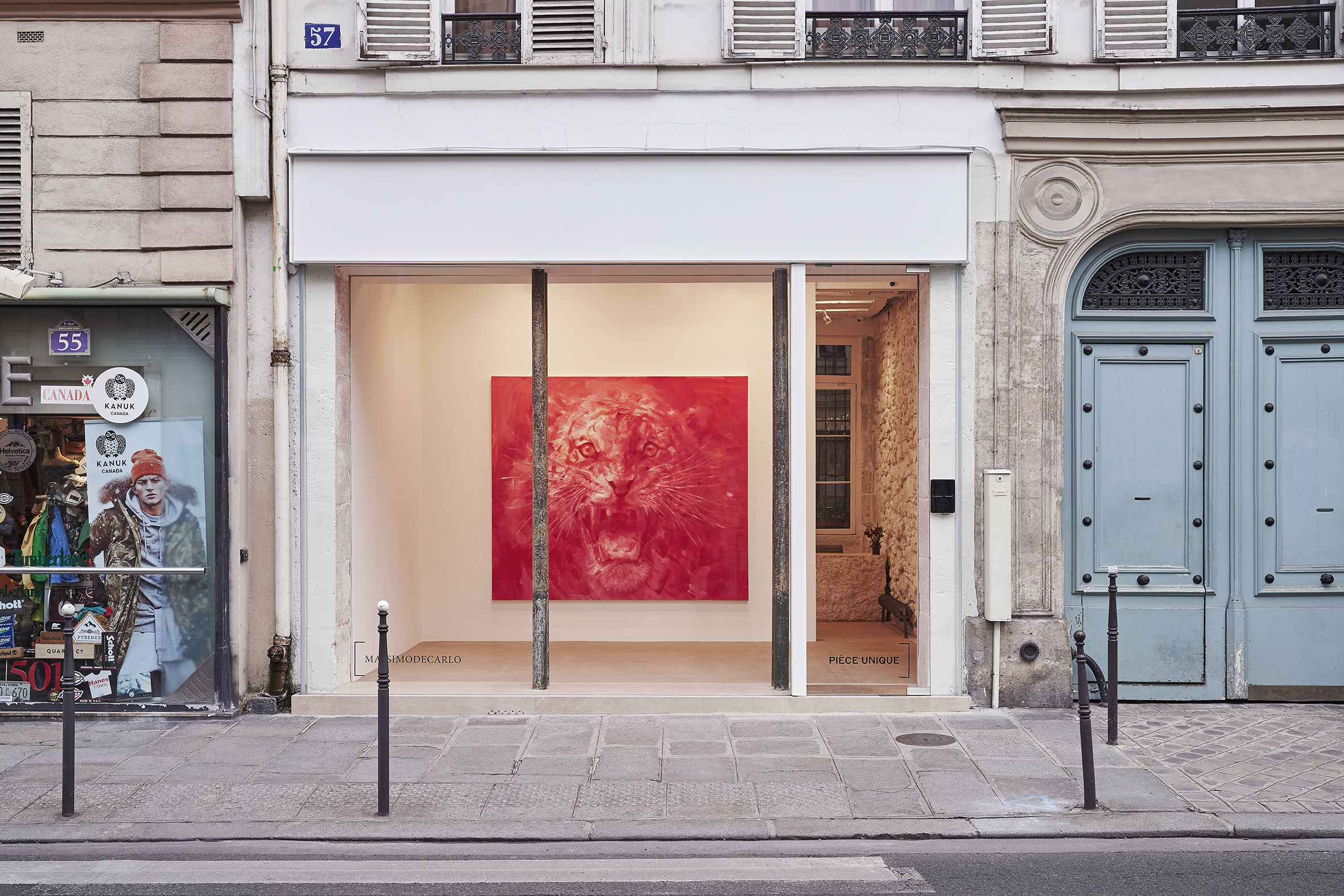 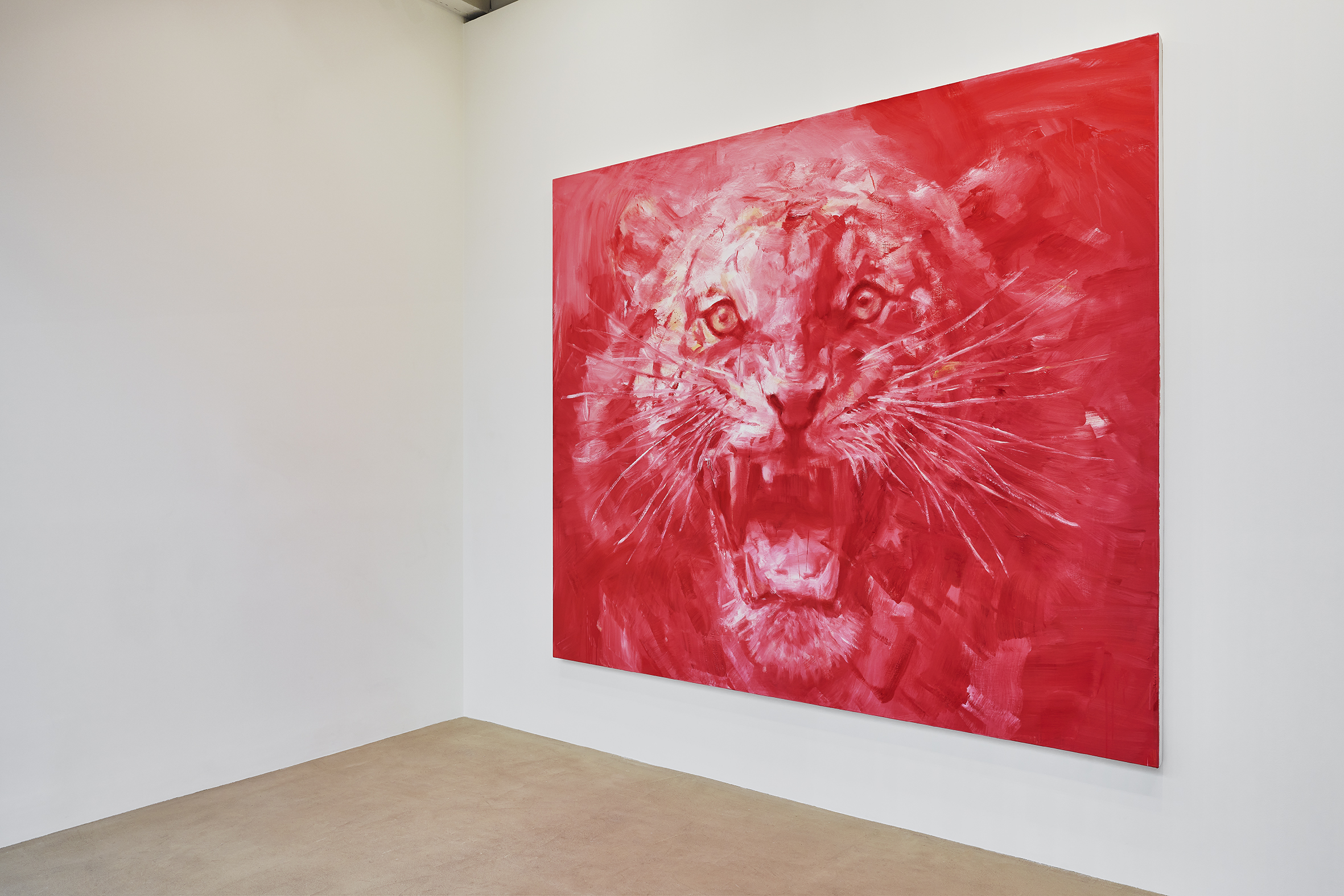 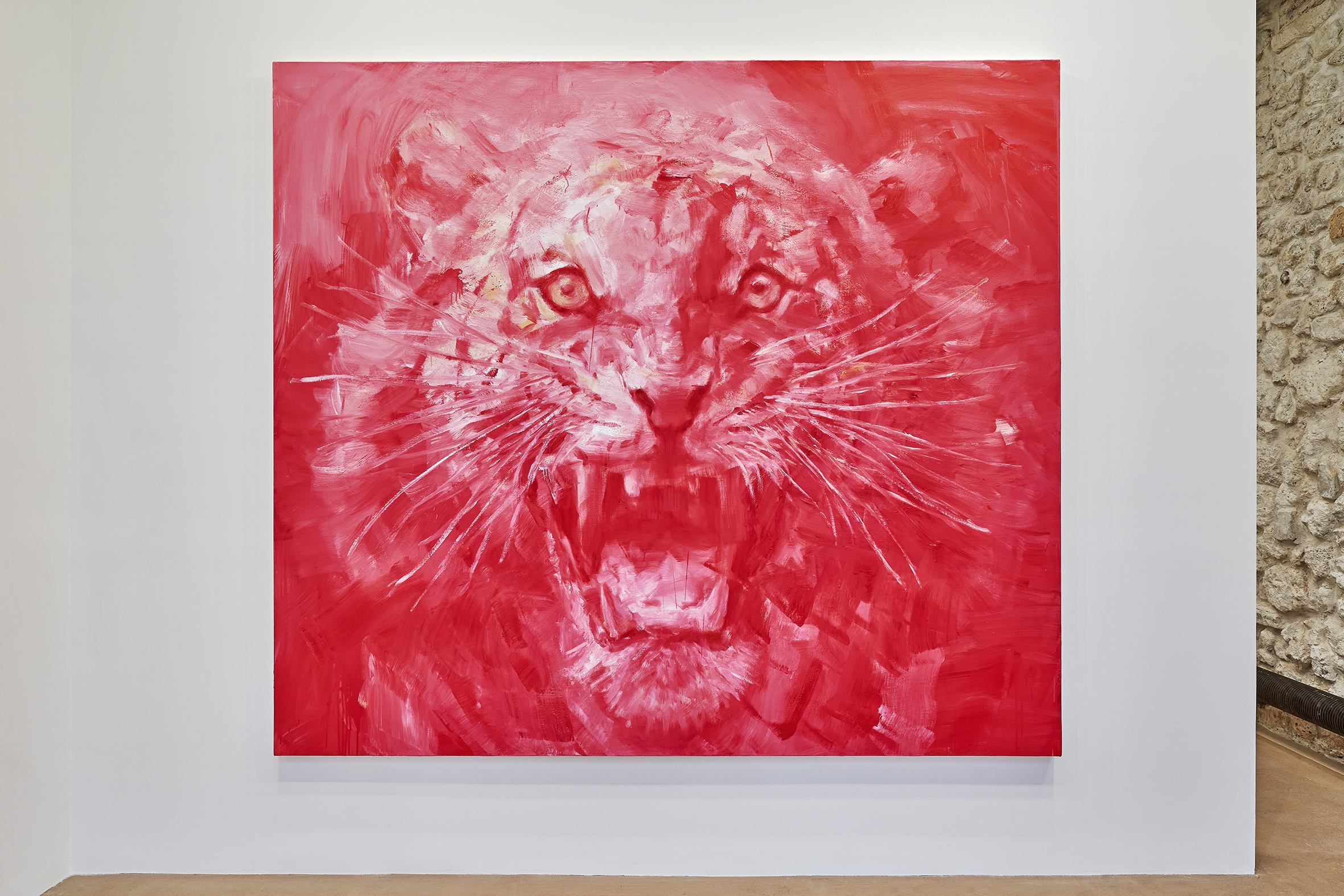 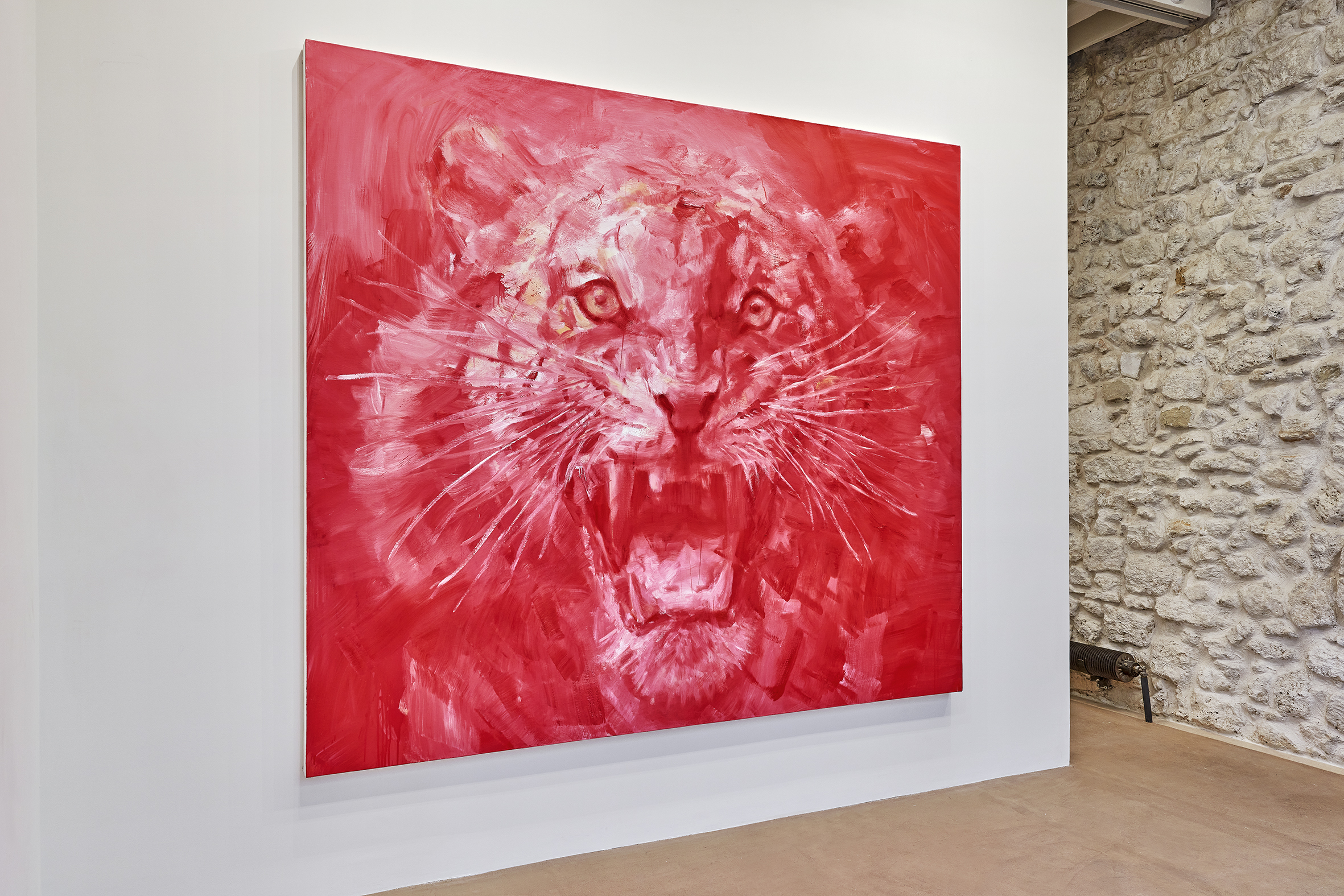 Yan Pei-Ming's palette is often bound to two shades: black and white. He lets these two colors play, ooze, burst with one another, and within each other. Yet there is a third color that is just as present in his work: red. Yan Pei-Ming’s red is the most dazzling, the most violent hue, engaging in a dance of life and intensity with his whites. Whites and blacks, sometimes grays, play a role beyond the one that Barthes assigned to photography in opposition to painting: the art of death, against the art of life. His black and white paintings create a suspended moment in time, where we question their very presence.

Amidst this doubt, red creates space to affirm the tragic yet utterly sensitive power of life. When contemplating Yan Pei-Ming’s red works, we are faced with the appalling and sublime spectacle of the fire of existence.

His work manifests this with singular power: it shows a tiger's head, forward facing, roaring, ready to pounce at us. It is as if its head were emerging from the red – moreover the white, the light, consolidates itself towards the center of the painting, the central upper left part and the mouth – as if moving towards the white. Like energy fields held in permanent tension – including even some yellow tints towards the light: the image appears more complex.

Here we are faced with a central feature of Yan Pei-Ming's practice: energy at play. It articulates itself in multiple ways in his work: first, with the energy of the painter, who projects paint so powerfully, so precisely, with so much life onto the canvas. Then, with the energy of animal life: that of the tiger, and that of the painter. Also, with the peculiar energy of the human being, capable of fixing the image of this tiger. Not least with the energy of human life, perhaps threatened: indeed, in front of a tiger like this, if it was real, one would probably be dead...This sense of danger is also that of the intensity of life, which we are given to perceive so entirely thanks to the artist’s mastery of scale and of creation. Finally, with the energy of history itself, because we can see parallels with other works throughout it, both in Asia and in the Eighteenth Century: the tiger, as a bridge of civilizations.

And yet as much as it is concentrated, this very energy seems to be endlessly fading, and this is the beauty of Yan Pei-Ming's work. As monumental as it is, it depicts its own demise; as committed to constructing the image as it is, the closer one gets, the more it disappears; as consistent as it is, Yan Pei-Ming’s work has never ceased to challenge itself. The image composes and decomposes itself; the painter affirms and cancels himself, the energy of the work, counterpart to the painter, is visible without artifice: and yet, Yan Pei-Ming is aware that it is only one component of the greater theater of the world. With this energetic Red tiger head, we are confronted with all the challenges of an artist who has made painting his life, who creates with method – who breaks this same method, and who gives himself completely to a life of existence. 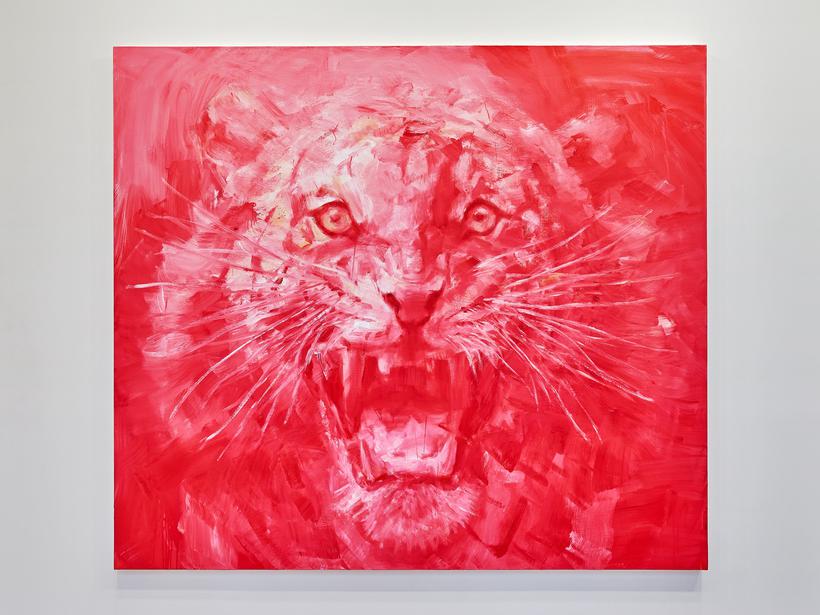 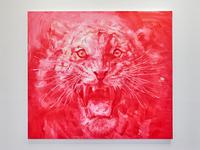