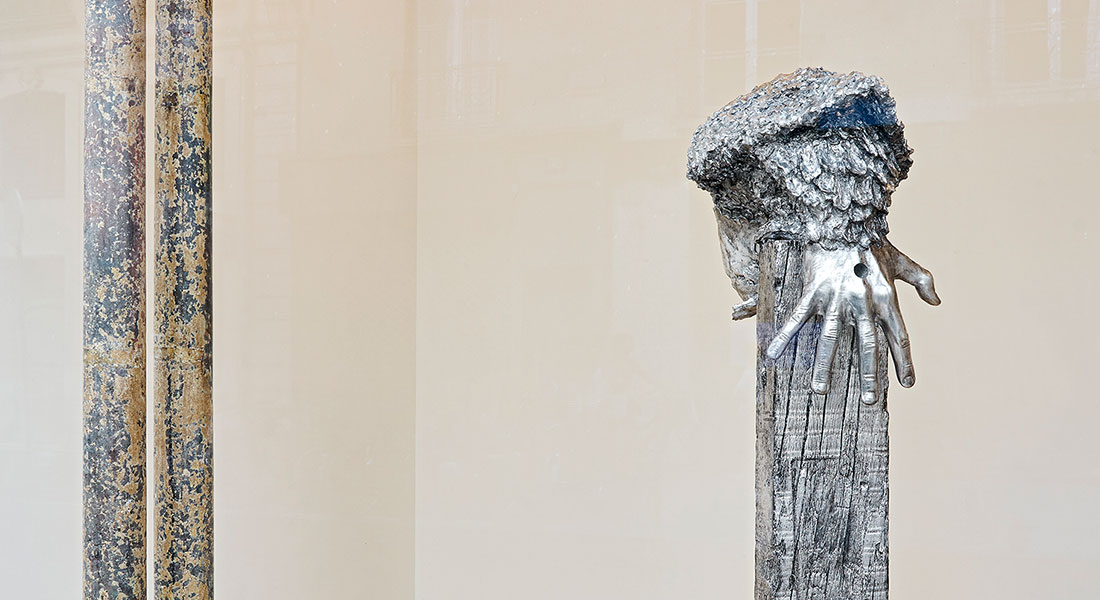 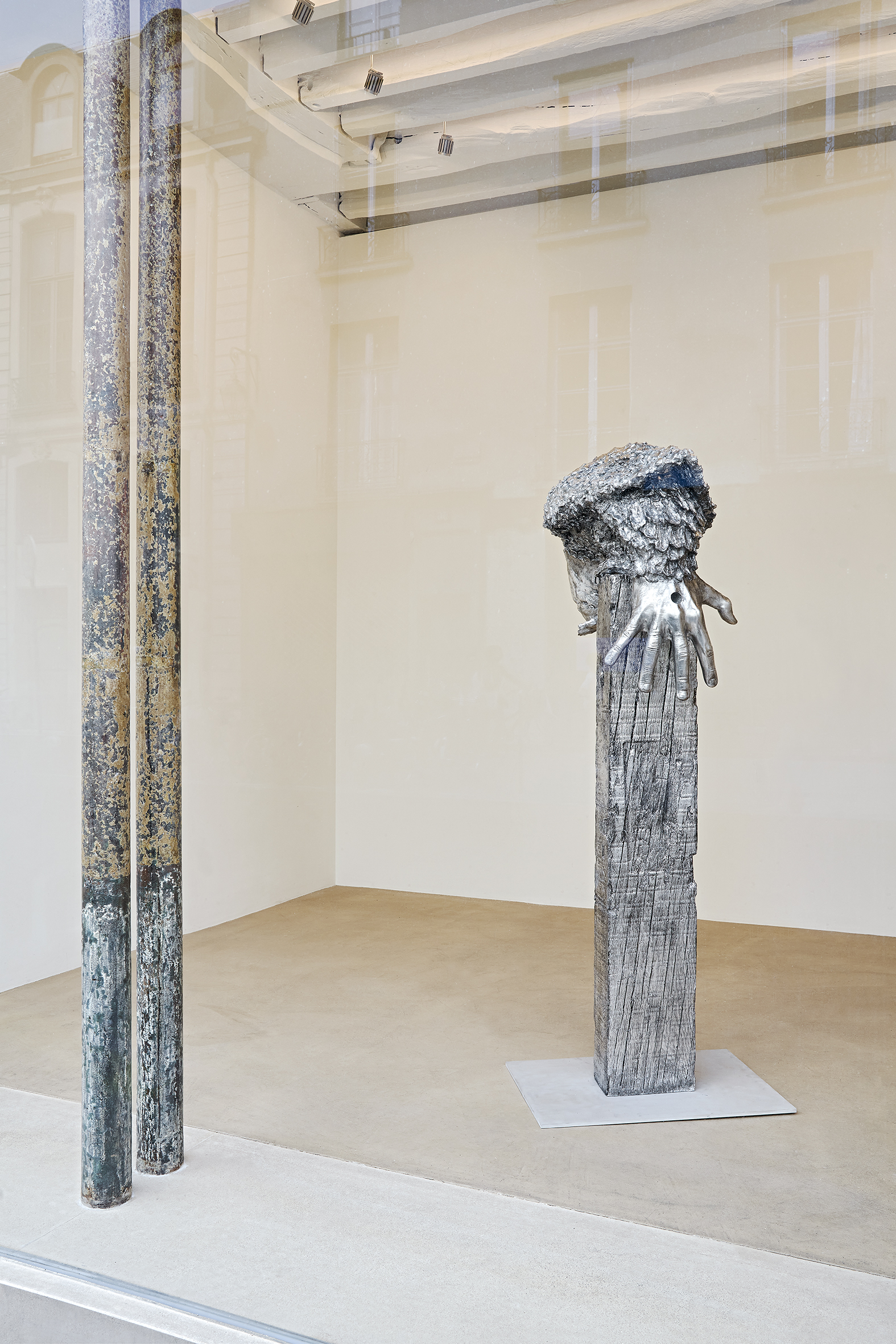 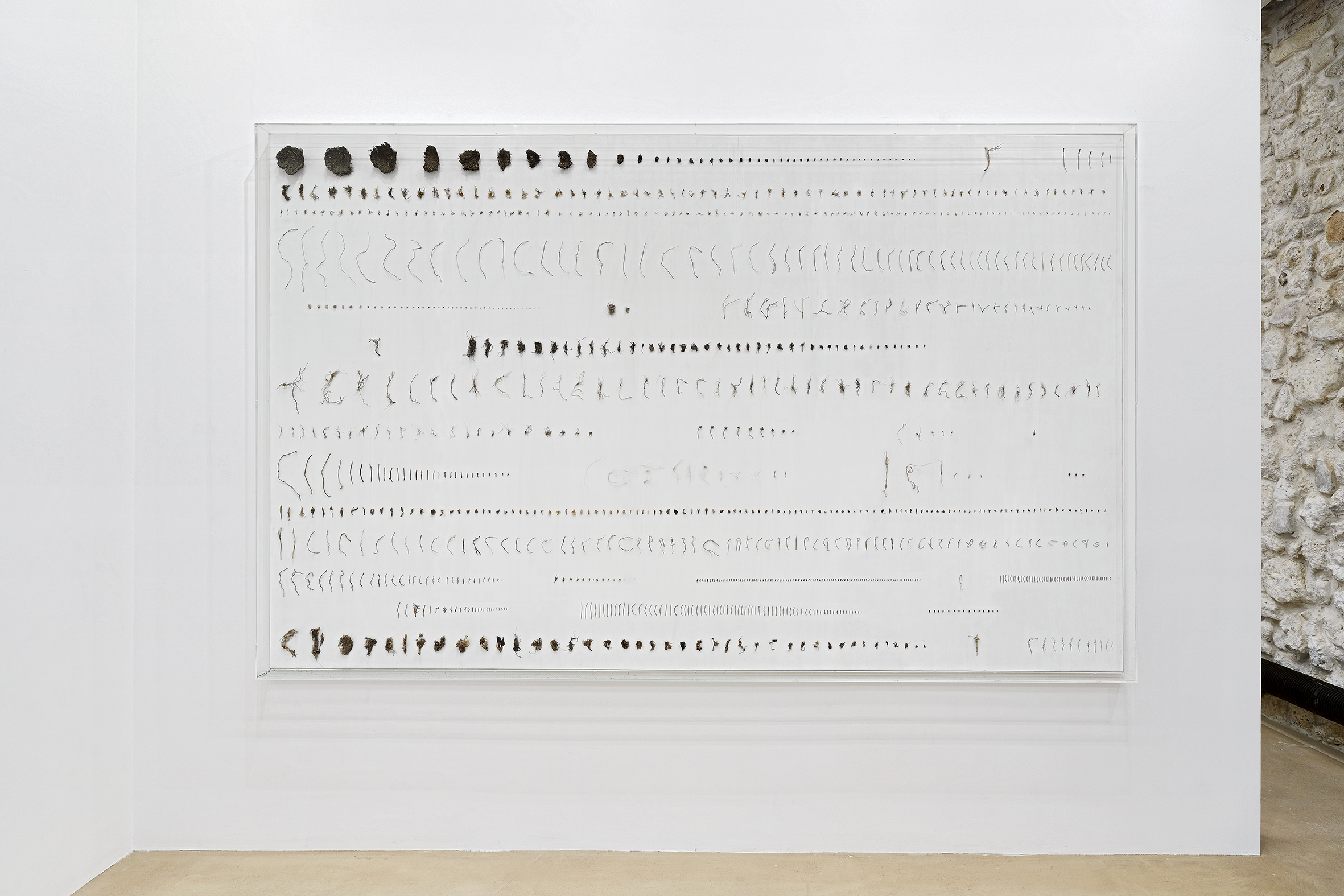 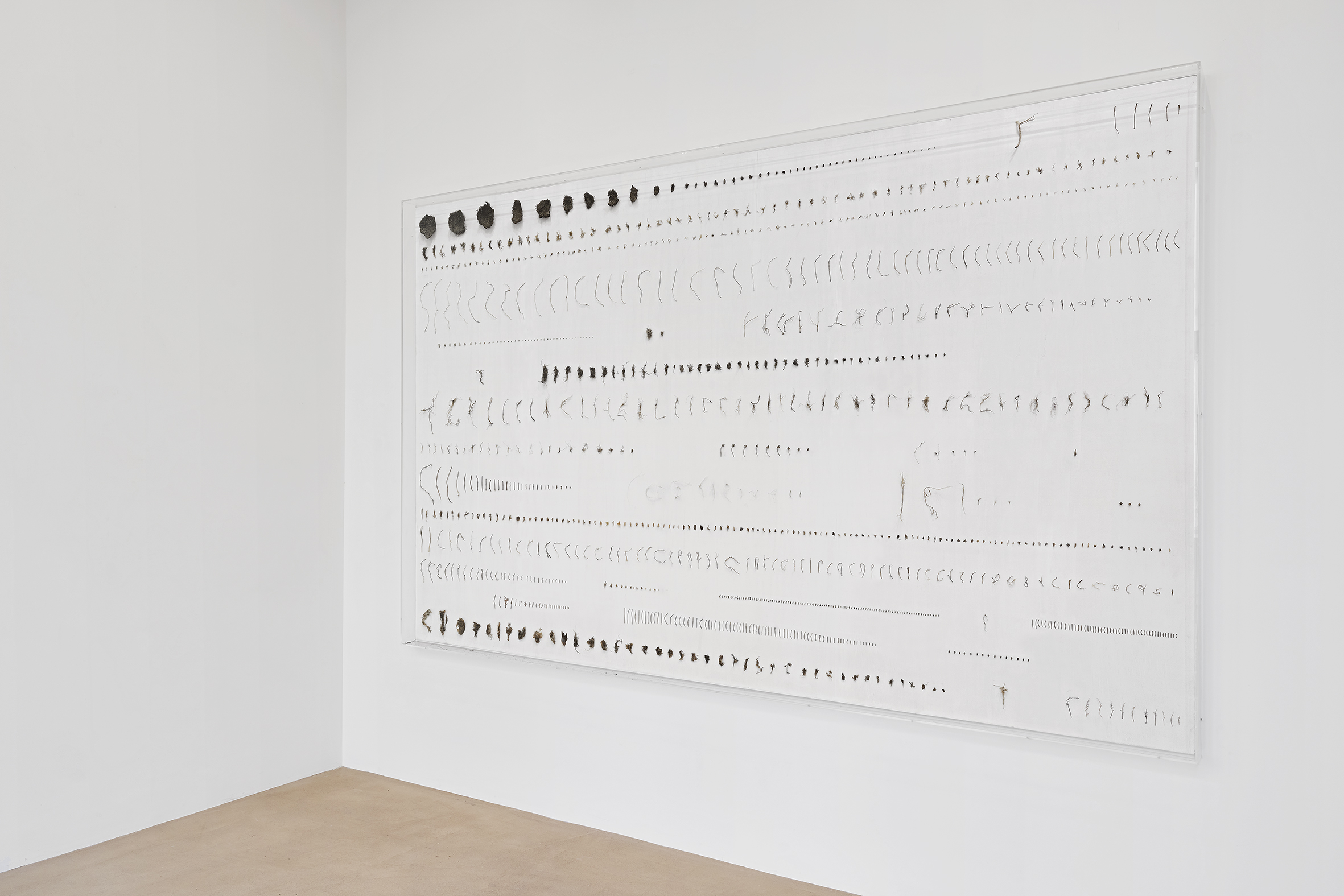 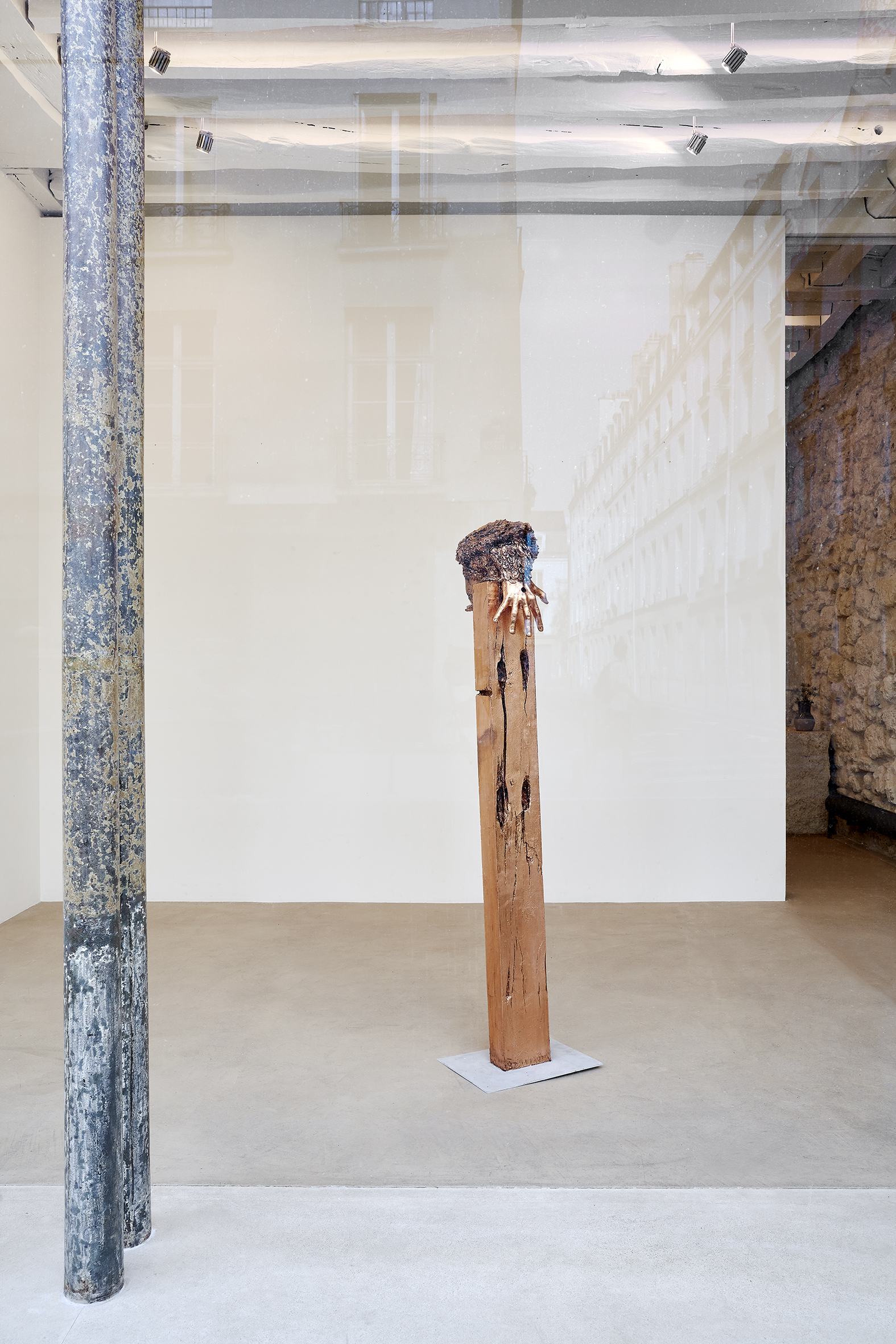 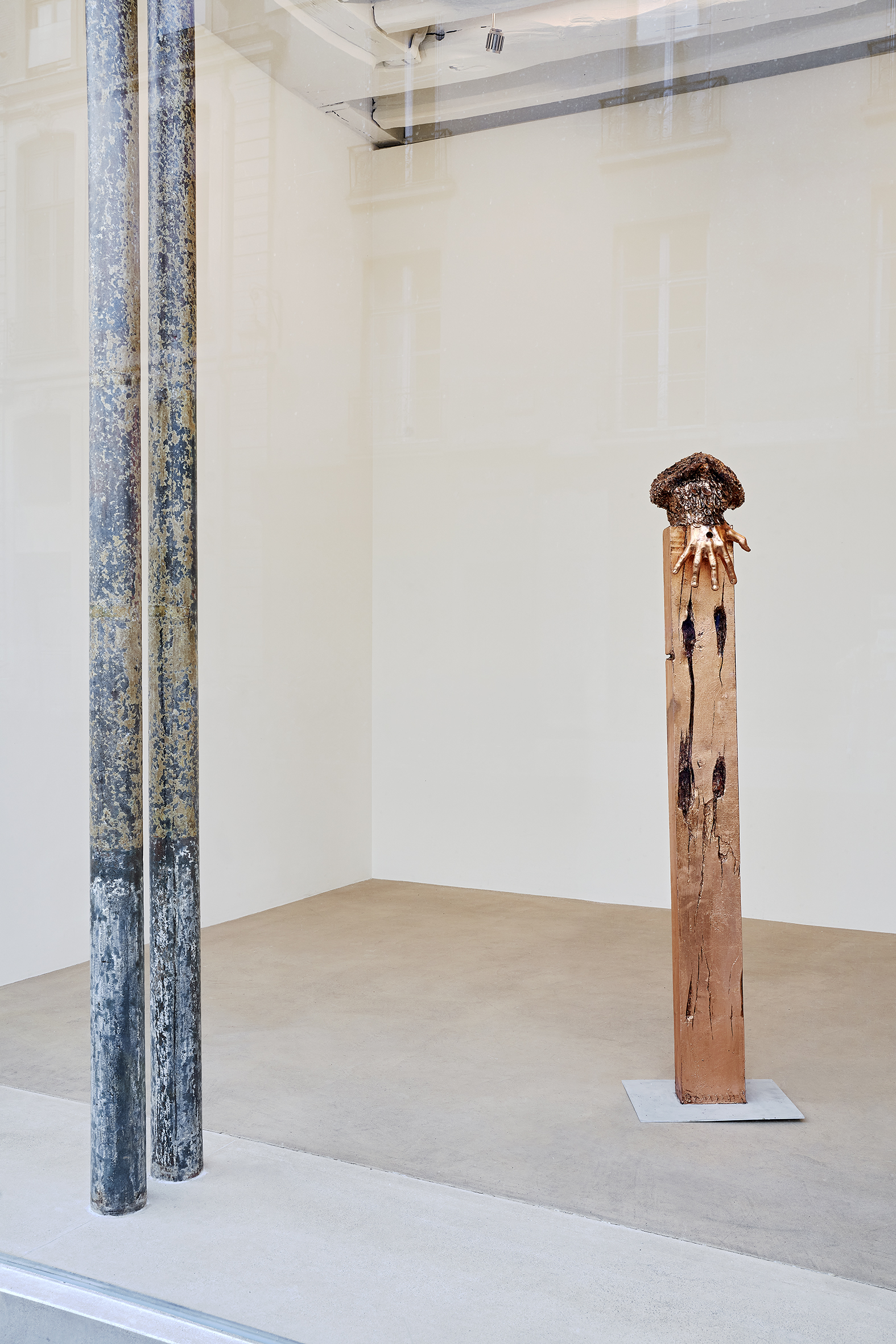 This soul arrived on earth, darkened the uncertain evening

She entered the dark mystery

That the shadow calls his destiny

Parade of Bruises is conceived as a series of consecutive appearances with three artworks each taking their turn in the gallery space, in a sort of festival line up sequence. For Parade of Bruises Nico Vascellari makes Pièce Unique his stage during the Parisian fête de la musique, which coincidentally takes place on June 21st 2022. Nido, part of a series of works that Vascellari started in 2009. The artist began his research from the urge to analyse the concept of 'home'. The meticulous study and observation of randomly discovered abandoned bird nests naturally evolved into the deconstruction and sequential arrangement of the nest's multiple, individual components. The resulting display contains an entire nest in itself, so as to encase, in a dematerialized abstract way, an entire home. mOOn 2022 and MooN 2022 are respectively casted aluminum and bronze sculptures, drawn from the erotic novel Histoire d’O by Anne Desclos.