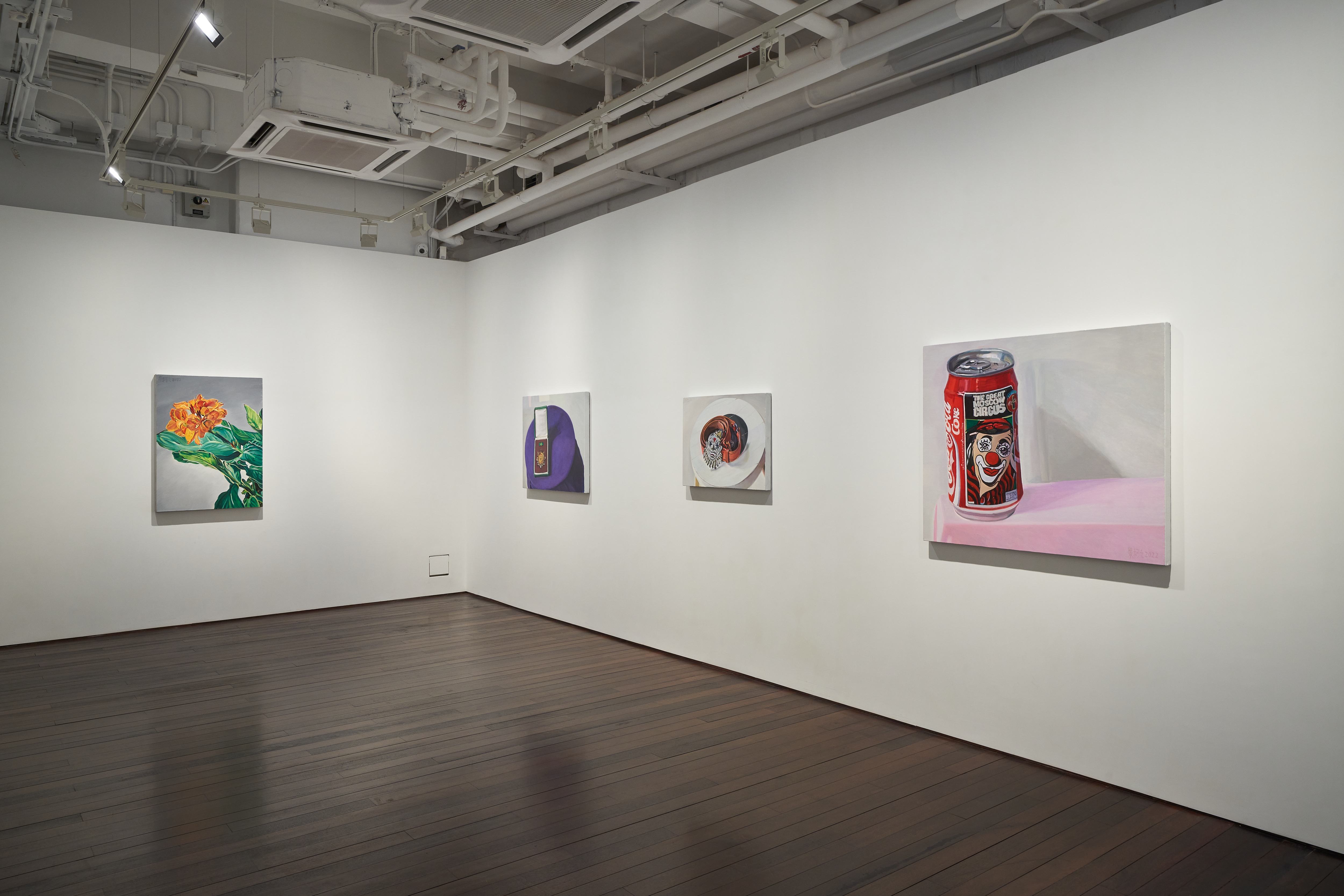 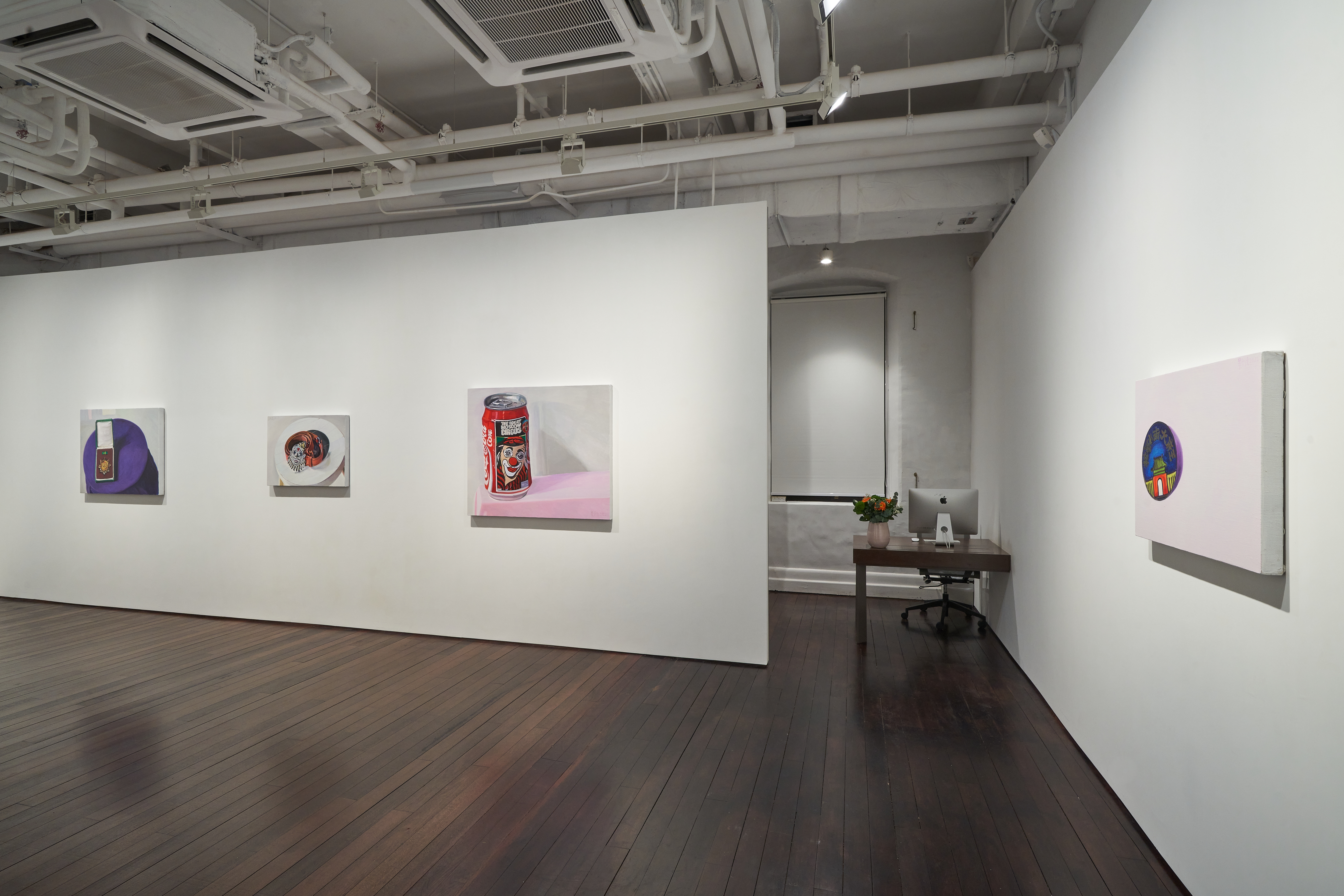 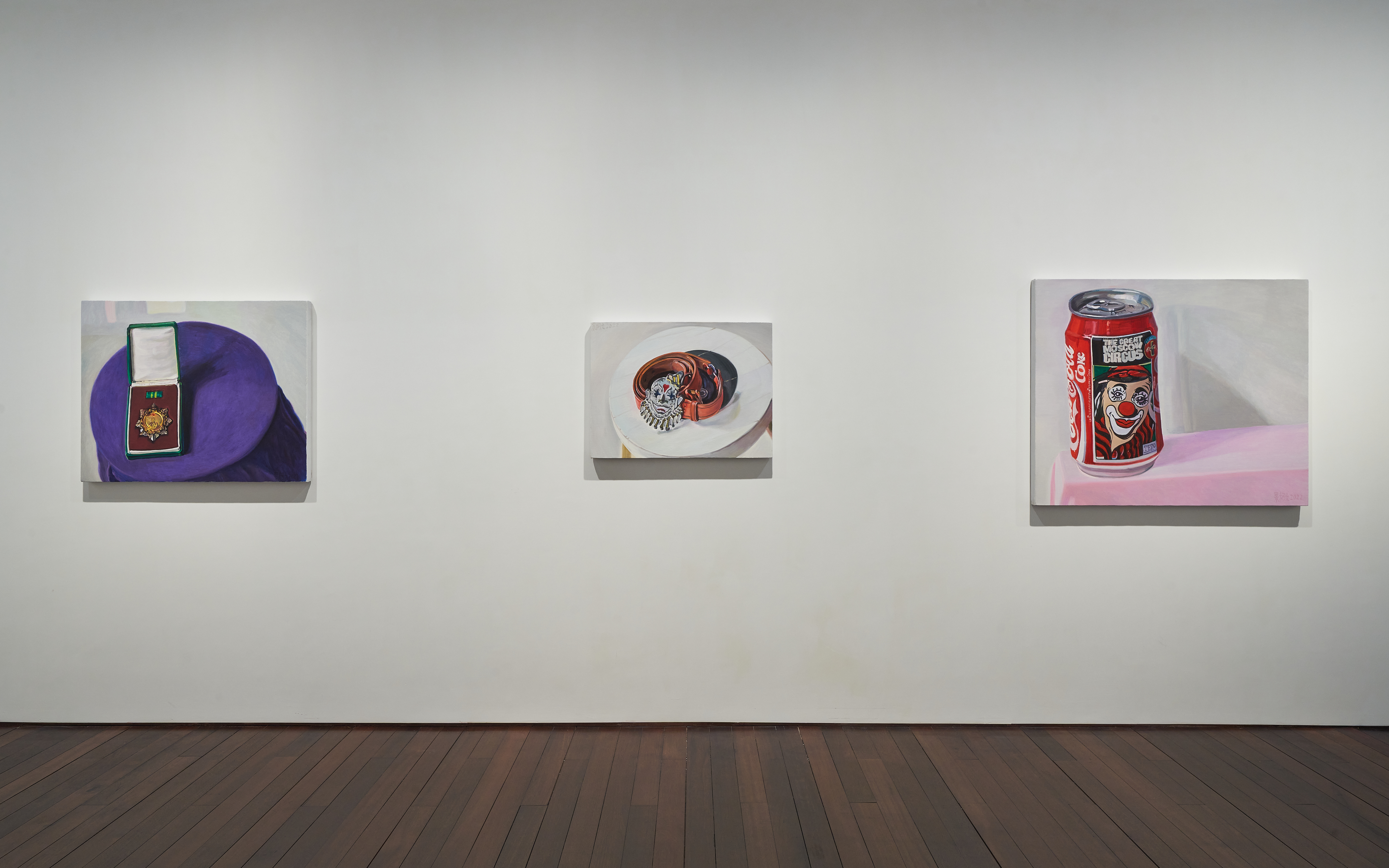 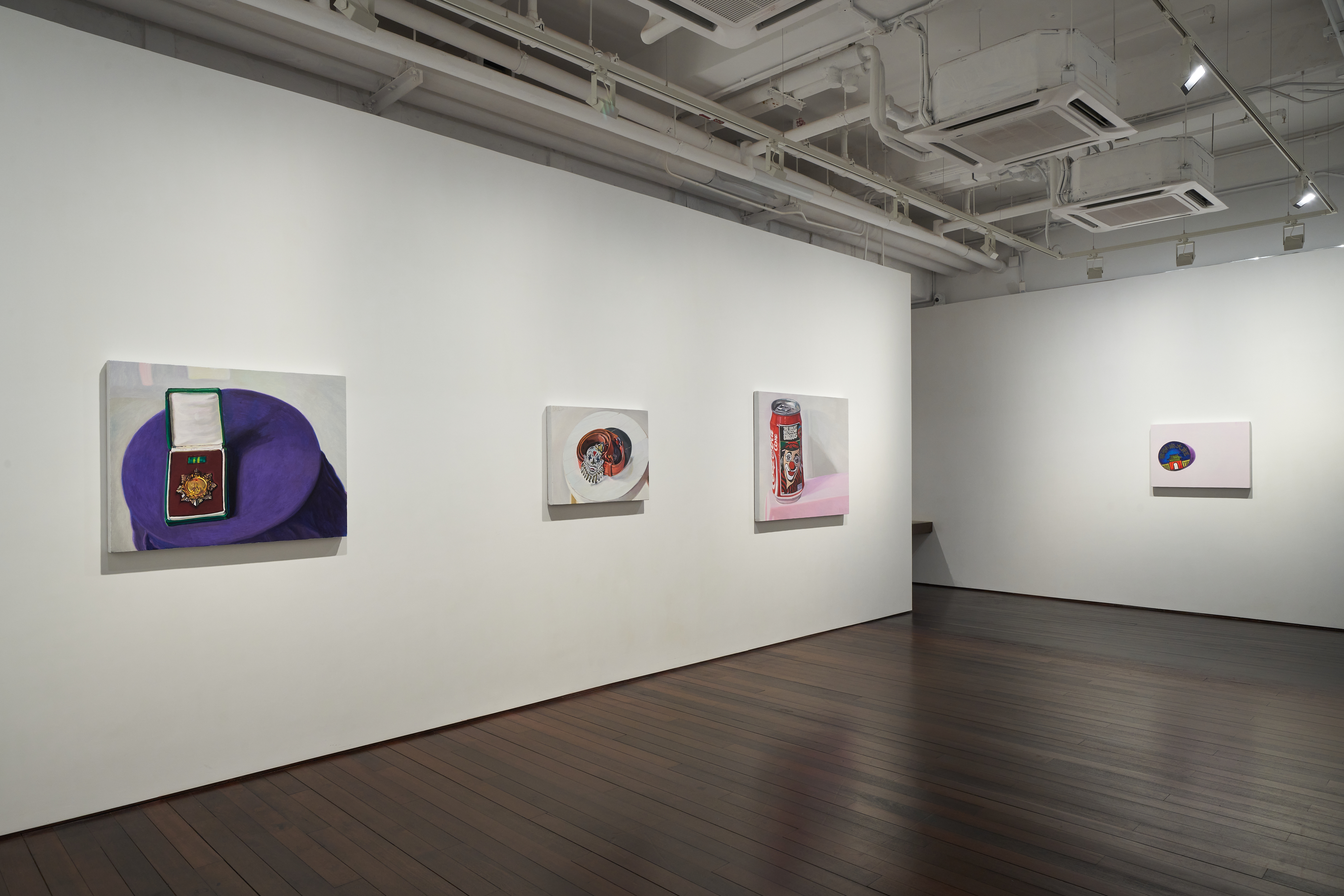 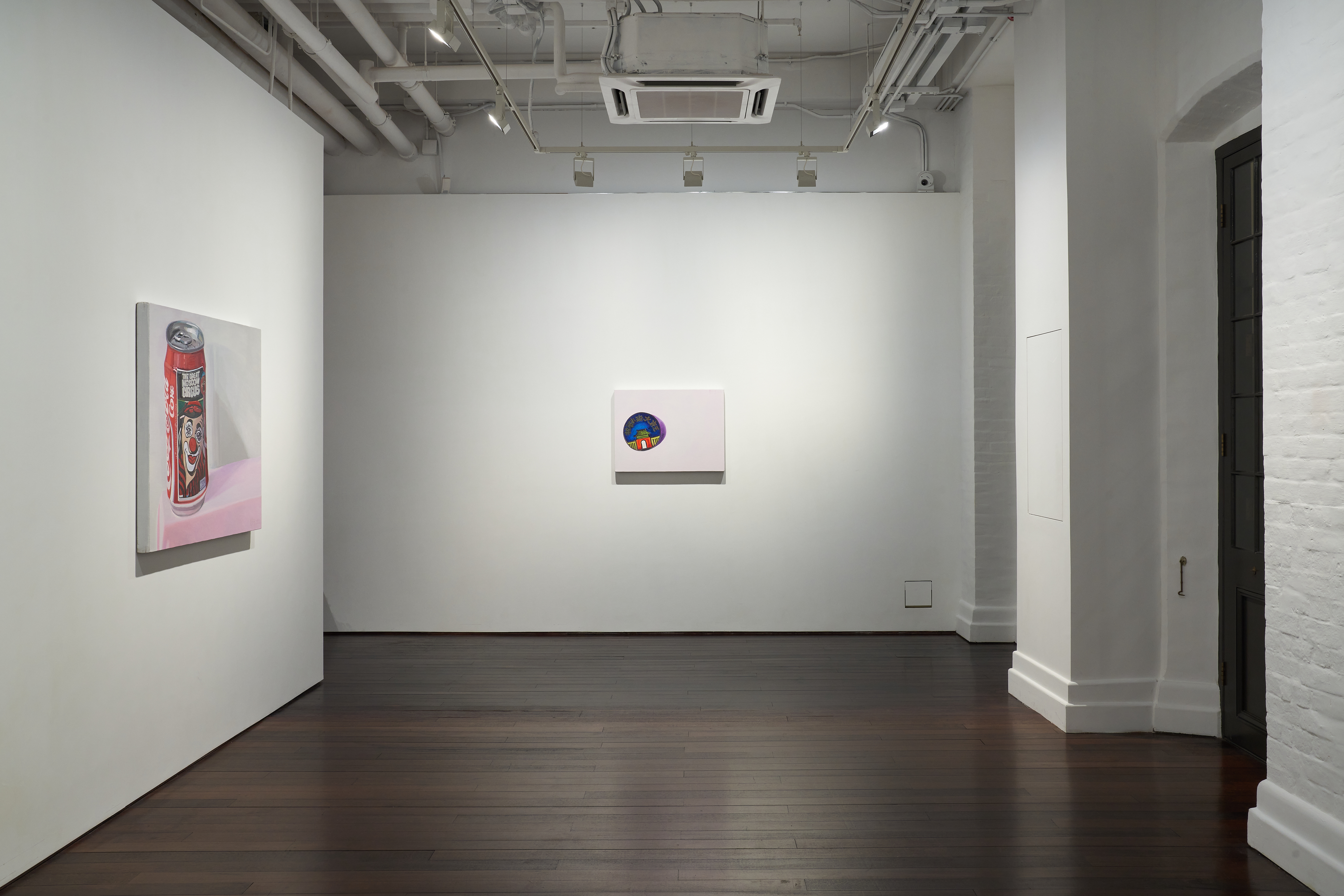 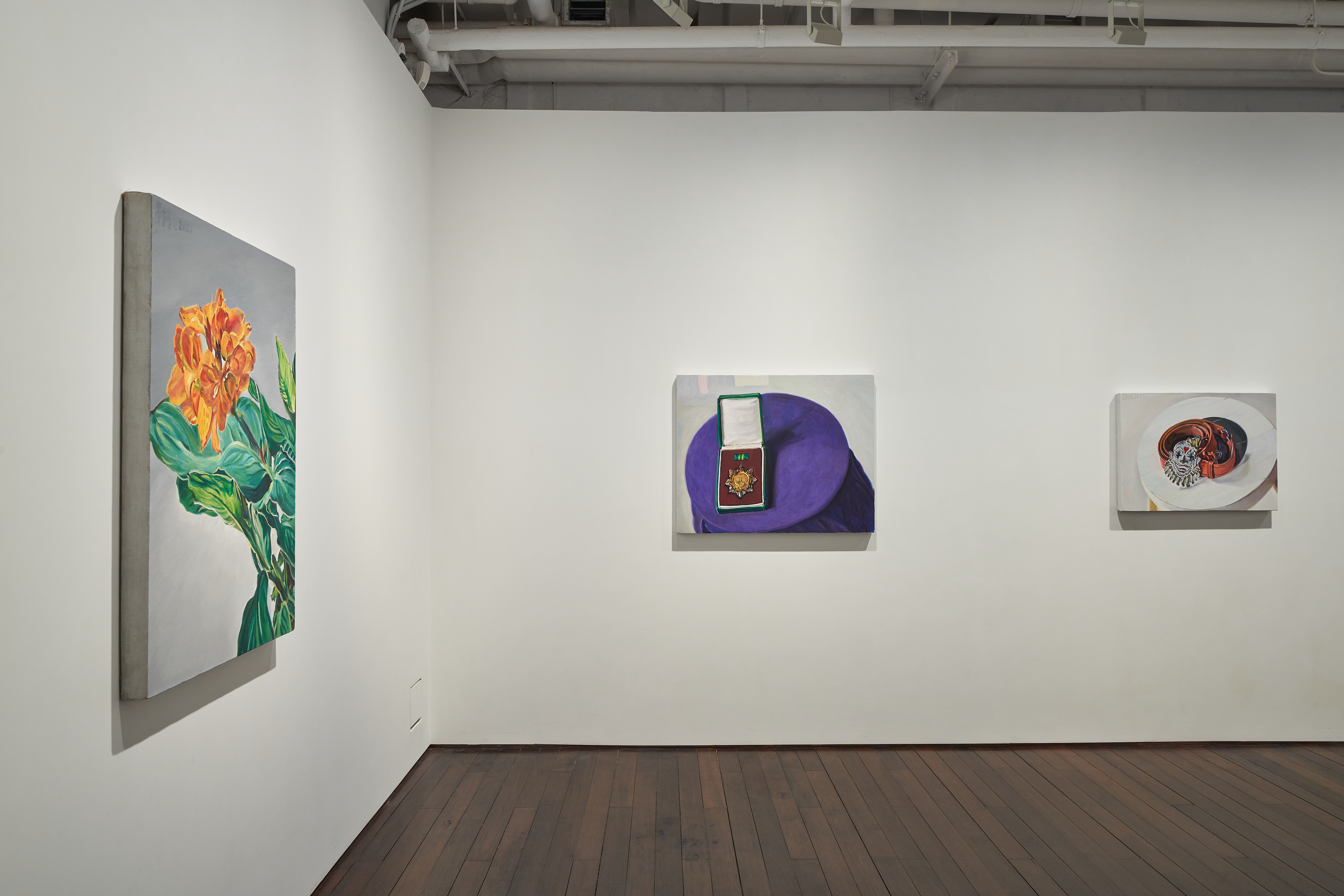 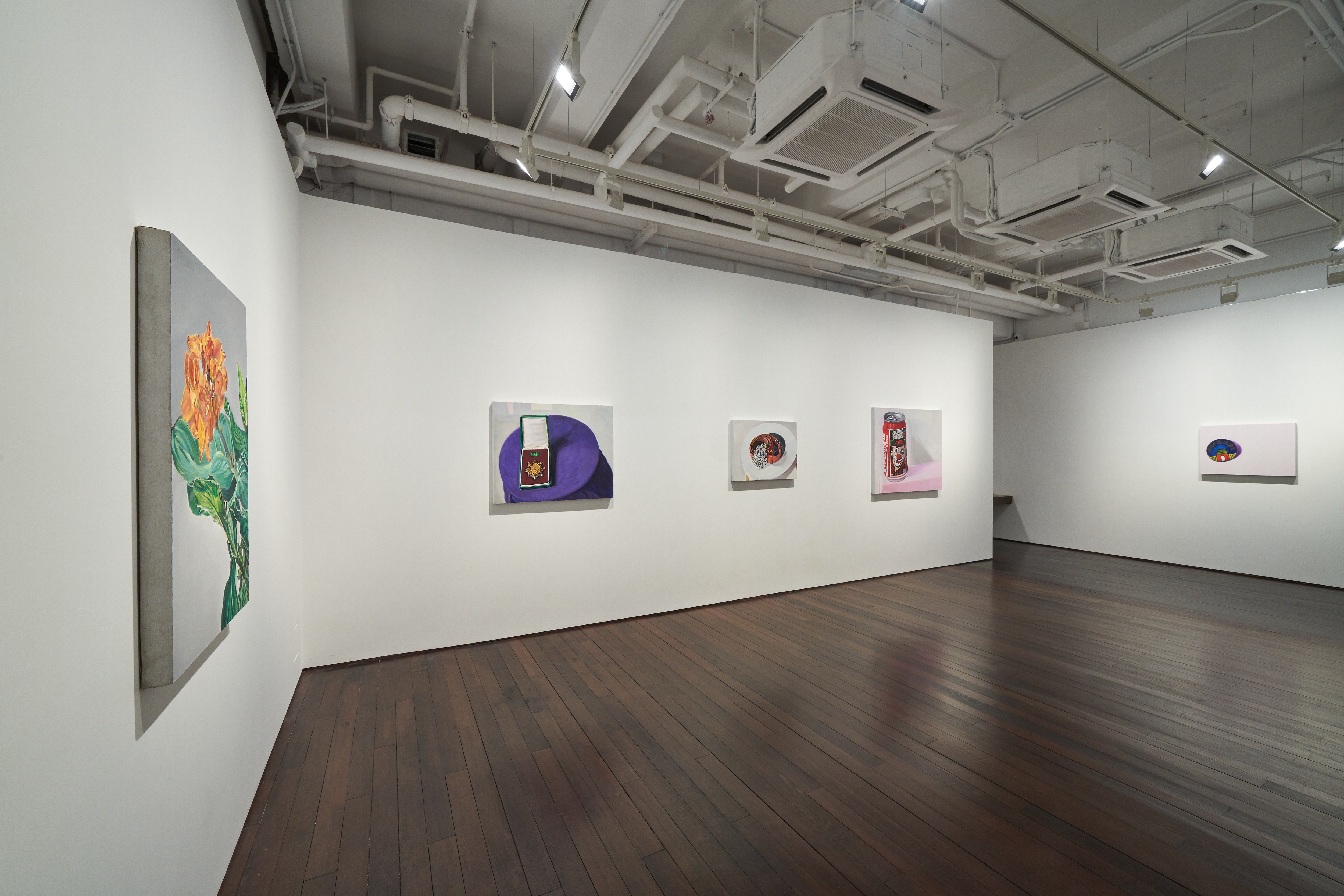 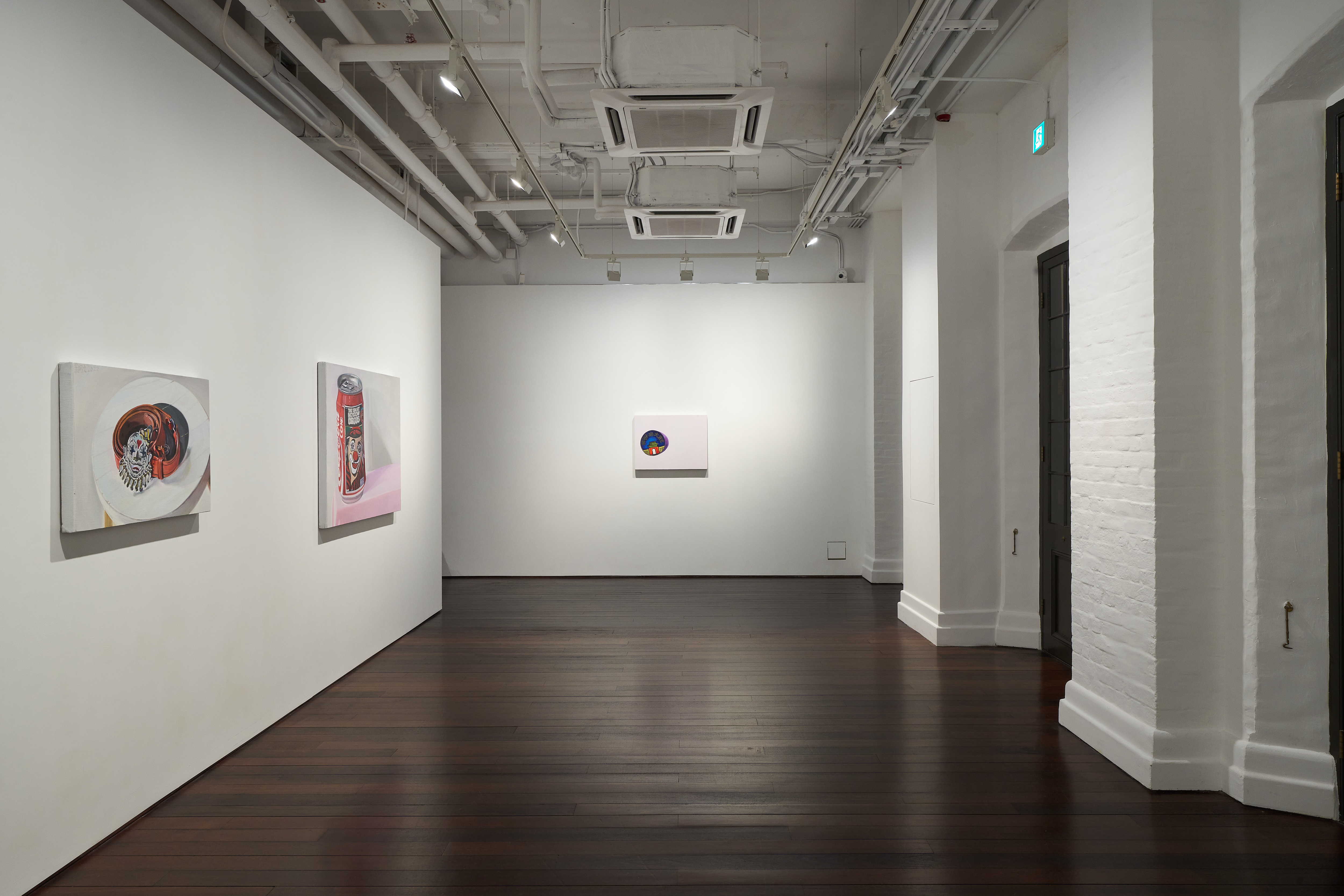 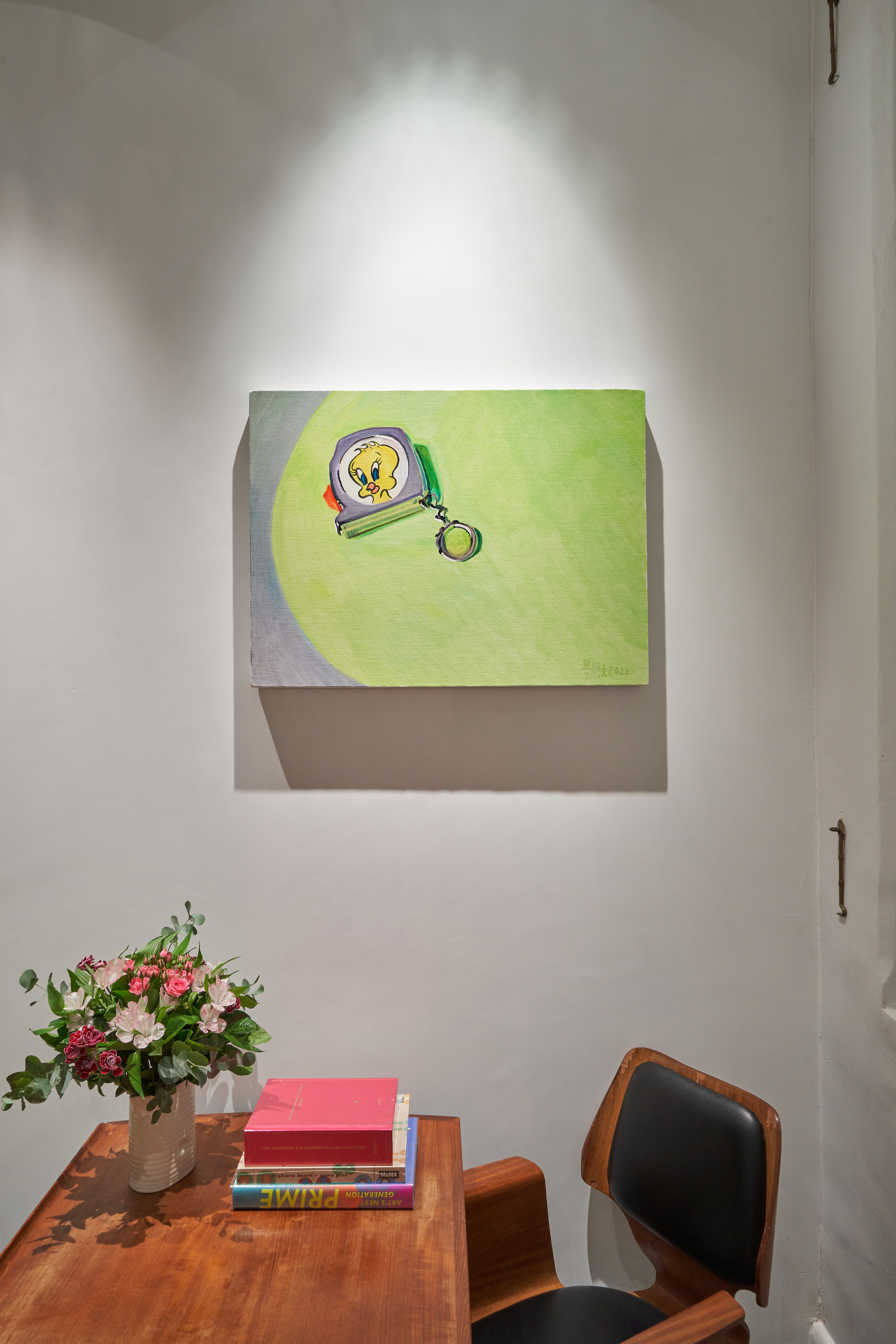 MASSIMODECARLO Hong Kong is pleased to announce Believe In Love, Jing Kewen’s second solo exhibition with the gallery. The exhibition presents the artist’s newest series of paintings portraying his personal collections, including both historical and stylish objects.

Known for painting after black-and-white photographs, Kewen is also passionate about collecting items with hidden stories, including seemingly mundane ones such as Coke cans and sneakers. These still-life objects, as witnesses of history, all come from different periods and have diverse backgrounds. To take an example, “Believe In Love 2022, No.3”, a limited edition Coke can with an image of a clown is depicted. The clown refers to a well-known circus from Russia, whereas the Coke brand itself is a potent symbol of American Culture. Through mixing meaning and image, the artist expresses a desire for global peace. The clown represents people who seek joy amidst sorrow and suffering, who pretend to be happy in the turbulent world- which may be many of us today.

Kewen enhances such meanings through clean and elaborate brushstrokes, and pure backgrounds which further focus the detailed renderings of subjects. The rich and vibrant colours offer a dreamlike effect in the paintings, which leads viewers to wonder if the subjects are real and authentic.

This exhibition incorporates history, politics, fashion, and cultural narratives, which ultimately lead to the concept of love — the strongest connections between human beings and the primary needs of the world today.

I love Kewen’s paintings. I always wonder which western painters cast shadows on his art?

I once asked. He pondered and replied: Van Gogh, Cézanne, and Song Dynasty paintings are my favourites. Is it supposed to be the interest of a contemporary painter? I was surprised by his words: “Art does not need to be influenced. These are enough.”

I started to understand why Kewen’s large-scale oil paintings depicting historical photos contain an unfamiliar sense of aesthetics — unlike Van Gogh or Song Dynasty paintings — the series revitalising old pictures has a monumental and distinctive beauty that is hard for anyone else to achieve.

I envy him. Kewen has been painting after historical photos.

The bushes, earthen walls, every corners, doors and windows, all appear lively and concisely on his canvases. Everything was the same as in real life. After over ten years, Kewen now works on large- scale still-lives.

Kewen portrays his personal collections, which seem unconventional for a painter. Among them are antiques (badges from the Republic of China; medals, épaulettes, collars awarded by the People’s Liberation Army; old pictorial magazines, etc.) as well as trendy brands popular among the youth (limited edition sneakers, T-shirts, and Coke cans, etc.)

Kewen loves sharing his collections with me. At some point, I realised that in his mind, maybe the badges and sneakers are far more important than Vincent van Gogh and Song Dynasty paintings. This fascination merges into his paintings in a mysterious and imperceptible way. Perhaps the artist himself is unaware of the impact.

These treasures are waiting to be revived. Kewen enlarges them on canvases. I cannot find a specific aesthetic genre to interpret them: brand new and original paintings. Although they are still-lives from real life (an outdated and debased act in postmodern landscapes), these paintings are straightforward, serene, neat, and with a bit of aggressive mystery, just like Kewen’s larger works.

To further elaborate, when looking at the Coke can, I would not refer it to Pop Art (he never pays attention to Andy Warhol). It is direct and genuine. Every single object is from Kewen’s beloved collection, which becomes the “theme” by “painting from real life”, same as Cézanne’s apples and Van Gogh’s sunflowers.

John Berger describes Picasso’s frustration in his final years as a lack of creativity. Such argument is based on Picasso’s bewilderment during a talk:

Everybody repeats them. Venus and Cupid becomes the Virgin and Child, then a Mother and Child, but it’s always the same subject. To invent a new subject must be wonderful. Take Van Gogh. His potatoes – such an everyday thing. To have painted that – or his old boots! That was really something.

For hundreds of years, not every figurative painter was aware of such obsession. Does Kewen develop the new subjects? Look at his love for the badges and sneakers! Once again, he amazes me with his inconspícuos yet determined passion. 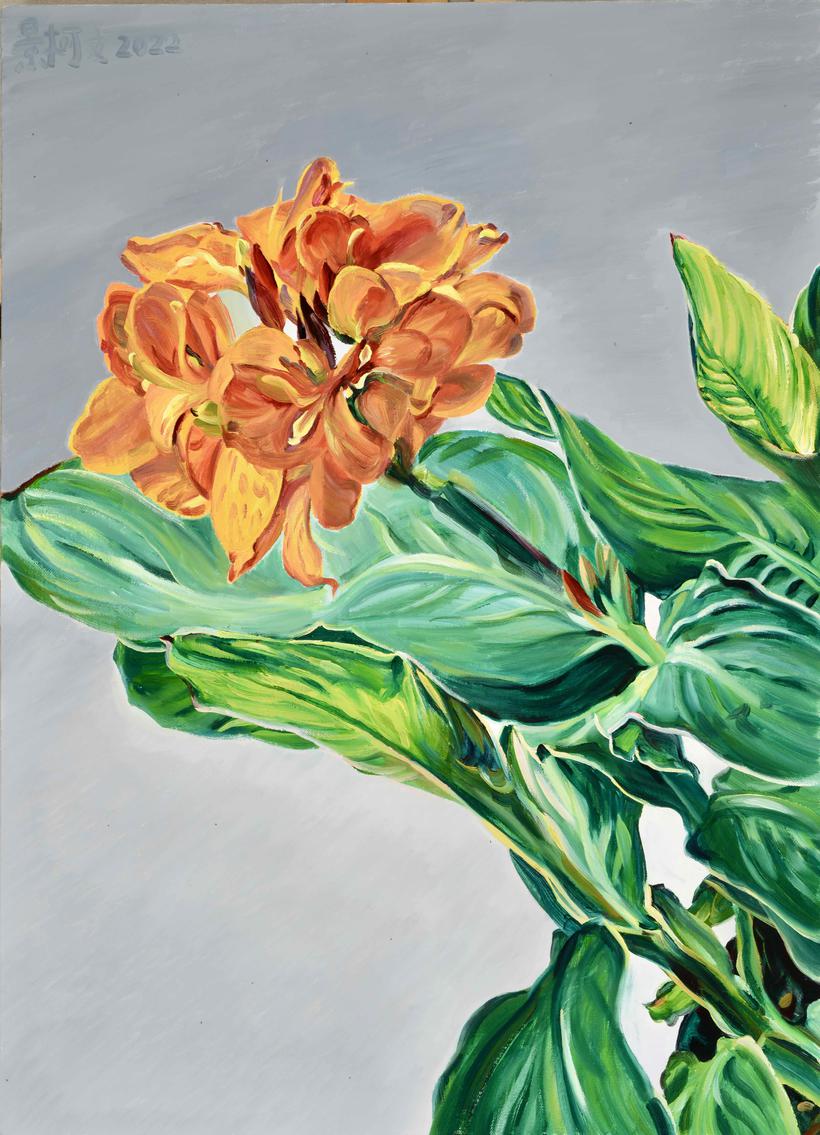 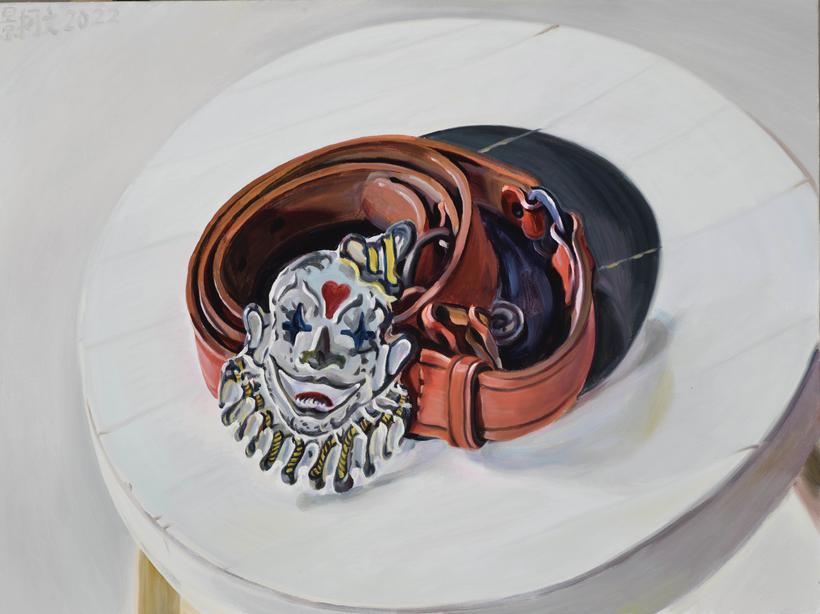 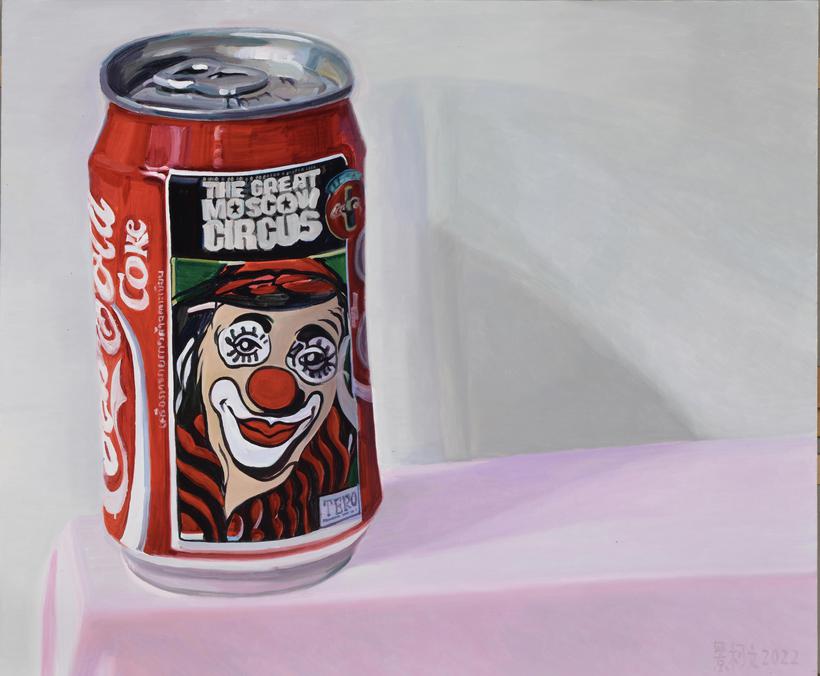 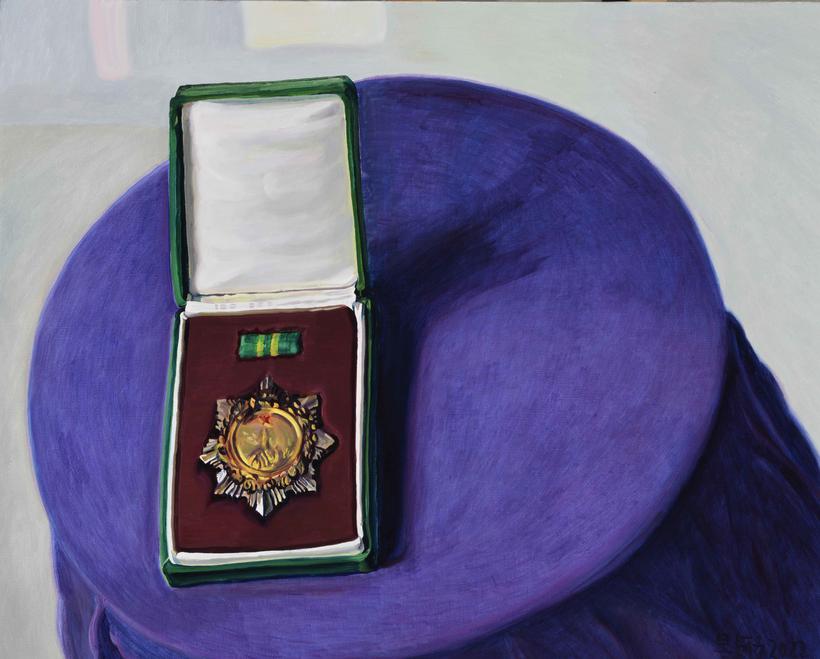 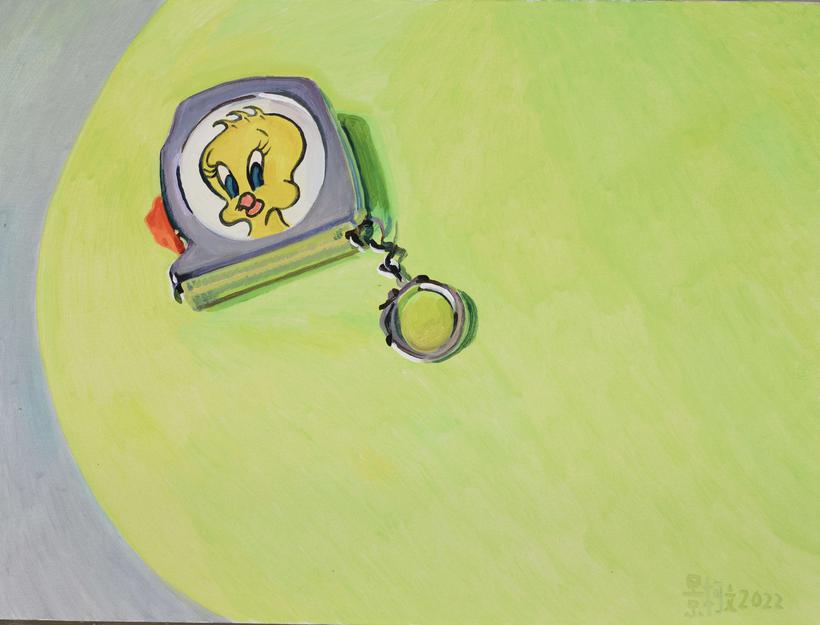 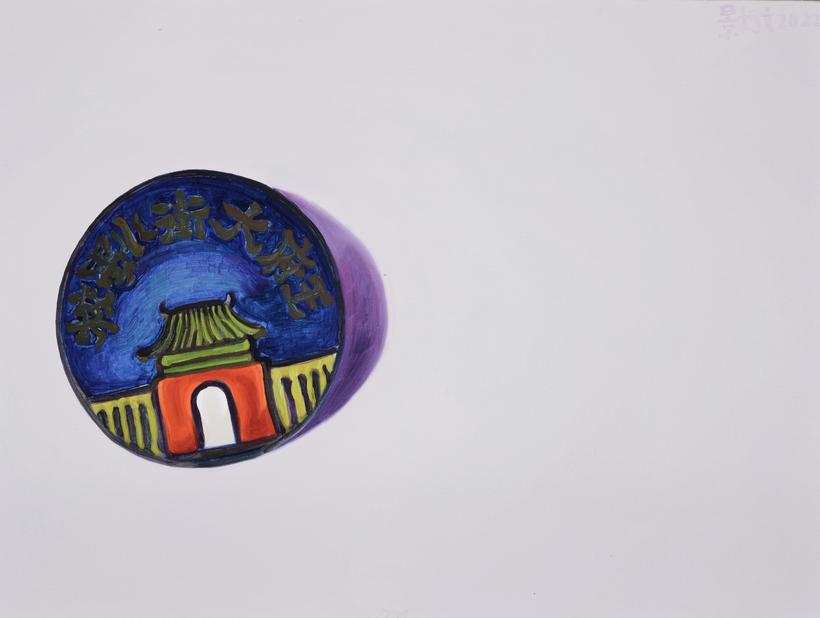 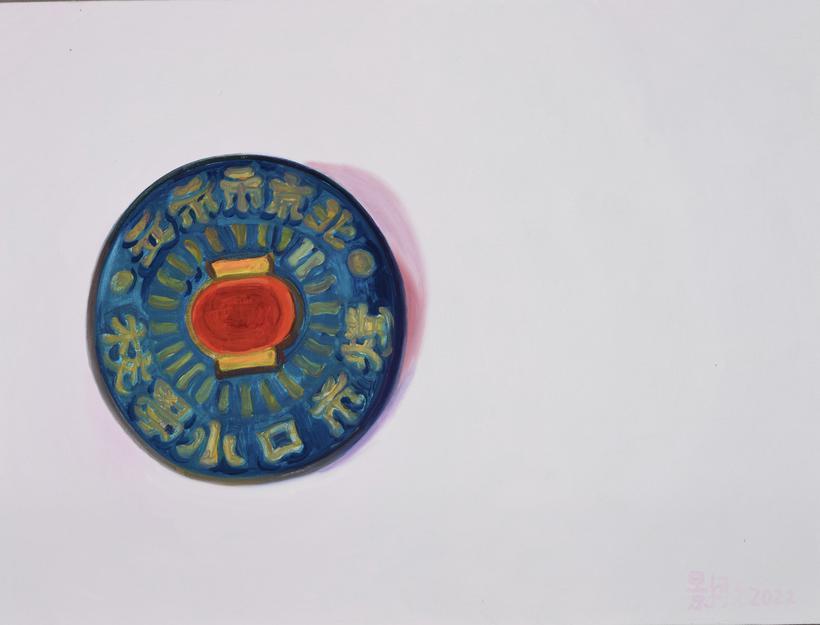 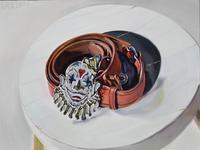 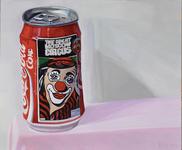 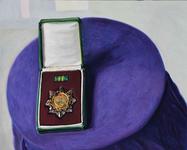 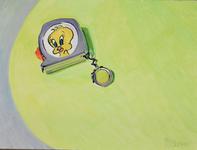 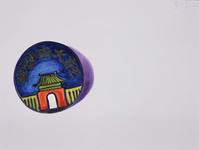 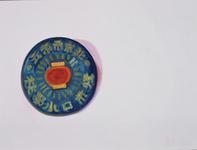