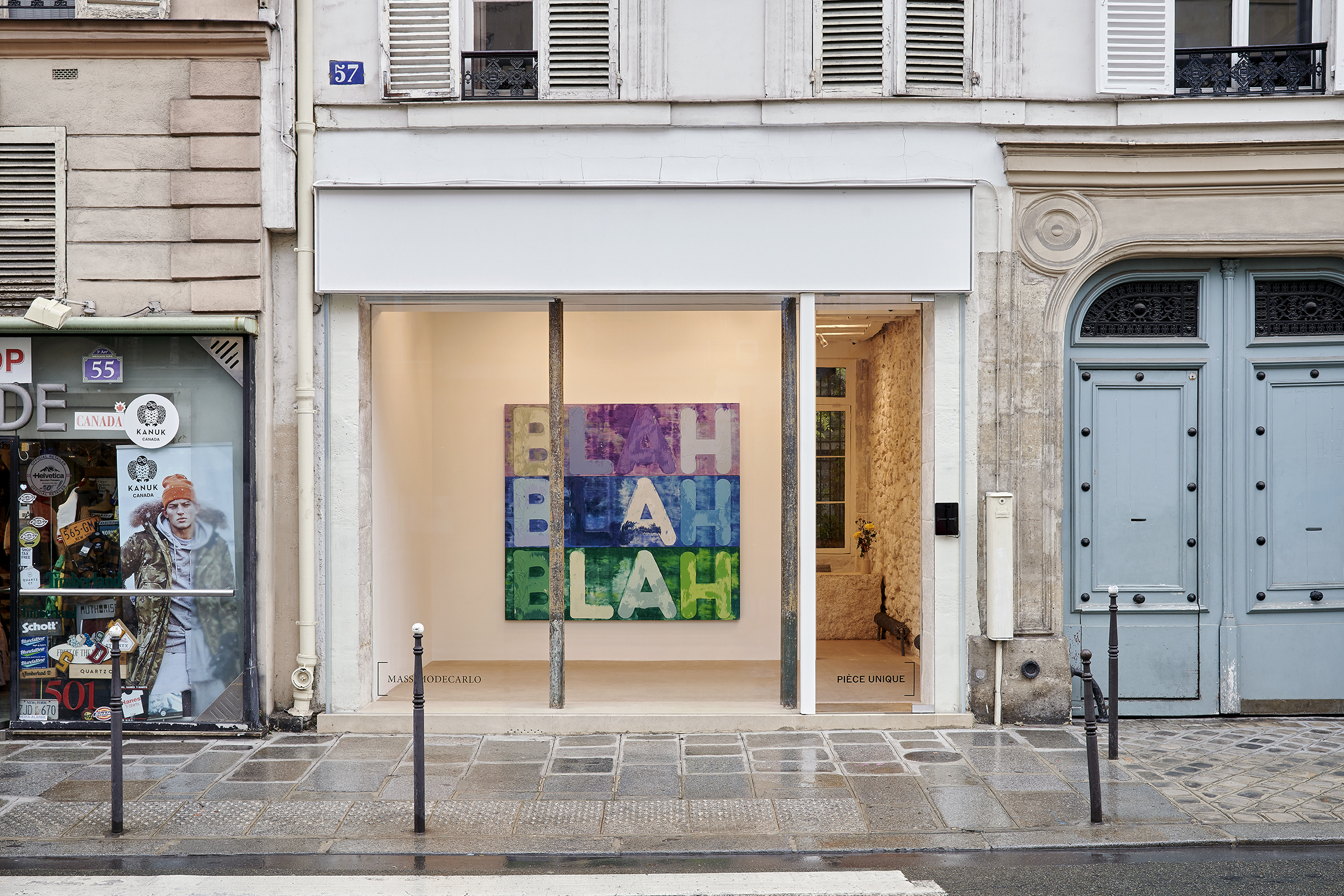 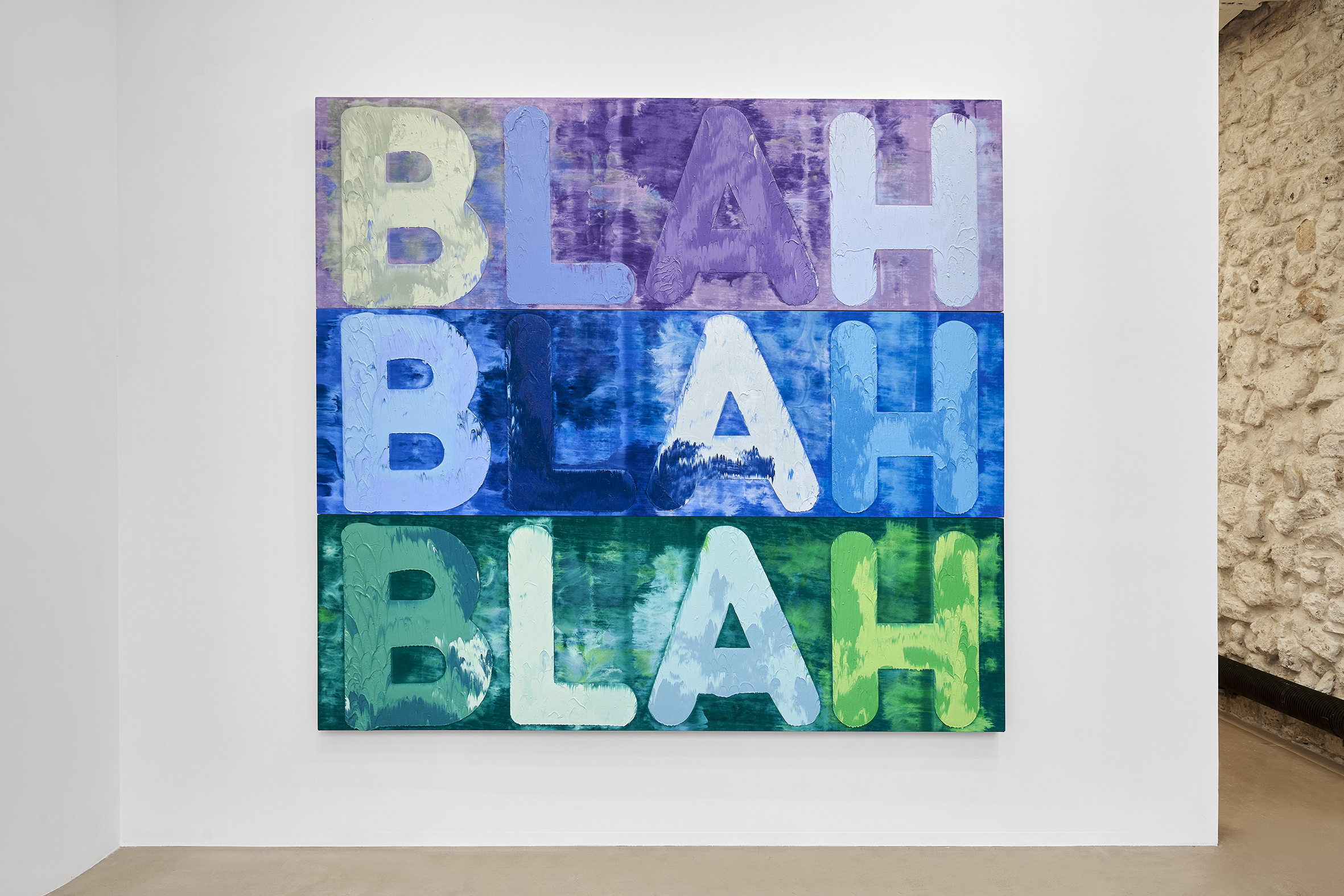 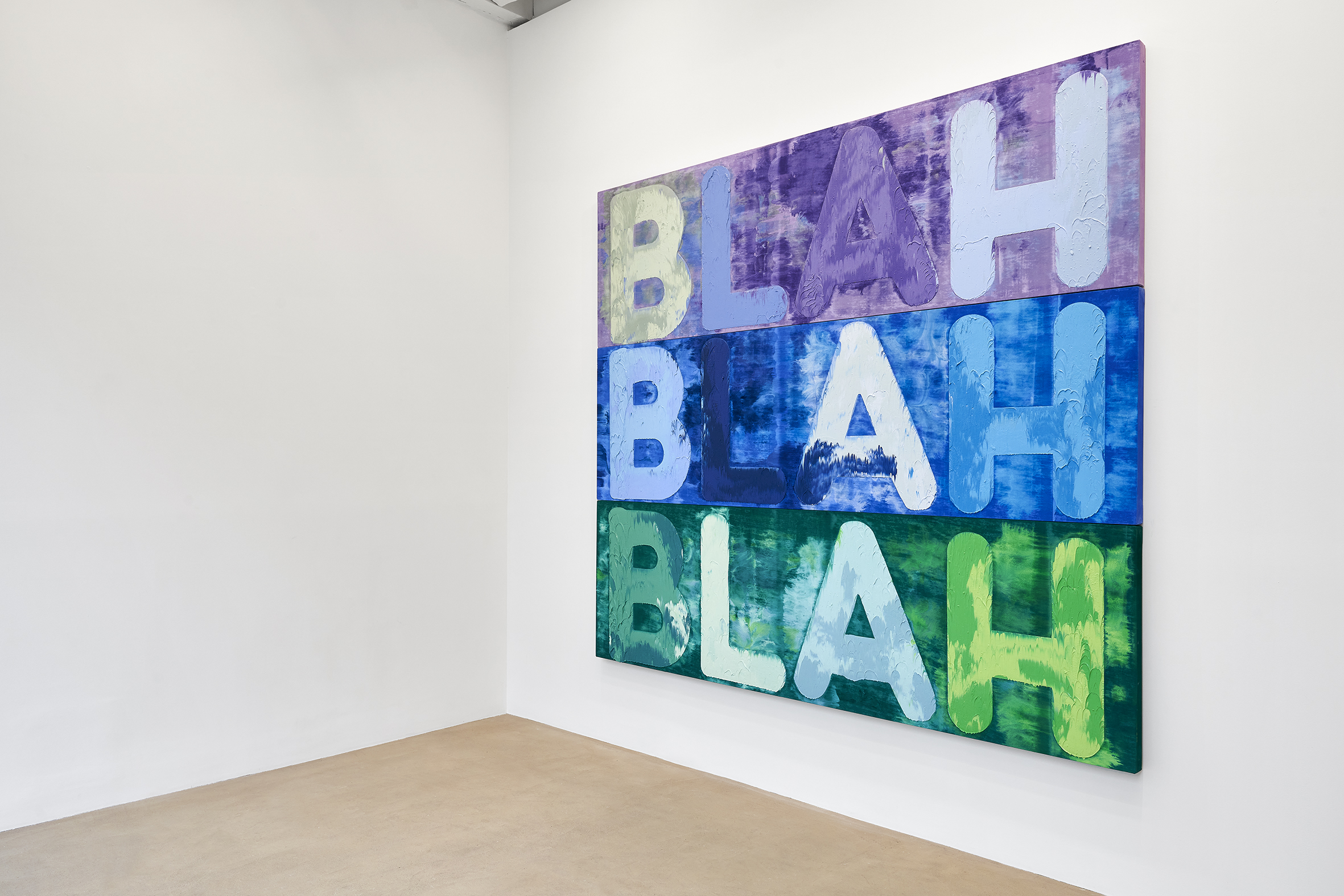 MASSIMODECARLO Pièce Unique is delighted to present Blah, Blah, Blah, a new work by Mel Bochner, on view at the gallery until October 29th, 2022.

Using language as both subject and medium, Mel Bochner challenges our understanding of “the artwork” by deconstructing its meaning, both literally and formally.

A leading figure of the New York City art scene since the 1960’s, Bochner’s groundbreaking use of language has established him as a central figure of Conceptual art.

Blah, Blah, Blah is a richly textured oil of velvet work. Like fresh icing on a cake, each letter is rife with paint, smeared on the surface, emerging from similarly textured, subtly contrasting surrounding hues of blue, green and purple. Like Barnett Newman, who poetically saw paint drips as an indication of his paintings “crying”, Bochner whole-heartedly embraces what he himself describes as the “messiness” of language, allowing for imperfections, and paint drips to take center -stage to create complex, colorful surfaces.

As the viewer is faced with the painting’s giant, imposing, repetitive sequence of letters, their arrangement becomes almost senseless: like repeating a word over and over again until it loses its meaning, Bochner’s work acquires a quasi-hypnotic dimension: the letters blend in with the textures and colors, turning the painting into a new system of shapes rather than words.

However, it also goes without saying that irony is a central tenet in Bochner’s practice: the choice of words is far from incidental. In this case “Blah” alludes to both a sense of boredom,

as much as its repetition, “Blah Blah Blah” directly recalls a form of meaningless blabbering. Presented at Pièce Unique in Paris, Blah, Blah, Blah, is perhaps a subtle nod to Bochner’s 1970 work Language is not transparent presented earlier this year in his retrospective at the Art Institute of Chicago and which referenced the now iconic student riots of May 1968 in Paris during which poetic, ephemeral slogans were temporarily and aggressively pasted onto city walls in protest against the system. 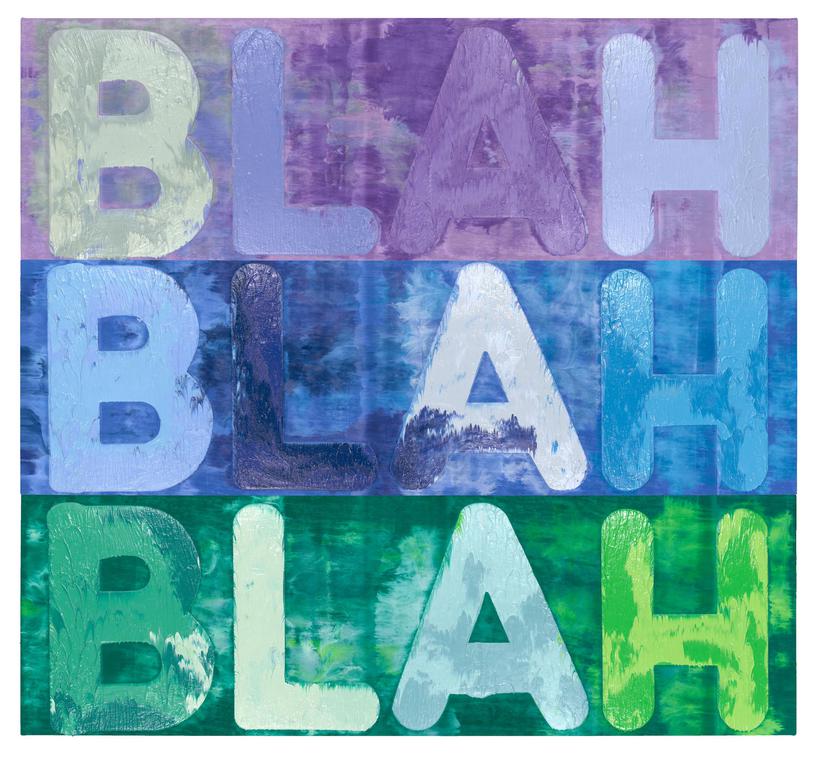 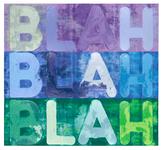