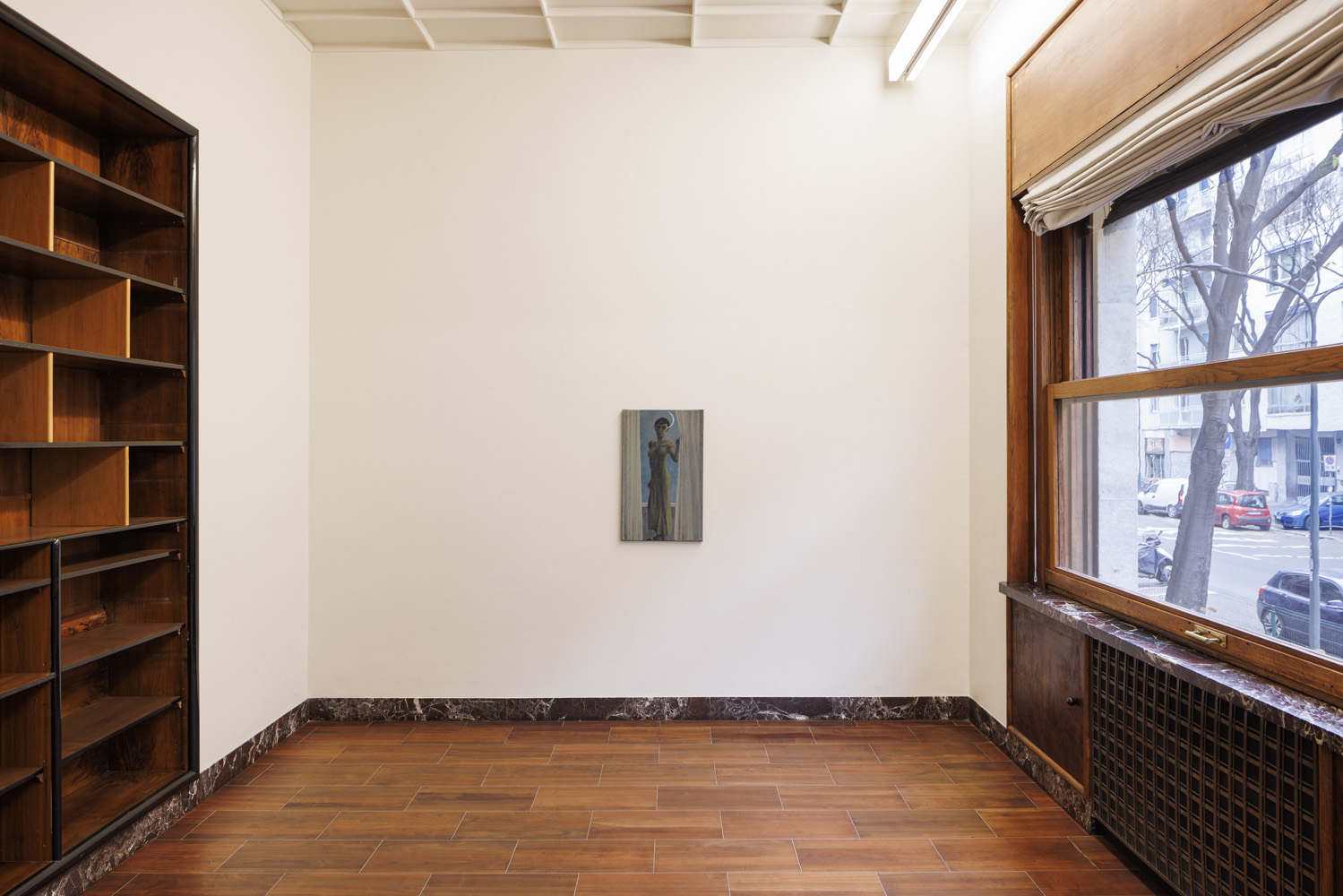 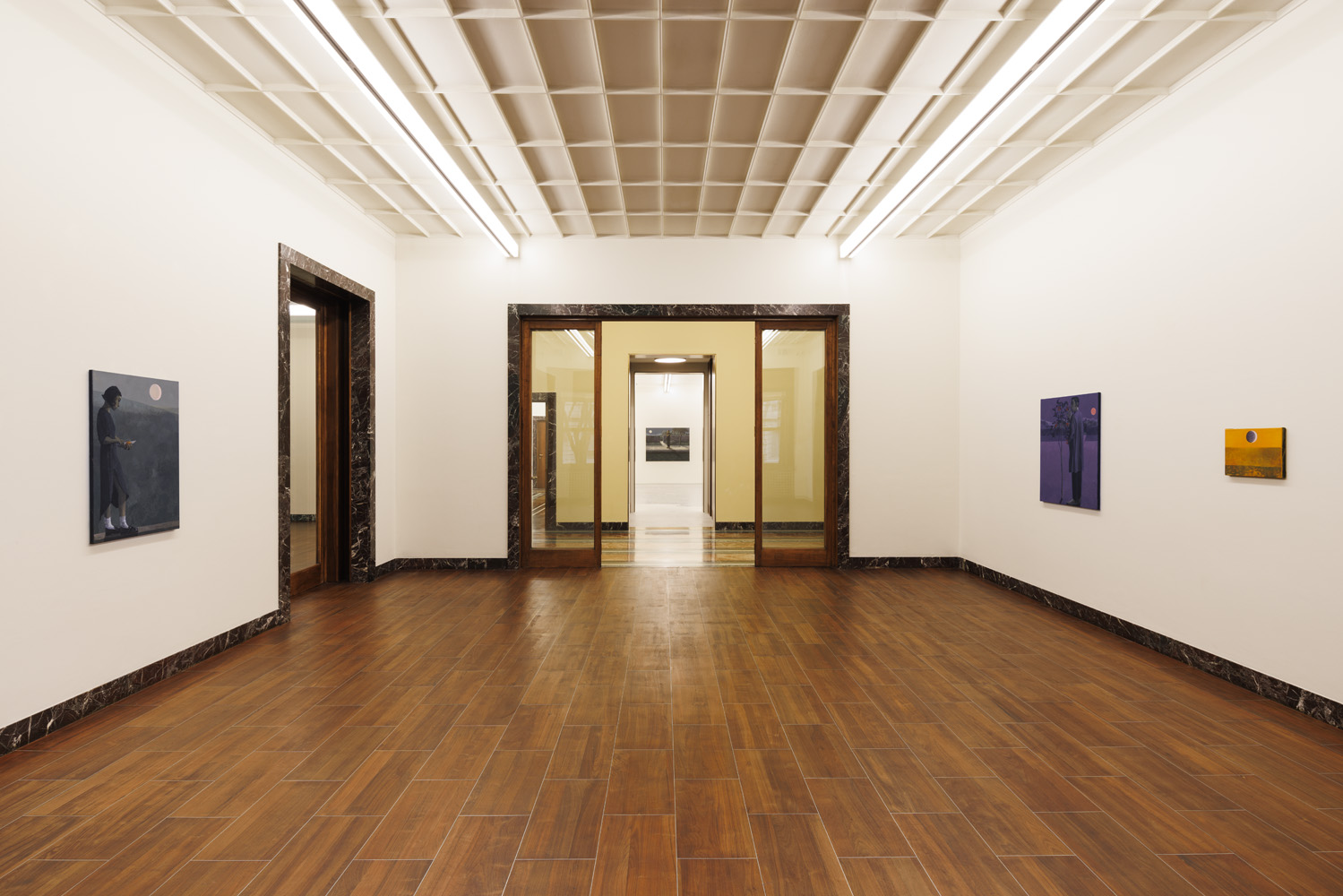 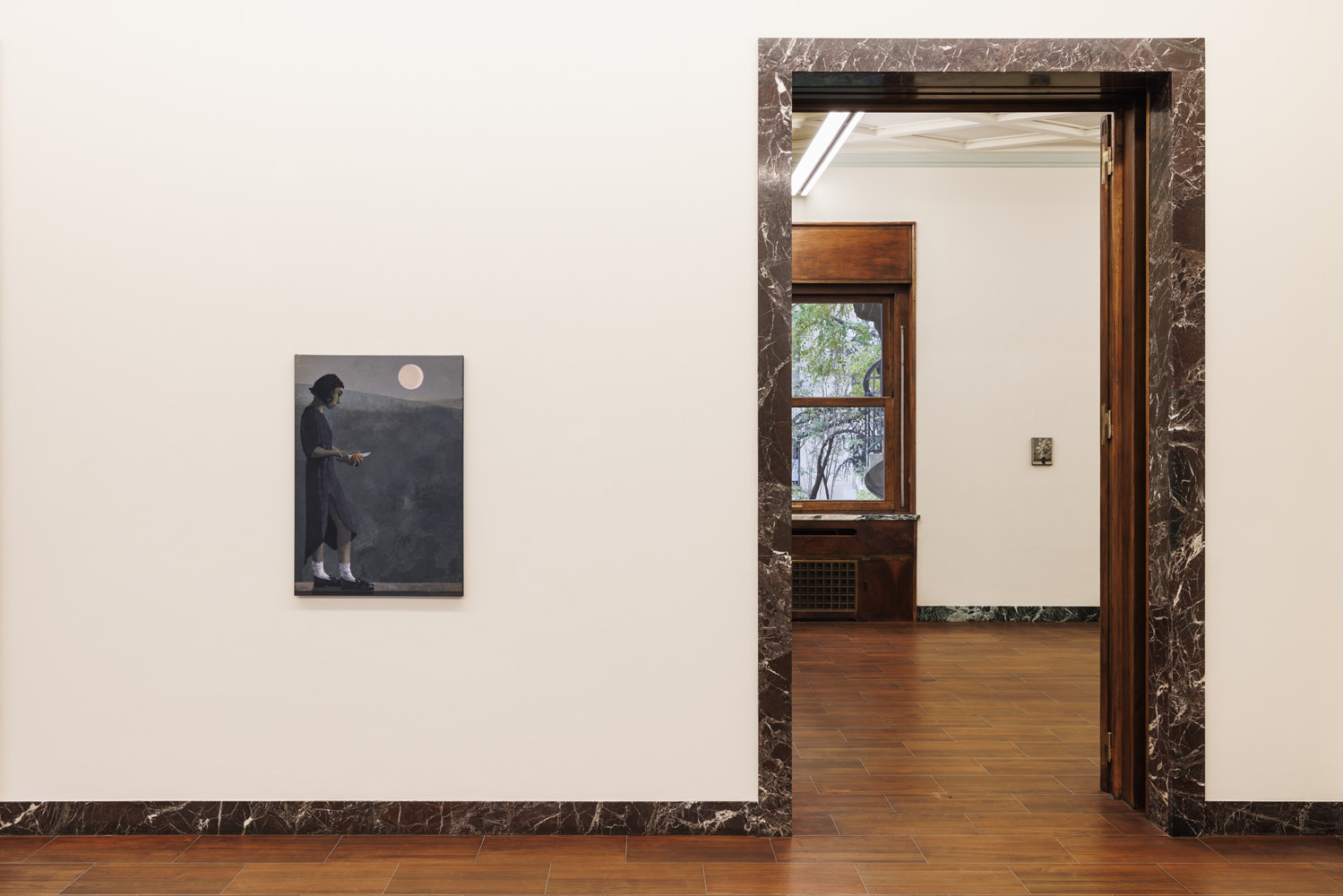 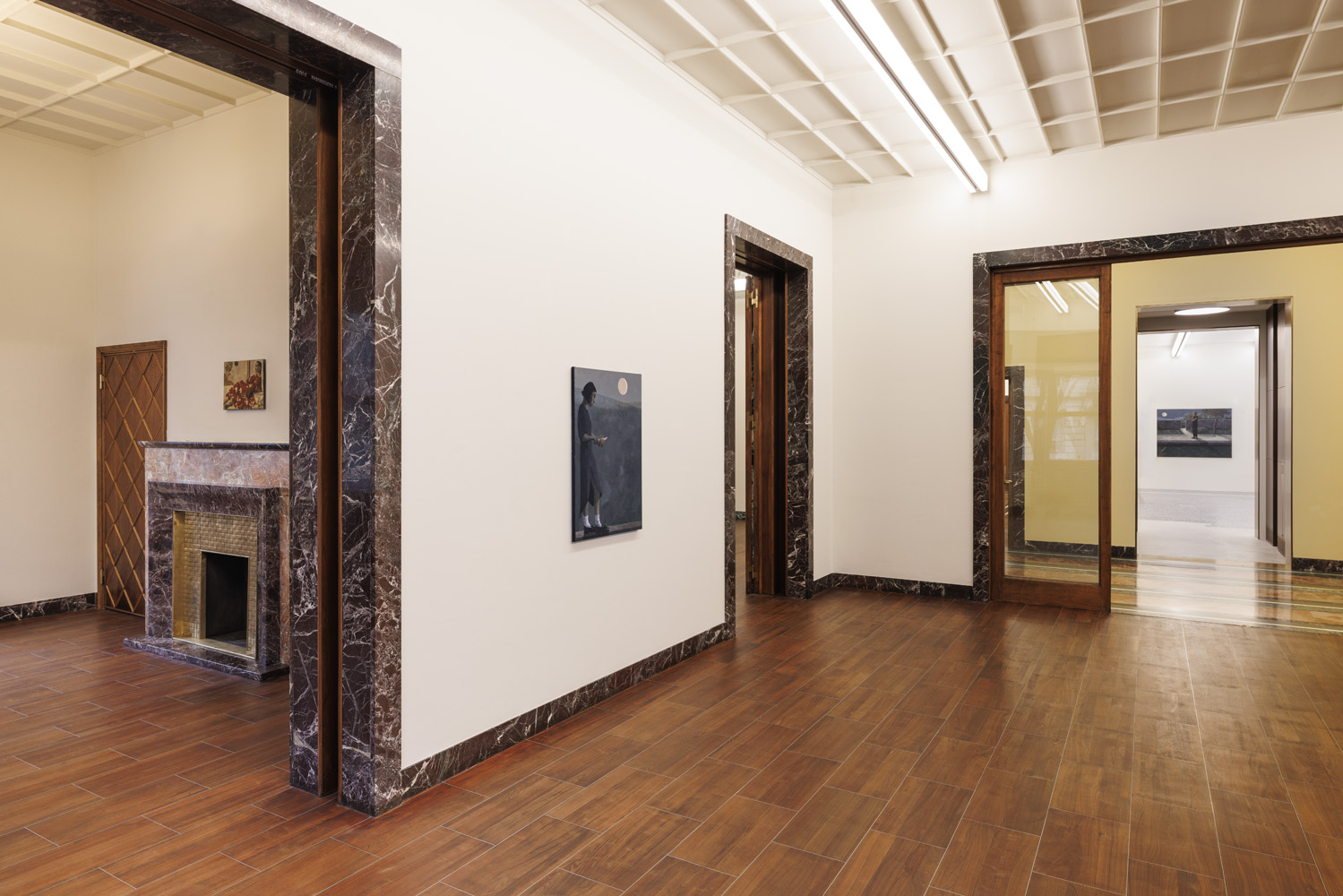 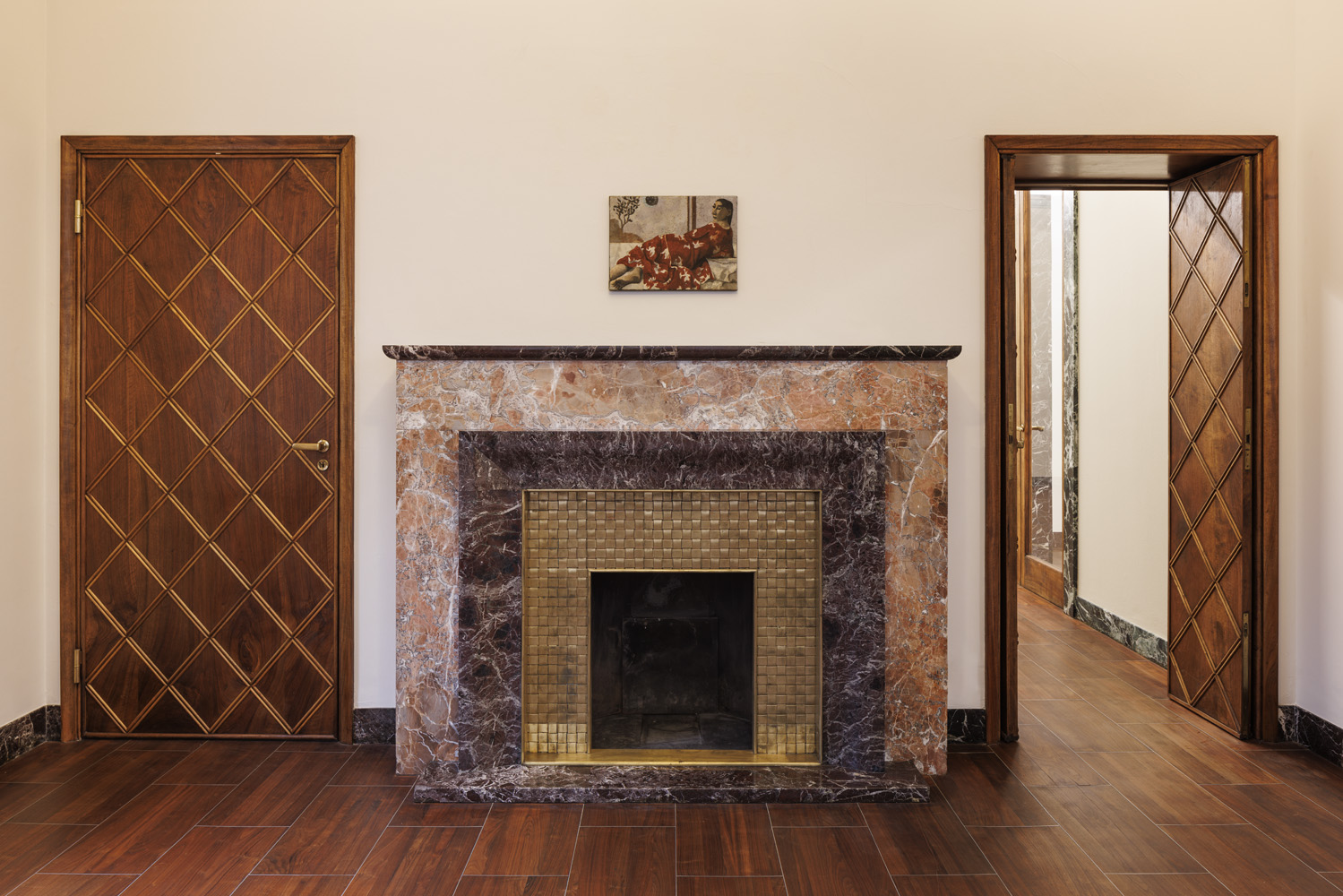 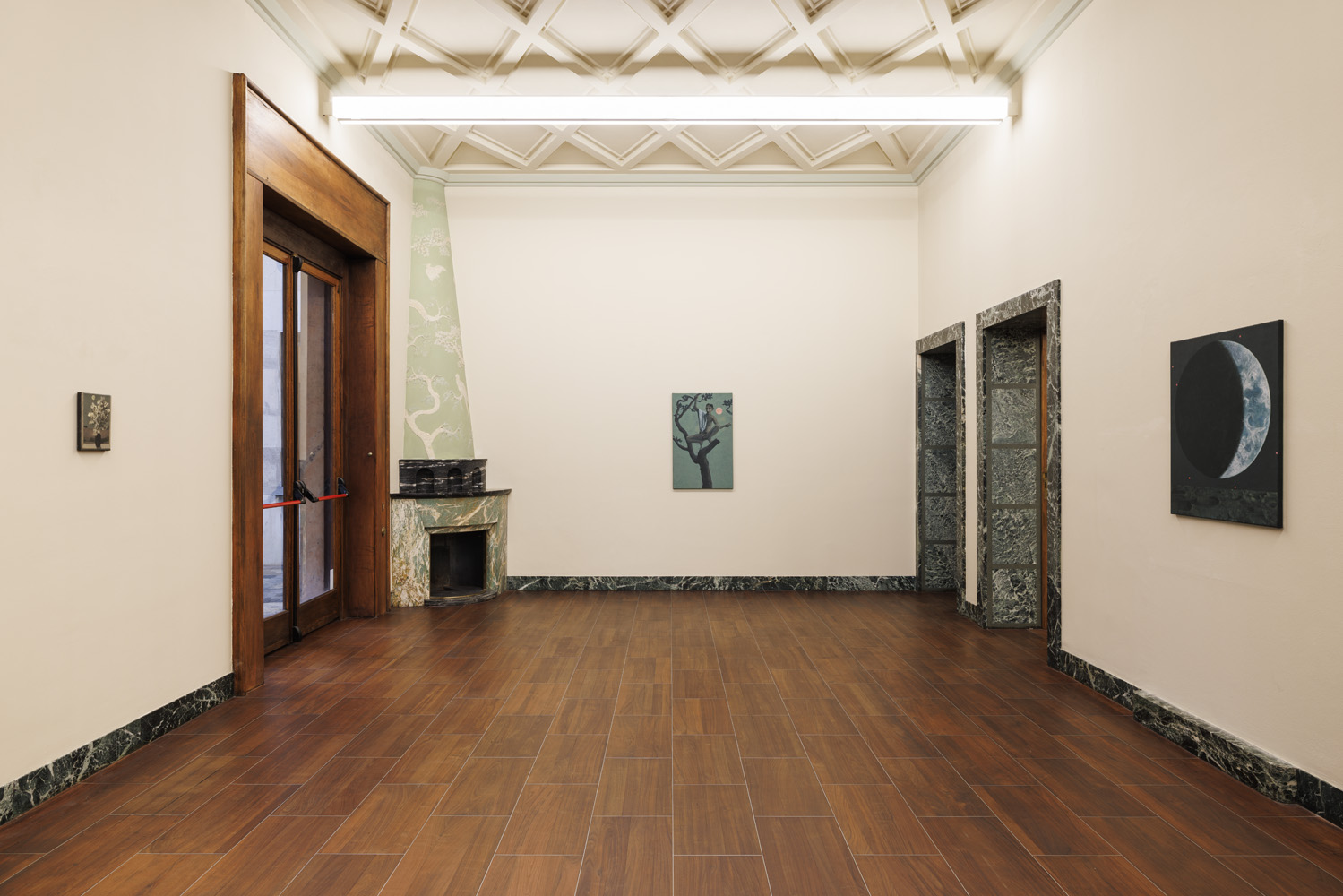 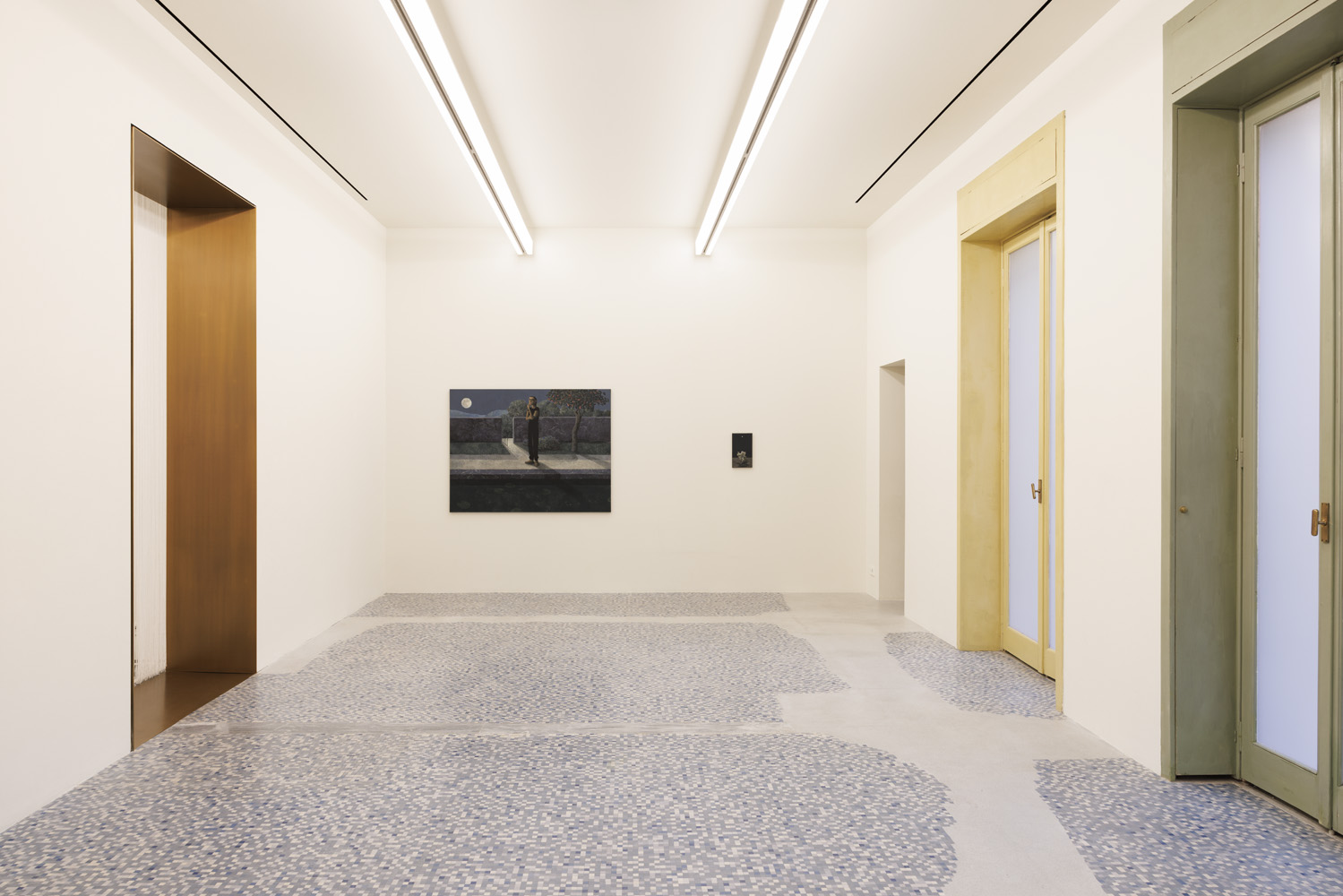 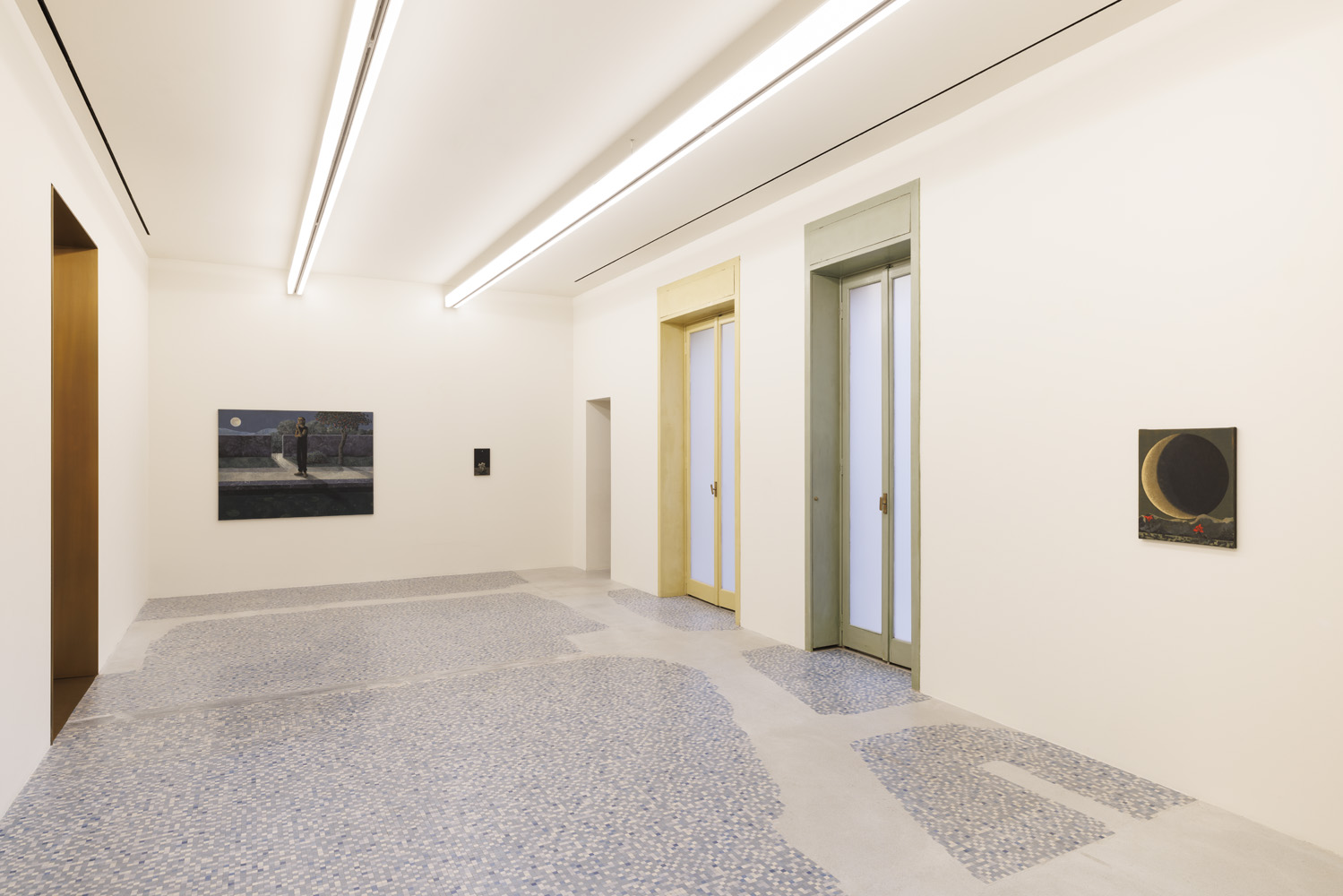 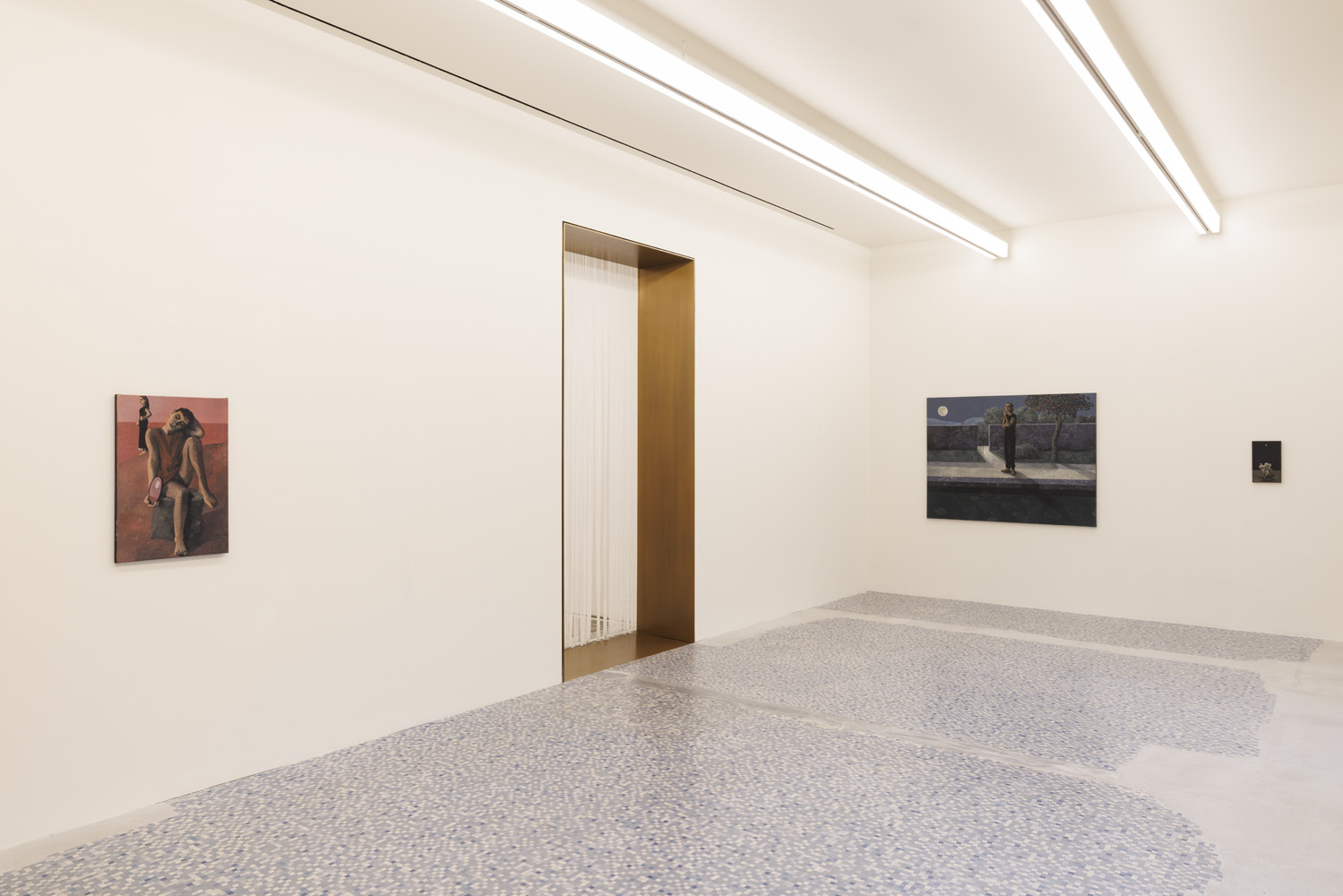 Marking Lenz Geerk’s first solo exhibition at MASSIMODECARLO, Moonpaintings explores intimate, alienated worlds inhabited by pensive, dreamy figures bathed in moonlight. Placed in melancholic, timeless surroundings, Geerk’s gleaming moon brightens the natural landscape acting as a comforting yet inquiring presence. The moon becomes a continuum in the series, connecting each painting to the next, guarding the figures as it bathes them in its cold radiant glow.

Discussing this new body of work, Geerk revealed his newfound fascination, almost obsession with the moon: “the moon has become such a kitsch object that it is almost a bit discomforting to paint it. If something is discomforting, I love to paint it”.

Whist drawn to its contemporary representations, the artist also references the iconography of German Romanticism, which captured nature and light in all its sublime grandeur. In this new body of work, Geerk renders nature in a dark and composed manner, conveying a sense of wilderness.

Geerk’s landscapes feature sparse trees with gnarled branches and softly curved and densely tinted country glades. While minimal in its representation, Geerk’s portrayal of nature is sometimes drawn from lived moments. In Moonpainting II, the artist reminisces about environmental protests that saw activists building homes and living on trees to stop the tearing down of Hambach Forest in western Germany. “That was such a beautiful image that connected us with nature, allowing us to come back from where we came from,” explains Geerk.

At times on their own, at times together, Geerk’s figures permeate a sense of nostalgia, estrangement and emotional turmoil. The androgynous and anonymous faces depicted by the artist effortlessly portray a humanity that is psychologically exposed. Willingly blurring skin colours and features, the artist draws relatable figures, establishing a direct relationship with the viewer.

Moving sensuously yet wildly on the canvas, the characters exude a contemporary ennui that materialises in a muted colour palette.

Pastel pinks and muddy blues are intermittently dominated by vivid reds and lavishly coloured flowers and fruits, infusing a sense of intrigue and ambiguity. In Moonpainting XI, an enigmatic barefoot male figure picks an intensely lit red cherry, which becomes a focal point in the composition. Its colour and minuteness attract the viewer’s attention towards the figure’s mouth and fingertips. Captivating and gloomy, the moon is both a comforting spectator, and a watchful presence over the character’s psychological vagaries and apparent isolation.

Intruding into his characters’ lives and thoughts, the moon has a dual role in the exhibition, as both the observer and the observed subject. Whether placed on its own, at the forefront of fictional landscapes or in the backdrop of ambiguous scenes, the moon’s gaze underpins the entire exhibition.

The apparent disregard for privacy in Geerk’s intimate compositions does not seem to disturb his subjects. Distractedly watching over her shoulder, the female figure in Moonpainting XII accompanies the viewer’s attention towards her body while concealing her eyes from the moon. Observed from the back and the front, the figure is infused with a sense of calm acceptance, almost soothed by her spectators’ gaze.

The twelve moon paintings in Casa Corbellini-Wasserman nod to the lunar year and its twelve phases. Revealing the passage of time in the night sky, Geerk’s moons - whether full, crescent or just a sliver of silvery light - become a repository of longing and desire, a witness of secret relationships and unspoken words. 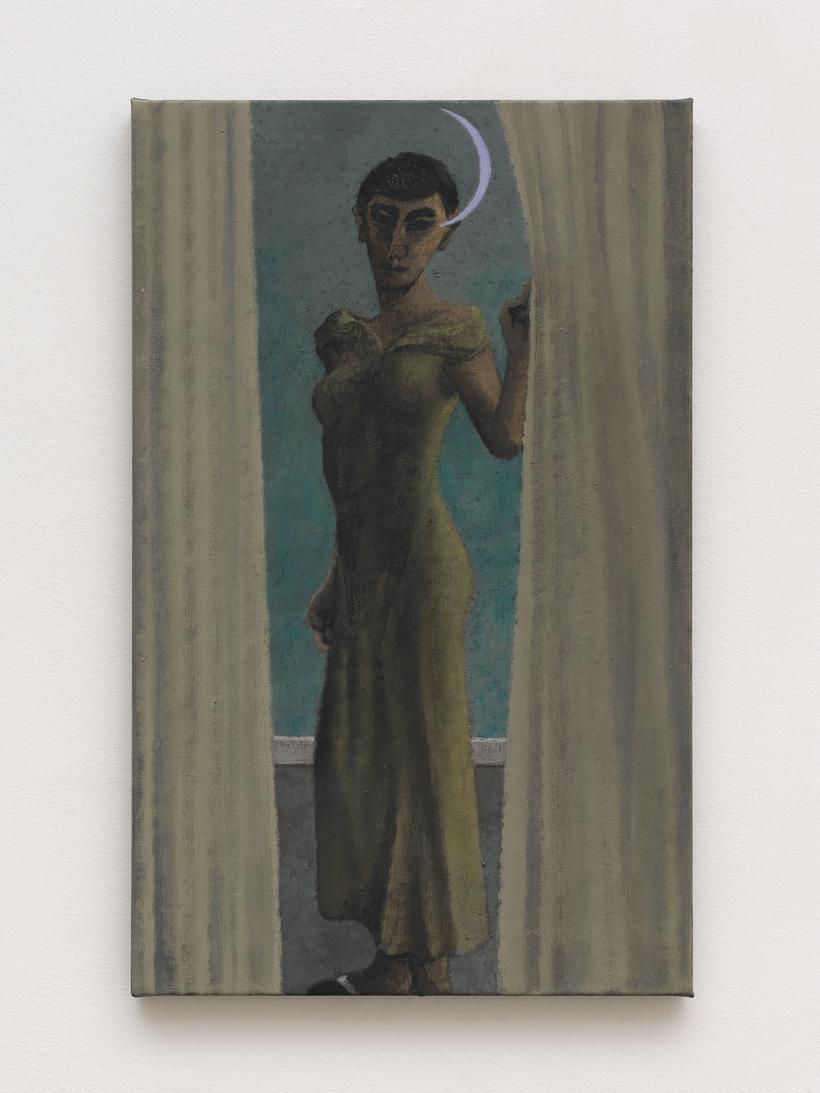 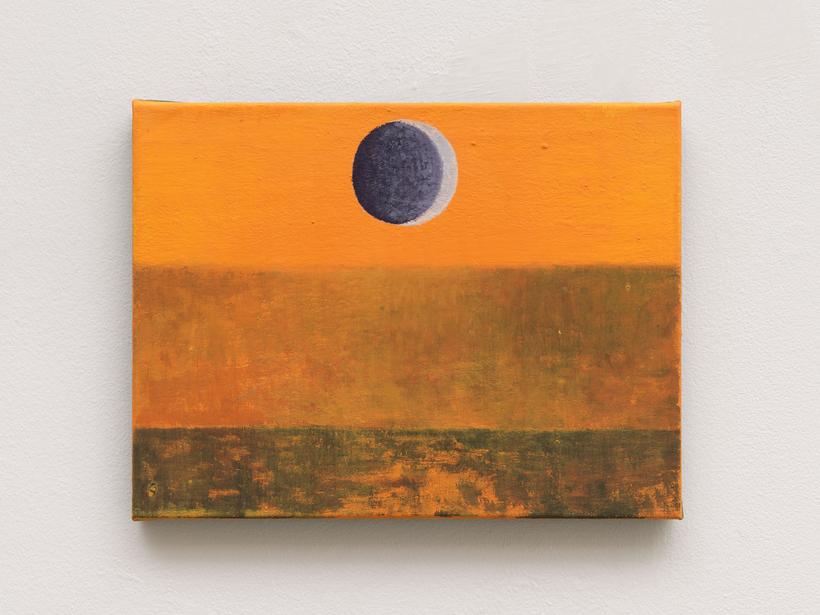 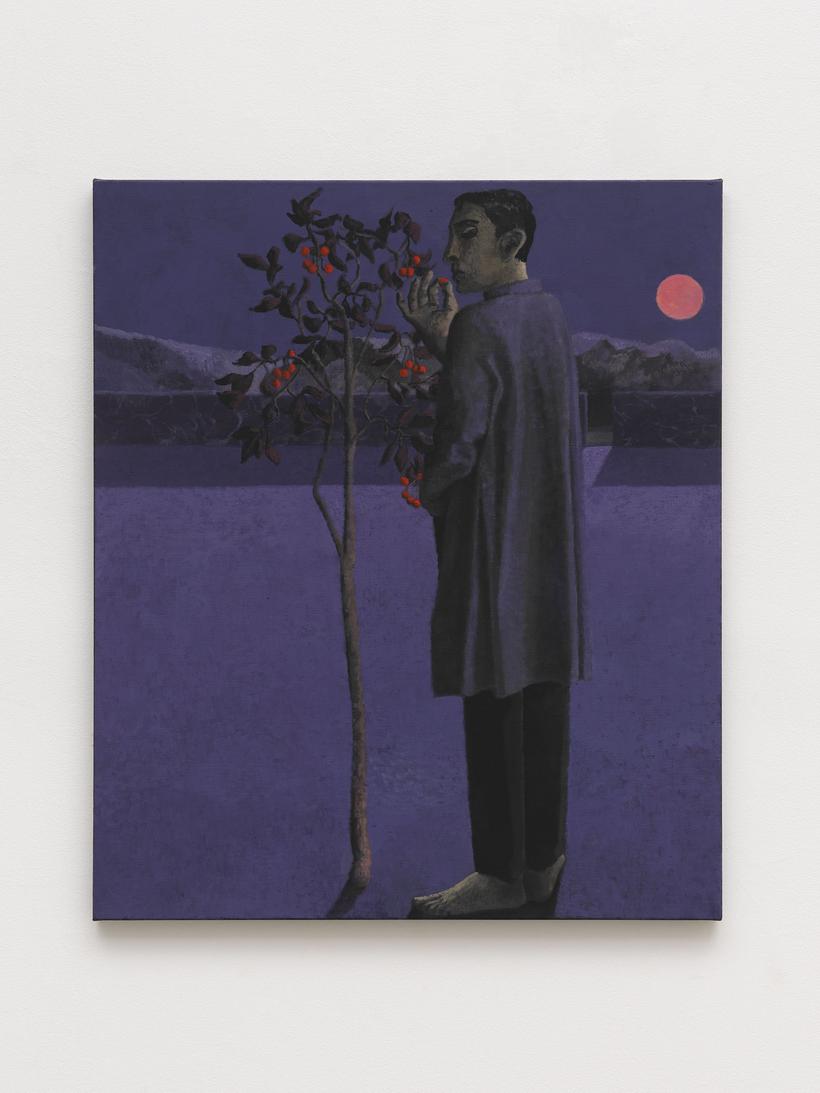 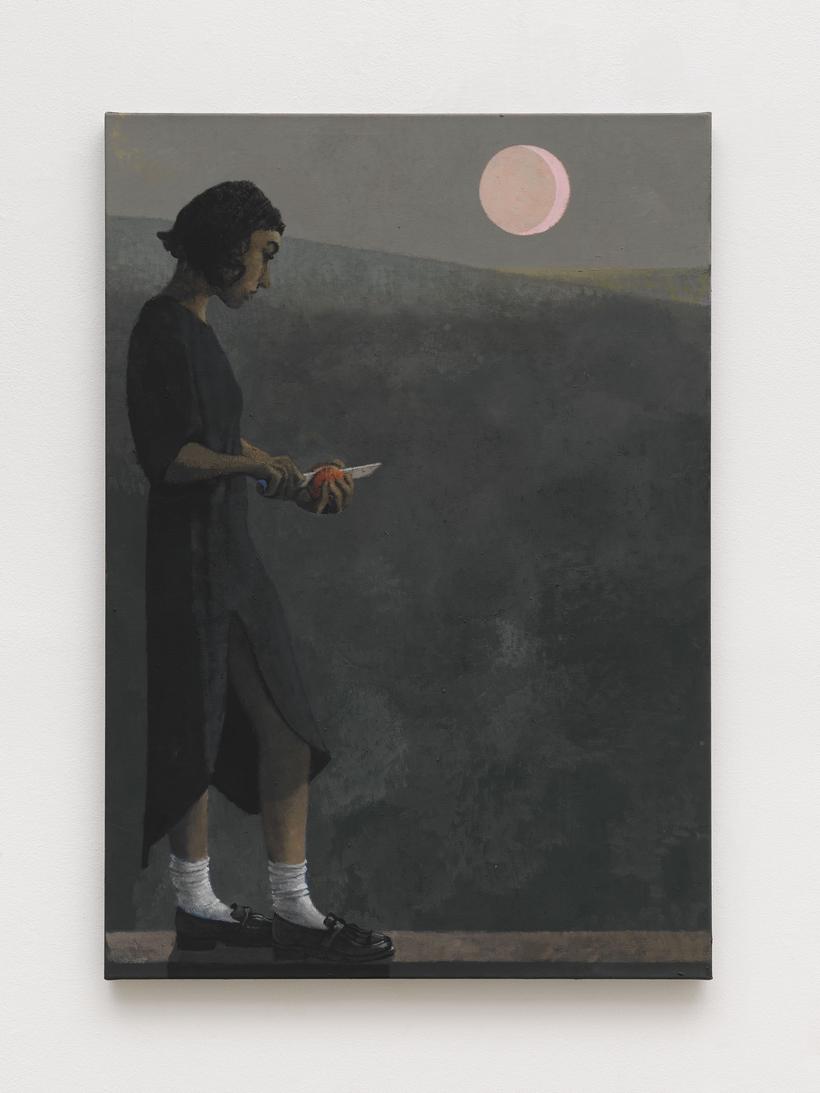 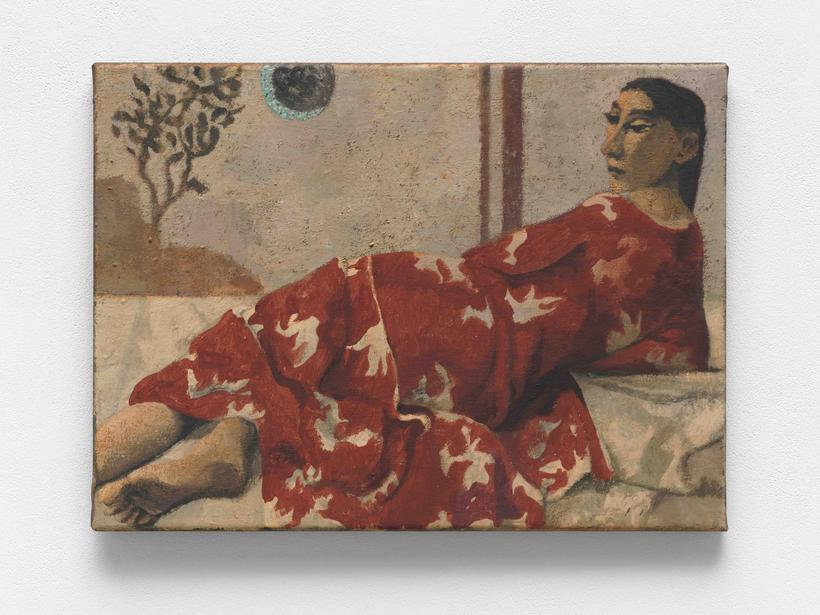 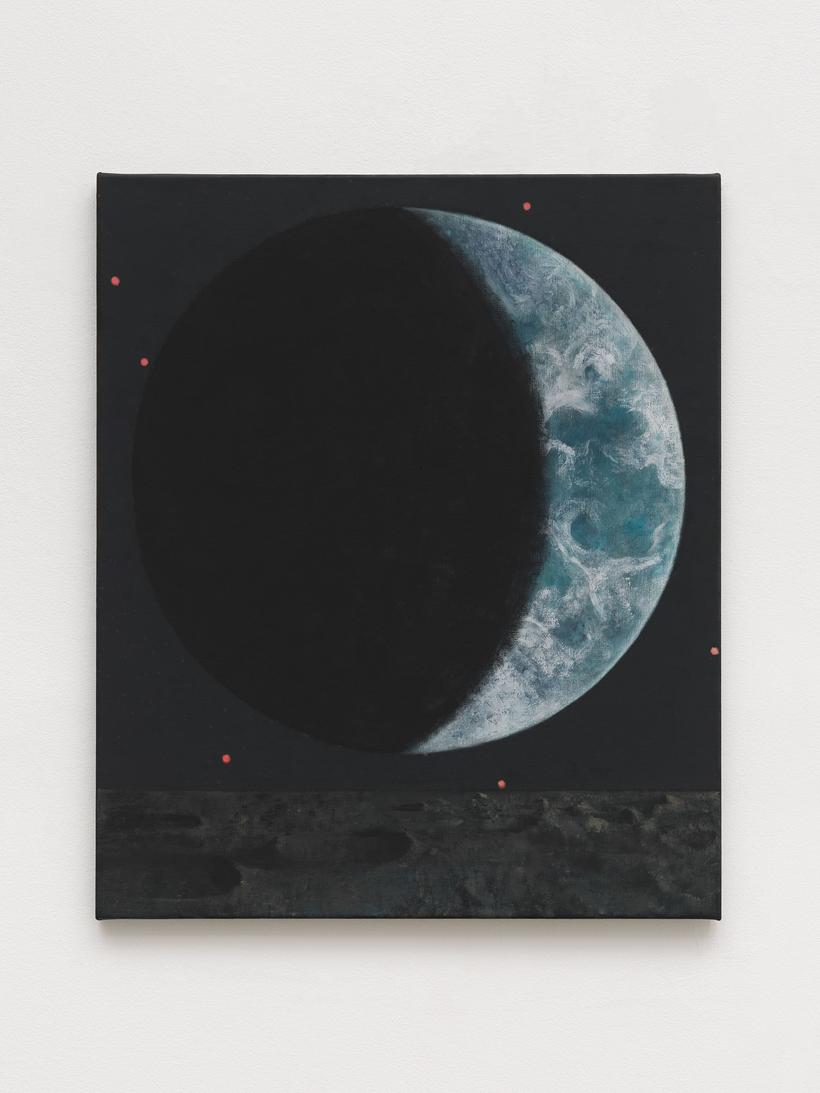 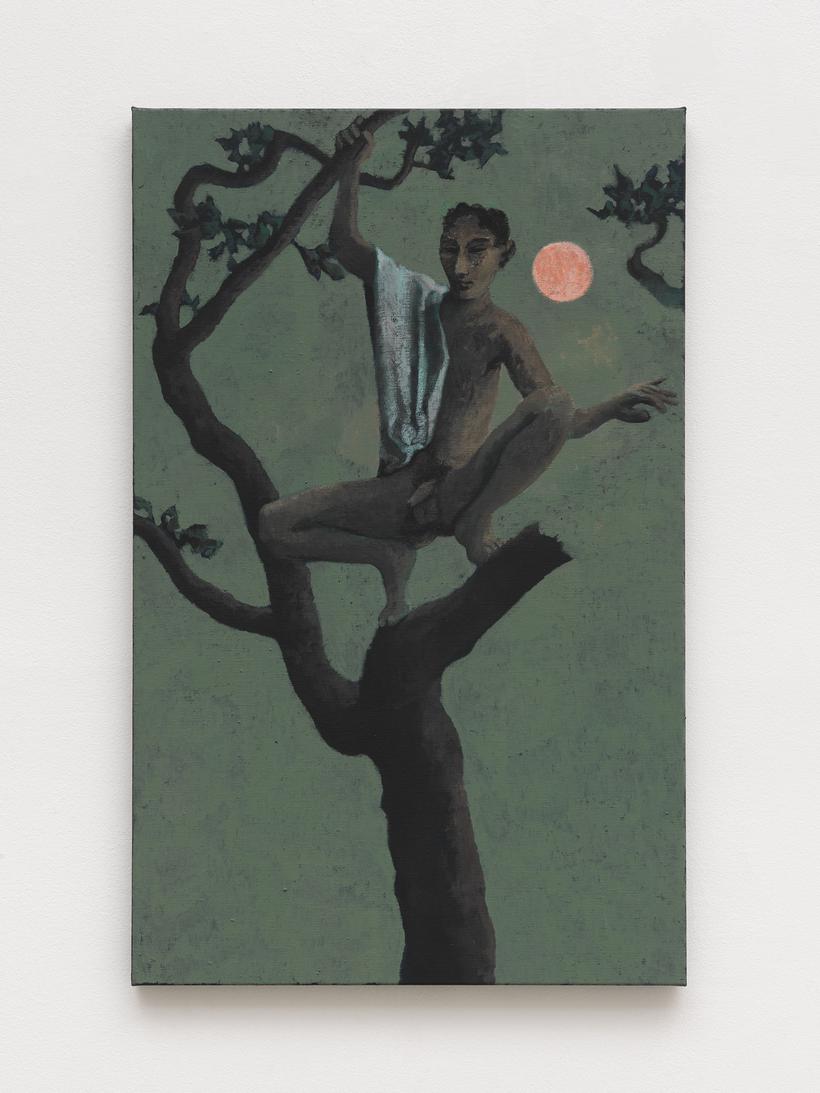 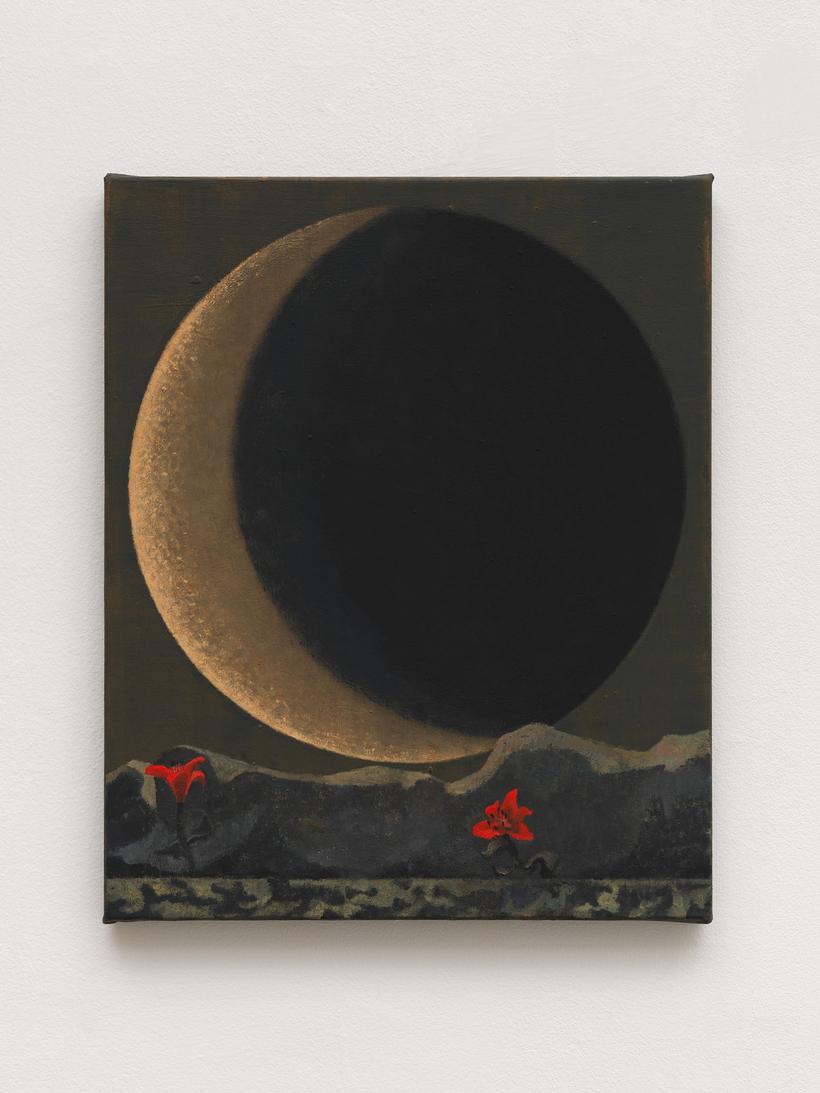 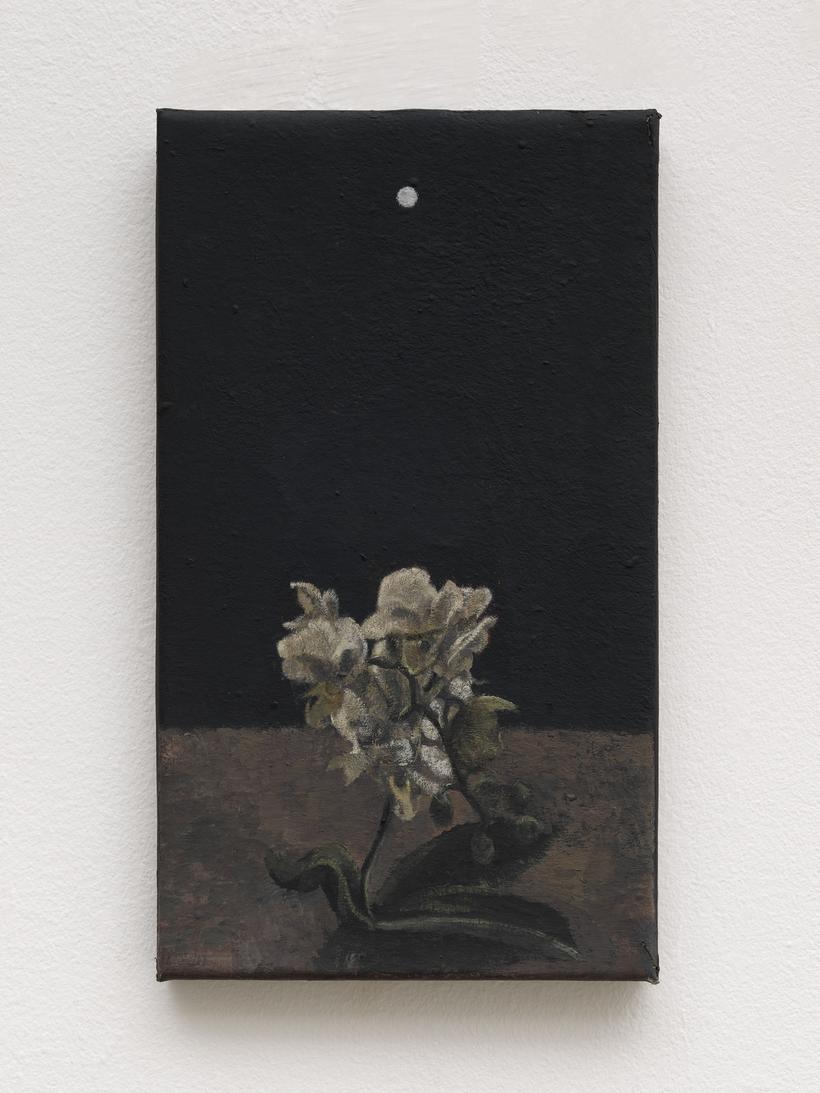 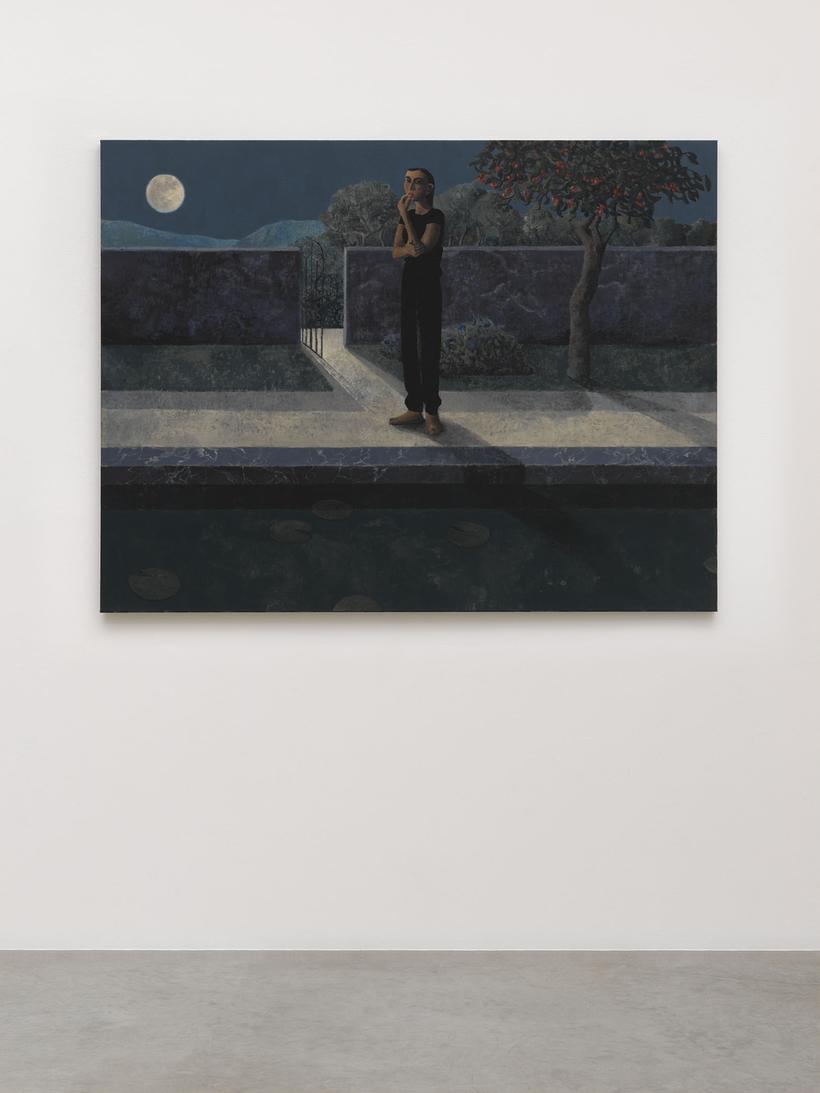 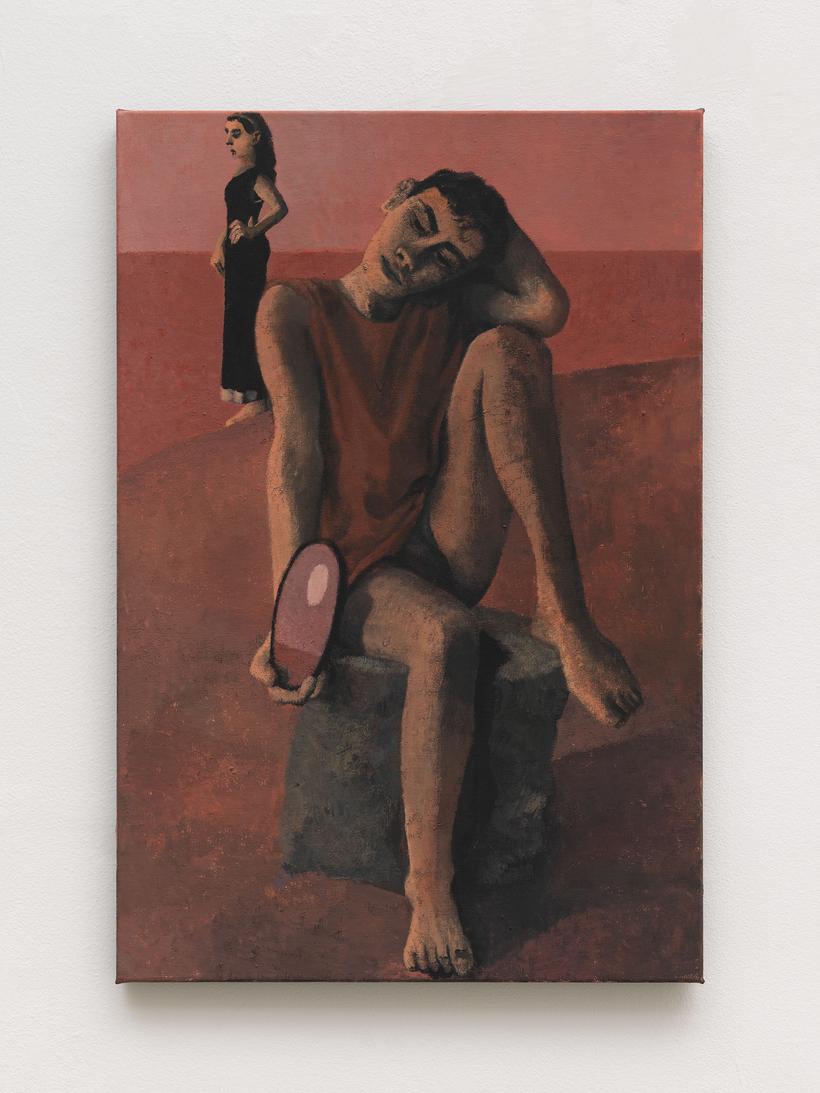 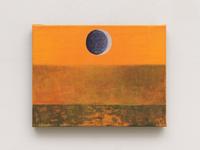 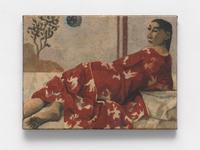