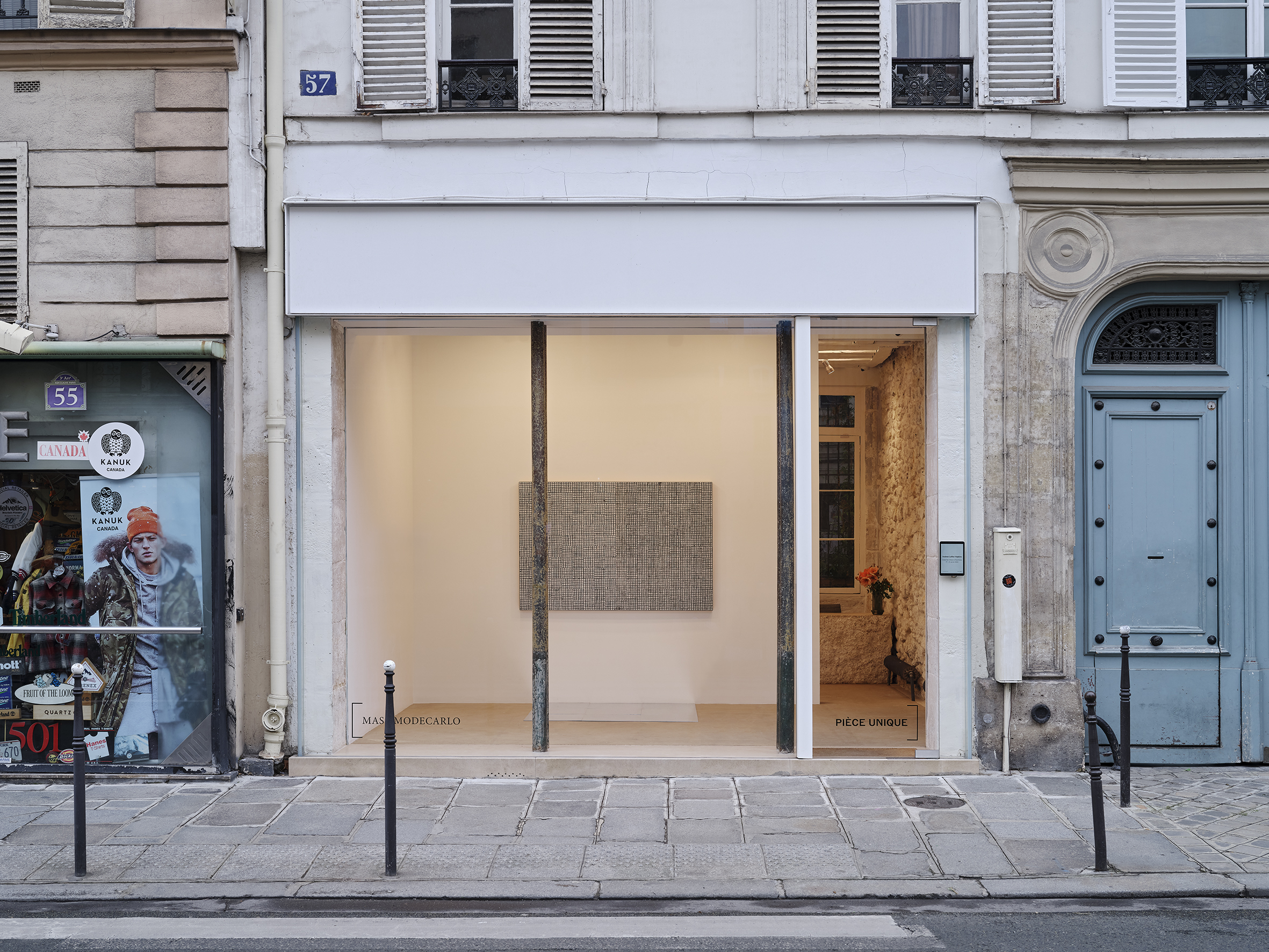 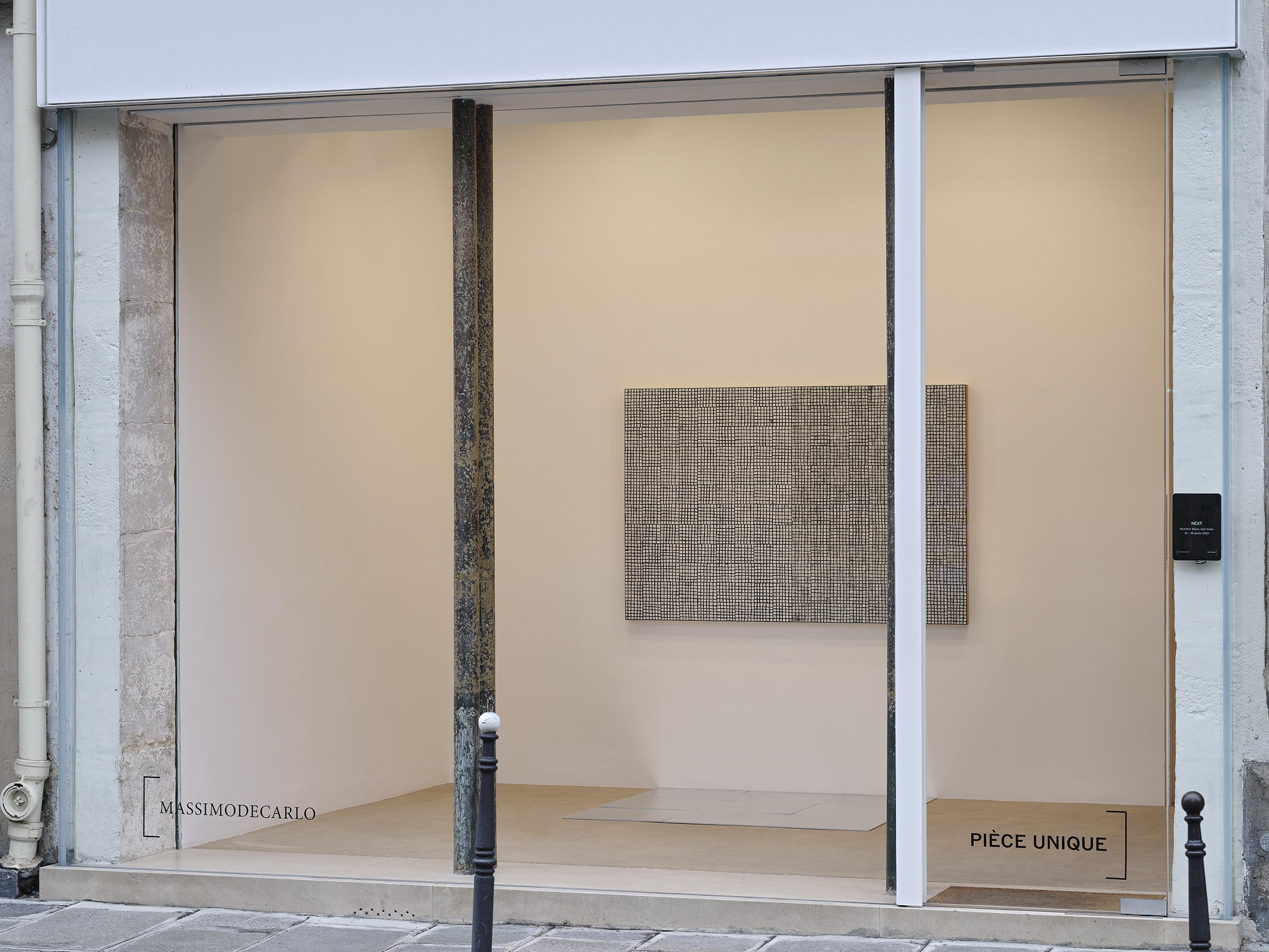 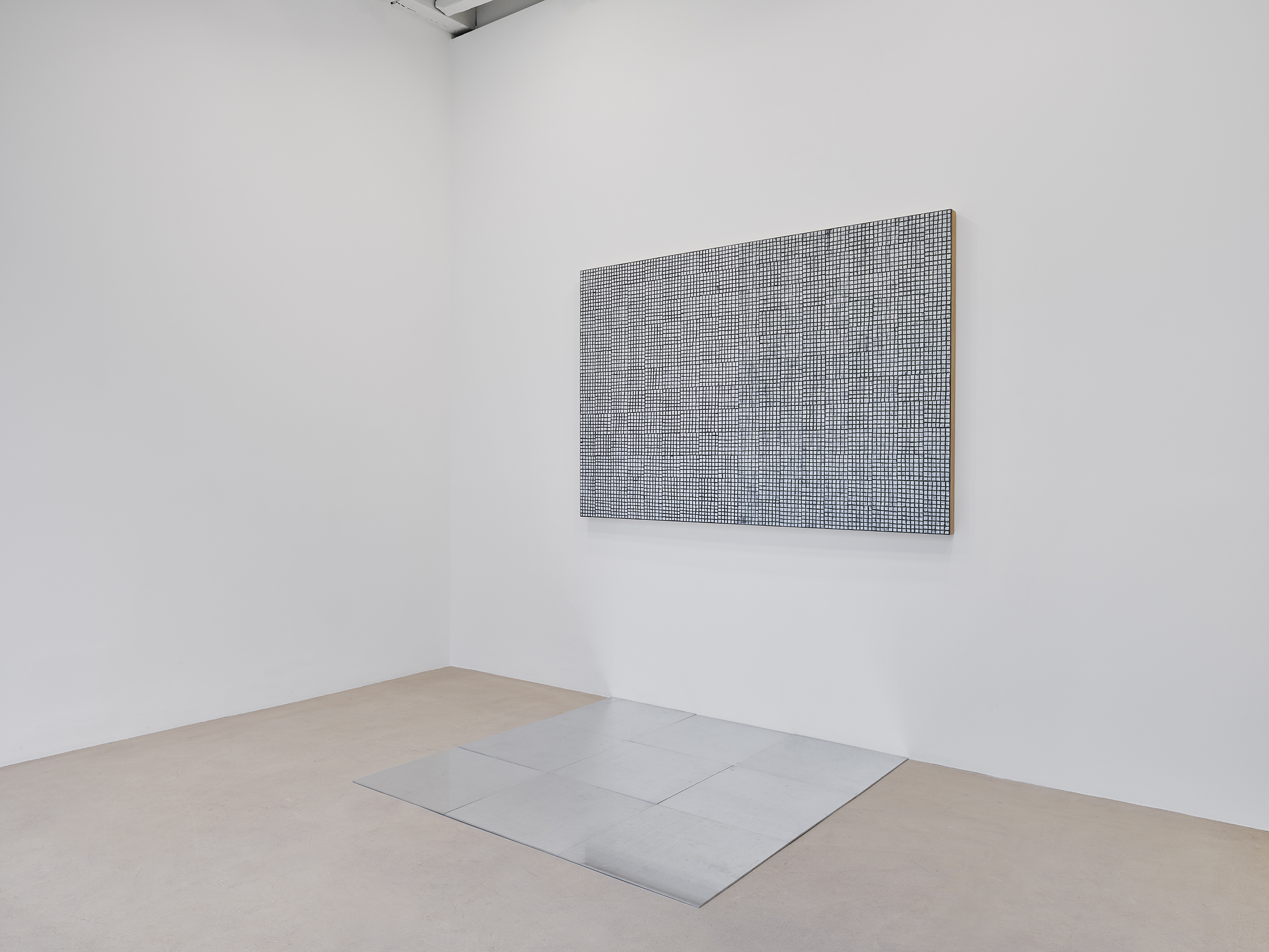 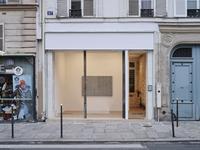 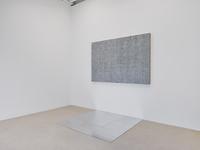 In 1973 McArthur Binion moved from Detroit to the heart of the minimalist art scene, New York. In the same year, his work was exhibited at Artists Space, New York, in a show curated by Sol LeWitt Carl Andre and Ronald Bladen.

Inspired by this encounter, in November 2021, at MASSIMODECARLO Milano, McArthur Binion – Sol LeWitt, showed Binion and LeWitt’s parallel practices in direct dialogue for the first time. With McArthur Binion – Carl Andre, we wish to again revisit this important, but overlooked, moment from minimalist New York. Shown side by side, Andre and Binion’s works share a strongly linear visual language: the formal investigation of the grid, geometry, and a preoccupation with the nature of the surface of a work of art, all offer points of comparison.

Carl Andre’s Ninth Aluminium Cardinal (1978), is a quintessential example of the now signature ‘Cardinal’ forms that Andre made throughout the 1970s. ‘Cardinals’ refer to the mathematical principal of cardinal numbers and consist of a number of square metal plates: “The number of units in the rows is always a prime; the number of units in the squares is always a square; and the number of units in the rectangles is always the product of two cardinals.” [Oktagon, pp 188-189]. Ninth Aluminium Cardinal was notably made by Andre in Japan, as part of his first solo exhibition in Japan at Art Agency Co., Tokyo in 1978. The use of 50cm large plates in the sculpture gives the work the presence and substance of Andre’s best work while its aluminium polished surface elegantly creates an interaction with the work’s environment beyond the surface of the sculpture, reflecting the light that hits it back out into its surroundings.

Visual: Ear (2022) is part of Binion’s ongoing Visual: Ear series, begun in 2021. A development from the DNA series, the works take as their underlayer, or as Binion refers to it as the ‘underconscious’, a piece of music titled ‘Brown Black X’ which he commissioned from his friend, the jazz saxophonist and composer Henry Threadgill whom he first met in New York in the mid-70s. Though the Visual:Ear series as it is now is a recent endeavour, Binion first began trying to visualize how he heard music while studying at Cranbook Art Acamdey and has used the terminology ‘visual ear’ since 1973. Jazz was an important feature of Binion’s life during the 1970s in New York, and he counts his art as ‘com[ing] from the same place’ as his jazz musician contemporaries. The Visual:Ear series, like the use of his 1970s address book in the DNA series, conjures a particular insight into Binion’s experience of the 1970s in New York, illustrating the music that provided the background to his daily life.

MASSIMODECARLO Pièce Unique, a space first opened by iconic gallerist Lucio Amelio, designed with Cy Twombly, in Paris in 1989, aims to respect and recast its Twentieth Century beginnings and initial concept into the present day, establishing the longevity of this historical project and infusing it with a new perspective.  Showing two works, a new painting by Binion inspired by his life in the 1970s and an existing work by Andre, in conversation within this space  honours a similar aim, drawing on historical encounters, and making it relevant to dialogues in art today. 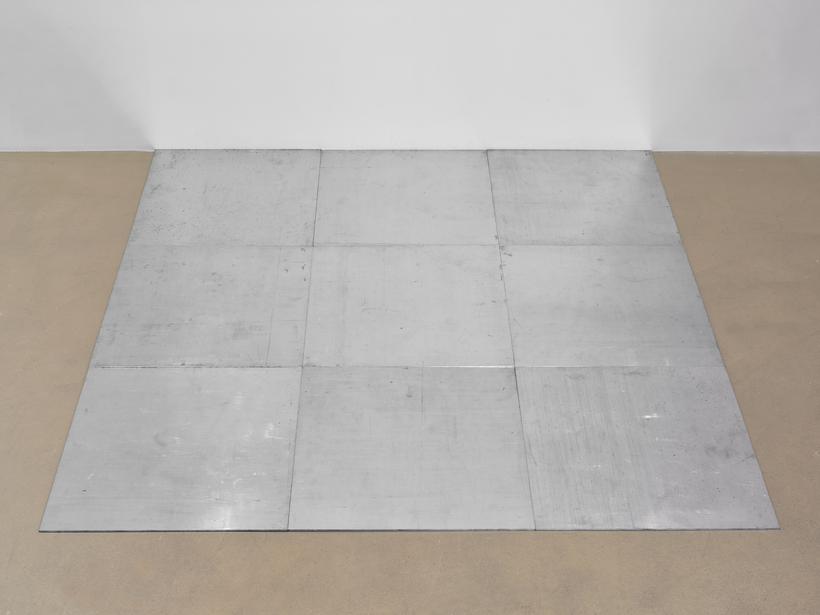 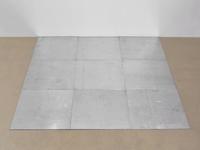 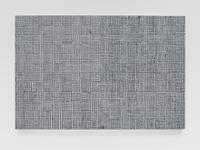