DOWNLOAD THE APP TO EXPERIENCE VSPACE WITH OCULUS QUEST

“…This time it is not I who seek it out. It is this element which rises from the scene, shoots out of it like an arrow, and pierces me…”

A beautiful encounter starts when the female protagonist meets the dazed male protagonist on the edge of the cliff. This is a scene from Alfred Hitchcock’s film Rebecca. After the opening scene, the first thing that appears on the screen is the confused face of the male protagonist, staring at the bottom of the cliff, seemingly driven by a powerful force, and waiting for the call of a certain miracle to jump down. With the ups and downs of the music and the tension that had been accumulating along the way, the heroine came and saved the life of this unlovable person.

Ironically the two characters that appear most frequently in the film does not include the main protagonist -- Rebecca -- in fact, she does not appear in the film at all. What is the director’s intention? Let’s not delve into this issue and focus on the ideation instead: suppose that in the real world, we need a bridge to be built between two lands. The construction can be roughly divided into two parts. The main part is what spans across two lands. This is also the most important part, independently existing between the two islands and playing the supporting role. The second part is the bridge approach connecting the lands and the main bridge – the lead. Its purpose is to connect the main bridge and the embankment, as “a transition between the bridge and the road”.

As I believe, art is the shortest distance between people. An artwork is like a bridge between the author and the viewer, or between one viewer and another viewer. It is a form of communication, a language, which can be read and visually attracted. The lead, therefore, constitutes part of the work, or the order in which it is viewed.

Several leads can appear in the same painting. There are connections among them, just like a city has several city centers, and each city center has different landmarks. Hence, the lead can be divided into primary and secondary. As the theme of this article, lead remains secondary in an artwork.

Although it is the first to be observed, it is not the focus of a picture, but a trigger that assists viewers to appreciate the works. This is reflected in most of Turner’s works, whereas flags, masts, or figures are described as secondary, but as the sky and waves are relatively abstract, they become important references. Without these concrete forms, viewers cannot identify the terrific waves. The lead provides a clue, or a guidance.

Lead is also present in abstract works. In Robert Motherwell’s works, it is proved that in human vision, we always see light and shade, or black and white at the first stance, followed then by color. For Per Kirkeby, the most contrasting part is often seen first, such as black lines on a bright yellow background, or a small amount of fleshy pink patches under green bushes. They are like a sharp sword penetrating the viewer’s retina, while following the change of color scales to the deepest of the viewer’s brain.

In Camera Lucida Roland Barthes names the details deviating from the theme in a photo as punctum, that is, details with the superior value that can change viewers’ attention. A punctum breaks the rigid state of the image and makes it refreshing. However, compared with the subject’s studium, the punctum is extra.

In music creation, there is a similar but not completely consistent concept, namely motivation:

“The word ‘leading motivation’  originates from the French term  ‘leitmotif’, meaning the main theme. It is also called “Idée fixe”, referring to motivation, or a recurring theme formed by short music clips (usually a melody of one or two bars) that runs through the whole work.”

“... not only that, they can also develop, add new features, and transform into a transition. The transition must have a purpose, like a bridge, so that it leads from one side of the river to the other.”

In the following two years, he further clarified that if motivation could not develop and change, it should not appear in the works and should not be used only for musical structures. This seems to disagree with Roland Barthes on the extra in photography. But what they have in common is that they use details to connect every part of the work. The connection is both contradictory and unified, and forms a hierarchical relationship in the “confrontation, separation and intervention”  between various parts.

In film art, I believe that an excellent actor not only has to interpret the role in place, but also needs to be the spokesperson of the audience, to express the audience’s feelings. By establishing a connection between the audience and the characters, he/she becomes a lead between the audience and the film. In Lou Ye’s A Night in the Spring Breeze, the moment Qin Hao’s character was attacked by the victim’s wife, the corner of his mouth raised helplessly and he let out a “hey” sound, which seemed to imply an indescribable emotion. Everyone will react the same at this moment. Such a performance mirrors the viewers.

A work without a lead is like a magician performing with his back to the audience. Although there is still a sense of magic occasionally, the audience is not clear about what is going on. An excellent magician will fully show the ordinary props to the audience before the performance. The importance is to use things that everyone recognizes from daily life as a connection with the audience, thus making the magic more magical.

Hitchcock sets up multiple leads in Rebecca. Rebecca never appeared, but this had no impact on the audience’s perception of the character, instead it created a more mysterious and open image. Paintings are not like films or articles as they have  linear reading limitations, but in the human vision, there is focus and virtual focus. Often the out of focus, the part ignored by the viewer, the implicit part is the main body that best reflects the author’s character and style, and is therefore valued by every vigilant creator. It is these instinctive, perceptual, and illogical brush strokes that constitute their innate charm. 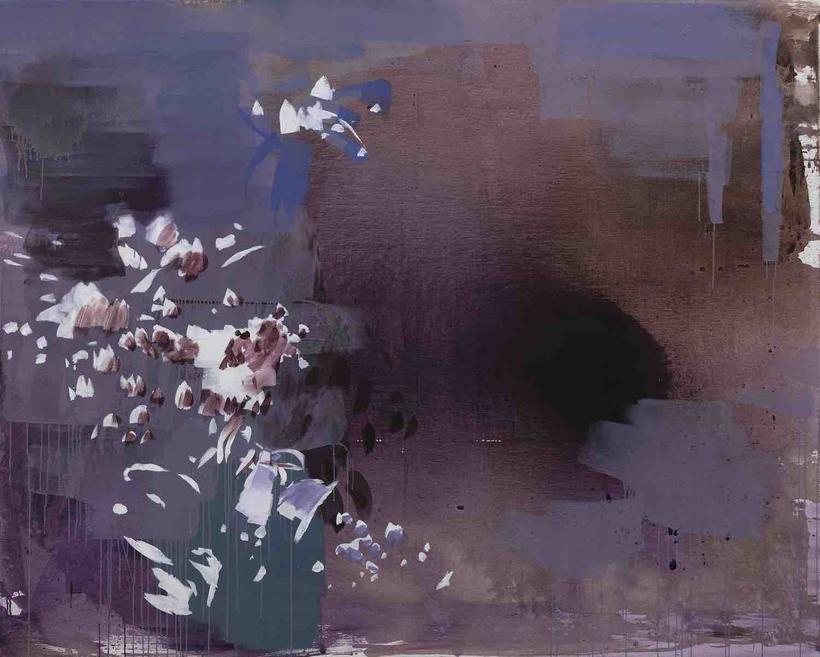 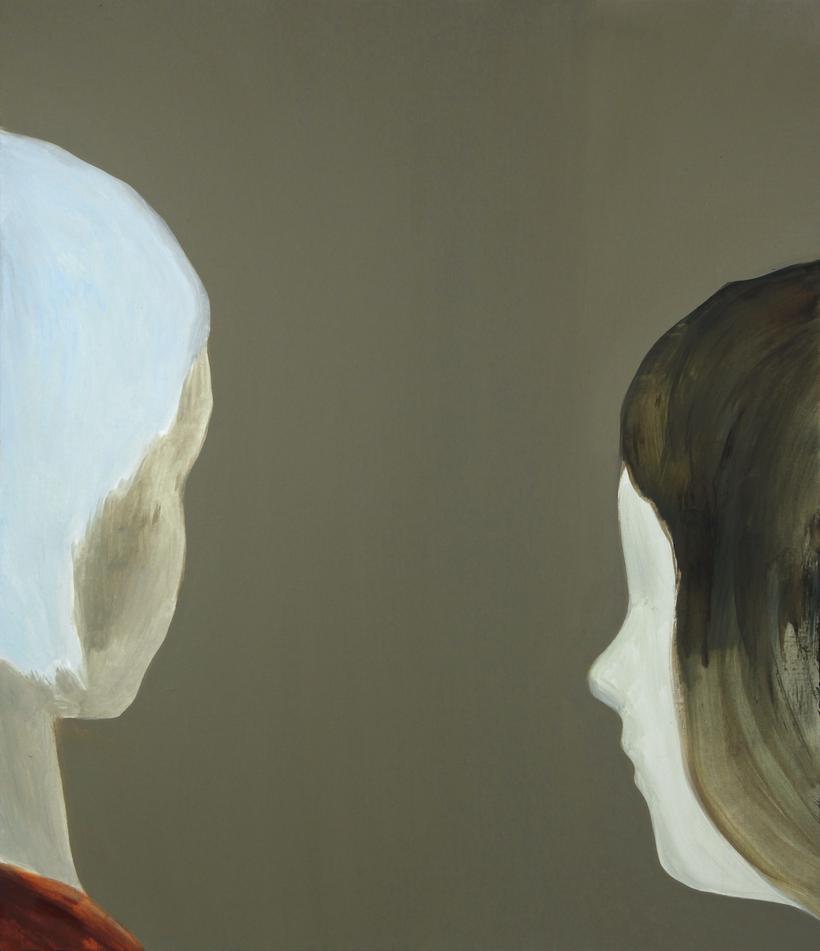 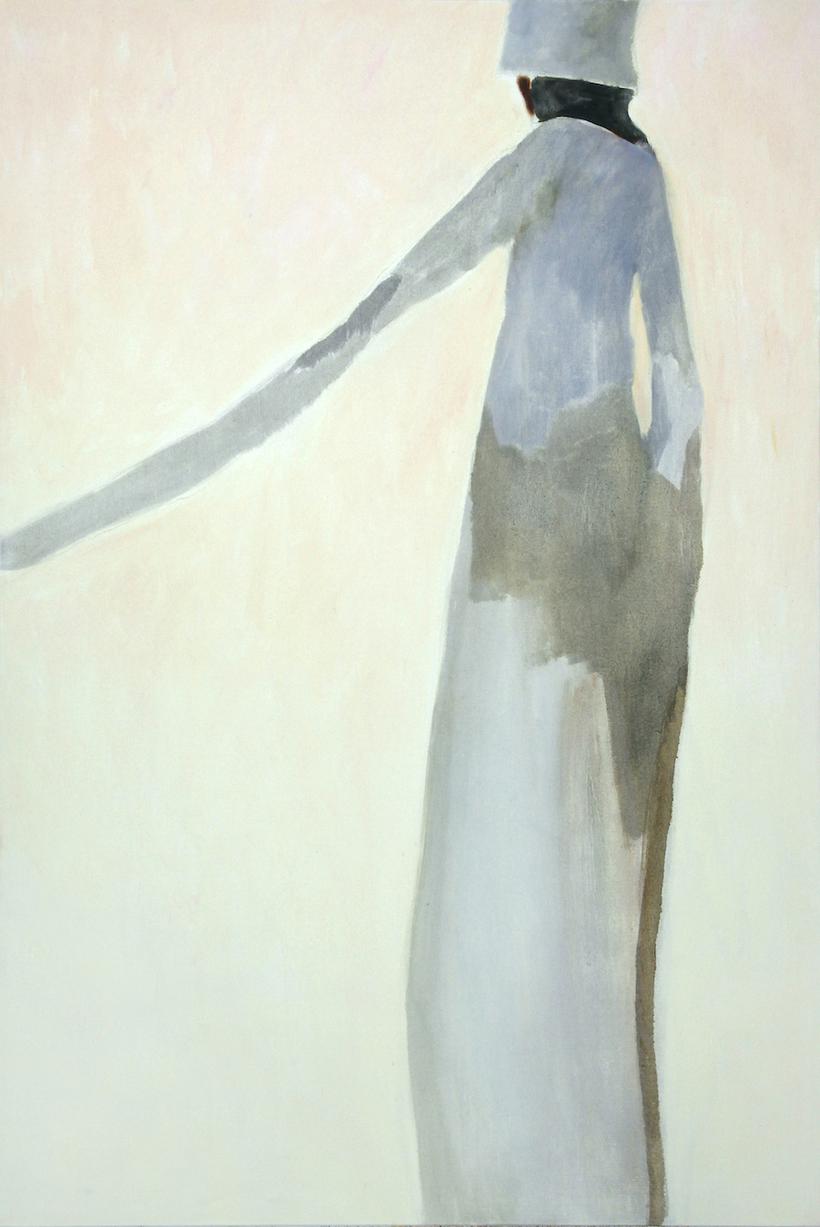 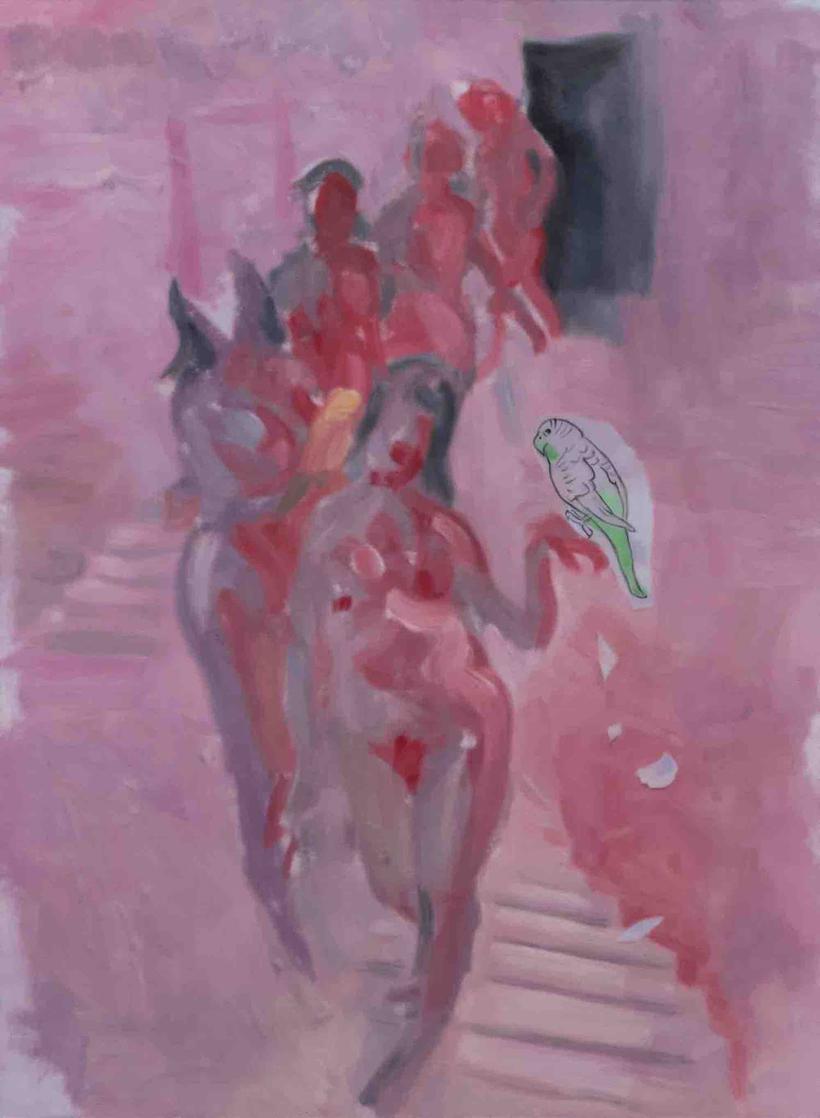 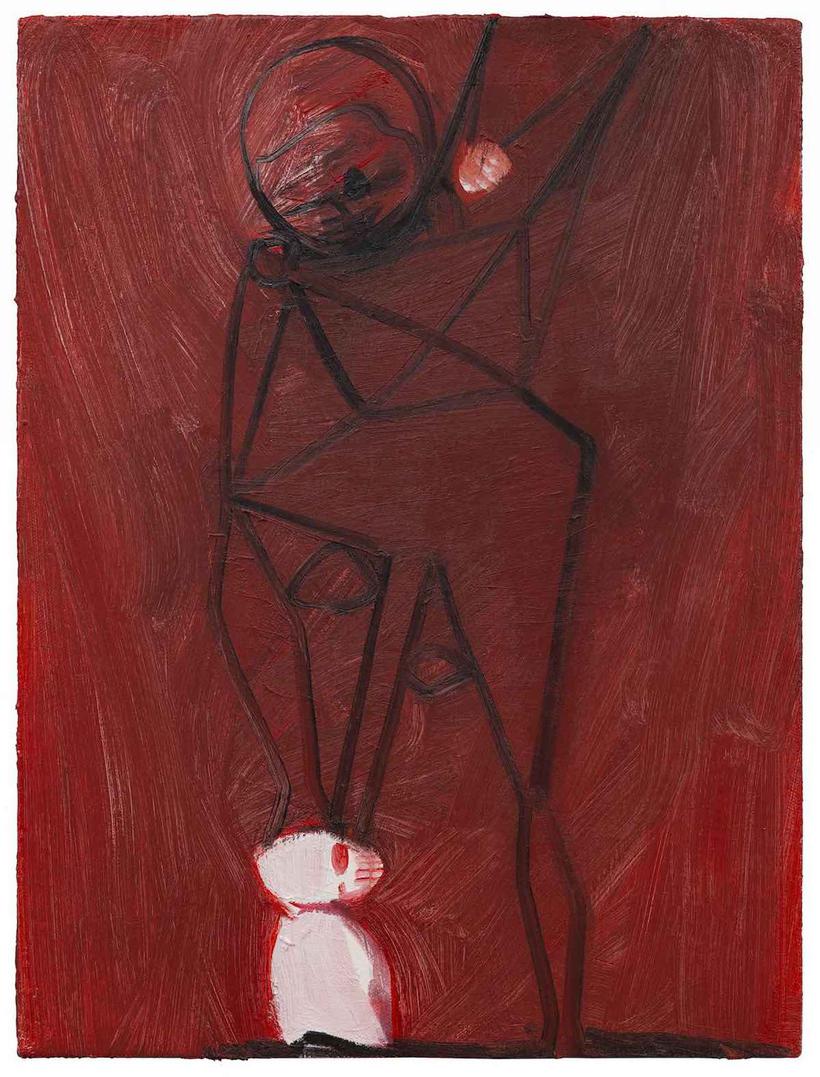 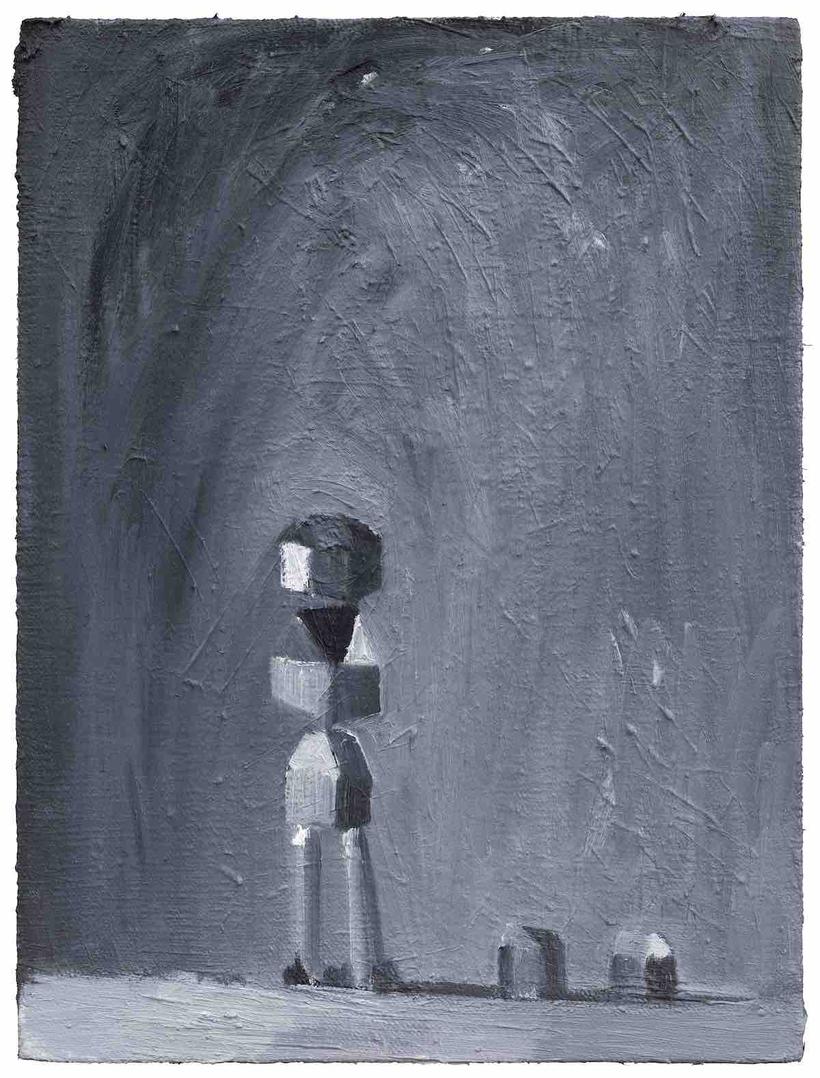 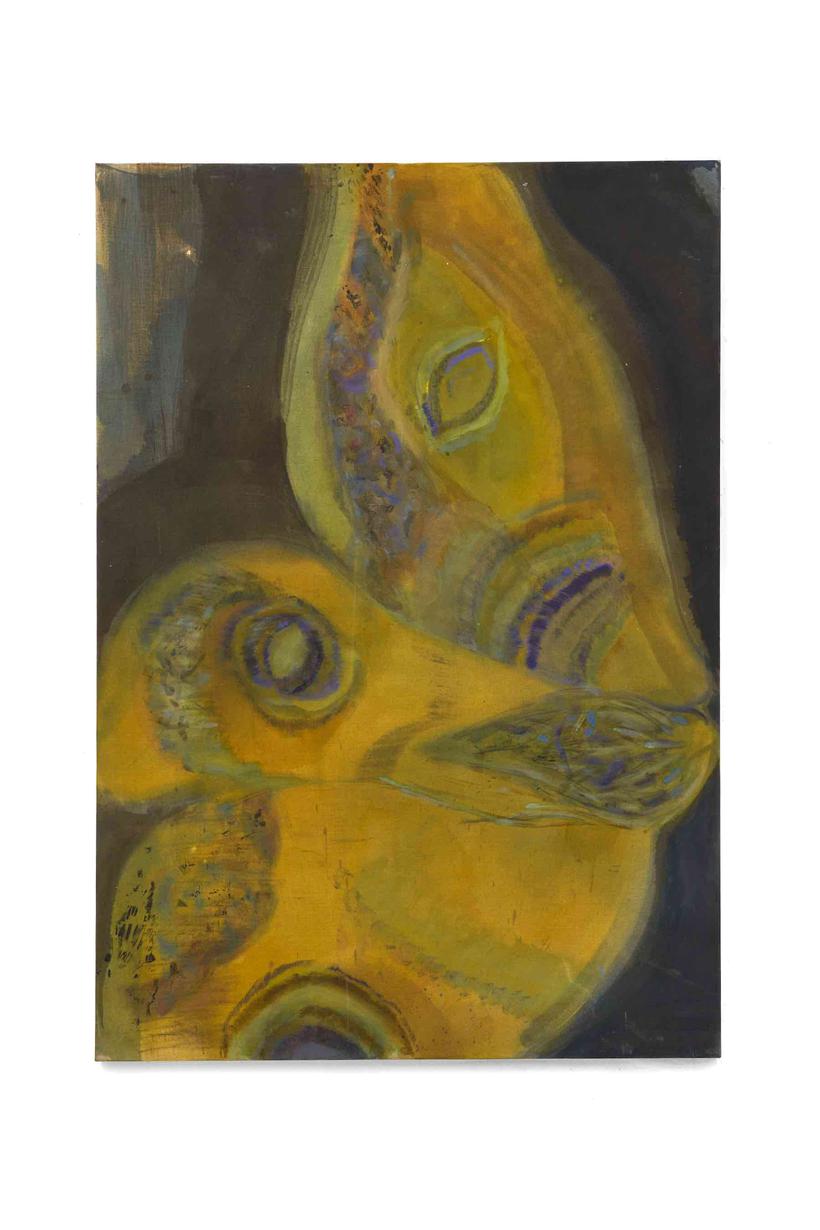 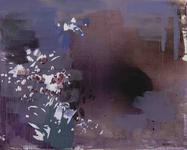