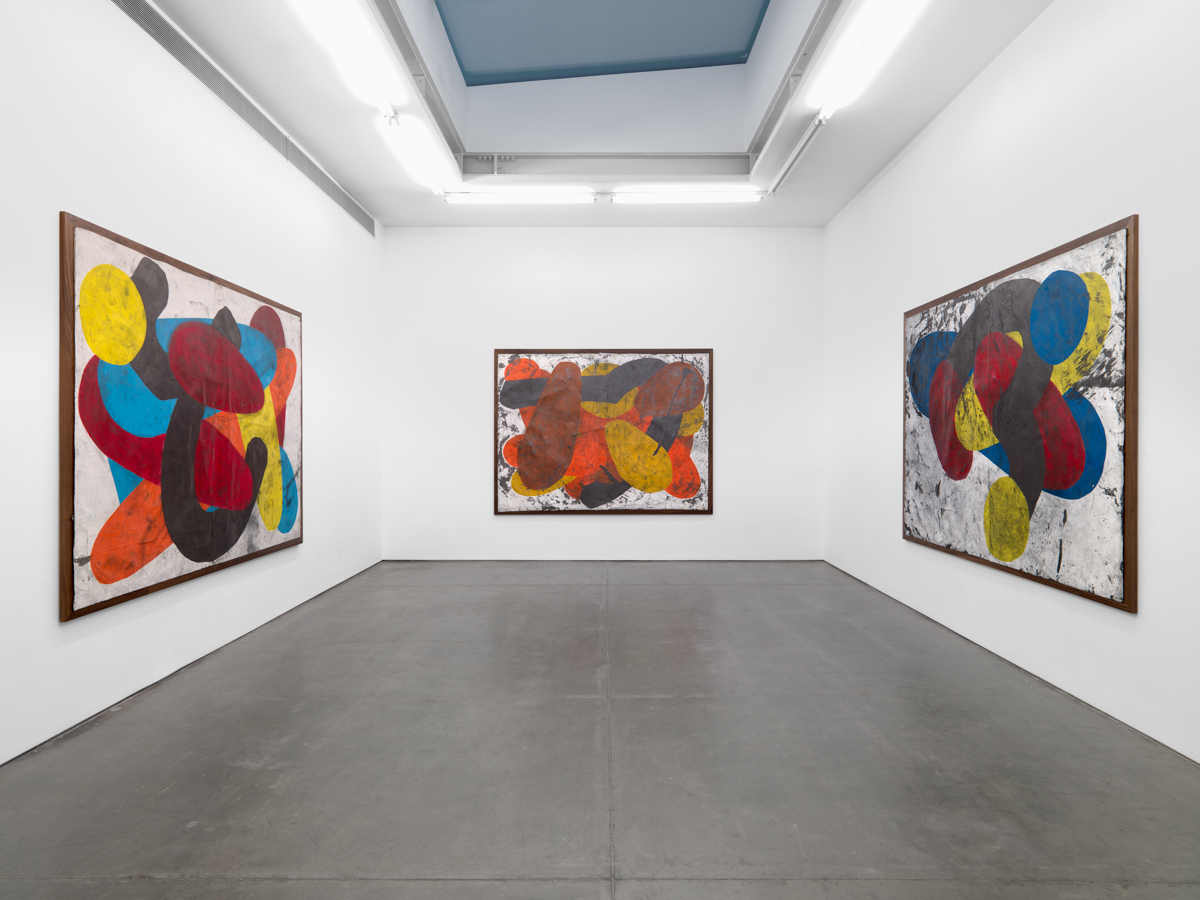 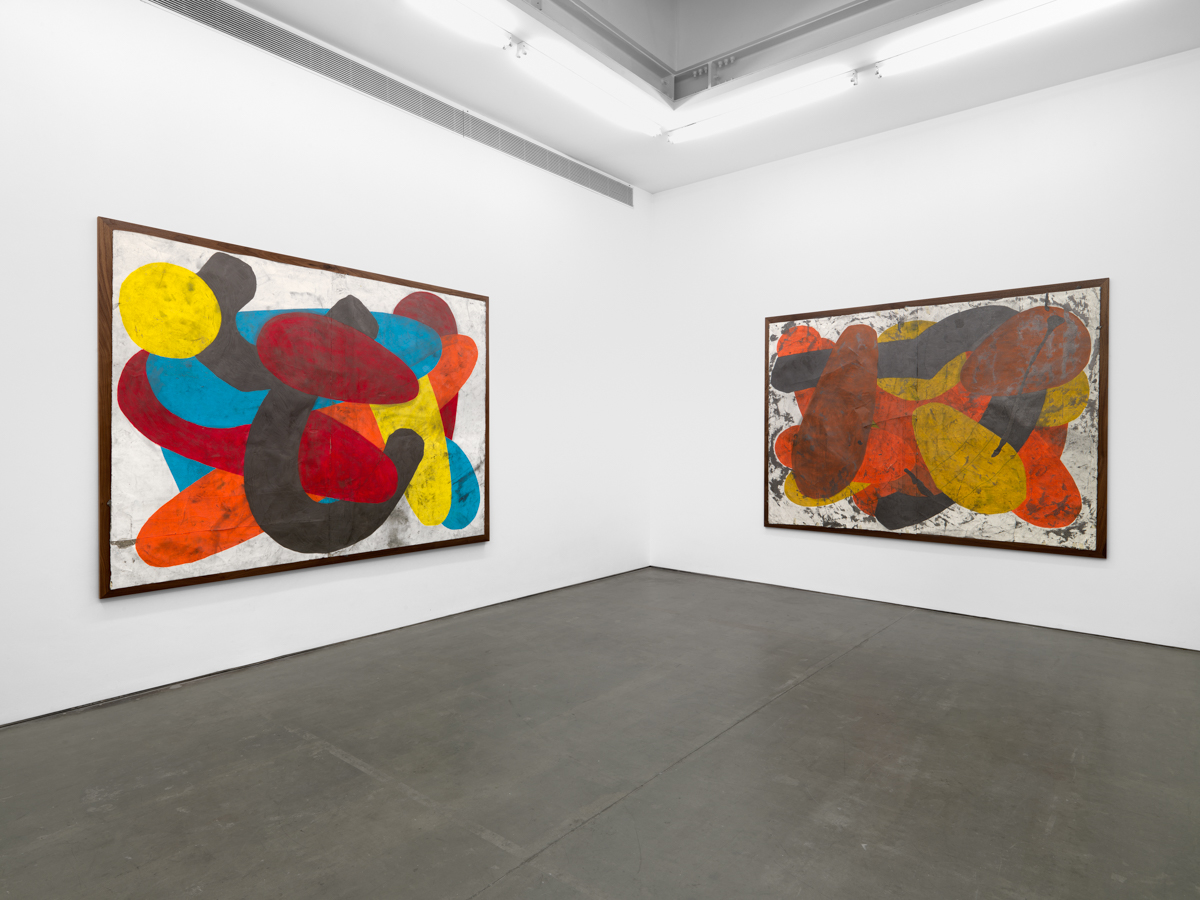 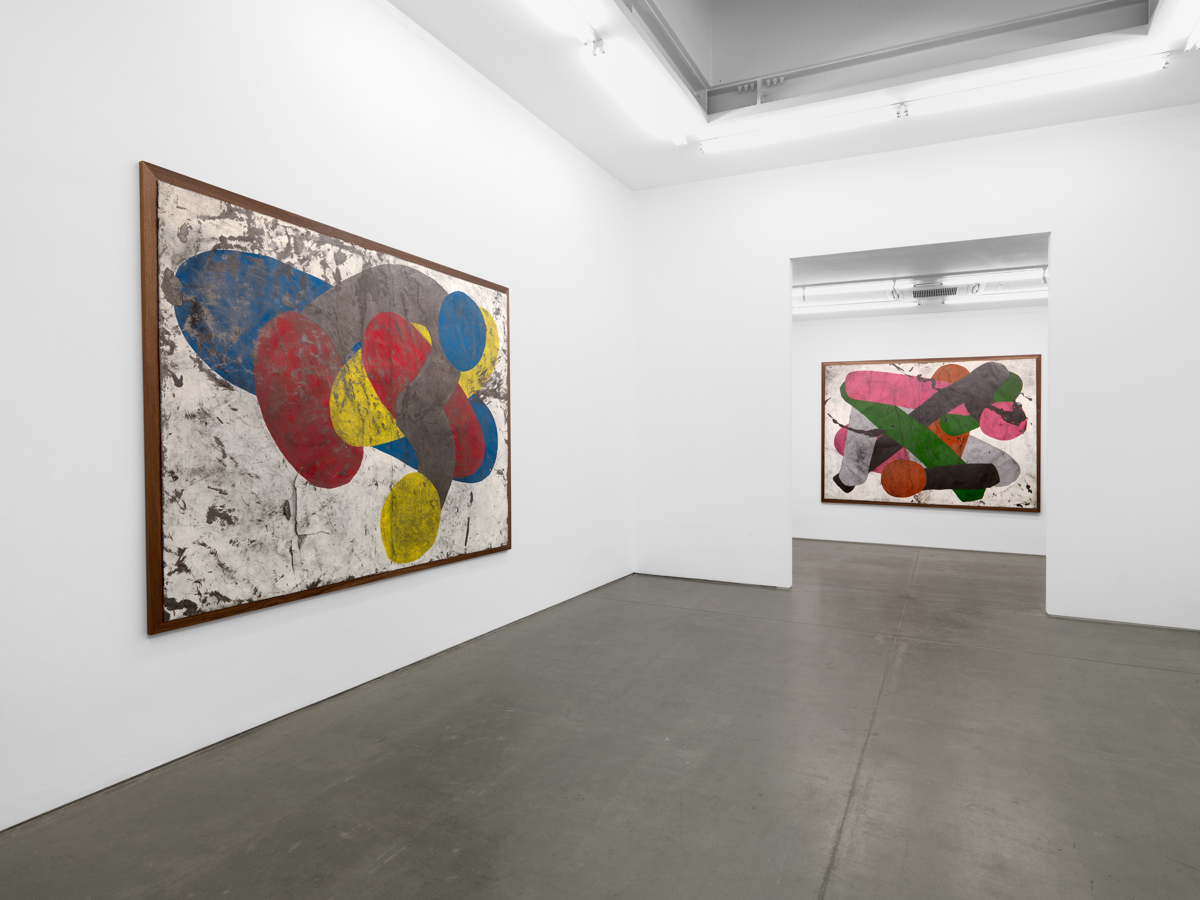 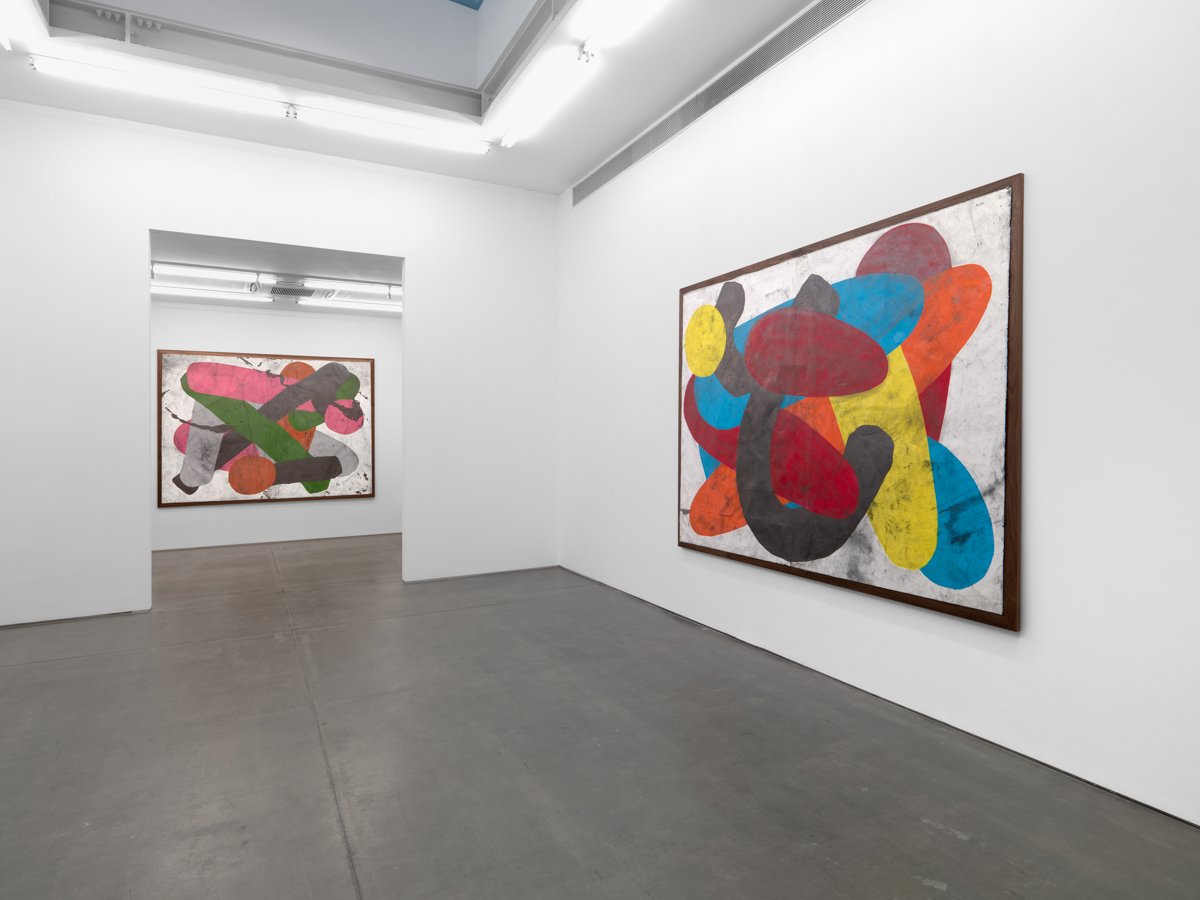 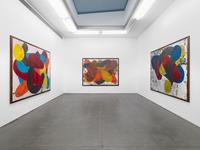 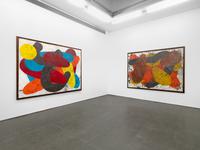 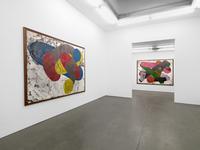 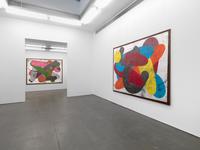 Continuing to explore the Gregg Shorthand system and its connection to sound and language, Lewis uses shorthand notation that translates sounds into curving and bisecting lines. Lewis develops his exploration of ontology and the epistemology of language into a wider investigation that reflects upon the hierarchical systems within society and the complexity of the black American experience. The Gregg Shorthand system is a light-line stenography consisting of a phonetic shorthand based on elliptical and bisecting lines, invented by John Robert Gregg in 1888. It was the most popular form of pen stenography in the United States and is still in use today, albeit less so than before due to mainstream digitalization.

Each drawing starts with a graphite symbol which is the foundation of his biomorphic compositions. The repeated colour scheme (red, yellow, blue, and green) is reminiscent of childhood building blocks to provide a simple, direct contrast between the shapes as they are formed in response to the pre-existing Gregg Shorthand graphite form. The titles of the works - "Also" , "Distrain" , "Noise", "Yourself" - reflects the meaning of the glyphs on paper. The poetics of this work is woven into Lewis’s exploration of drawing and language as forms of abstraction. The gestural lines appear as abstract mark-making to those unable to read stenographic script. However, each word in this series delineates a message about identity, race and communication, often referencing historical facts or current events.

Tony Lewis uses his drawing as a tool to investigate the presence and role of language today, conveying a message that is hidden in plain sight. 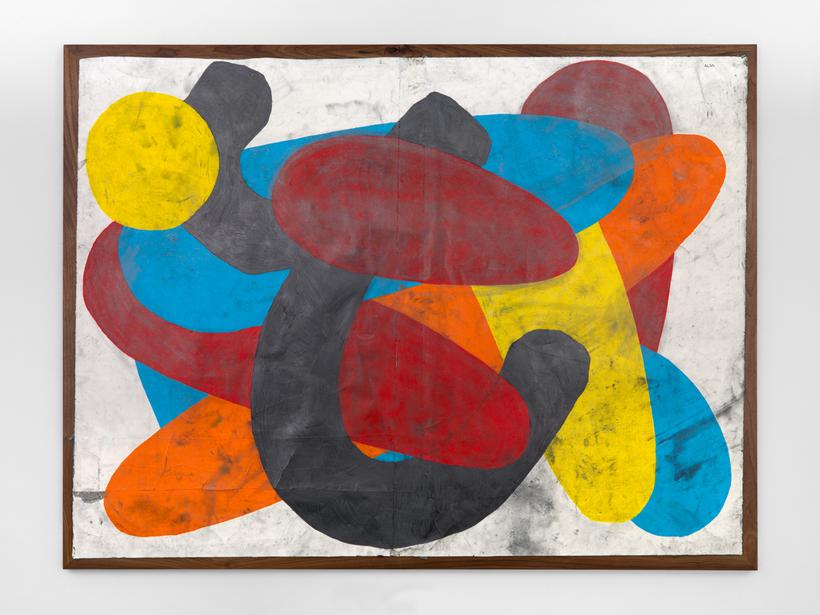 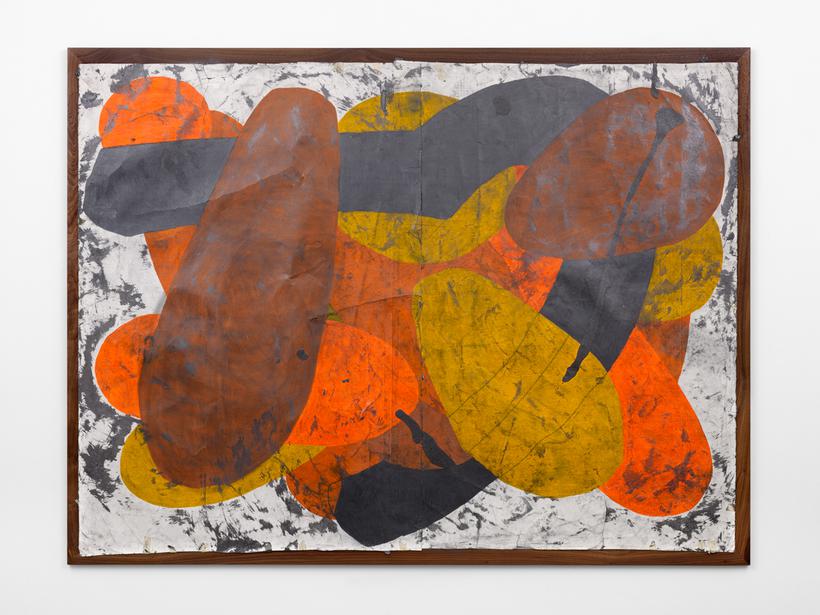 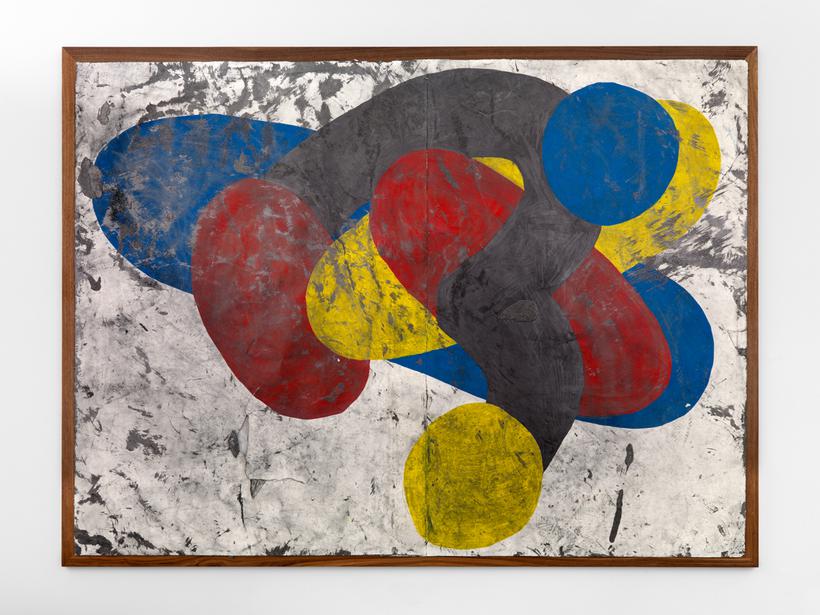 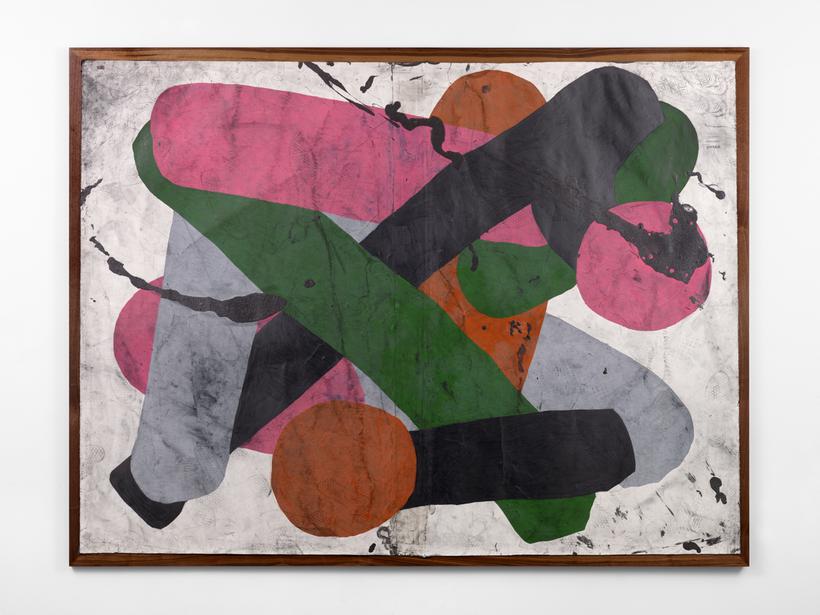 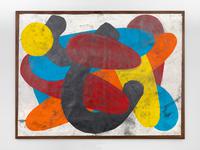 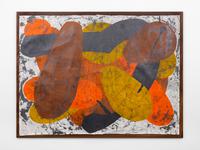 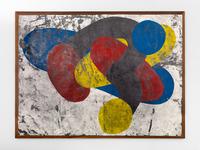 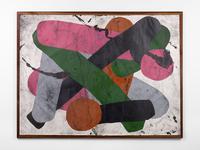