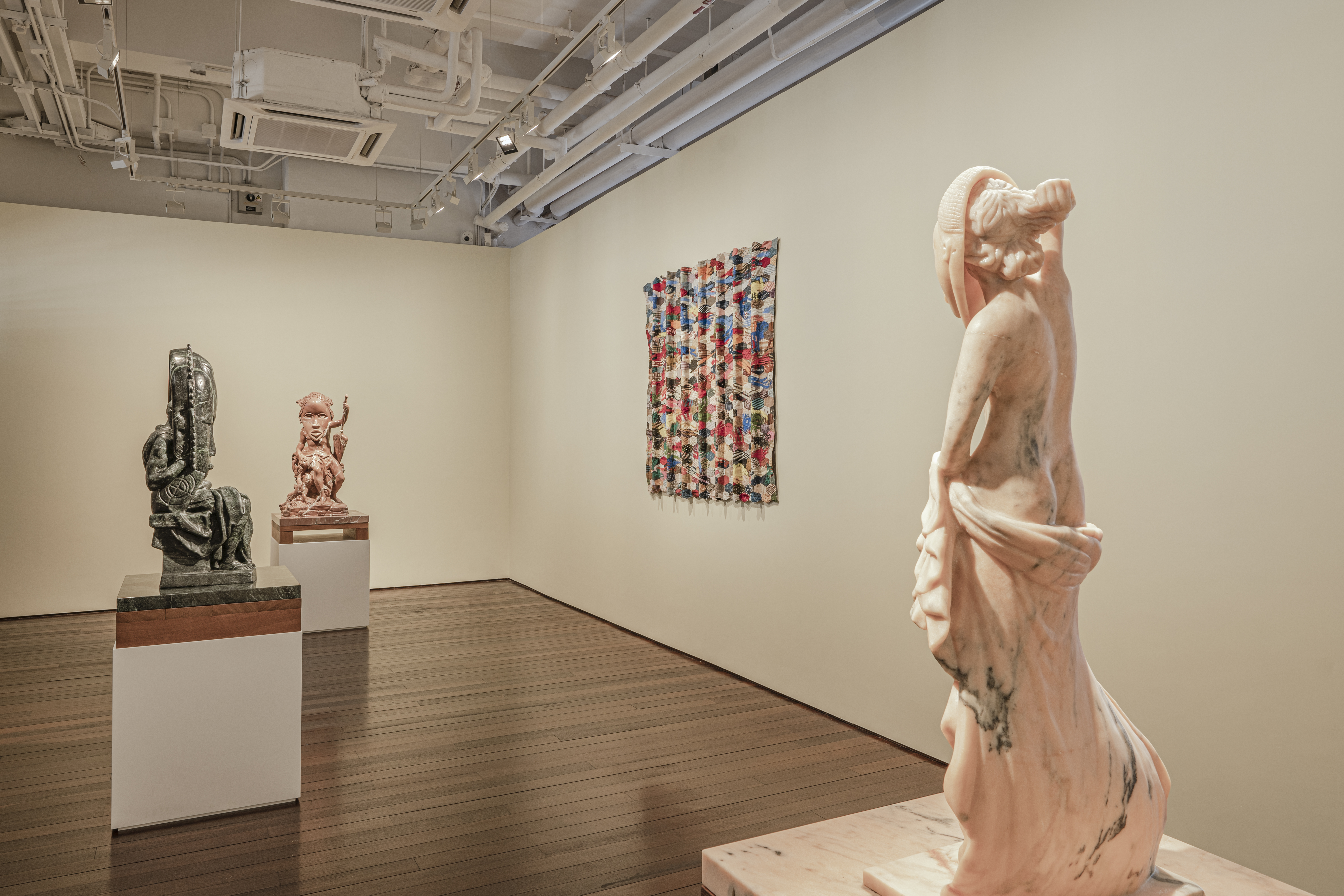 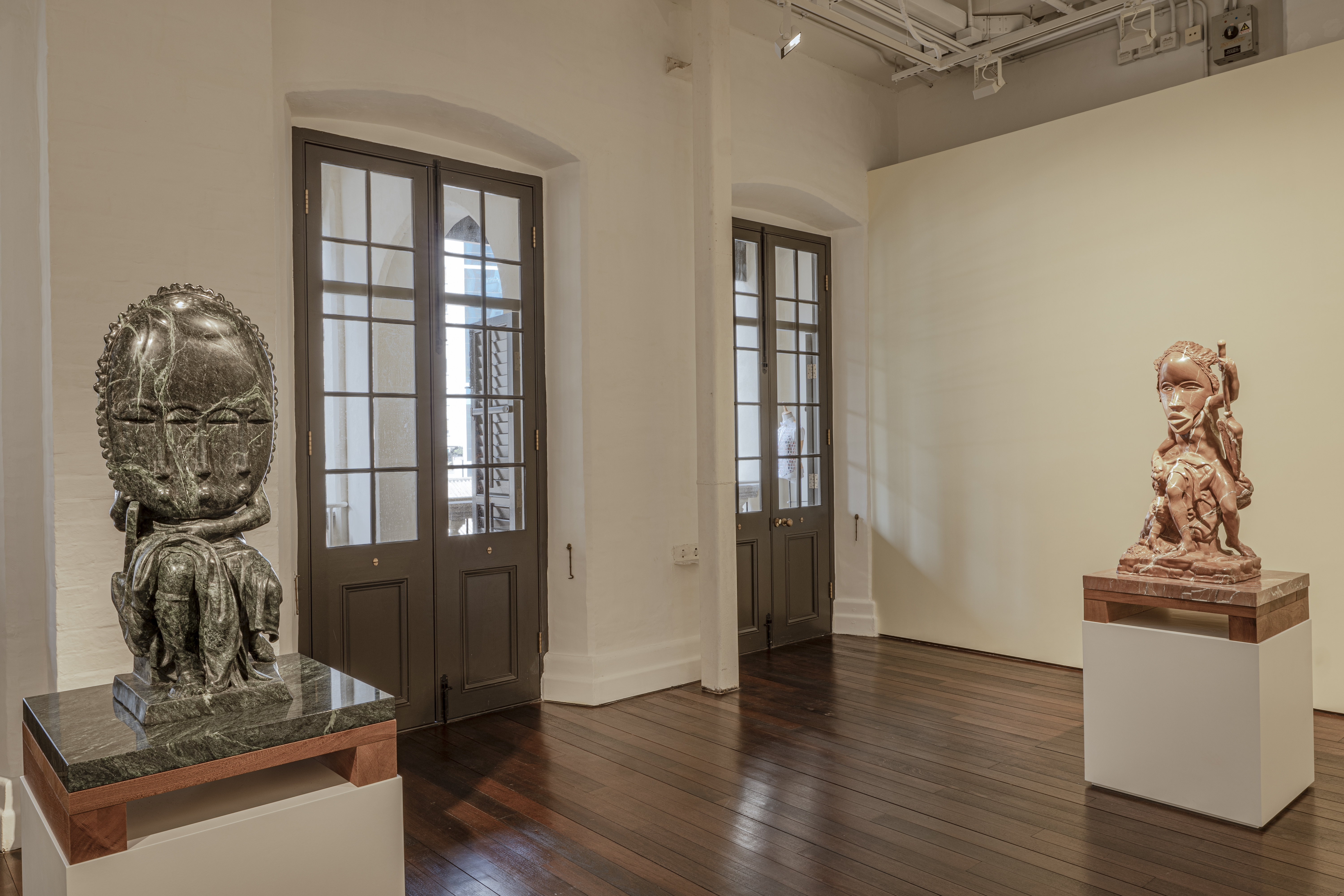 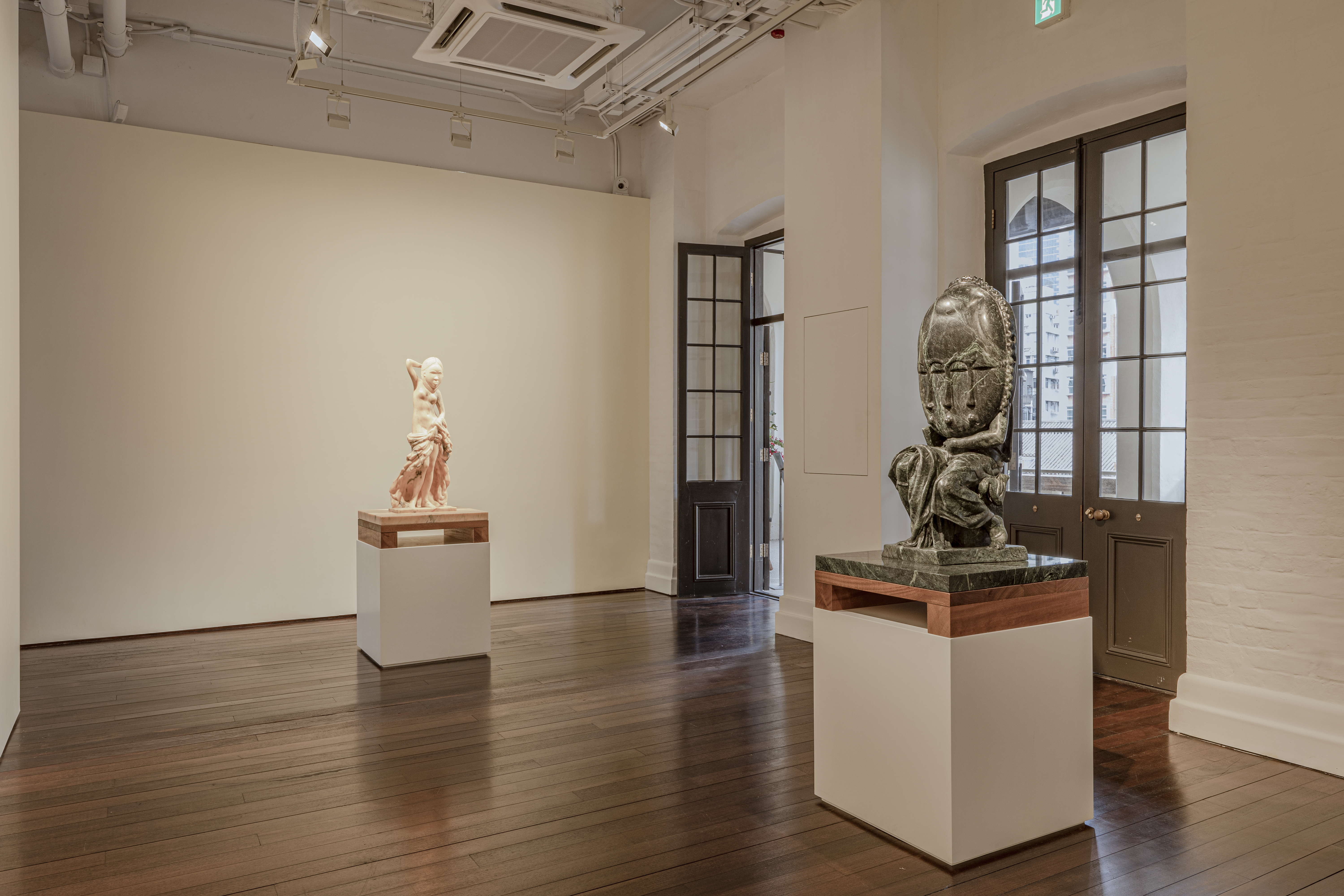 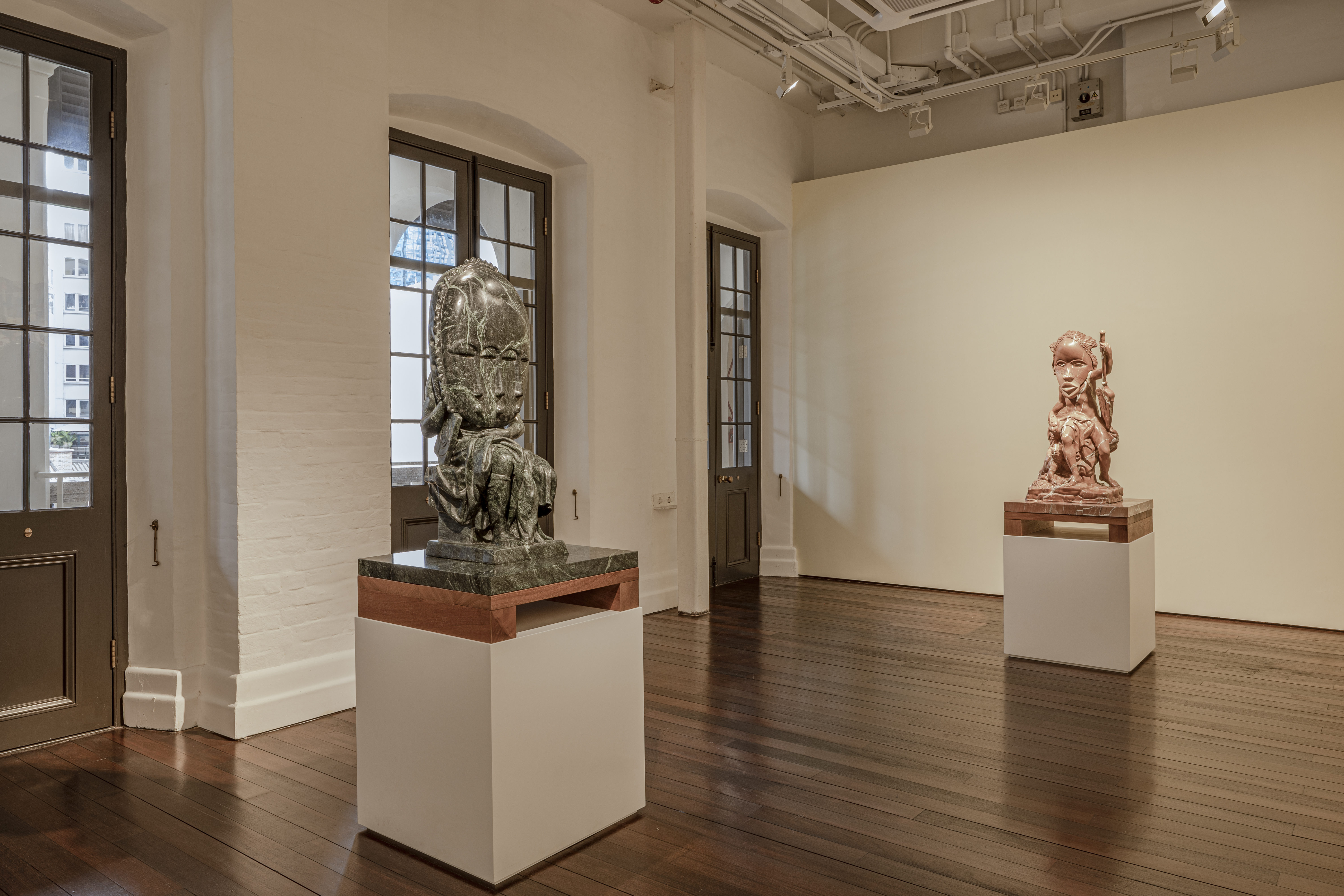 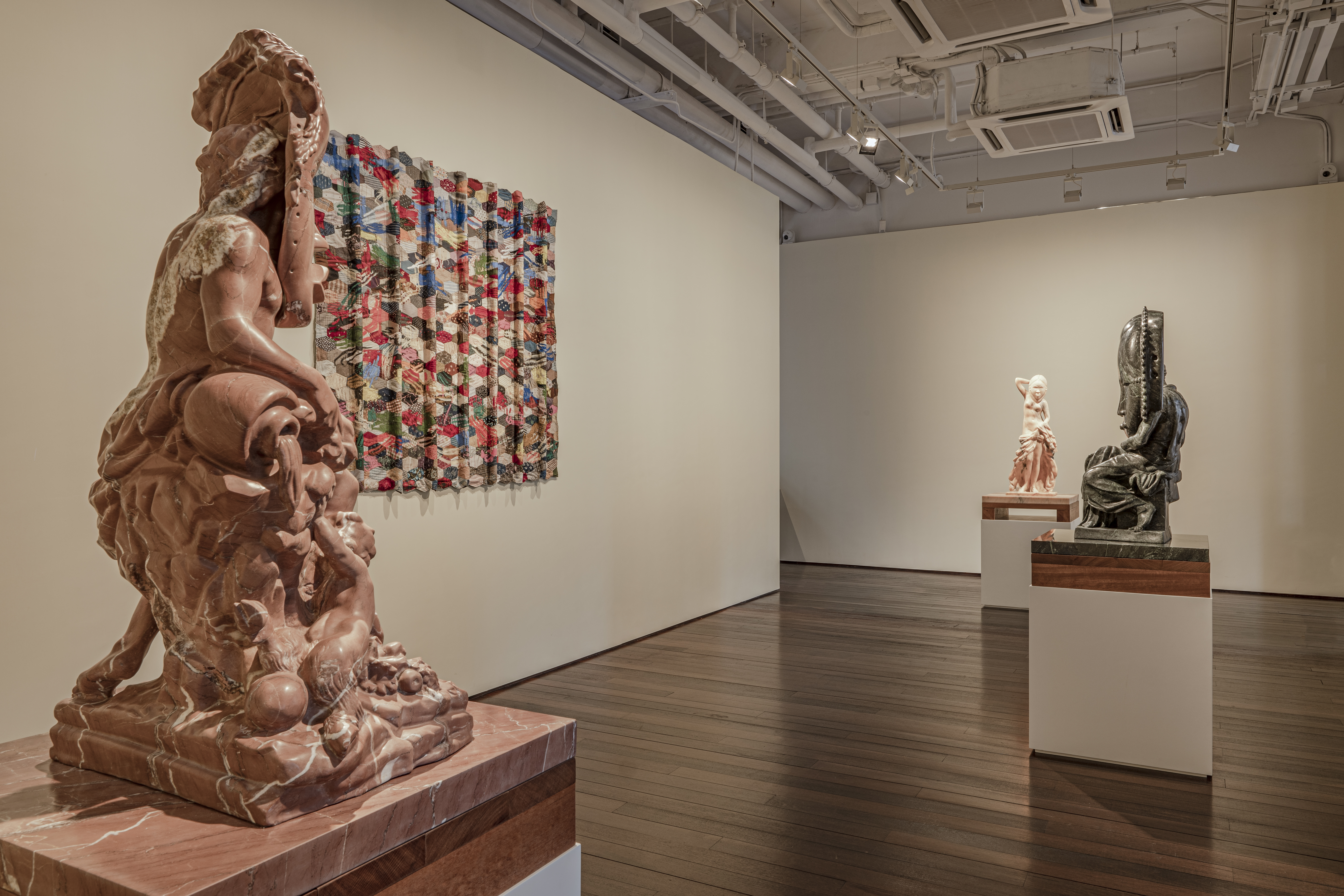 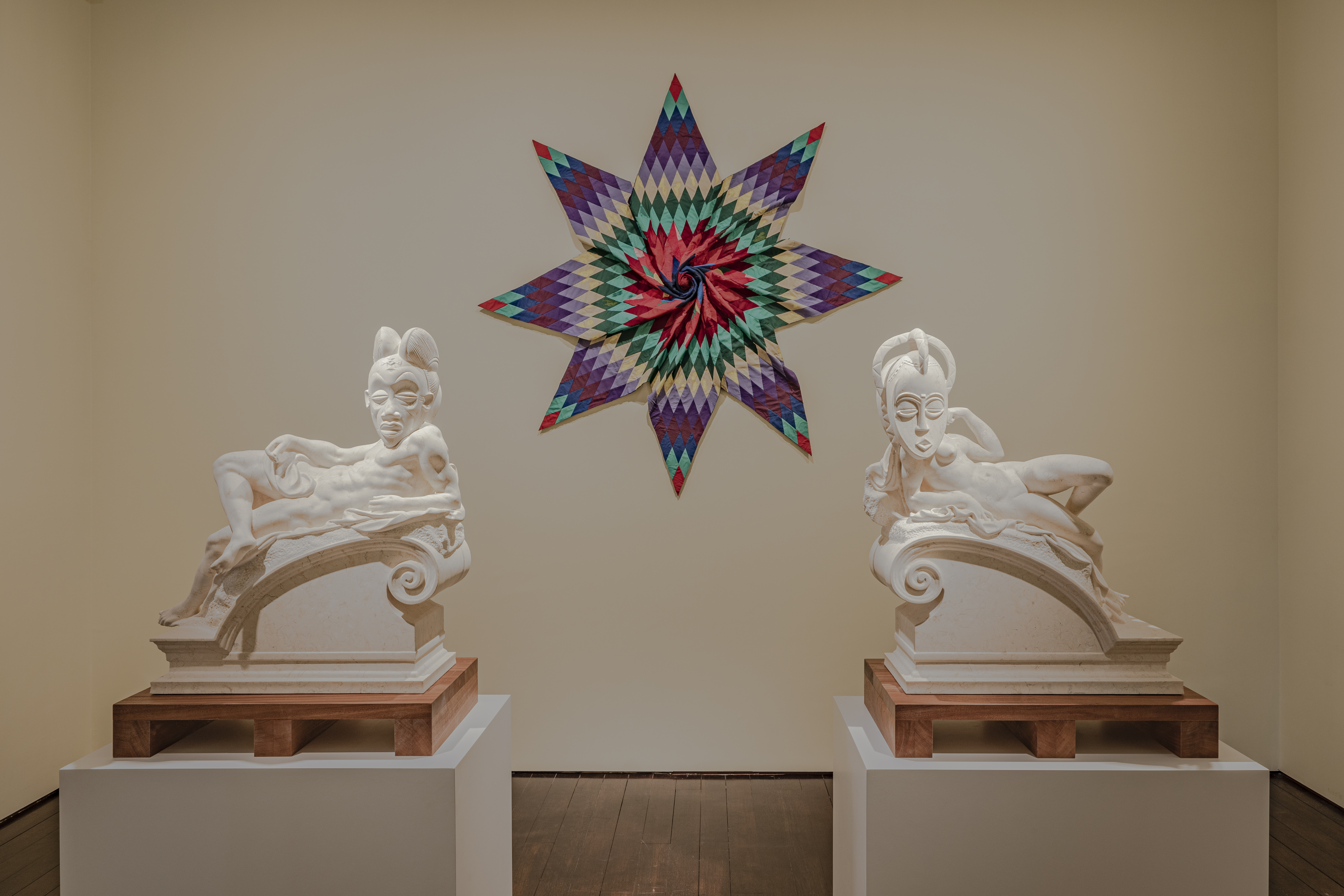 MASSIMODECARLO inaugurates our new gallery space with The Extinction Agenda, Sanford Biggers’ first solo exhibition in Hong Kong and his fourth with the gallery. The exhibition offers new works belonging to the artist’s ever-evolving Codex and Chimera series. At the heart of both series lies a debt to the open communication of knowledge and tradition between different cultures and nations. The exhibition’s title is inspired by one of the artist’s favorite musical albums, by hip-hop duo Organized Konfusion.

Sanford Biggers’ artworks travel across history and place, compressing time and geography by drawing together disparate aesthetics, humanities, and concepts. Though starkly opposed in their choice of materials, the quilt works of the Codex series and the marble Chimera sculptures question the nature of authenticity, authority and origin. The works in both series are created by patchworking together multiple opposing elements to create a new singular object, placing the original source material within a trans-generational and trans-national dialogue. The artist sees these as not only contemporary objects but  ‘objects for a future ethnography’, encouraging their provenance and object relationships to be studied, researched and continuously reconsidered.

Antique handcrafted quilts are the foundation of the works in the Codex series. Rumored to have been used as wayfinding by the Underground Railroad, quilts were encoded with symbolic messages and hung at strategic points to direct people towards freedom. Subsequently, the Codex quilts are encoded by layering and fusing together multiple textiles, symbols, and patterns before the artist applies painterly gestures and markings on the surface to create a cohesive work. This process draws together a range of makers as well as meanings and codes; the quilts are collaborative works between the artist and their original creators, whose physical gestures are memorialized in the quilt’s hand-stitching, while the patina left by bodies over many years of use creates unique surface textures.

Charade and Untitled are meticulously and intricately interwoven. Untitled is the third  ‘star’ work the artist has made. The shape alludes to the use of celestial forms as navigation via star maps, in which finding one star anchors you, pointing you in the direction of the rest of its dependable constellation. The patterned pieces of Untitled are hypnotic in their methodical and rhythmic placement. Charade, a new work within the Codex series, blurs the lines between a two and three-dimensional work. The undulating surface pushes the patchwork pieces out of their organised grid formation, forcing them to ‘glitch’, veer off course and step out of line in stark contrast to the neat concentricity of Untitled.

The Chimera works reveal Biggers’ engagement with the foundations of figurative sculpture. In these sculptures, according to the artist, ‘classical African sculpture and classical European sculpture come together in a mashup’, amalgamating a confrontational union of African and European masks, objects, and bodies into a homogenous marble whole. Andromeda, Nile and A Wiser Fool are evolutions within the Chimera series, with elements of their compositions featured in the artist’s 2021 MASSIMODECARLO London exhibition, Only the Ashes. In The Extinction Agenda Biggers explores and celebrates the effects, properties and allusions associated with different types of marble. Each work is carved in a different colour and regionally specific type of marble: Verde Rameggiato, Rosso Cardinale, Beige Galala Marble and Pink Portuguese Marble. Of Dawn and Dusk is the first diptych in the Chimera series. The artwork’s title refers to Michelangelo’s sculptures Dawn and Dusk (1531),  which formed part of the tomb of Lorenzo de Medici.

The Extinction Agenda proposes cohesive and united works despite their diverse sources and origins. The exhibition stands as a testament to the multiple meanings, codes and ideas that can coexist within one particular object as well as across culture at large. 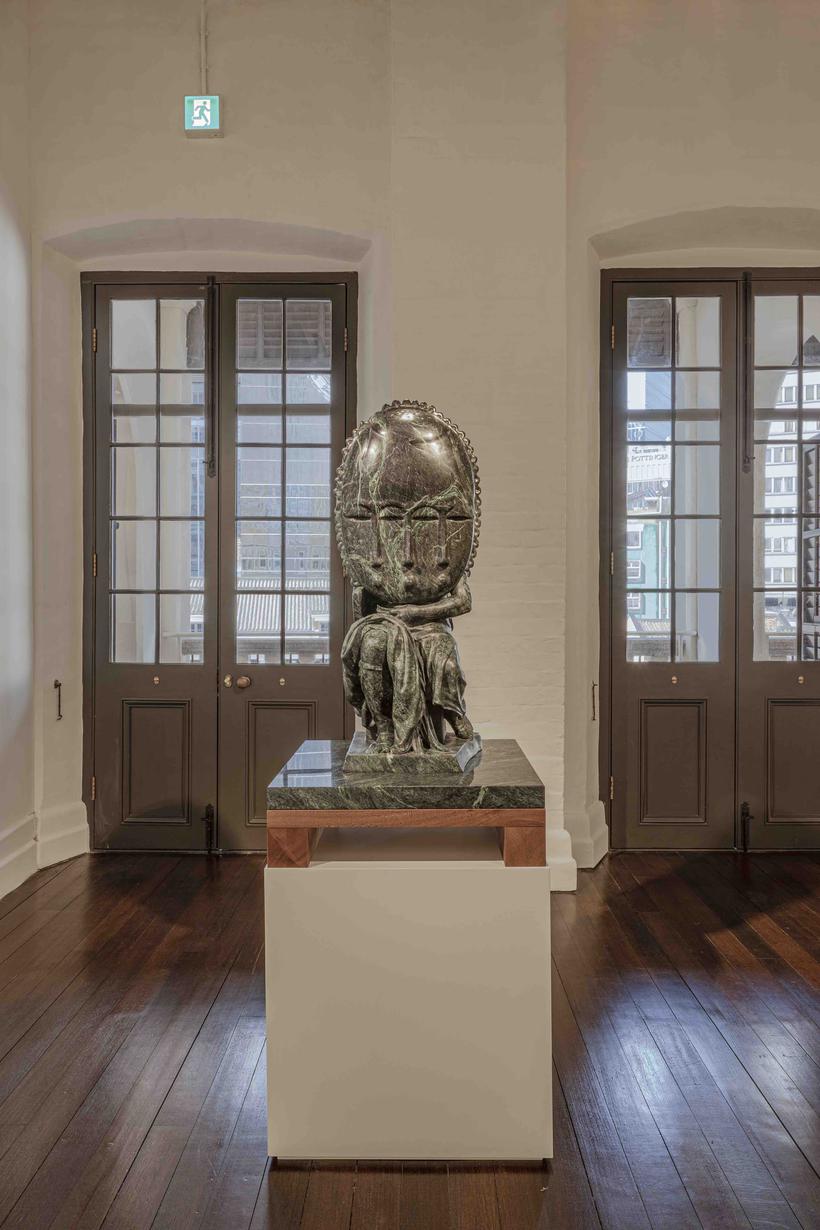 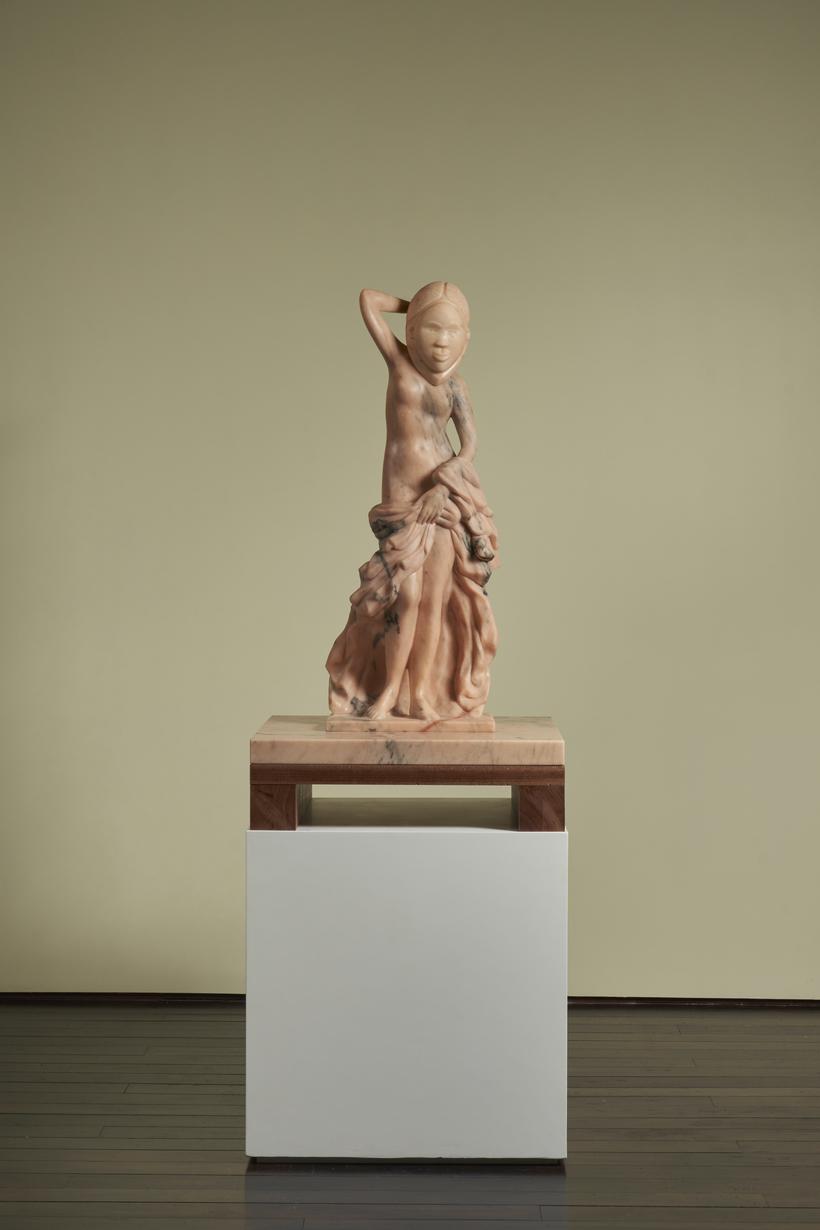 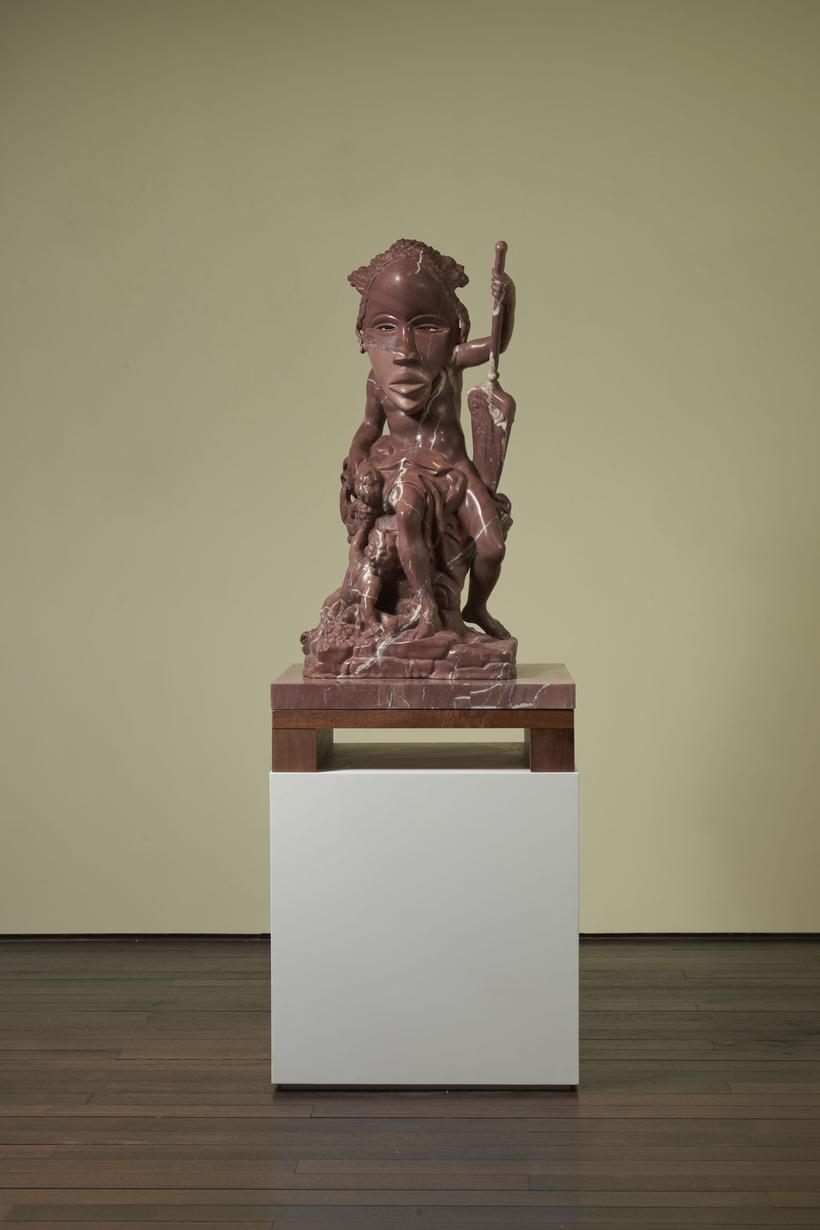 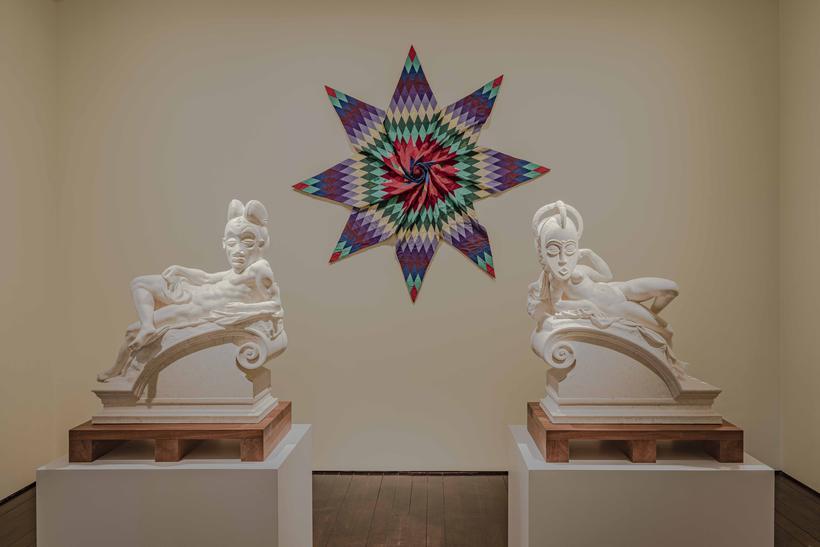 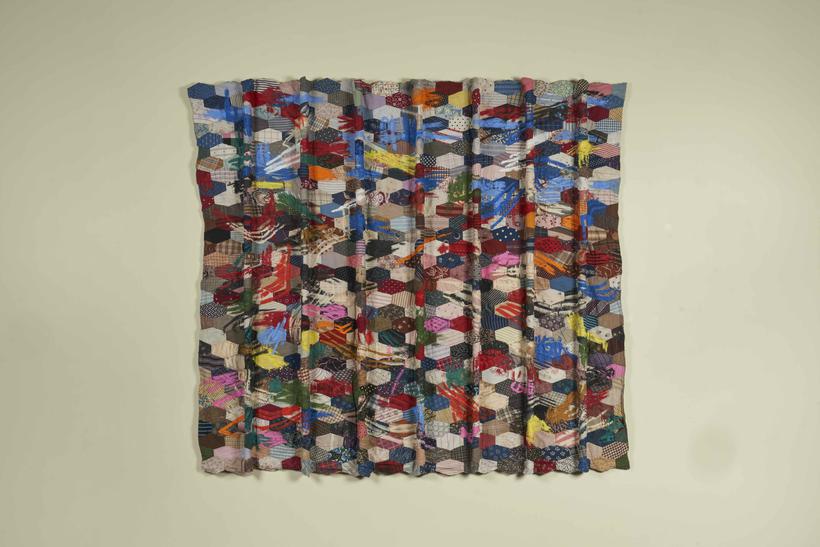 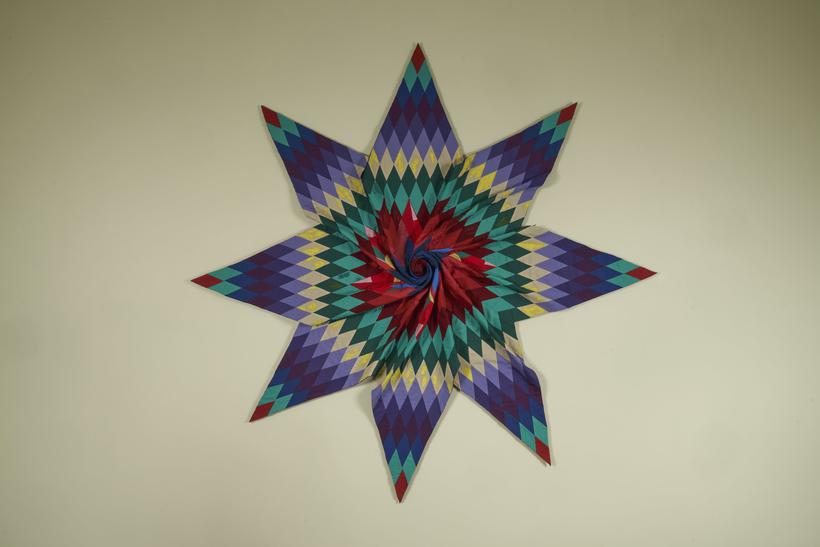